Just trying out some of these cards to learn how they work. Legacy online is close to dead, and the few players I come across have very good decks. Playing one of my decks just to try out cards means I play until its obvious I am about to lose, and then I concede. Here is a learning deck for White Blue Invasion. 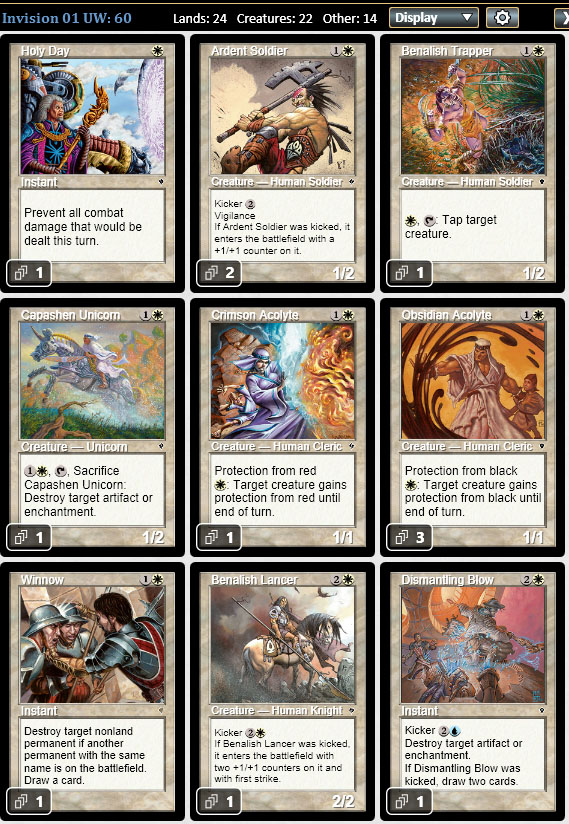 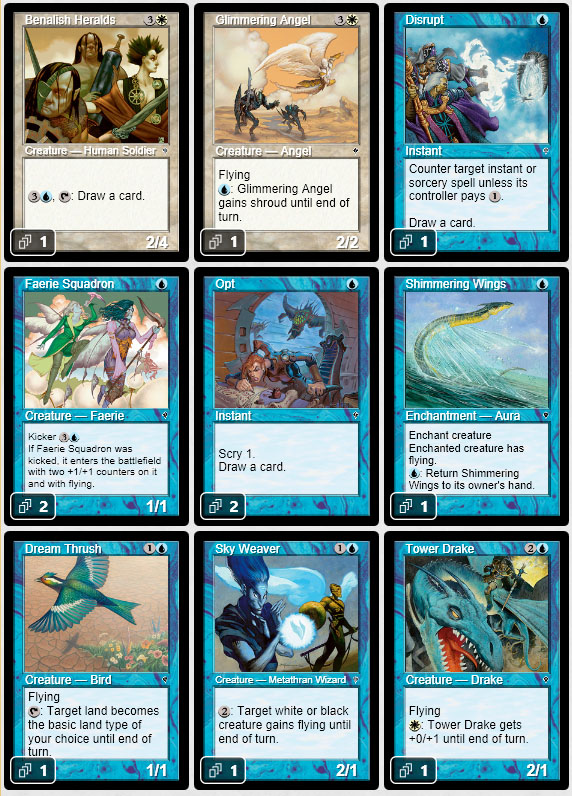 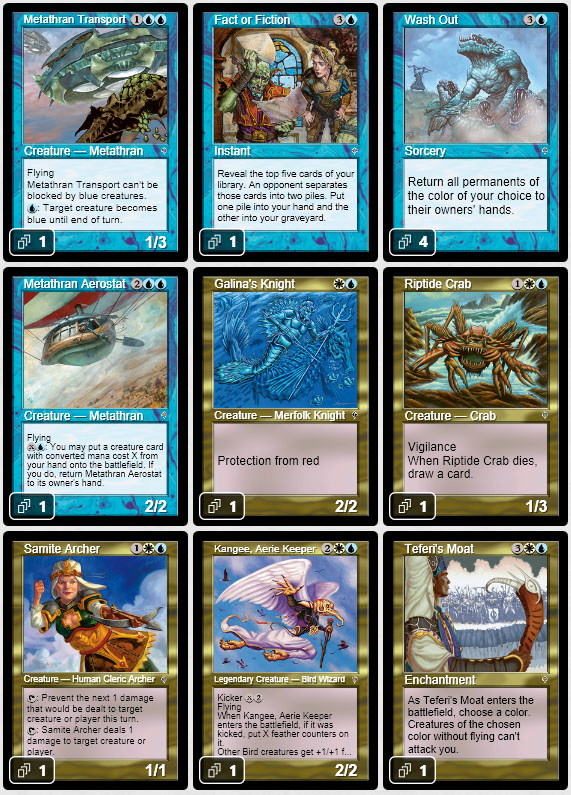 The stand-out card so far is Wash Out. I did not draw it in the following game and my flyers were a lot weaker than my opponent's. Usually Legacy creatures cost one to two mana more for the same power level than Modern creatures. 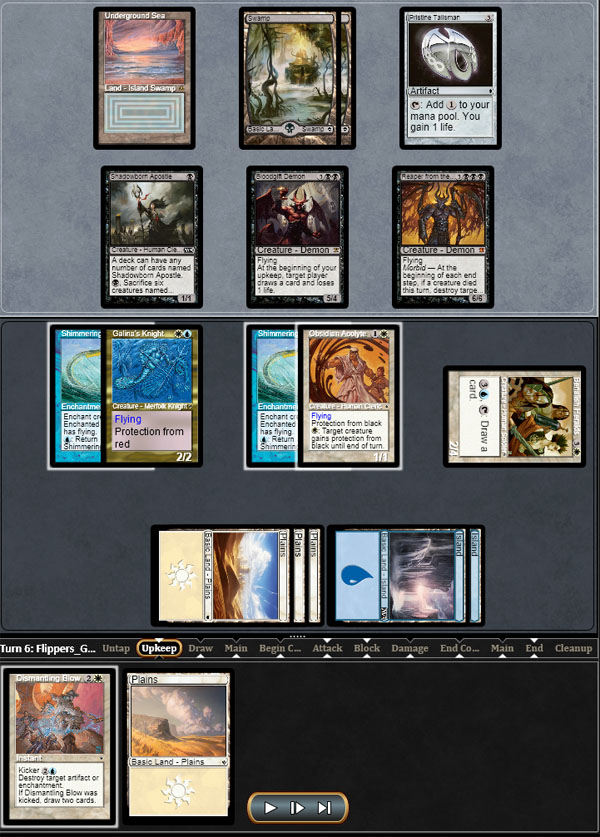 There was nothing I could do with my deck against this 12 Post deck except chump block and concede. Again, my flyers cost a lot to cast and are really weak. 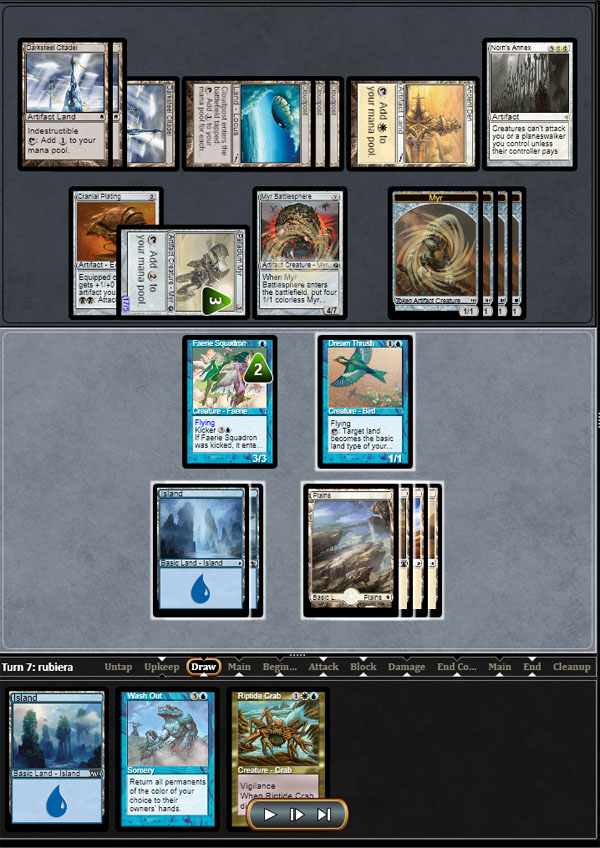 I got to use Wash Out here, and that was a cool effect to see in play. 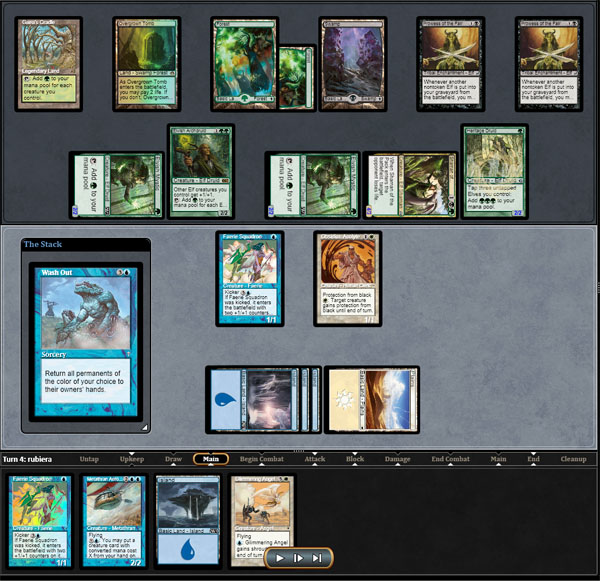