Jace, the Mind Sculptor as a Yugioh card

Having played a lot with JTMS in Legacy on MTGO, this card is missing a lot of how the card would translate into Yugioh,

IMHO. Jace is not a beat stick planeswalker, instead good at controlling the game. ATK 0 DEF 1000 is enough (think Relinquished with a def buff). If you can remove JTMS when he lands, he is easy enough to remove. In that sense, he is a lot more like Yata Garasu + Relinquished. The effects are the ones that matter. Jace controlling the top of your opponent's deck is super strong. In Magic, you make your opponent keep drawing lands and it's usually game over. I would translate that to something like 'If your opponent has at least one effect monster on the field, look at the top of your opponent's deck and choose from placing that card back on the top of the deck or at the bottom of opponent's deck.' The second effect is Brainstorm, and I would translate that to 'If you control no monsters on the field, look at the top three cards of your deck and place two of those cards back on the top of your deck in any order.' I would translate the Unsummon effect to 'If your opponent controls at least two monsters, send one of those monsters back to the hand.'

And then, of course, the JTMS ultimate is just sick in Magic. But in Yugioh, unlike Magic, there are many ways to interact with the exile/banish zone. There is one, just one lonely creature in Magic that can be played from exile (Misthollow Griffin from Avacyn Restored), and nothing else interacts with the exile zone, period. This one is very difficult to translate. Because in Yugioh your opponent could use the newly exiled graveyard a lot more, I would change the hand draw clause. I think a JTMS ultimate in Yugioh could read something like: 'If you have less than 2000 life points than your opponent, banish your opponent's graveyard and hand, then your opponent draws five cards from their banish zone.'

And for the final flavor fix, I would have JTMS as a ritual monster since he is blue in Magic. 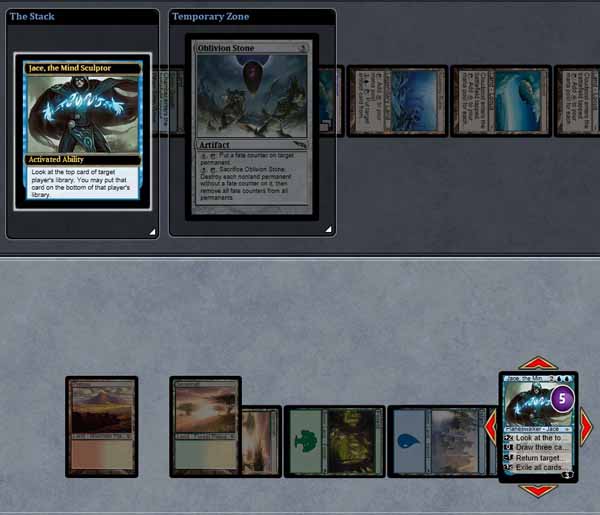