The Irony of an EDH spike

A spike in the price of a card is usually abbreviated as a 'spike.' EDH, or Elder Dragon Highlander, or Commander, used to be the format were junk rares (and mythics) were put to good use. No longer; now, there is a competitive EDH, or cEDH format, in which players jam their decks with every possible broken card to win at all costs.

Wizards has done a great job to capitalize on this popular format (good for them, and even the players). But now, instead of someone saying about a card 'it will find use in EDH' and meaning that it is a cheap card, this more often means that it is a valuable card. This makes sense: as the Commander format has exploded in popularity, cards good for the format have risen in value. And so now we have EDH spikes... You can't fight progress. 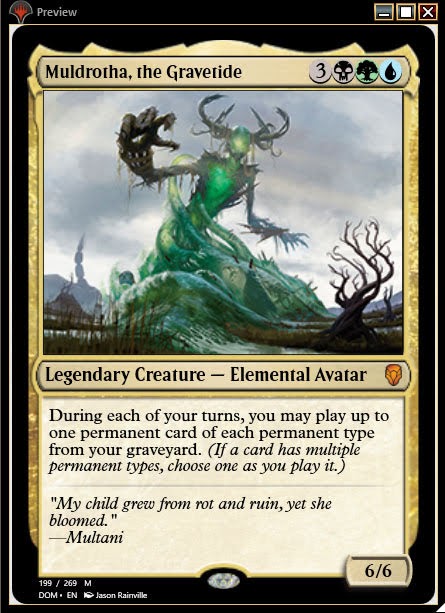 I am having too much fun with Pokemon Sun and Moon and I am also not a fan of spending so much money on Magic for every conceivable format. Vintage and Legacy have always been out of reach, then Modern became out of reach. Pretty soon, Commander will also be out of reach. I guess there is always Standard.
Posted by Rubiera

Prices of the old cards went up by a lot during the buyout phase of the Magic bubble. The bubble is still there, same as the other bubbles in the U.S. economy. I wanted to take a quick snapshot and see if there is any deflation already happening. I see very little deflation. I am waiting for all of these cards to go down to prices that are no more than twice what they were before the bubble. They are all unplayable, and can only be collector's pieces.