The buyouts have continued. Here is a sample of notable ones. There is no logical way to explain why these cards have spiked except that they are on the reserve list. As far as I know, all of these cards are unplayable in all formats.

Thanks to MTGGoldfish, awesome site, check them out here:
https://www.mtggoldfish.com/prices/online/standard

In all of these price histories, I have slipped to the left a little to show the fine detail in the price history before the buyout.

This progression begs the question: which Reserve List cards from Arabian Nights, Antiquities, and Legends currently valued at under $100 have yet to spike? I have highlighted these in purple. Here is Arabian Nights. There's not much meat left on that bone! 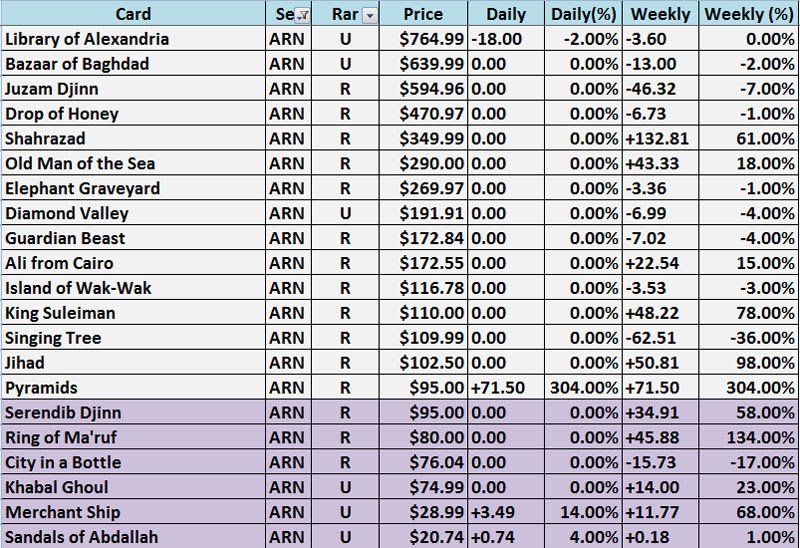 Here is Antiquities. Most of the cards yet to spike are U3s, otherwise referred to as uncommons. 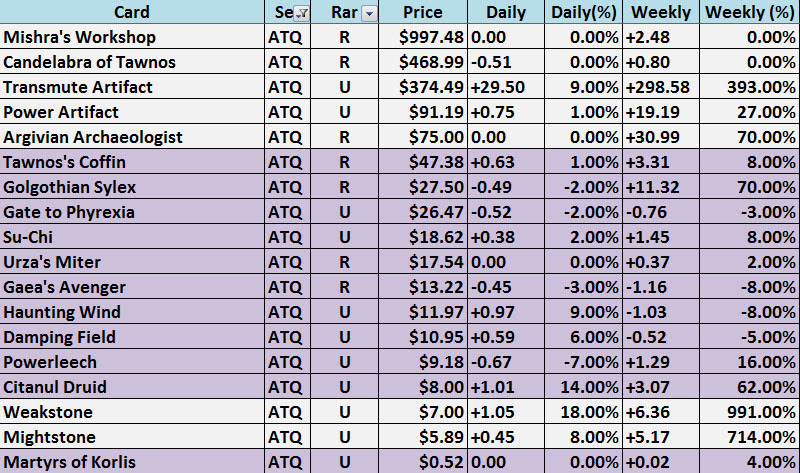 Legends is where there are many rares yet to spike. If all of these do, that will signal the maturity of the current bubble. If they don't, it may signal that there is a specific plan to the buyouts, and that they follow a long-term schedule that began before this Summer-there have been a range of buyouts taking place since Summer 2016. 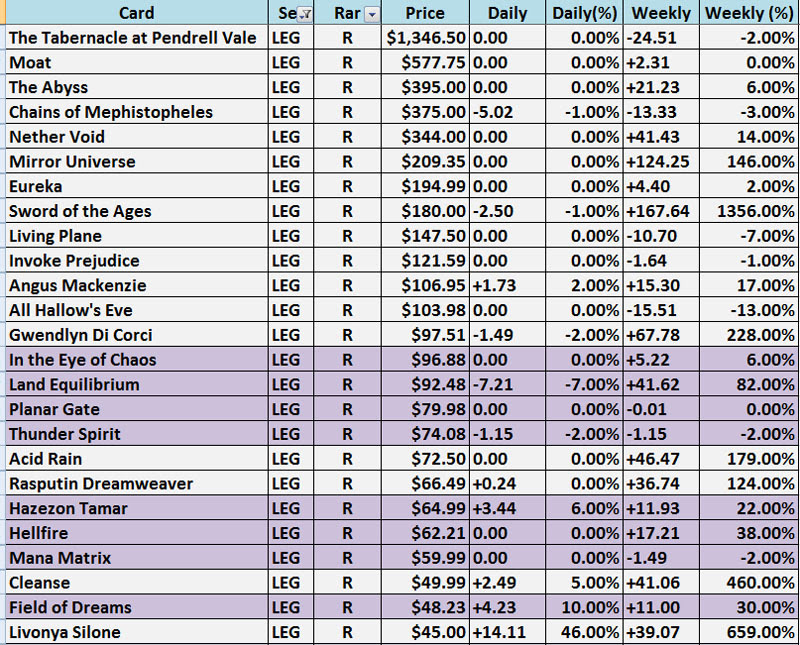 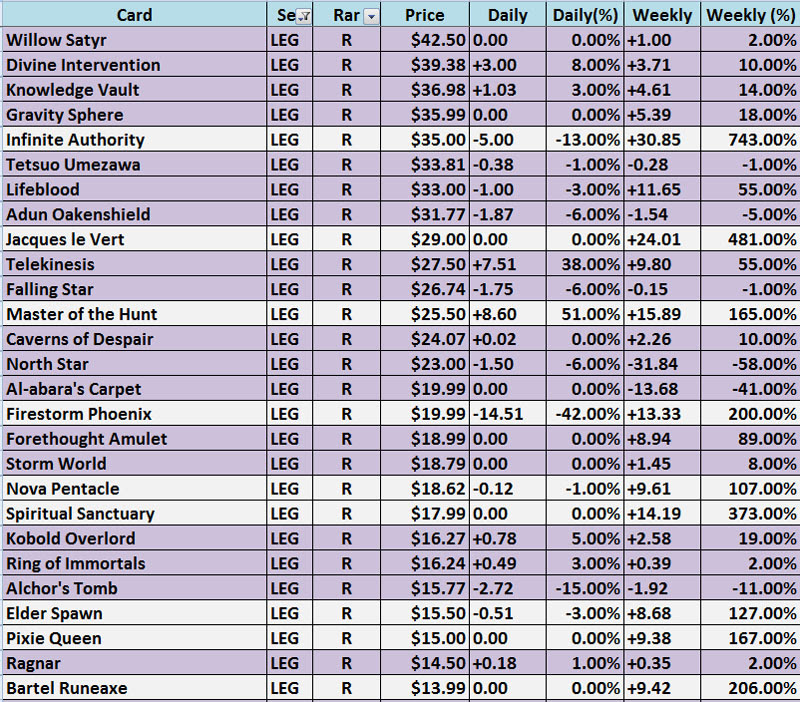 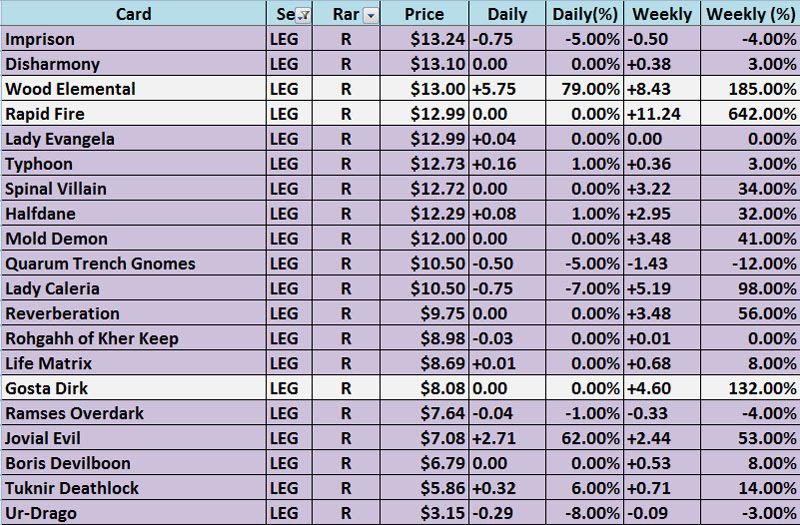 September 2, 2017 update: I will add a few more, yet there are many of these cheaper rares, especially for Legends, that have only increased by a factor of two to five, and some have not moved at all.

September 6, 2017 update: Bubbles are ridiculous and stupid, yet, like train wrecks, it's impossible not to want to watch them unfold. Here are three more buyouts. Stangg isn't even on the Reserved List... what?

The bubble is not completely built on the premise that rare Reserved List cards will not be reprinted. It also comes with a second expectation that rarity alone deserves a much higher price. I wonder ow long all of these prices will hold.

It has just begun. It has been brewing for a while, and now, it is finally here in all it's glory. Look at these ridiculous price spikes.

Thanks to MTGGoldfish, awesome site, check them out here:
https://www.mtggoldfish.com/prices/online/standard

In all of these price histories, I have slipped to the left a little to show the fine detail in the price history before the buyout. I am still in shock. Only a week or so ago I received small batches of cheaper Arabian Nights, Antiquities, and Legends cards I was buying to build a 360 card UltraPro book. That project, obviously, has been postponed indefinitely.

Elephant Graveyard has gone from $50 to $425. Because, you know, it's a staple in zero formats.

Shahrazad, which is one of the most iconic cards in Magic, yet is banned in ALL formats, has gone from $90 to $360.

The same story applied to the cards below... so sad to see this hobby go through a bubble. I am hoping the bubble loses steam before it damages the broader hobby.

And this card is not even on the Reserved List?

I just bought one of these for $1.

Go back to part 4

This is the final version of this Solitaire test deck to test drive my spanking new Black Lotus rental. I switched in two Wurmcoil Engines for two Endbringers. It happened often enough that I would have a Mishra's Workshop doing nothing for me.

Here is a starting hand. It felt a little too heavy and I opted for a mulligan.

Ancestral Recall is great in an opening hand.

I chose not to keep Mox Pearl. 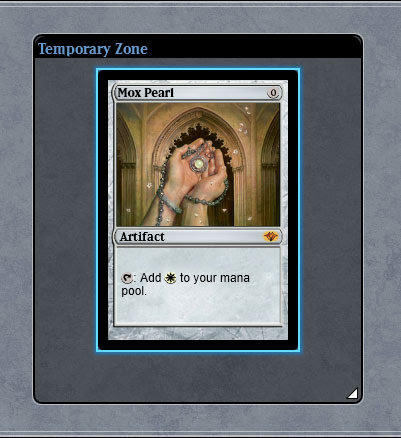 And instead I got a land to get blue from, and then I drew a Mox Ruby.

A Phyrexian Metamorph without a valid target is dead in the hand.

And then I draw a Precursor Golem and cast it immediately. 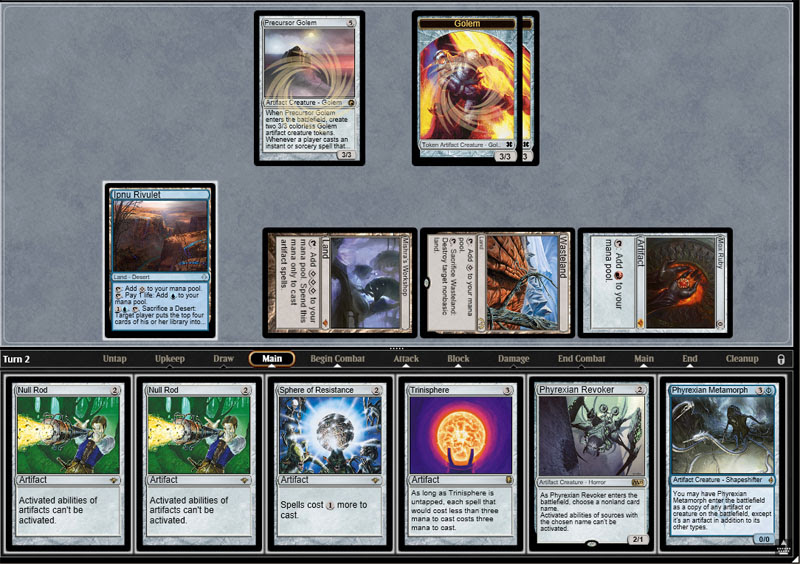 Now I have a valid target for Phyrexian Metamorph. 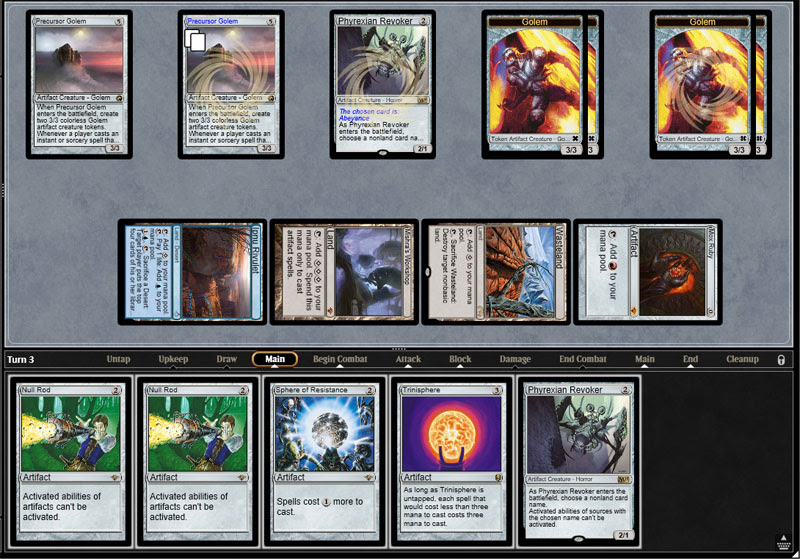 And I can even cast a Wurmcoil Engine. 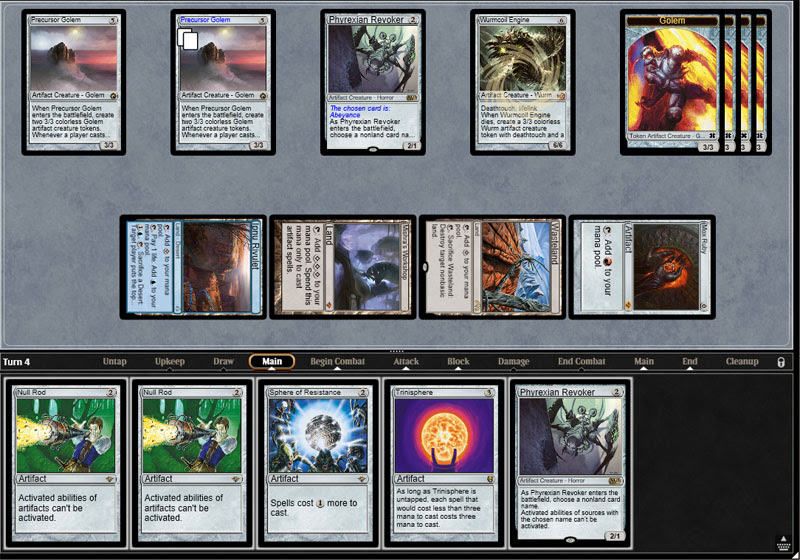 It's overkill for a Solitaire game, but why not: I cast a second Precursor Golem. 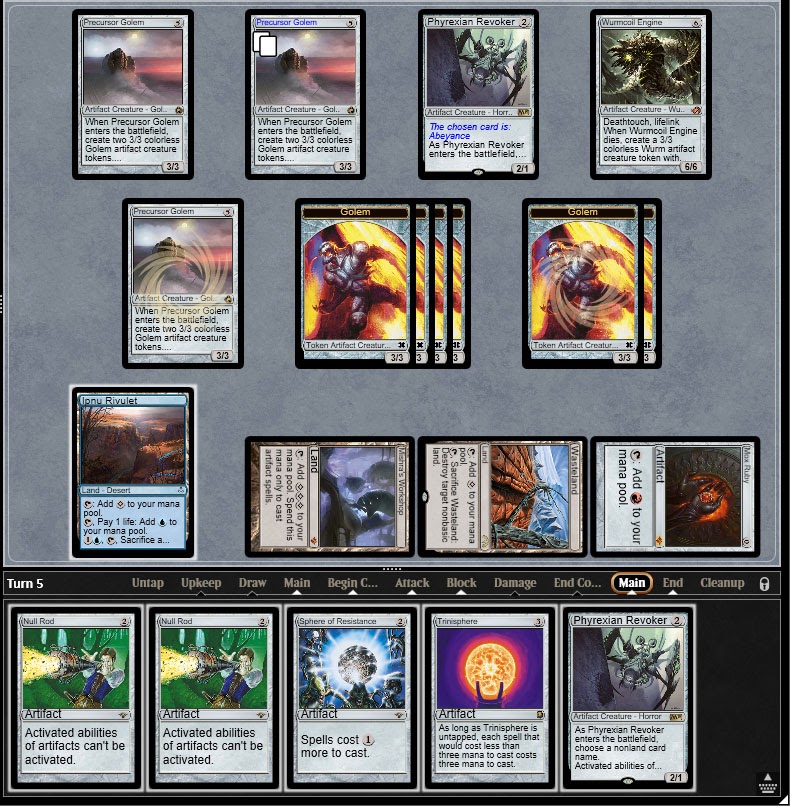 Then I shut the board. 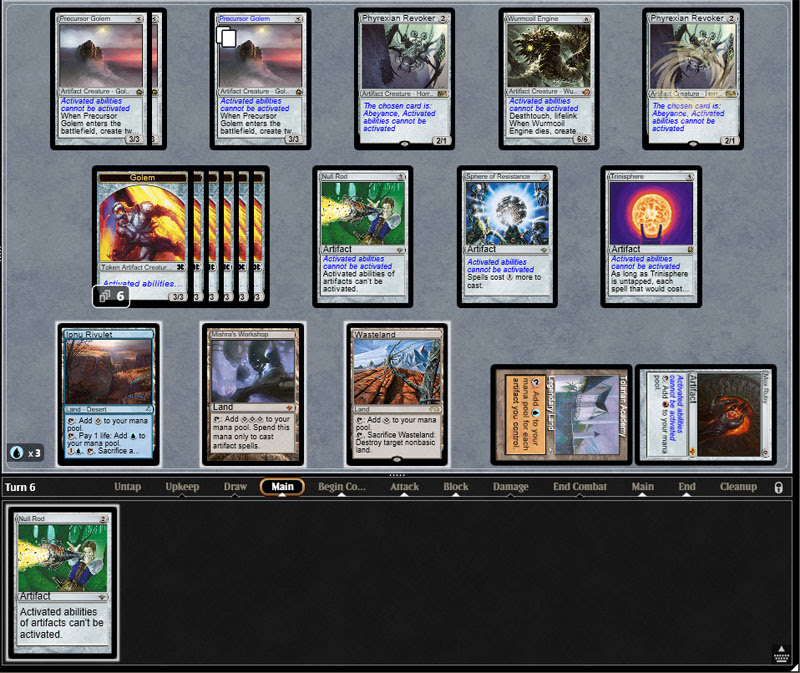 Here is a another starting hand. I choose to mulligan.

And once again I draw a Library of Alexandria (sweet!).

I reject this Null Rod. 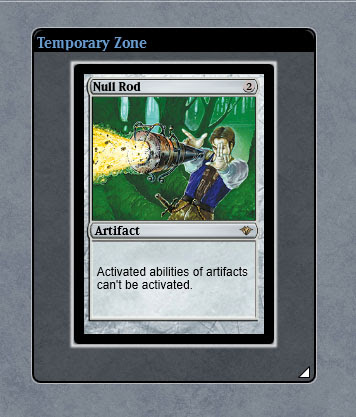 Instead I draw a Tolarian Academy.

I am ready to build a strong hand. 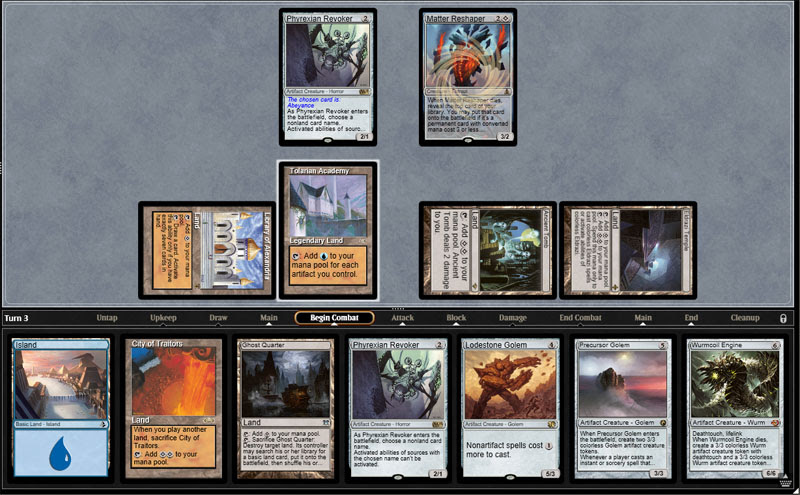 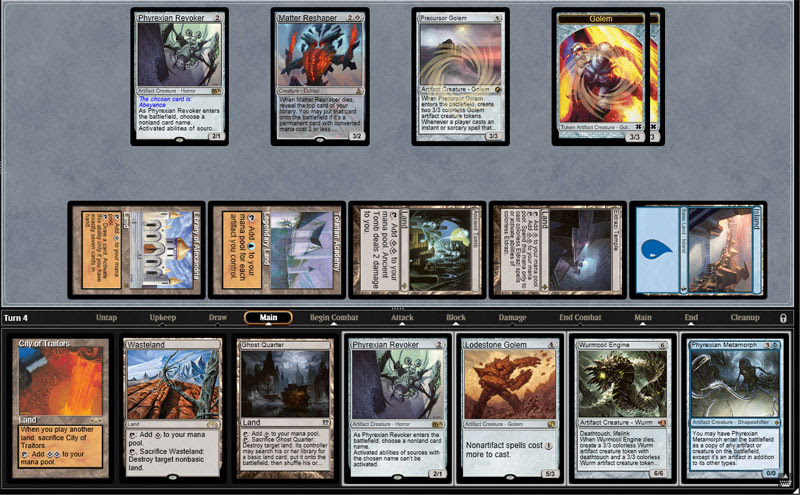 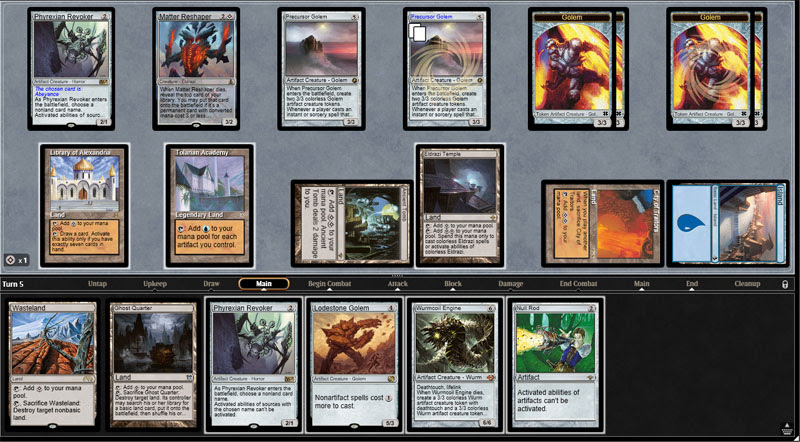 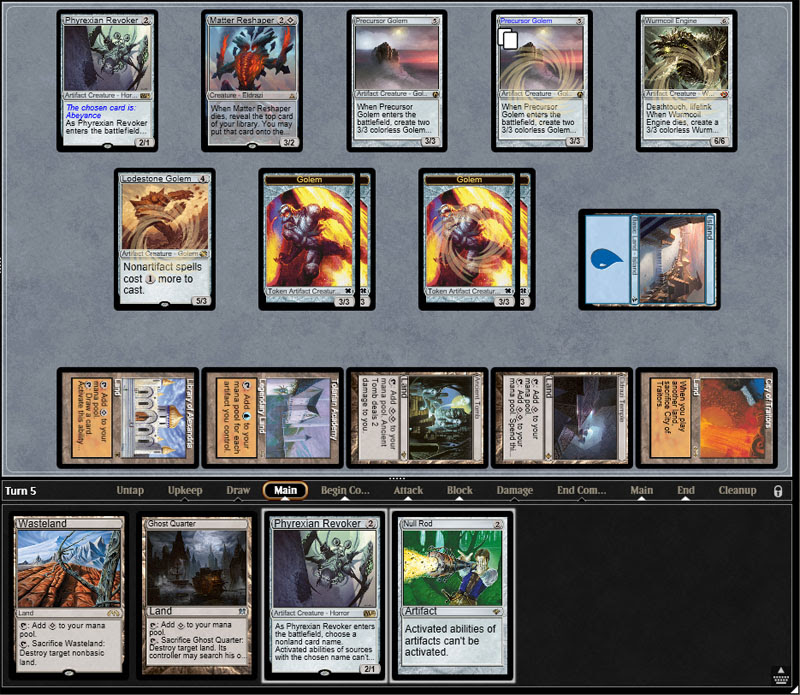 Here is another starting hand. Black Lotus is such a huge boost. 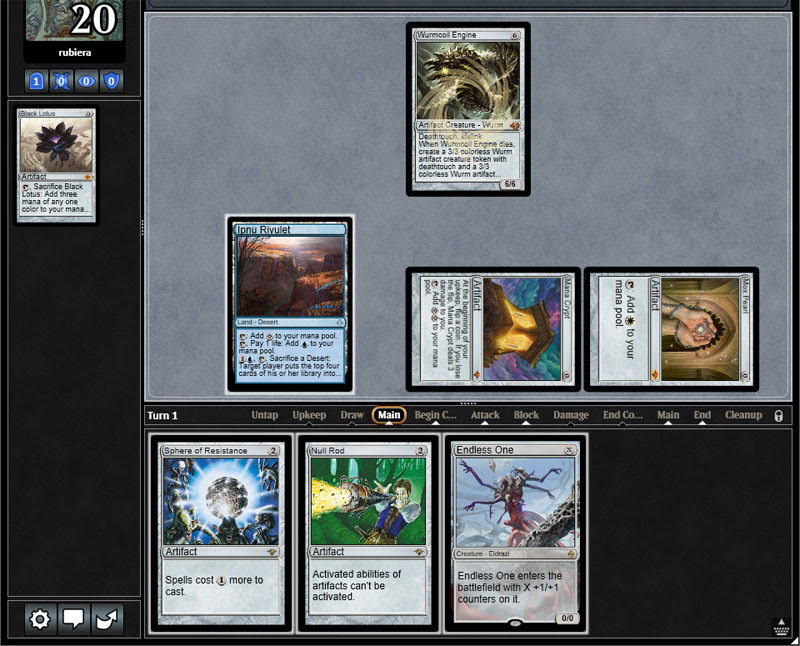 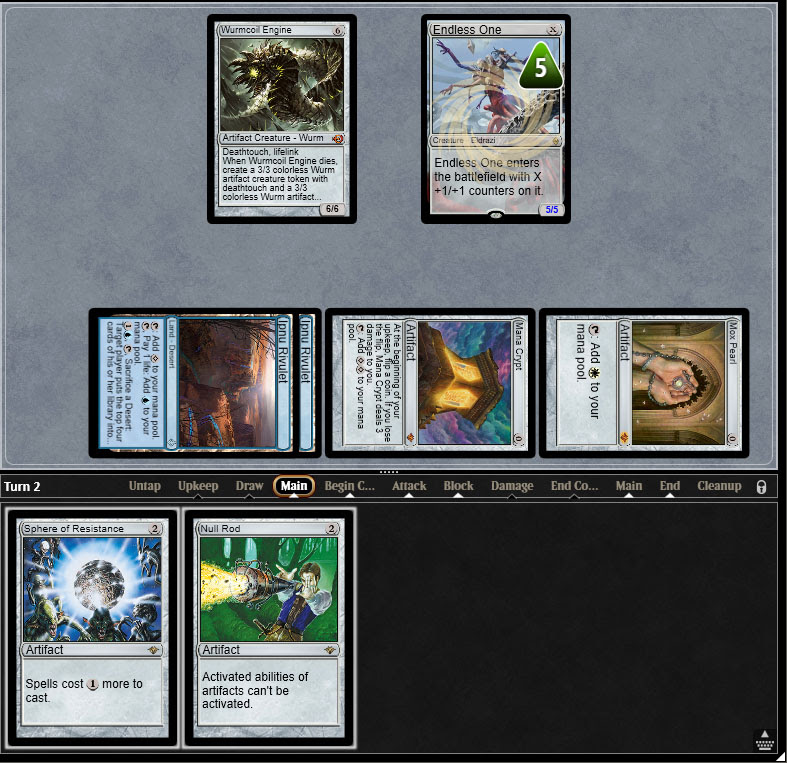 I played Null Rod in error. I should have played Sphere of Resistance first. 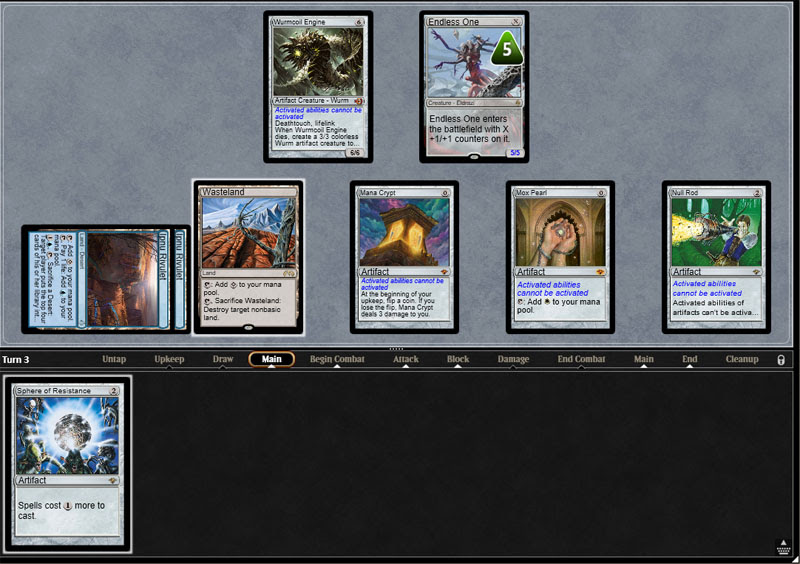 Here is another solid starting hand.

Once again, a turn 1 Wurmcoil Engine. 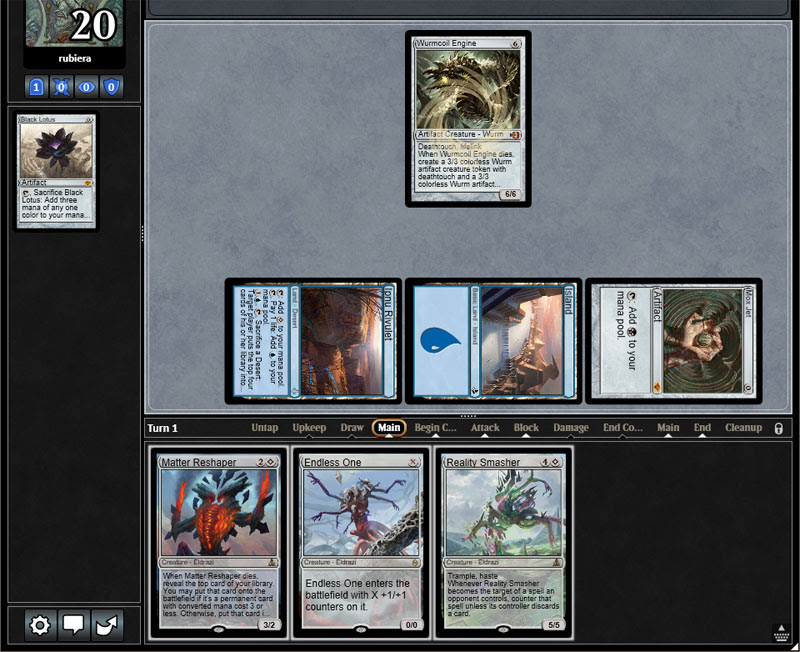 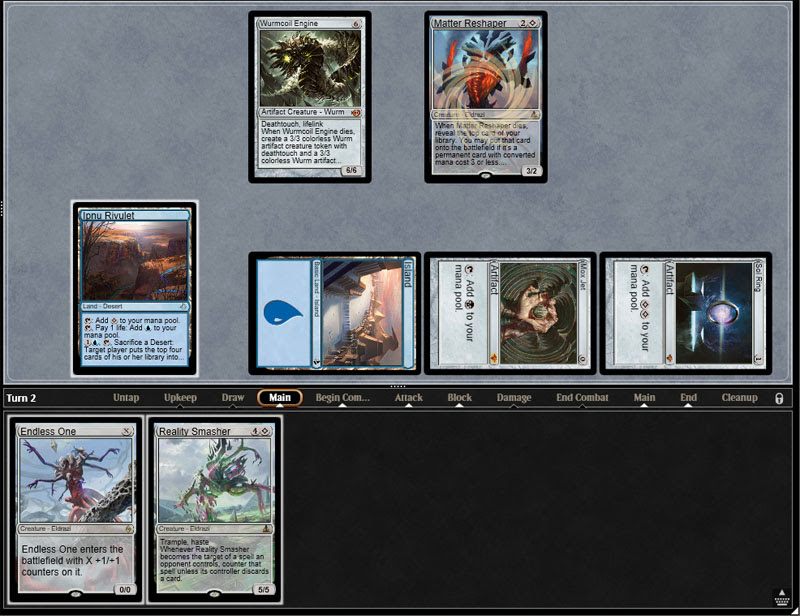 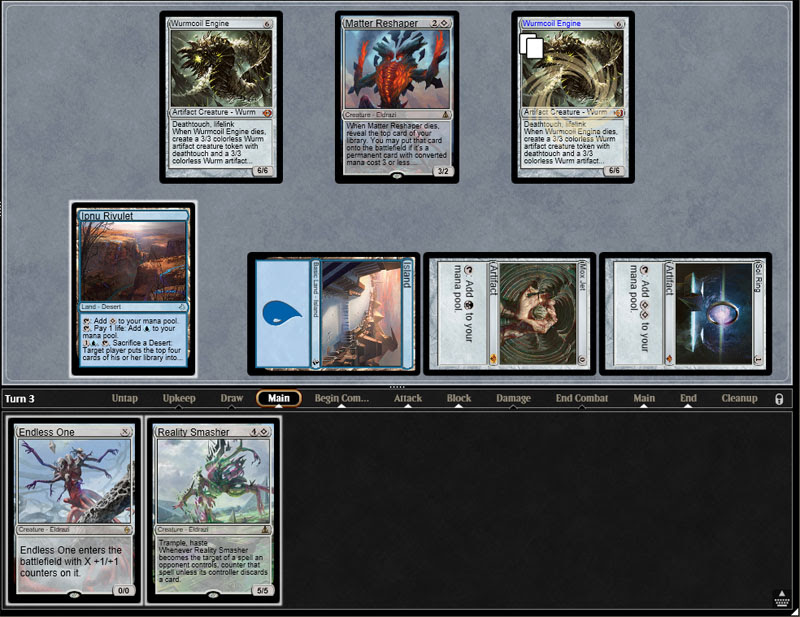 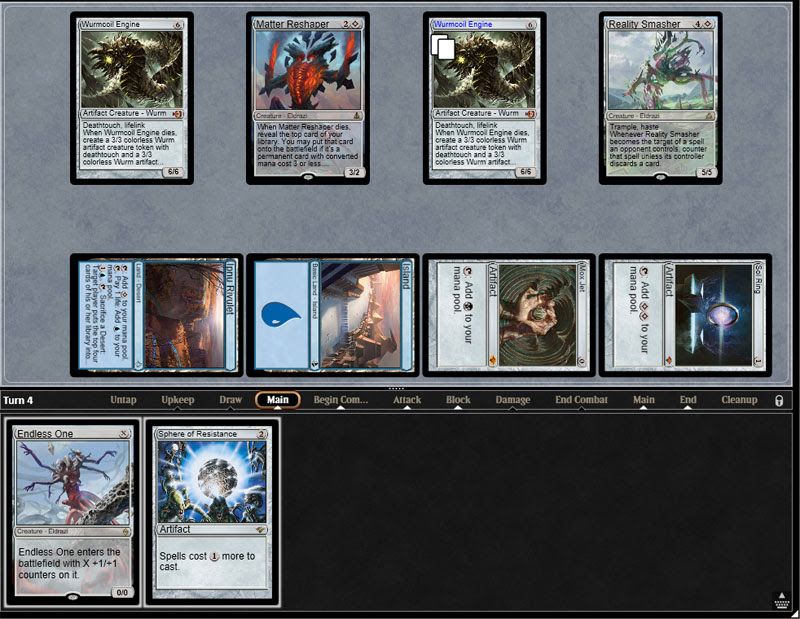