What Cards to Have Sequentially to Become a Johnny Deckbuilder?

I would amend the question to from "must" to "should sequentially" own because your play will develop as you play more, and as you find the play style that you like best. If you develop into a deck brewer Johnny like me, you will likely want a very different set of cards than if you develop into someone who really wants to win and compete in tournaments (referred to as a Spike). There is also a Timmy, someone who likes to make big, crazy plays, but I don't know anything about how Timmys develop... There's one thing I know about Timmys: some Timmys-perhaps ALL Timmys-think they are Spikes, but all they do is build these janky and annoying decks that can have solid winning streaks, until they don't. Timmys don't have the patience and open-mindedness to become Johnnys and don't have the pragmatism and cold and calculating skills that are needed to become a Spike (sorry, Timmys). A spike will know to play any deck that has the highest probability to win. A Timmy will only pick decks that are quirky and "cool," and that show off how smart they are. Spikes want to win, Timmys want to show off smarts, and Johnnys want to learn and teach. People talk about Vorthos (players who focus on the story line of Magic).... that just sounds like marketing group-think. There are also evolution paths: you can go from Spike to Johhny and from Johnny to Spike. If you are a Timmy, you will probably stay there for as long as you play Magic, unless you have an awakening, and then jump to the Spike/Johnny linkage. If you are a Spike or a Johnny, you will not become a Timmy. Actually, if you are a Spike or a Johnny, you will not remember any game against a Timmy fondly (sorry again, Timmys). Storm and Eggs are Timmy decks. Wizards is smart to keep these in check, and lets these decks live an uneasy life because Timmys also buy Magic cards.

What I write here applies to paper and MTGO.

1. Each color has one or two 'go to' cards you will find in casual deck after casual deck. In white, in Legacy, it's [[Swords to Plowshares]], and in Modern, it's [[Path to Exile]]. [[Lightning Bolt]], [[Rancor]], and [[Counterspell]] go in every deck of their color. Of course, if you have money to burn, you will need, in Legacy, playsets of [[Wasteland]] and [[Force of Will]]. If you have "the money, supersized version," you will need one of each of the Power Nine, maybe minus [[Time Twister]] and a few additional cards, depending on the decks you decide to play as a new player. You can spend a couple of years in this step, and you will likely start with Standard, move to Modern, and, in the money versions, money "light," it will be Legacy, and money "supersized" it will be Vintage. Many players quit here. Also, if you have the money, you should skip to step 3 below and then pick up with step 2, even if you don't need expensive lands for step 2, and you just need to learn linear strategy.

2. Once you have some basic non-creature spells, and have played a bunch of the typical decks (control, milling, land destruction, combo), you will want to try a few tribes. Elves first, and in Legacy; then Goblins, also in Legacy. Then, you can pick some other tribes, maybe Merfolk, just because they have so many lords (cards that buff the tribe +1/+1 and enter at three mana).

3. Up to now, if you are poor person, all you needed was basic lands and 'enters the battlefield tapped' common dual lands. Now you have cleared the basics at different levels of money spent, you need to have a complete land base if you have the money, or a poor person's complete land base if you don't. This step has to be completed to move further. If you stumble on this step, anything you do beyond it will force you to come back to this step.

a. The money version: full play sets of all fetches, 2 each of every shockland, and full playsets of all check lands (allied from core sets, enemy from Innistrad).

a1. The money, supersized version: add full playsets of the blue ABUR lands, others as needed by the major Vintage/Legacy decks. You will need a solid collection of old cards to tell real from fake. Basic ABUR lands will probably be all the cards you need for comparisons. You may want to buy only from major sellers.

4. At this step, as a Johnny deckbuilder, there will likely be branch-offs. Some people fall in love with one format-or only have enough money for one format, usually Modern. Some people have even more Johnny and/or money in them, and in that case, you are likely going to want to play all of the formats. From here, there are too many paths... which is what makes Magic such an awesome game.

In my case, I am only on MTGO, and play a Standard/Modern/Legacy in a variable mix. Now, it's 90/10/0, and only because Legacy online is somewhat dead. I play a lot of Legacy Solitaire just because I like to see how old casual cards play. I have tried EDH, and so far, I am not finding it to be as awesome as other people do, and I hope that changes in the future because I have enough cards to play it. I haven't tried Pauper, and I should at some point. I tried Frontier, and am waiting for that cardbase to get bigger, maybe like two or three years bigger. 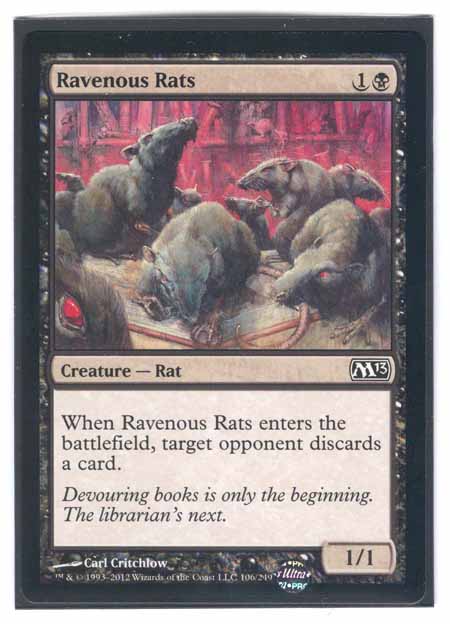