It took me a while to optimize this deck, partly because I am having too much fun on Reddit, and partly because some decks just take more time than others to optimize. I had to get over the fact that Blue/Black Zombies is no longer a viable deck, then I did not want to buy a play set of Ammit Eternal, which is way better and way more central to this type of deck in the current format than I imagined. Afflict 3 is beastly! Finally, I didn't realize how good Liliana's Mastery in this format and in this deck. 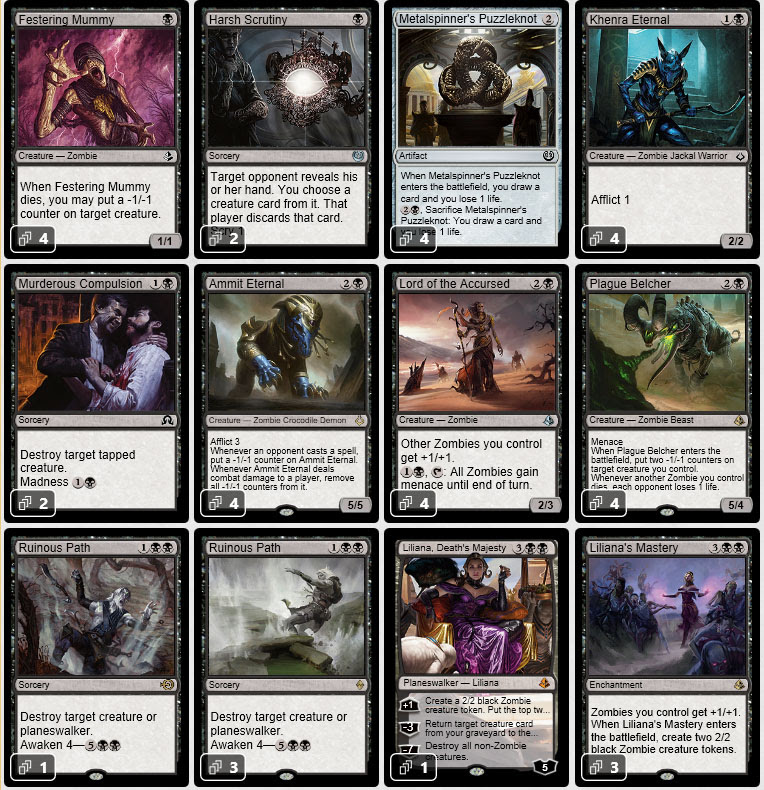 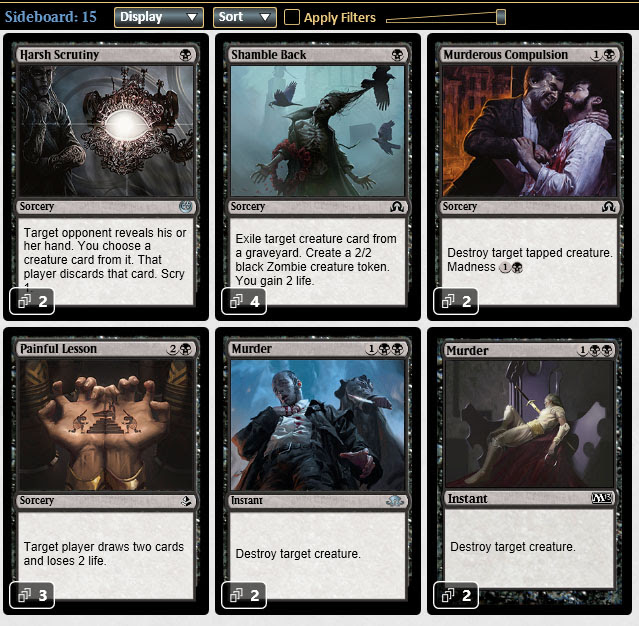 Step by step I got myself to winning almost every game in Just for Fun.

Here is a win against Blue/Black Zombies. I was down at some point. 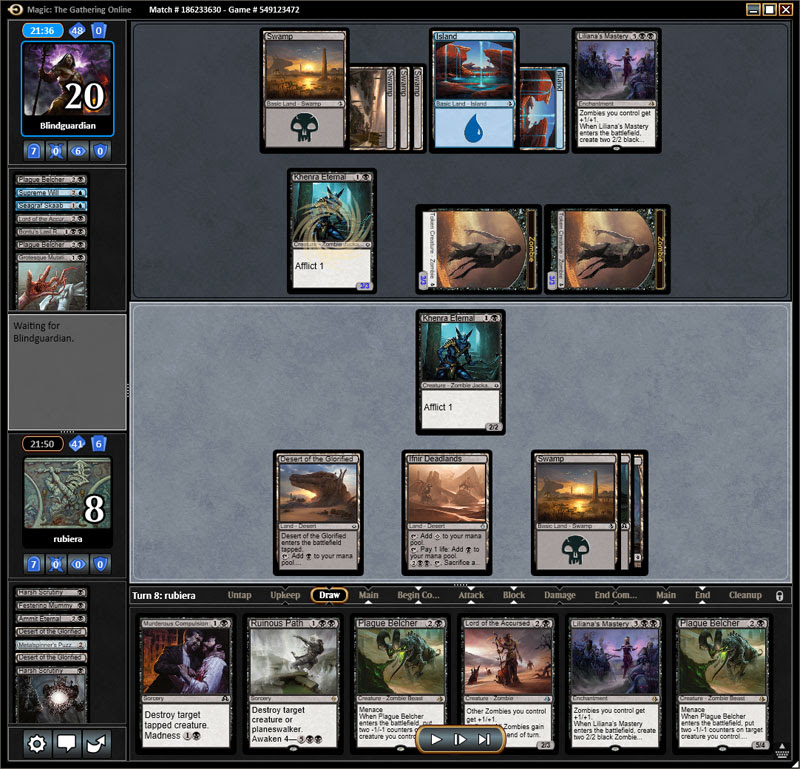 I then I got into a better board position that matched my opponent's. 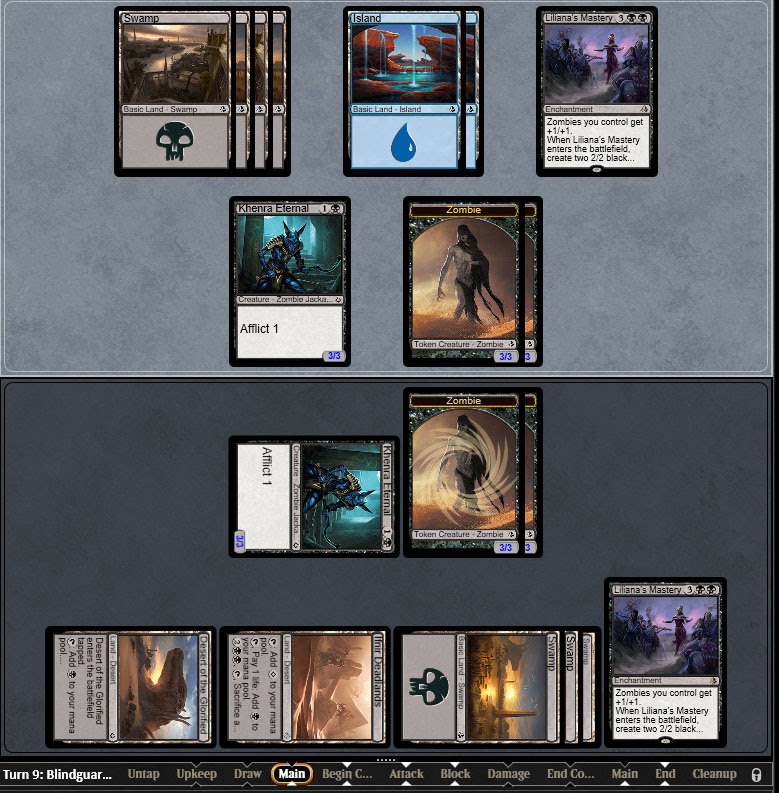 After some grinding, I was able to cast a second Liliana's Mastery and my opponent conceded. 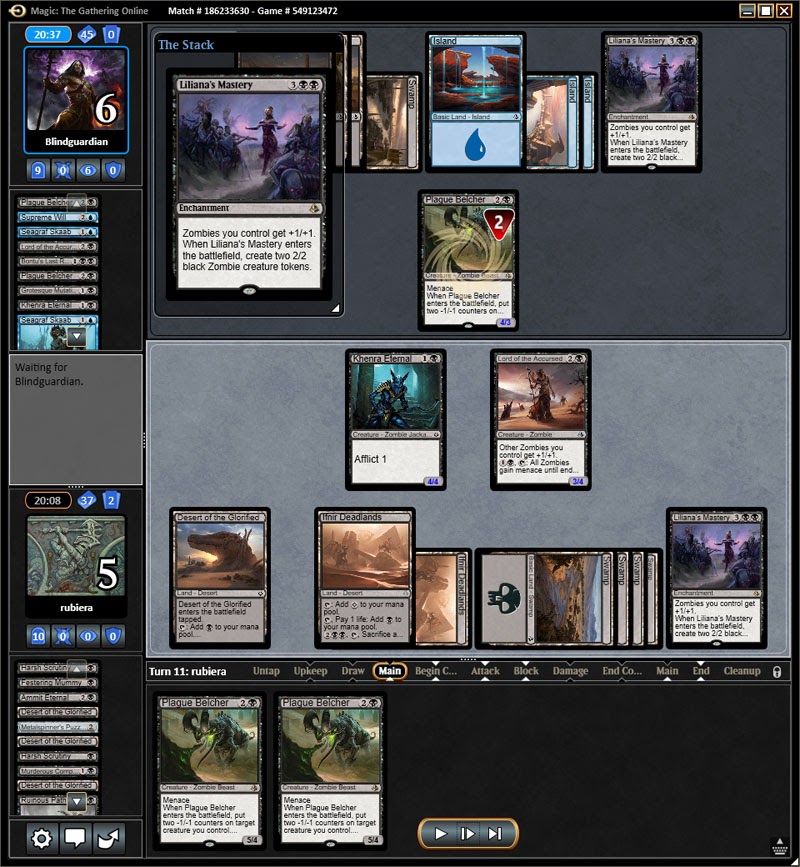 Here is a win against a Panharmonium deck. Here I take out a flyer. 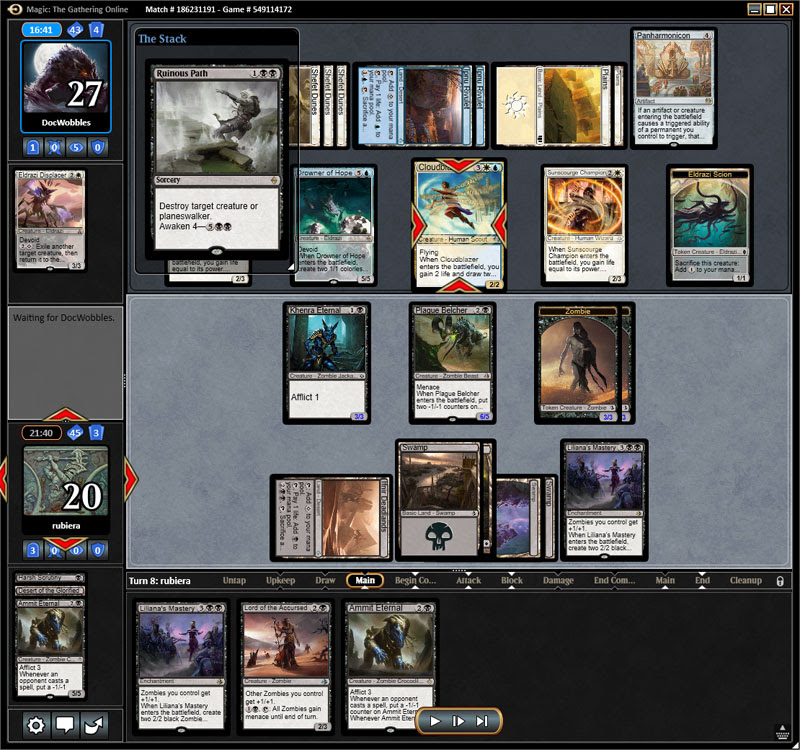 When my opponent got to two Panharmoniums, I thought I was done for. 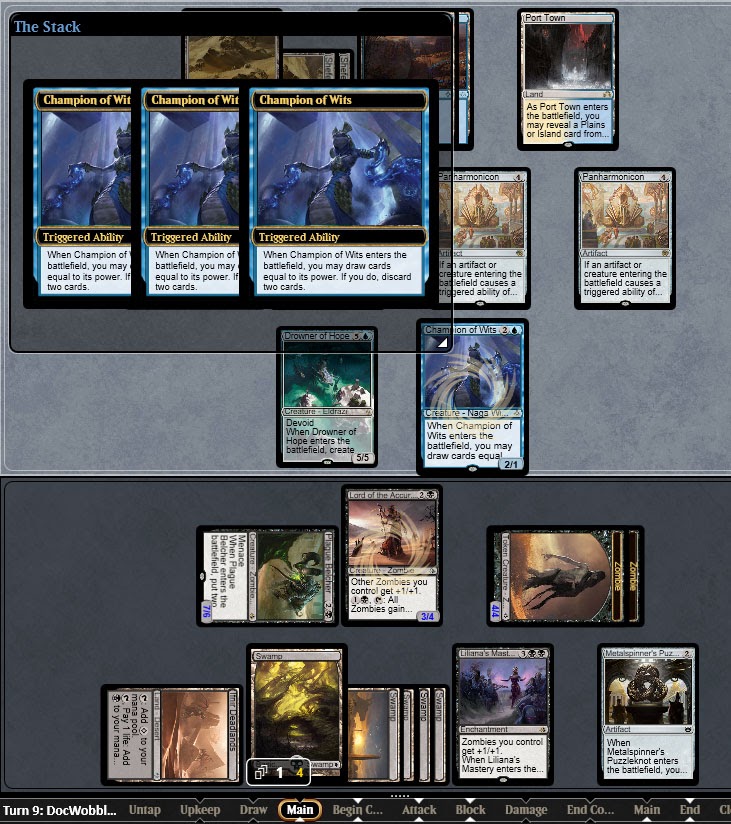 Here is Thought-Knot Seer cleaning out my hand... ouch! 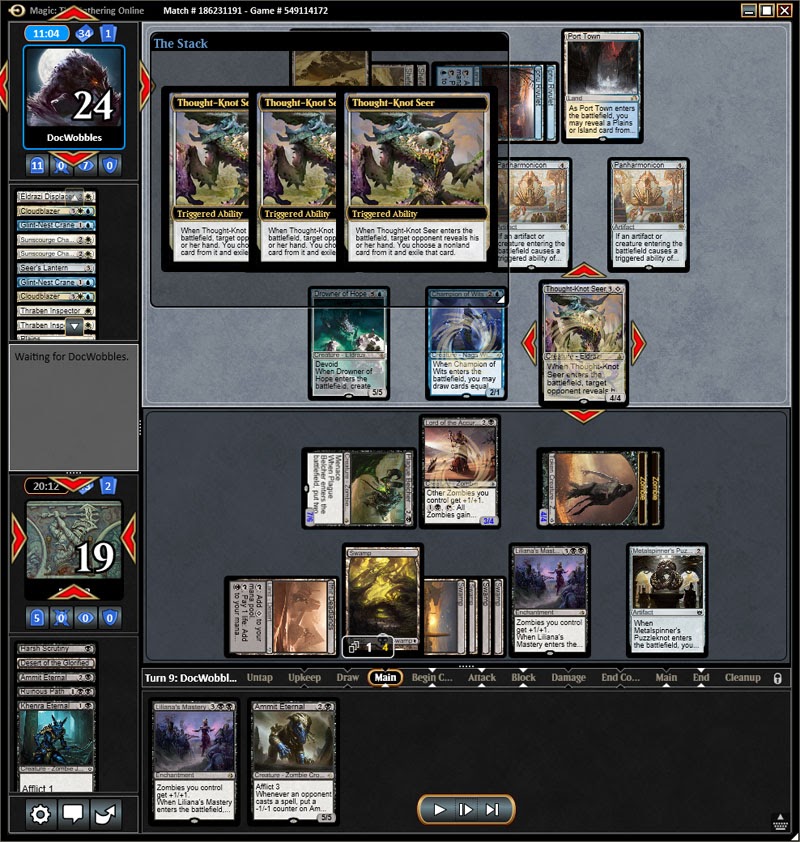 But my opponent started top-decking low quality cards and I continued to build my Zombie army unimpeded. 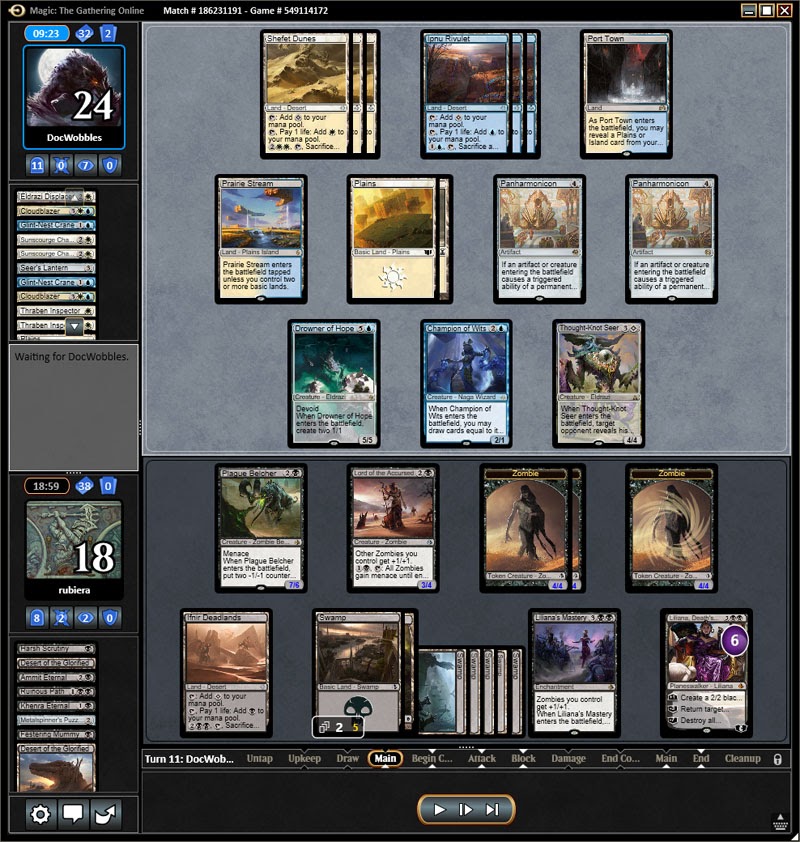 I won. My opponent is a new player. I think if he/she had used better Enters-the-Battlefield (ETB) effects, I would have definitely lost. 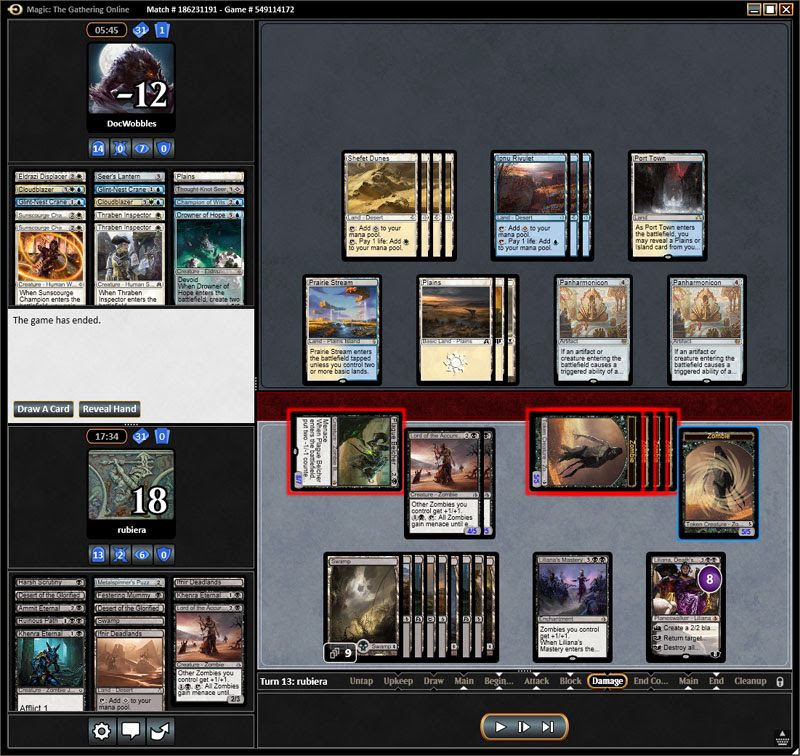 Here is a win against a cool Black/Green deck. I was able to consistently take out threats, and overwhelm with my creatures. This deck has eight Zombie lords (cards that boost Zombies +1/+1). 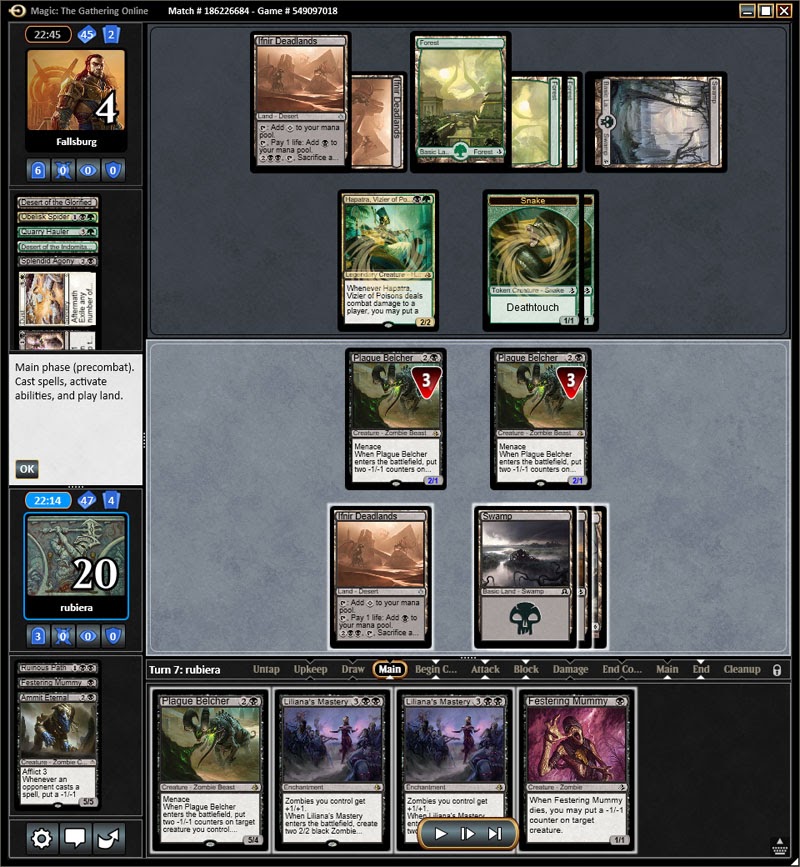 Here is a loss against White/Green, a deck I want to build. This is the next to last version of the deck with Stoneforge Masterwork, which I substituted with Metalspinner's Puzzleknot. Heron's Grace Champion is really good.... I must play it sometime. 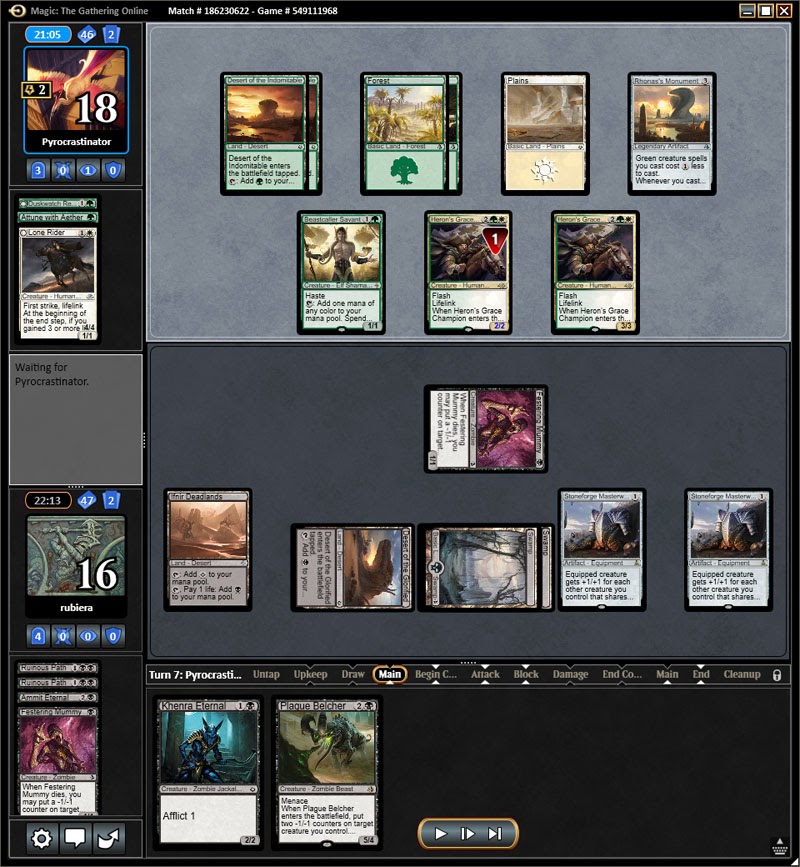 Yeah, I didn't stand a chance. Flash + Lifelink is a great combination of abilities on Heron's Grace Champion. 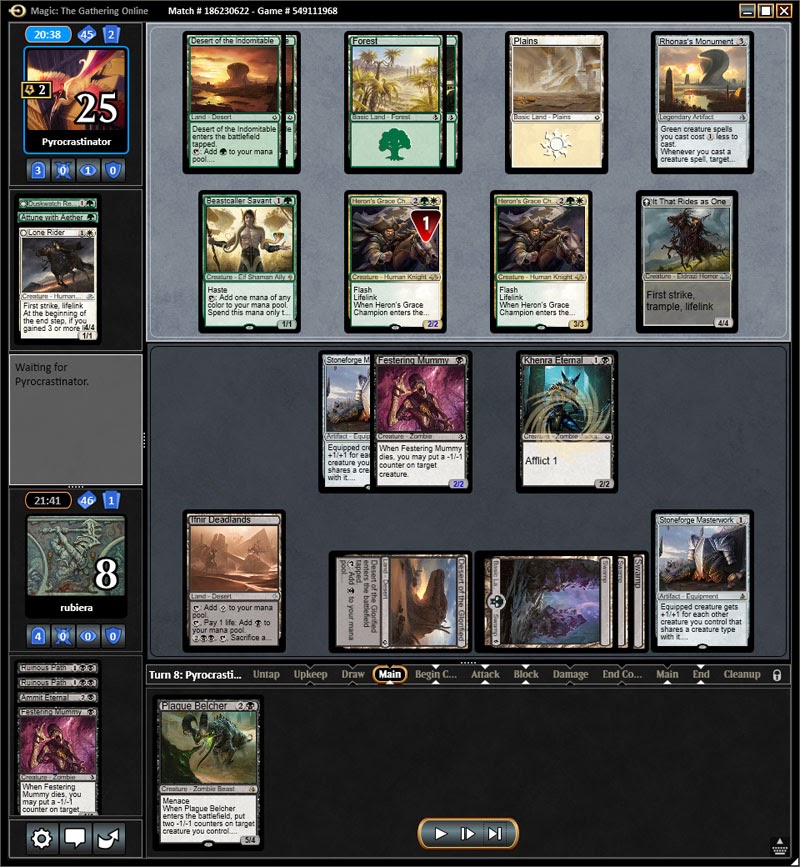 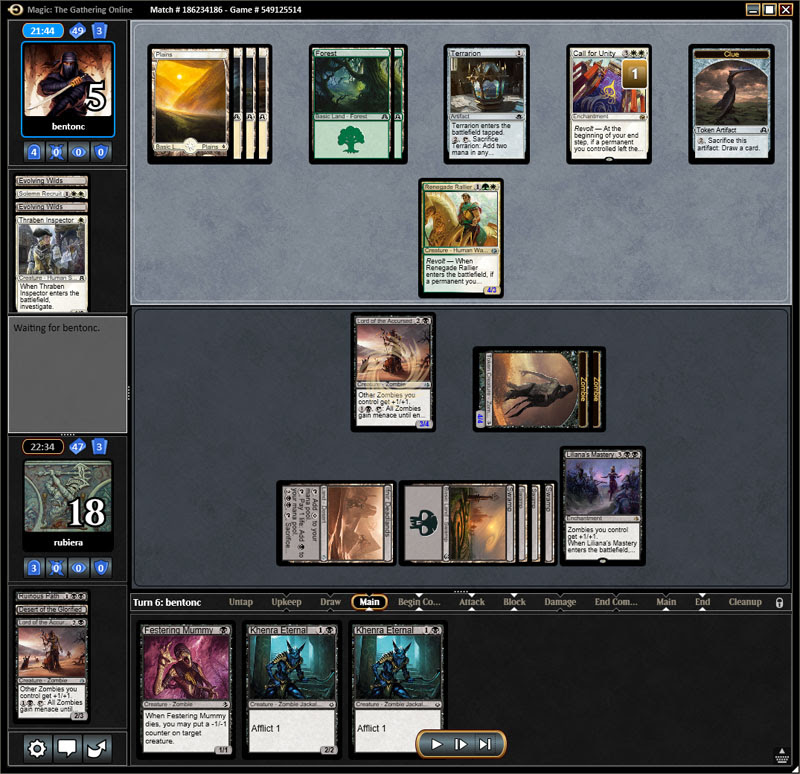 Once this deck got rolling, since I cannot remove enchantments, it was unstoppable. 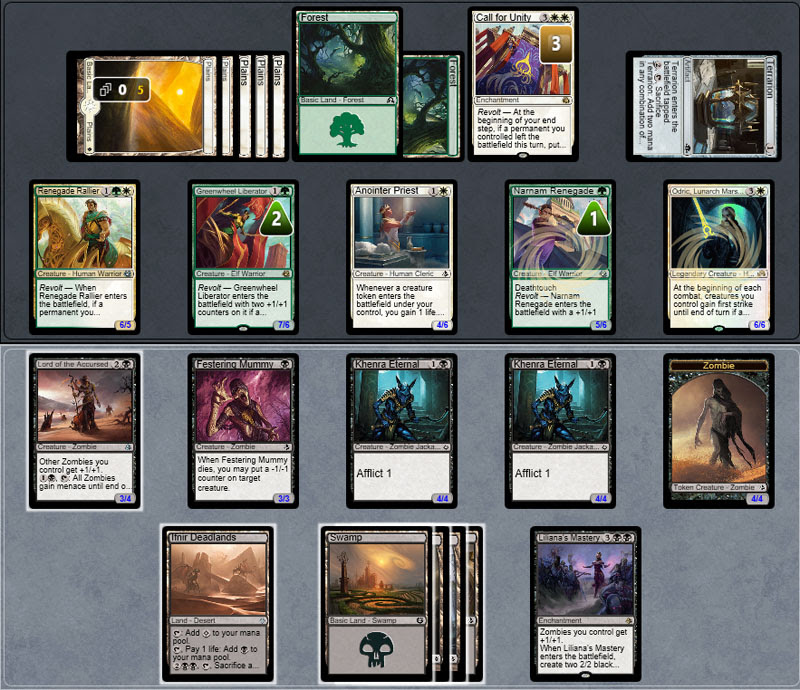