That's White/Blue/Green. I started with all of them. 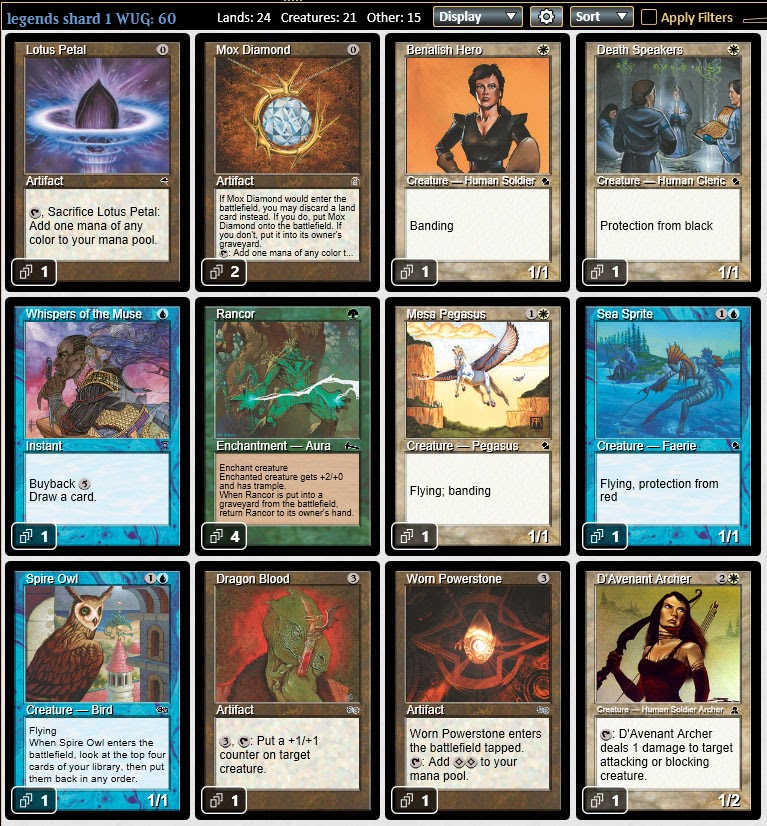 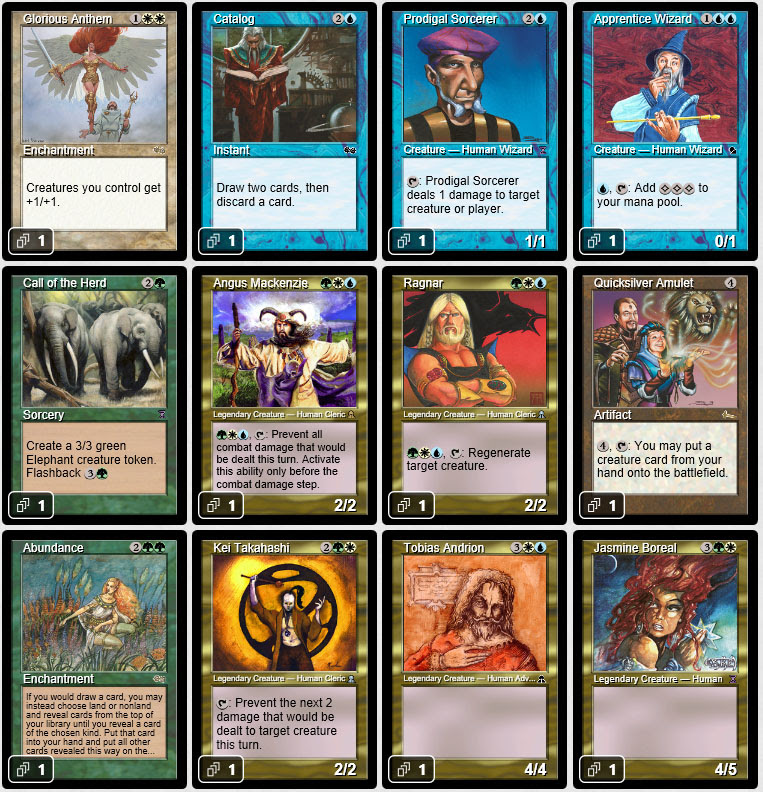 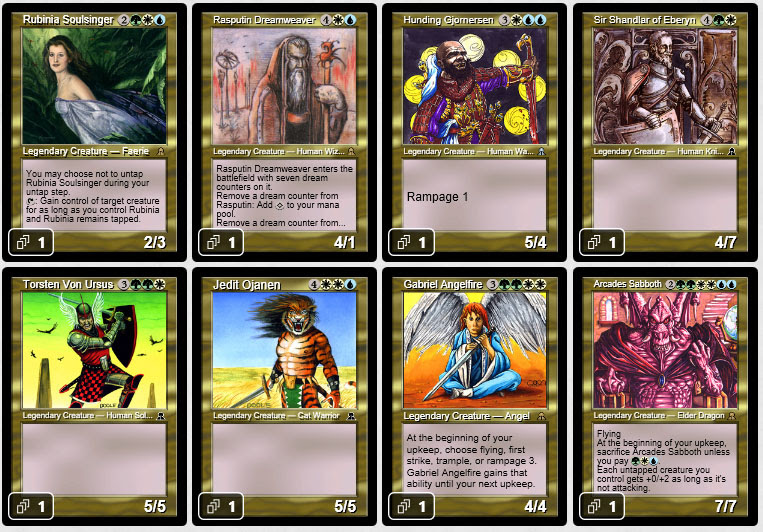 Here is a Solitaire guest gallery. 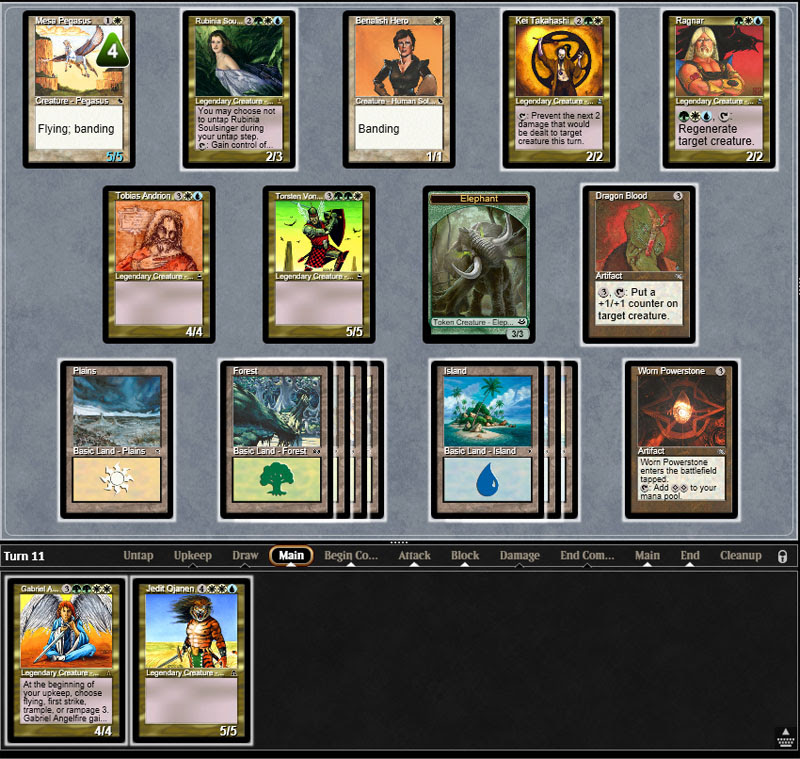 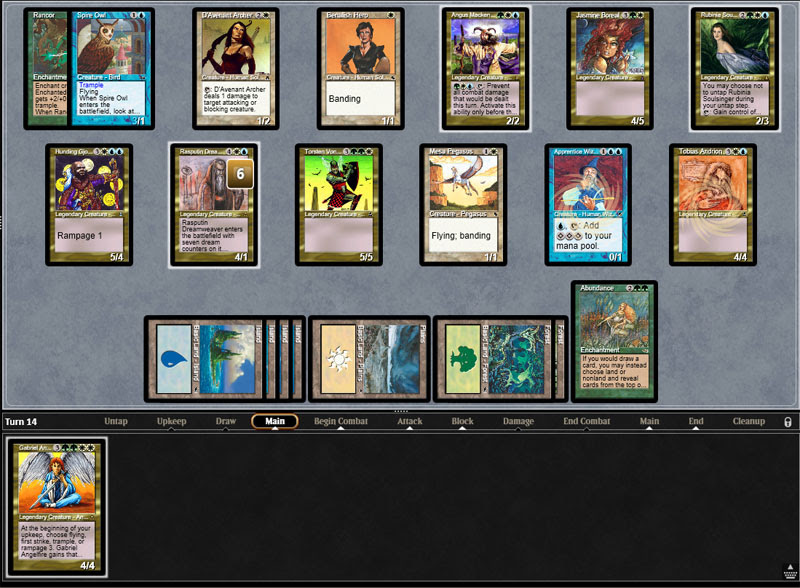 In some cases, I was able to play my whole hand.

And in others I wasn't. 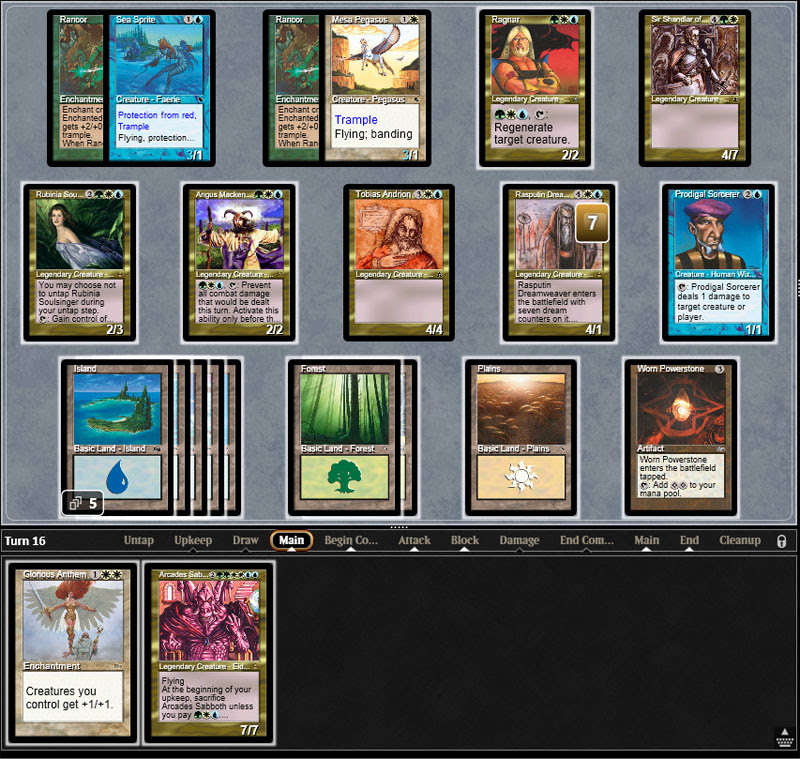 I added enough Quicksilver Amulets for a playset. 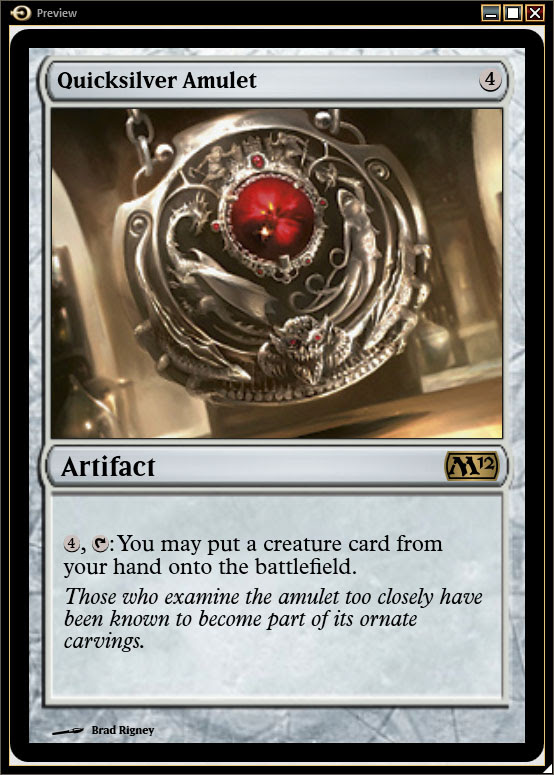 I also redid the manabase. 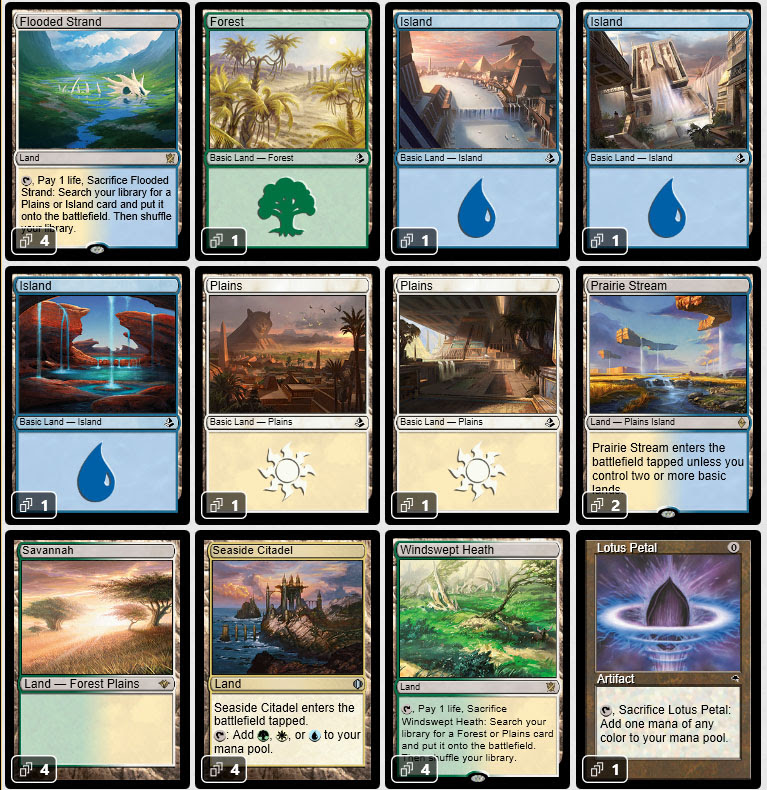 The results are much improved. 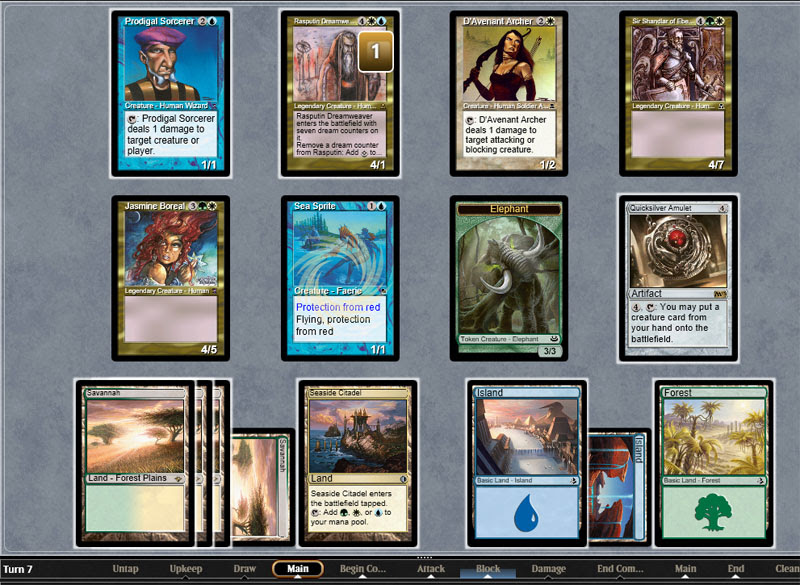 Arcades Sabboth is interesting, but not interesting enough. It requires Bant mana to keep in play, and that's three mana you will need every turn until the end of the game for a non-game-winning creature. 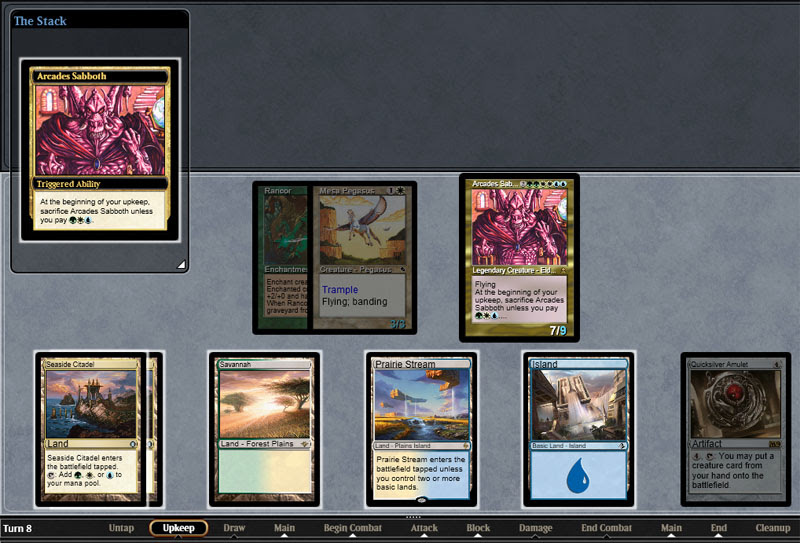 Gabriel Angelfire is an early version of the 'pick an ability per turn' creature. 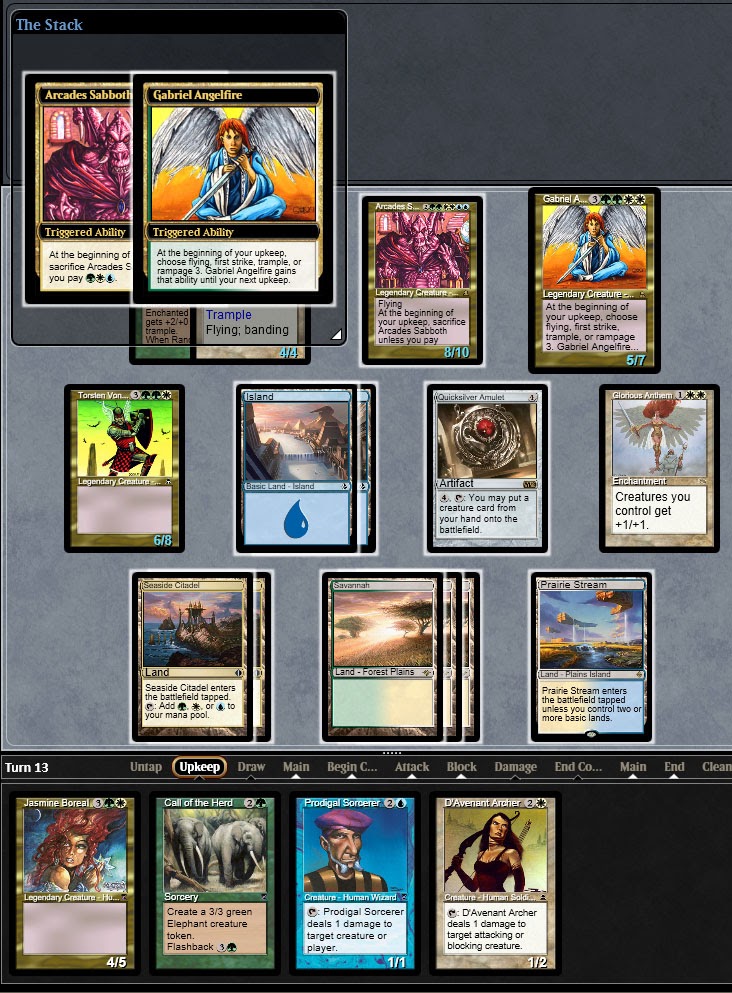 Here is a playset of Rancors.

I made the deck the best I could. 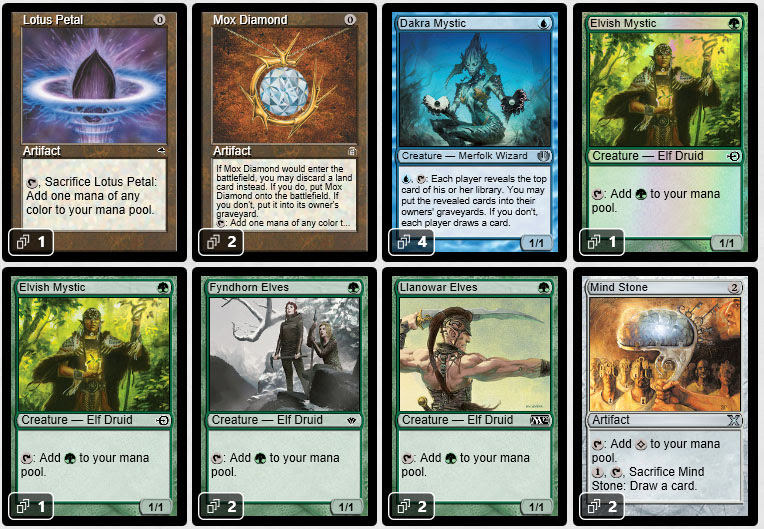 With much faster results.

Here is some more trimming. I eventually undid me going down to two Quicksilver Amulets and went back to a playset by reducing Rasputin to two. 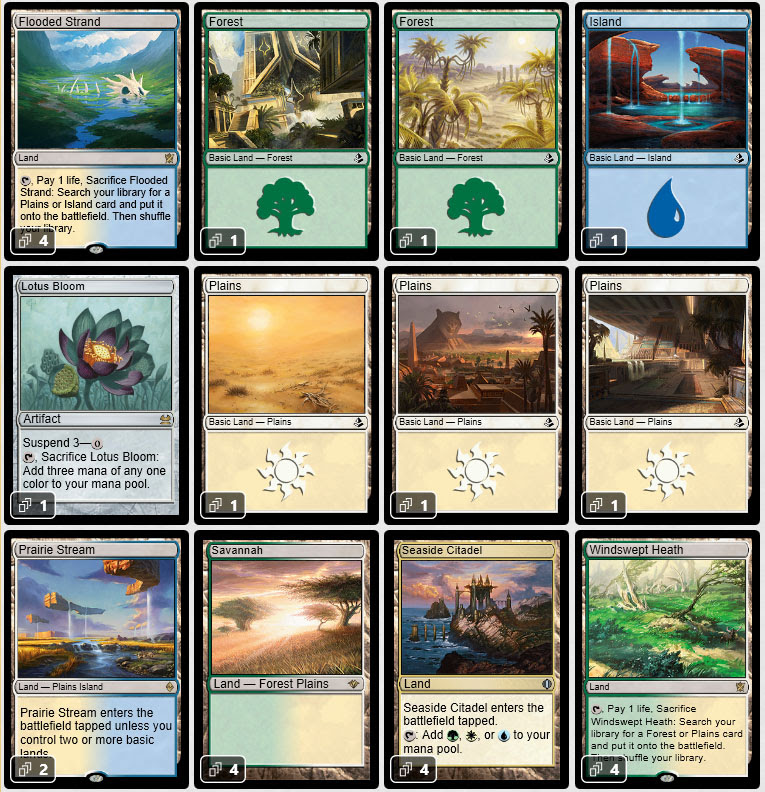 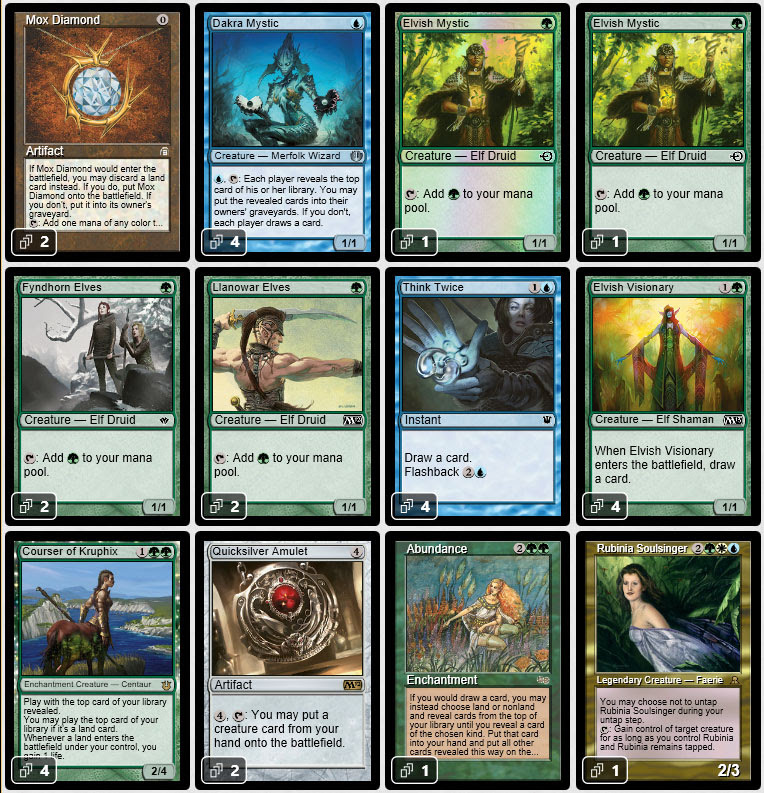