I started with a double deck that had all of the Revolt cards. I used it to see how all the cards played, using Solitaire. 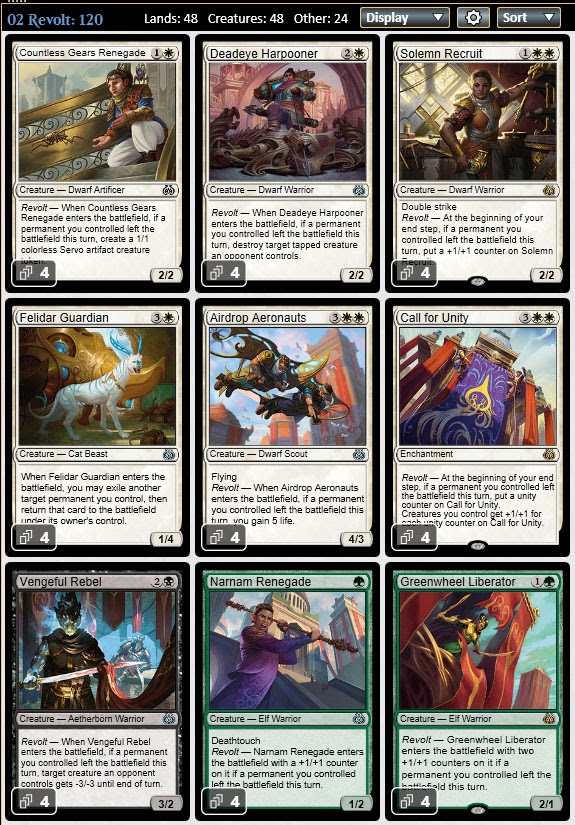 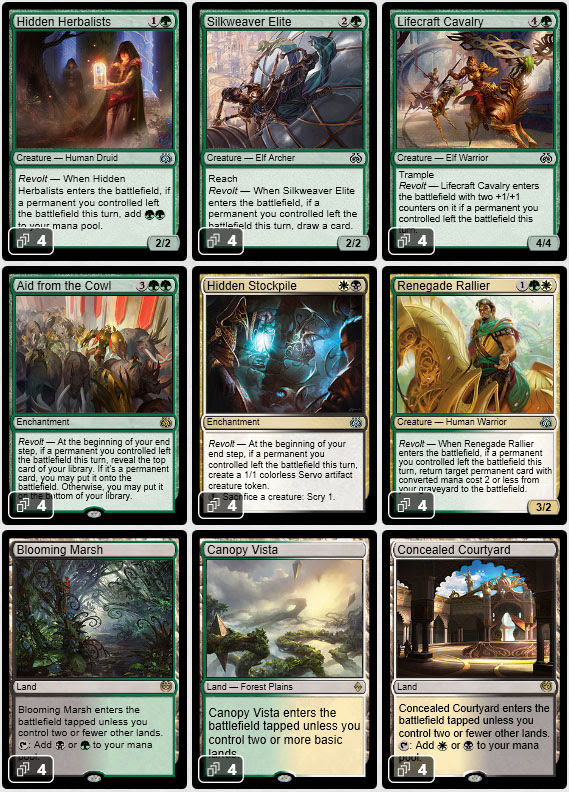 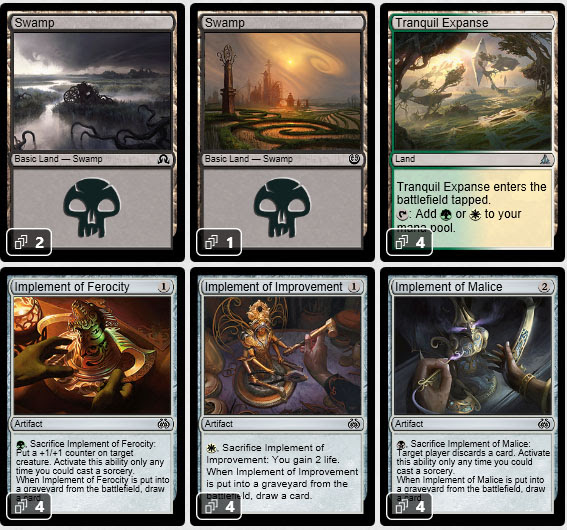 Revolt some very interesting interactions. It is definitely a battlecruiser deck. You need to have enough mana to sac something, and then you can trigger Revolt with Enters-the-Battlefield (ETB) effects. It is a ton of fun, even though it is pure battlecruiser molasses. The Green Instrument, Instrument of Ferocity, is the only one that made it all the way to the end. Life gain is good for Limited, and causing the opponent to discard is good, but there are better choices for cards in this deck than this one card. 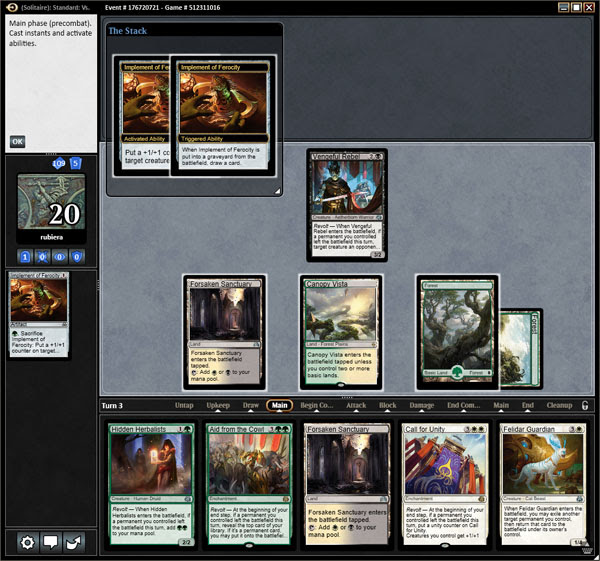 Vengeful Rebel is also good and keeps me in Black. If it had sucked, it would have been a good reason to go straight up White/Green. But it's good, and I want it in this deck. 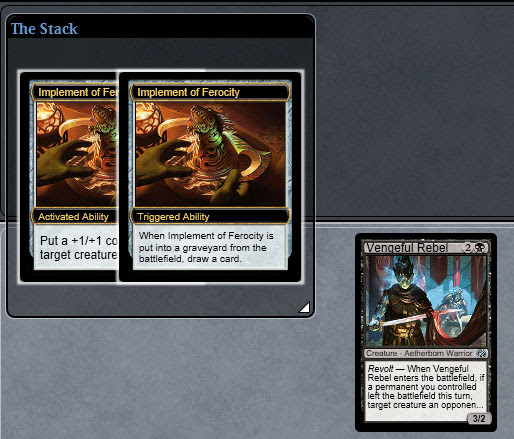 Gaining a little bit of mana is always a good thing. 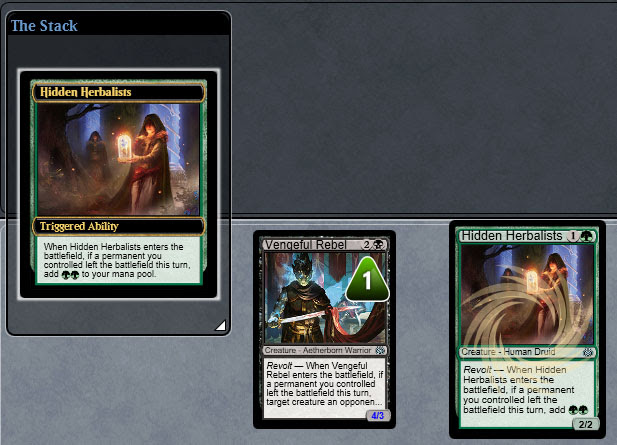 Hidden Stockpile is really good, and a good reason to stay in all three colors no-matter-what. 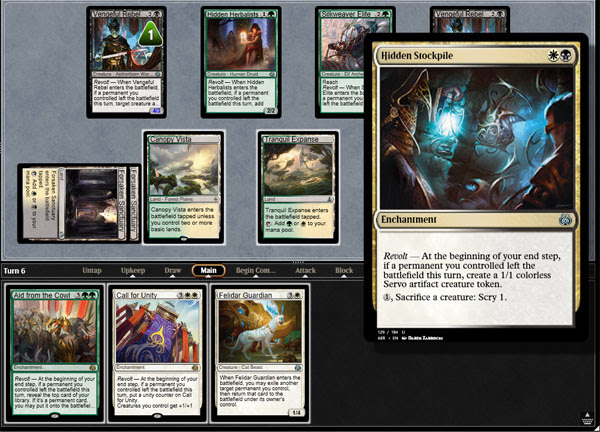 Felidar Guardian, buddy, we have gone down in power a lot since your better sibling, Restoration Angel. It's solid in battlecruiser. 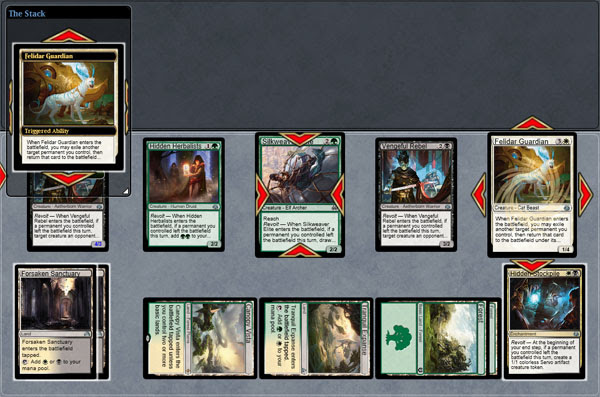 Of course, Investigate and Revolt are a match made in heaven. The cost of 2 mana to trigger Revolt is a little steep, but it's worth it. Here is the double deck with this change. 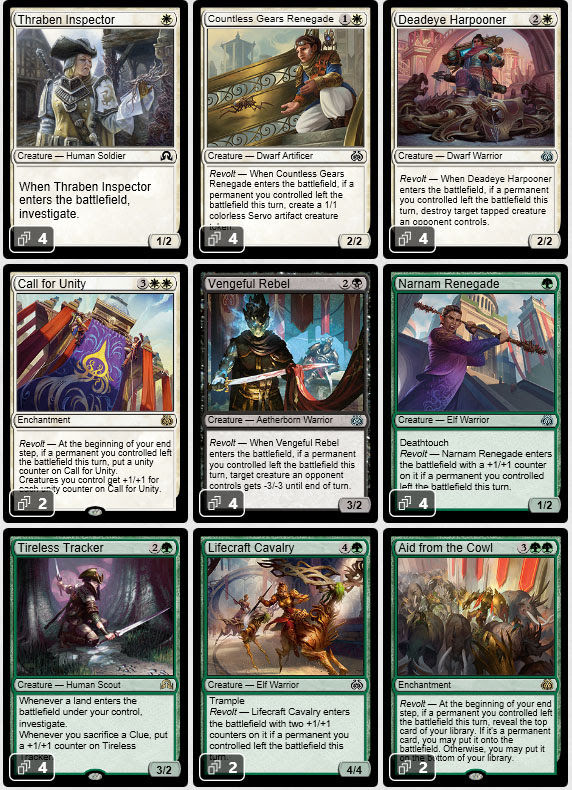 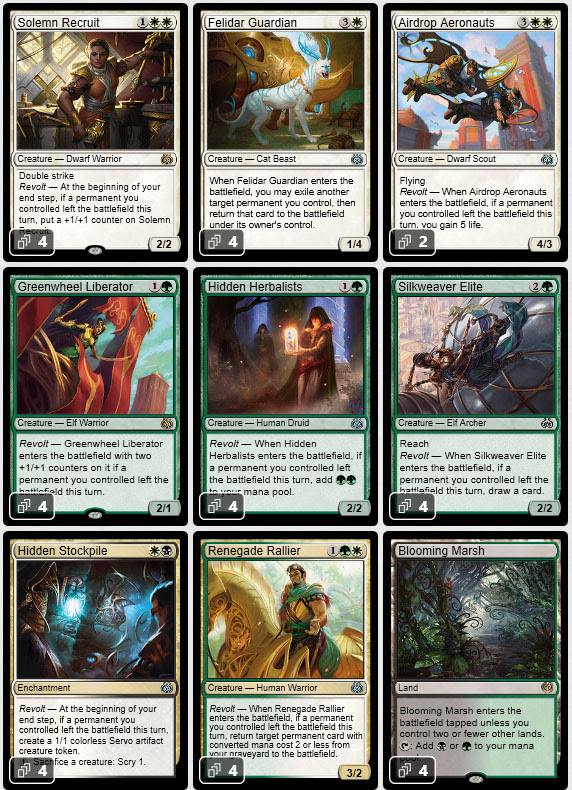 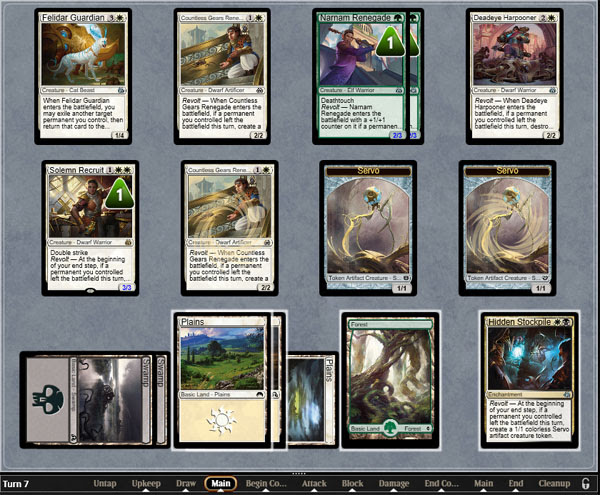 Enough shadow boxing. Here is the final deck, ready for casual play against real, and sometimes rude opponents on MTGO. 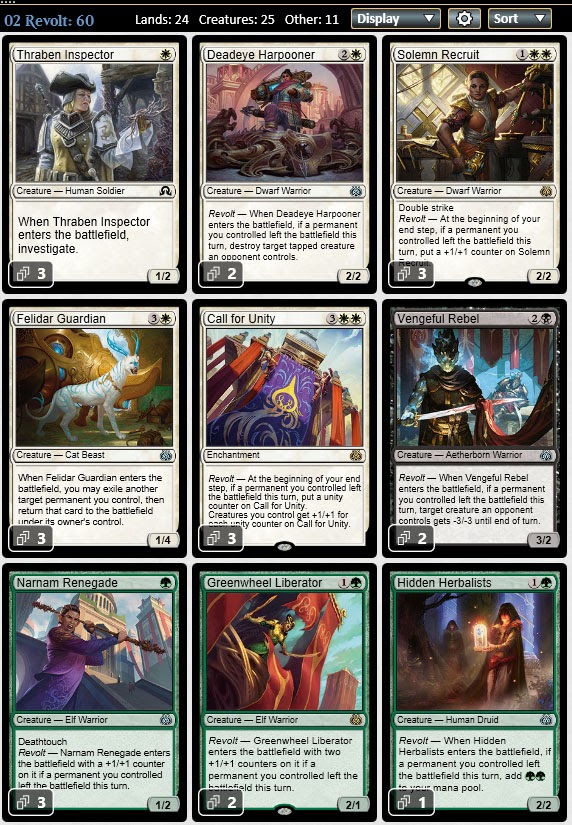 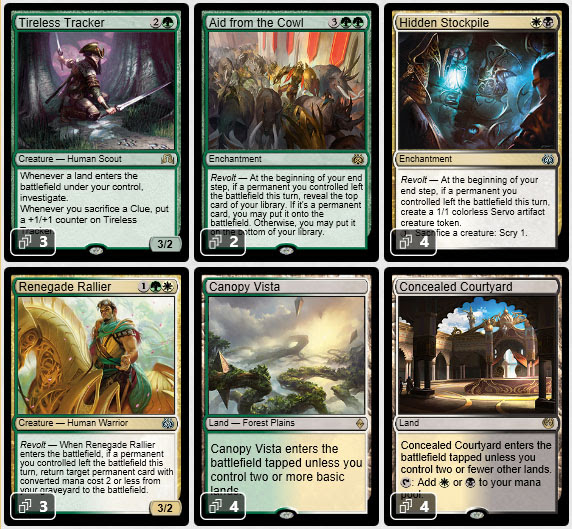 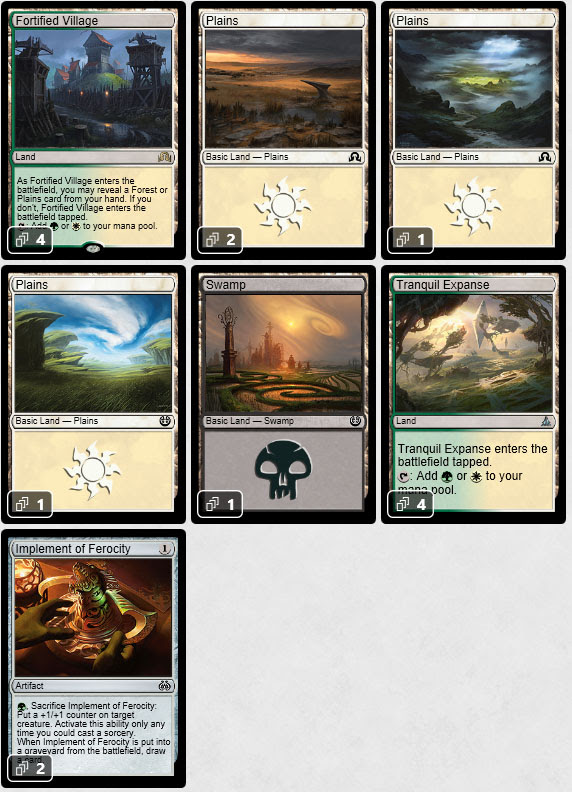 Here is the final version of the deck. Revolt kind of sucks... and this format does not allow good three color decks with only one of the Kaladesh enemy color dual lands. Lesson learned. 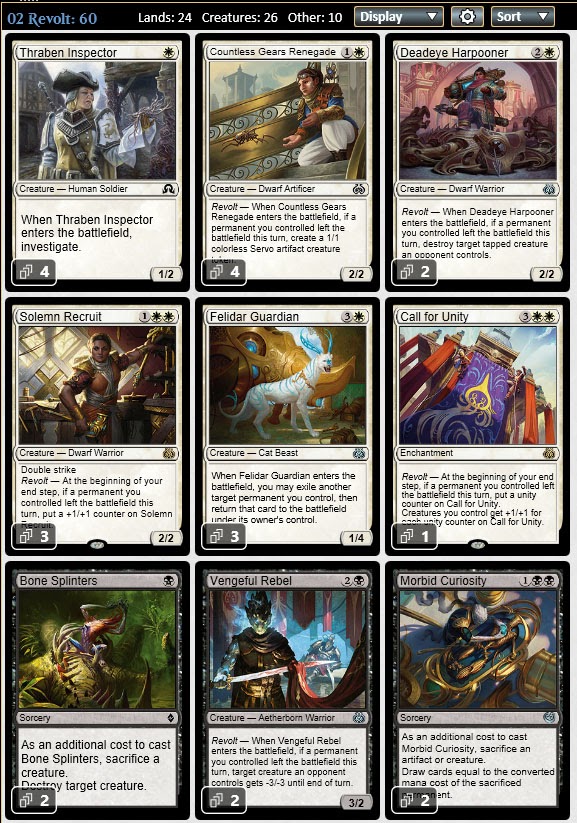 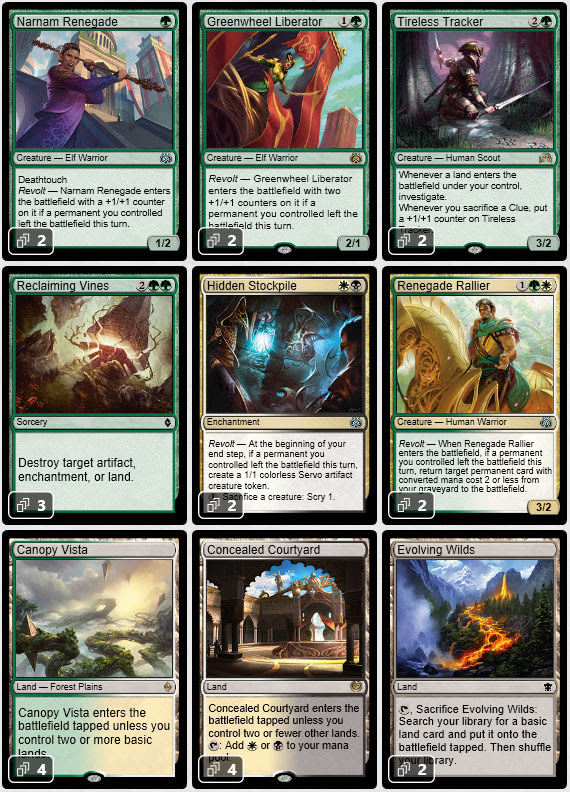 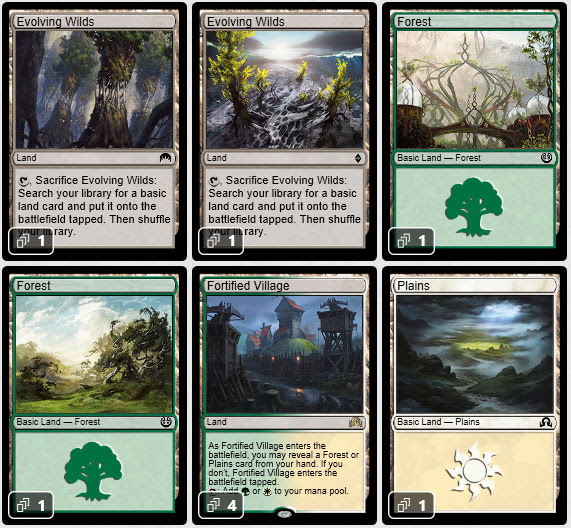 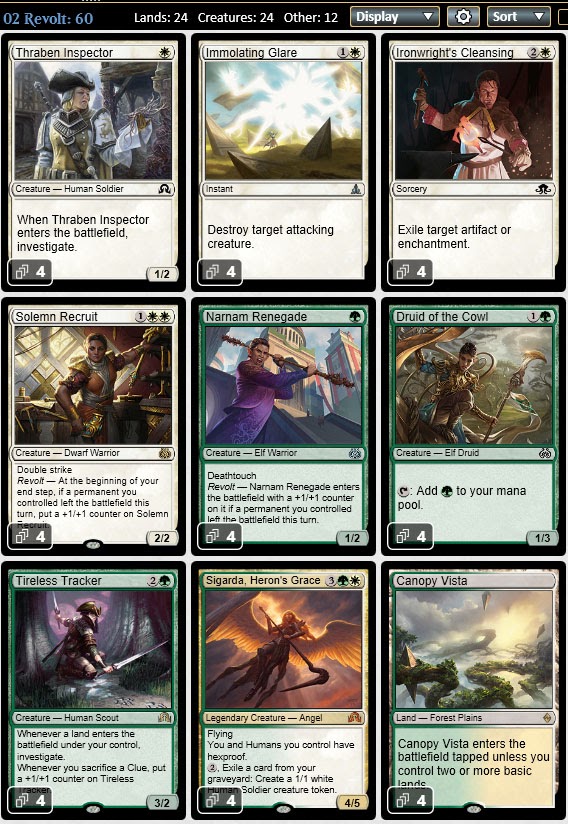 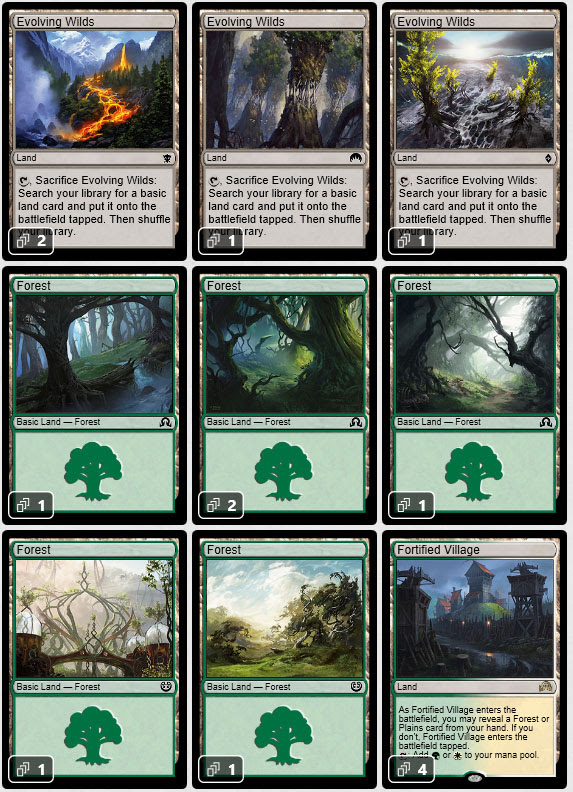 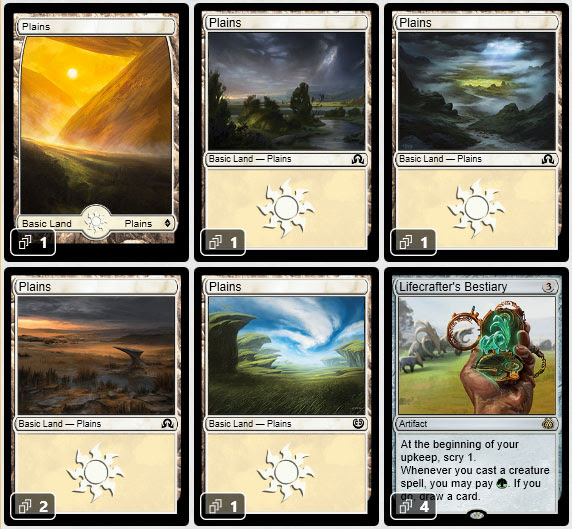 Lifecaster's Bestiary is quite the card draw engine! 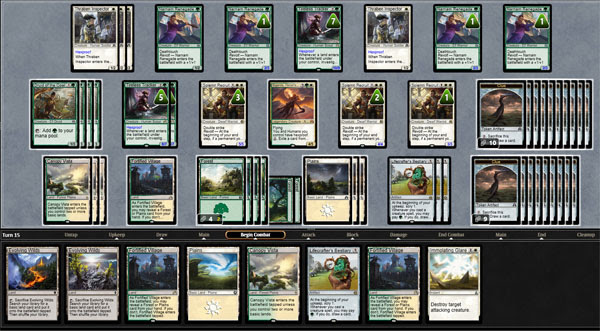 Here is a casual deck I have been playing to understand how improvise works. Improvise is a fixed Delve, which is good for the game, but bad for broken plays (remember Dig Through Time and Treasure Cruise?) By the way, Metallic Rebuke is truly awesome in a Blue/Artifacts deck. 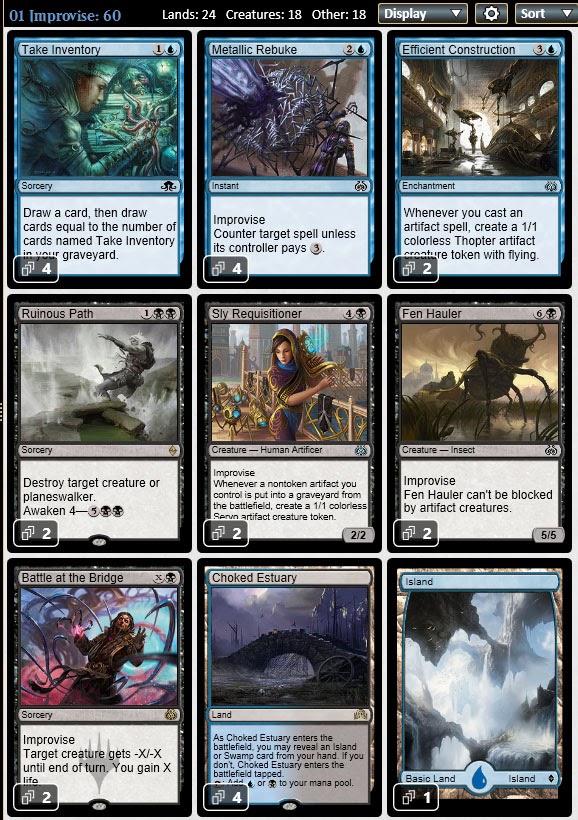 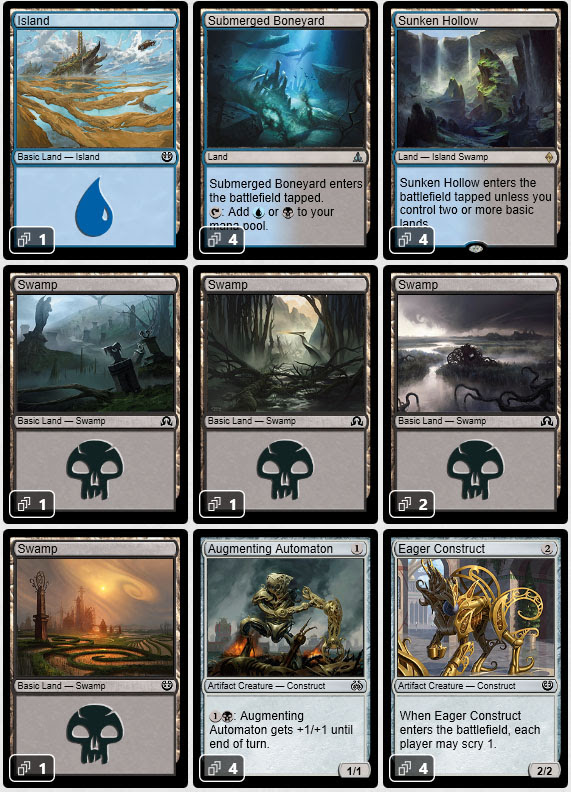 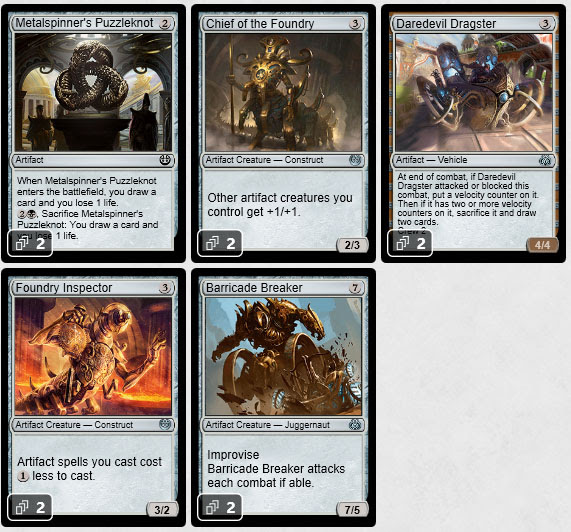 One thing is to learn how Improvise works, and another is to play dynamic games. The current Standard is slow as molasses. Here is a Vintage version ready for solitaire play. 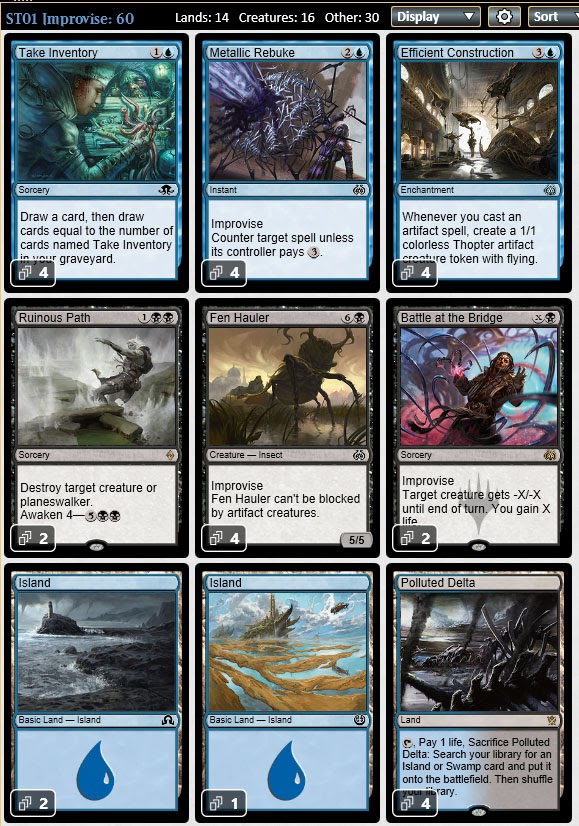 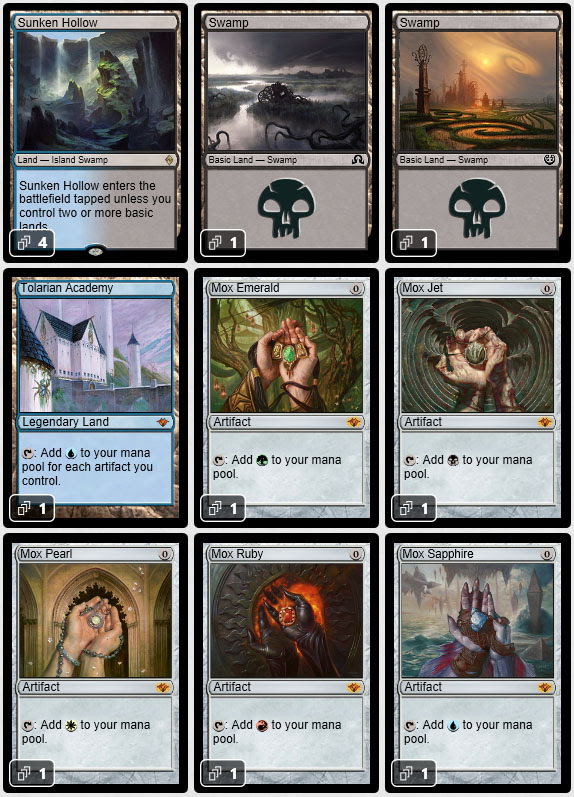 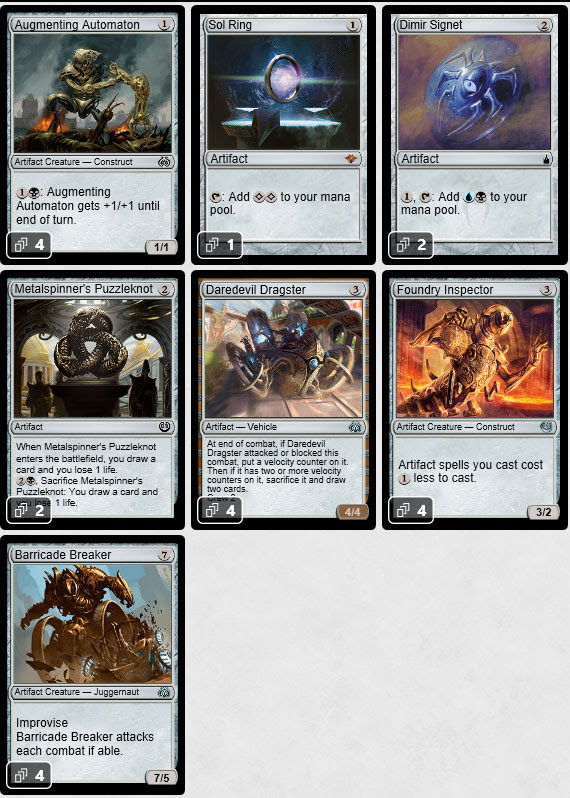 Here is a turn 4 finish. 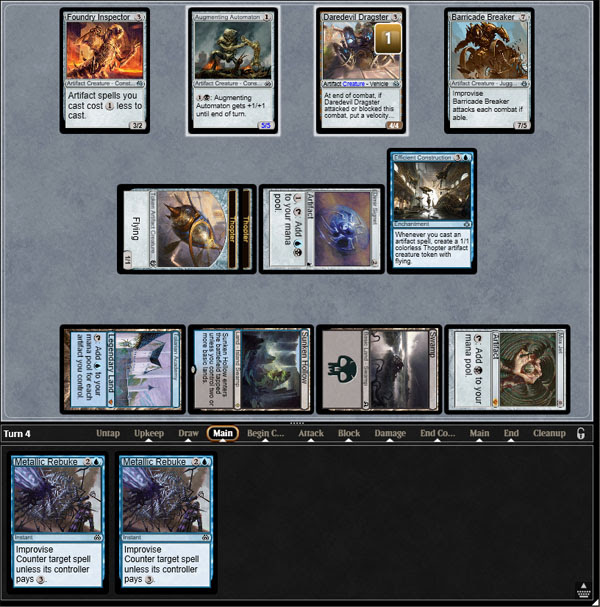