White wasn't so great. It has a few bombs, a few monarch cards, a few vote cards, and the Imperial Recruiter substitute. It also has some nostalgia reprints, but mostly, it has a bunch of limited jank. Let's see if we have better luck with Blue. 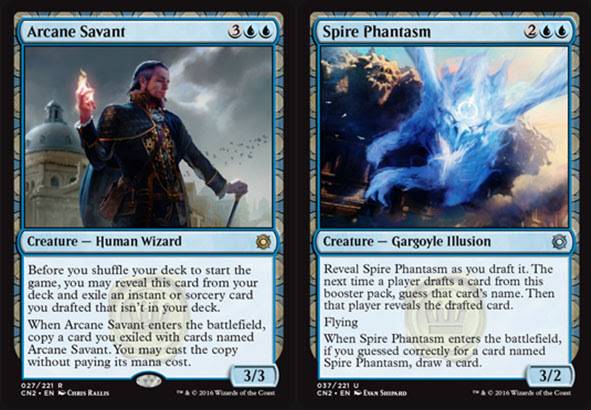 Arcane Savant: I would copy the biggest bomb in my deck.
Spire Phantasm: It works best when you pass something good, something you know the next person will have to pick. 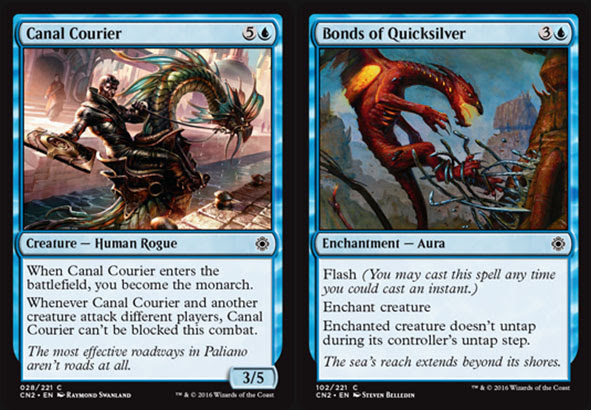 Canal Courier: [Monarch Card] It's a big casting cost. Placing monarch cards at common is great. That means the monarch will change from player to player many times during a game.
Bonds of Quicksilver: limited Flash trick. 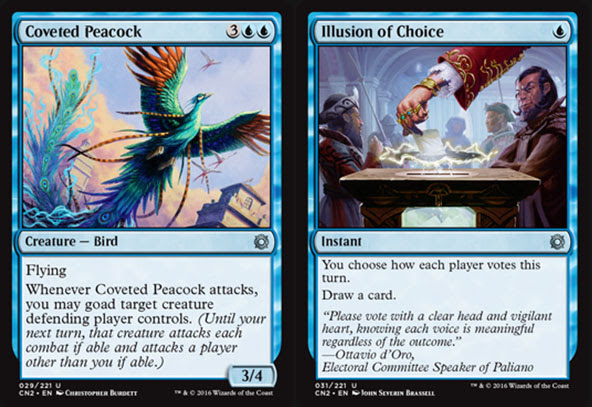 Coveted Peacock: Great way to get rid of a pesky creature, but it's a lot better to remove it with targeted removal.
Illusion of Choice: Reads like a very powerful card if you want a vote to go your way. 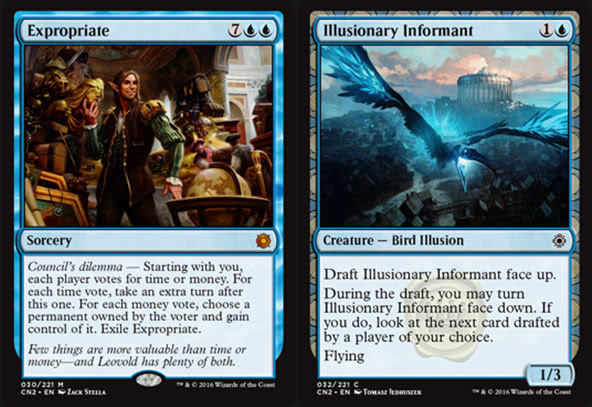 Expropriate: Cast it with Show and Tell, otherwise, a late game play, and an epic one, most likely.
Illusionary Informant: All you learn is one card from one player... I can't see this effect being that important when everyone is passing booster packs around. 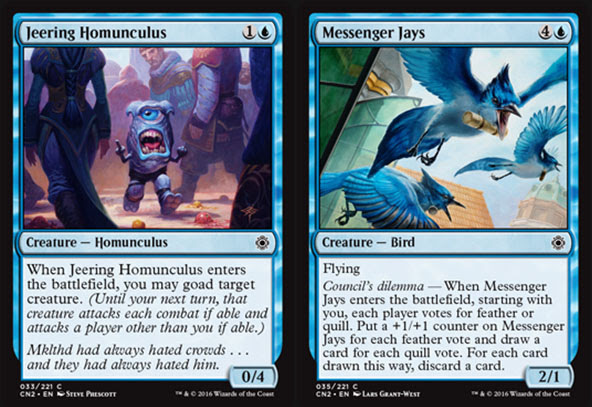 Jeering Homunculus: the part of the clause I like is that it hits someone else. That can be useful to get multiple opponents to fight each other off.
Messenger Jays: you will give yourself the extra card, and everyone else will give you a counter. That makes this a 6/5 for 5 mana that reads 'when this enters the battlefield, draw a card.' 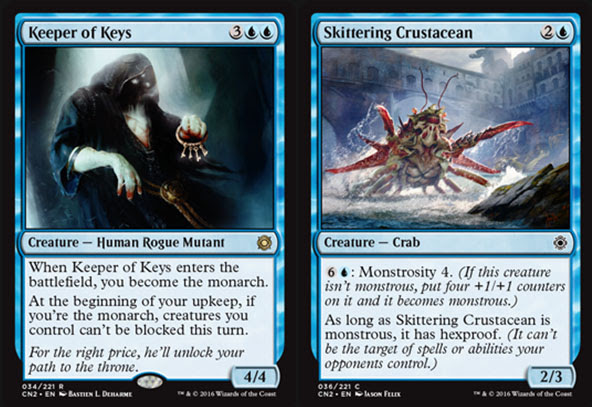 Keeper of the Keys: [Monarch Card] That is a really good bonus for being the monarch.
Skittering Crustacean: that is one very large cost to make it hexproof. I hope it's worth it. 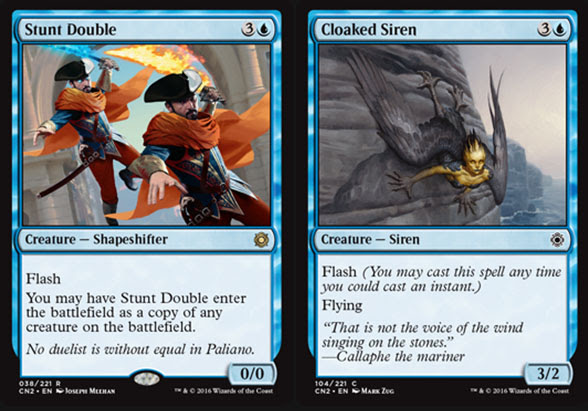 Stunt Double: I am sure this card will be the source of many fun plays. With five people at a table, that's a lot of creatures to pick from.
Cloaked Siren: another fun limited card. 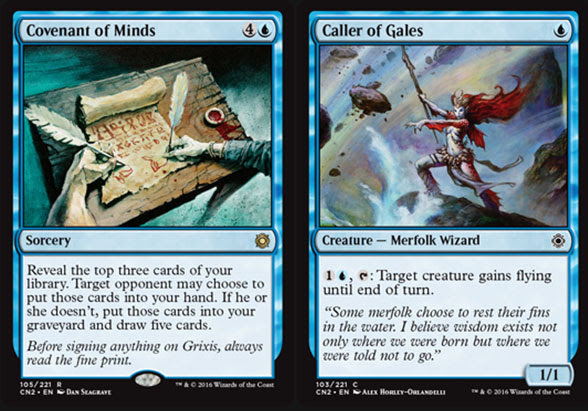 Covenant of Minds: That's a great card. Most of the time you are going to effectively draw three cards. If at least one of your opponents can exile your graveyard, you still get to draw five cards.... seems like a lop-sided choice.
Caller of Gales: solid one drop. Giving a creature flying is a nice bonus. 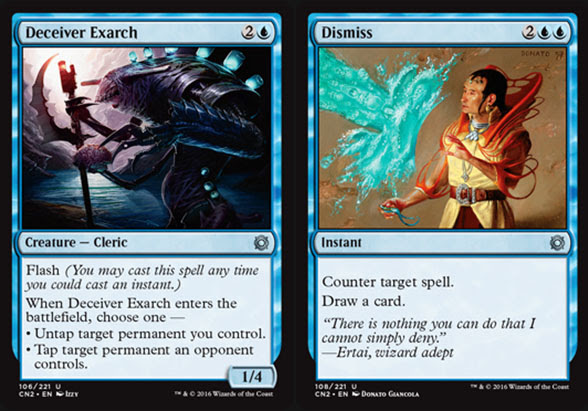 Deceiver Exarch: Definitely a fun card in this format and a crowd favorite.
Dismiss: [Counterspell at 4] I am counting these to figure out what the best number is for Sanctum Prelate. 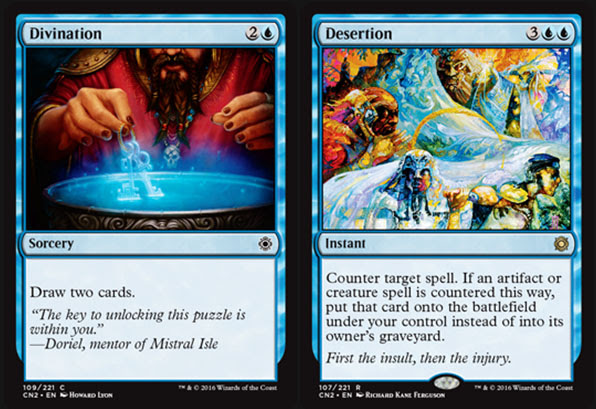 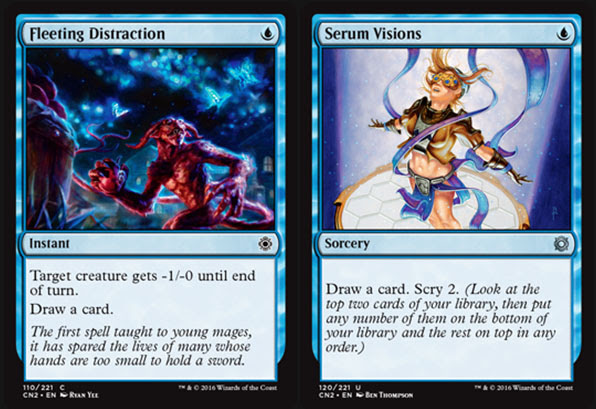 Fleeting Distraction: because this is a limited-focused set.
Serum Visions: At least it is not at rare. The money uncommon of this set. I would have preferred Ponder. 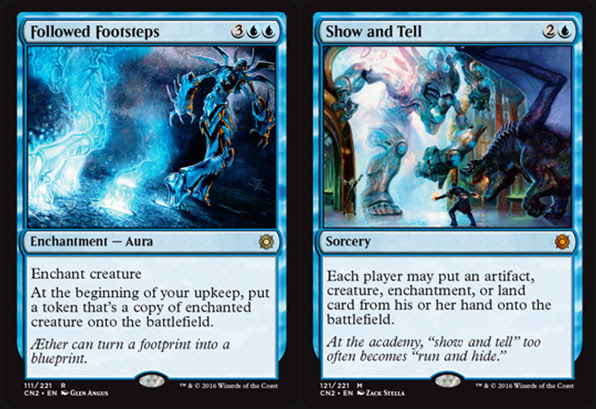 Followed Footsteps: You get to play a token every turn, right? That could be huge.
Show and Tell: The most important reprint in this set, and one of the many reasons why Eternal Masters missed the mark. 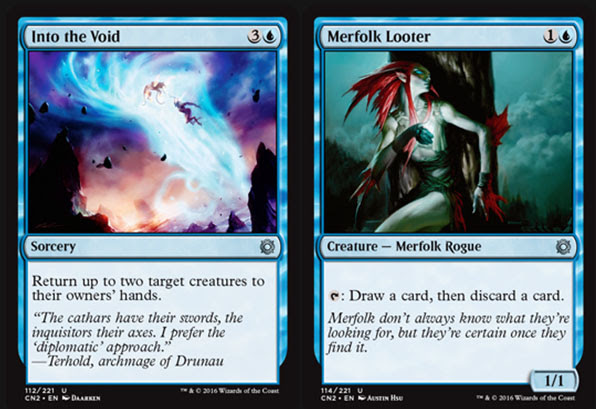 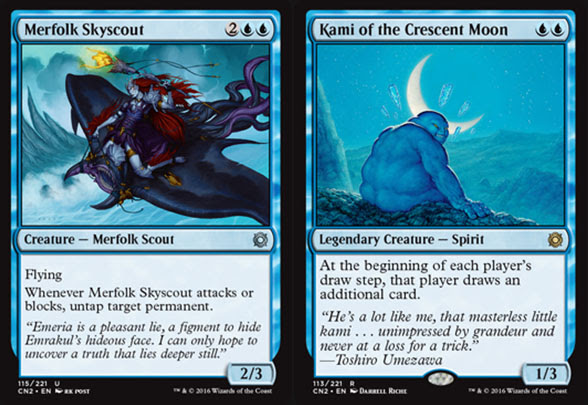 Merfolk Skyscout: solid uncommon. Fun effect to pick which permanent to untap. The bonus can be useless, though.
Kami of the Crescent Moon: extra cards for everyone! That's a fun effect. 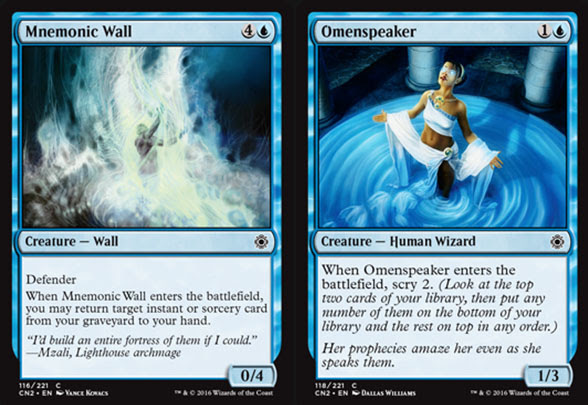 Mnemonic Wall: a limited card in a limited set.
Omenspeaker: A really fun card. The Scry 2 can come in handy at any stage of a game. 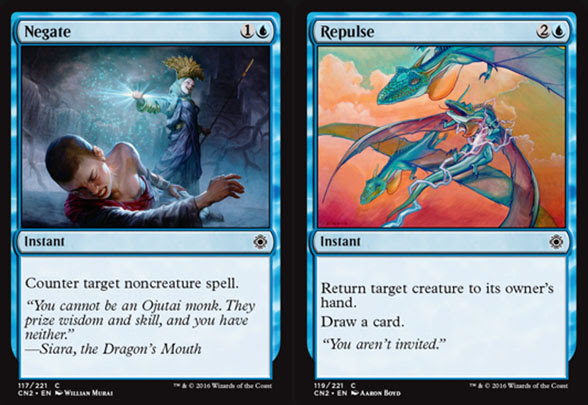 Negate: needed.
Repulse: needed, but much more costly than it's better cousin Void Snare. You do get to draw a card. Gitaxian Probe would have been so much better in this slot even if it is a different effect. 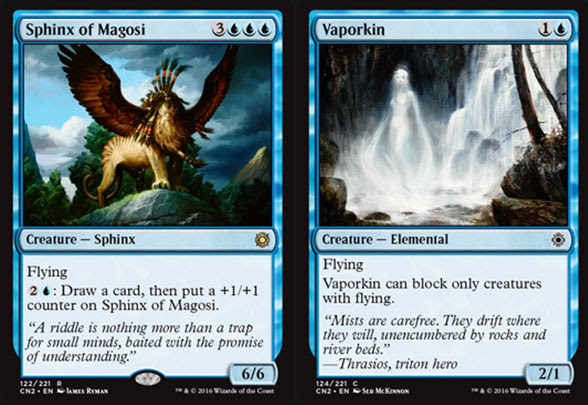 Sphinx of Magosi: great multiplayer card, a junk rare in any other set.
Vaporkin: a needed limited card. Blue creatures are supposed to suck in limited-well, in all formats; and this one certainly does. 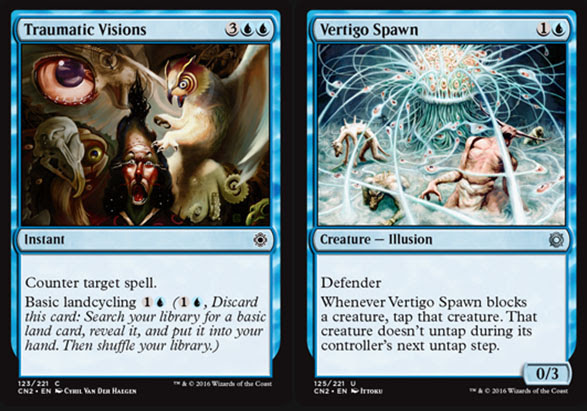 Traumatic Visions: [Counterspell at 5] There is not a single counterspell below 4.... ouch. That is one stinking pile of limited cards.
Vertigo Spawn: interesting.
Posted by Rubiera