Now that M14 has been completely spoiled

I am relieved that M14 packs will be even cheaper than M13 packs by the time Theros comes out. My wallet is already hurting from RTR set and some Modern Masters online (yes, I know, noob bad idea but I am still a noob!).

It is a core set... I think that sums it best. The core set is aimed at new players. It is not as complex as an expansion, with the latter usually having new keywords with new game mechanics.

1. I see some useful reprints and that is what a core set is about. I especially missed Diabolic Tutor because now I can tutor at 4 Converted Mana Cost instead of 5 CMC. 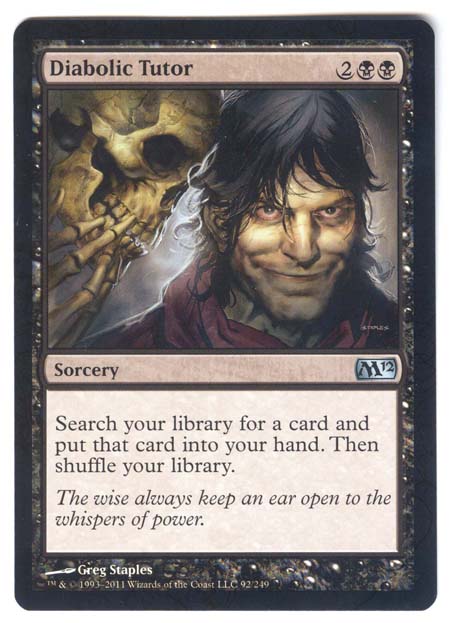 2. The human sliver thing I will just have to get used to. The original sliver designs are way cooler me thinks. The missing Sliver lord is a miss for this set. This is definitely a half measure in bringing back slivers. Maybe there will be more slivers in Theros block. 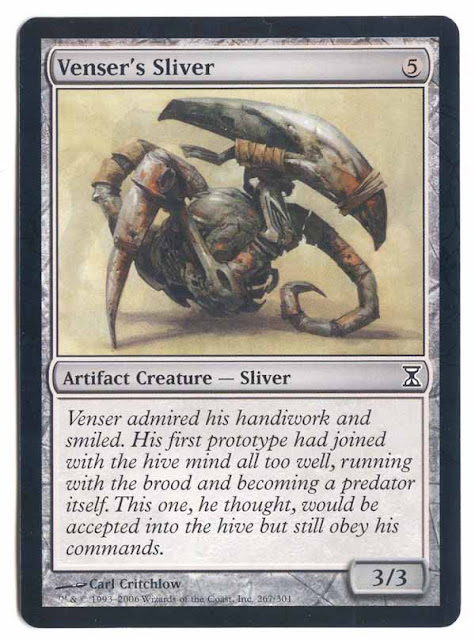 3. Losing Oblivion Ring and Rancor is ungood. Birds of Paradise would have been nice. 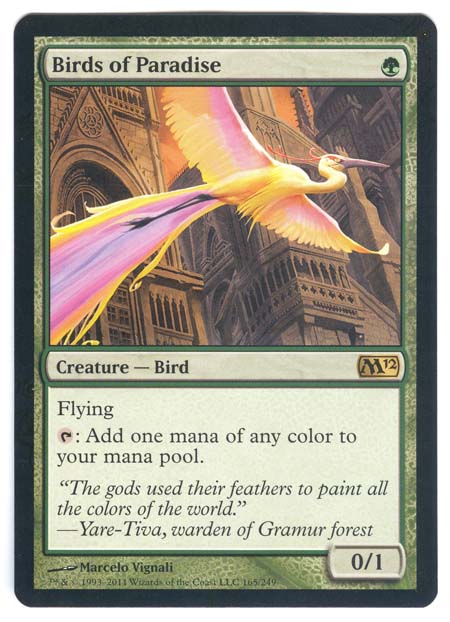 4. What happened to "black will now be less weak" thing? Underworld Dreams is not an example of a strong black card, I just like to include it in any post where it is remotely needed because it is my favorite artwork! 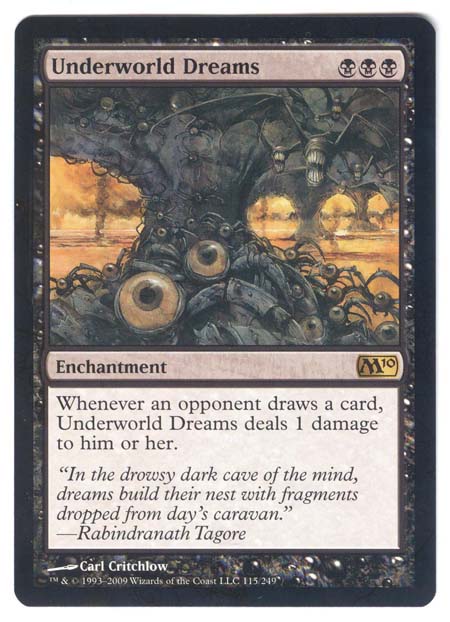 5. On the bright side, more hexproof for green. Green stands out to me in M14.

The absence of Thoughtseize may point to a second installment of Modern Masters, and that will be a good thing for the game.

As an addendum, here are my comments in reference to what is a periodic response when a new core set is about to come out. There are always players that complain about the quality of the core set. I feel for Wizards on this one:

Many players: "more slivers, more slivers"
Wizards: "here you go, a bunch of more slivers"
Same Many Players: "we hate those slivers, we need a sliver queen or sliver maggot boss or something"
What I am sure someone at Wizards would think to themselves: "ok ban all other creature types and put out 6 large sets with only slivers"

Other Many Players: "more reprints from the classics"
Wizards: "here you go, a bunch of reprints from the classics"
Same Other Many Players: "not those, these..... (loud wails of babies crying)"
What I am sure someone at Wizards would think to themselves: "ok ban all non-tournament staples, put out 1 large set only with staples, make it 800 cards, abolish all formats, just play that set, reprint the power 9 in it and all the old dual lands"

What makes Magic fun is for players to make the cards playable by their deck-building combinatorics. I think the new hexproof green creatures are great, and am looking forward to going crazy on bant decks. I loved RTR block but I am ready to do some mono decking. At first I was disappointed about the absence of dual lands, but now I am not. This set is not, say, Innistrad......it will go off print and the booster box will be $95 for, say, the next 77 billion years. That does not mean it sucks. Its a core set. Its going to be a lot of fun for limited, and it is simple so that new players can get into the game. I think a new player will have a lot more fun with slivers than trying to figure out Cipher in GTC.

Cards in Magic are like notes in a piano...some get played a lot more than others, but those rarely played notes can be very pleasant in the right composition. I elaborate: if you have a deck that triggers a bunch on sacrifing creatures, you probably won't care abouit the card quality for those creatures.... I love to sacrifice Black Cat, because that is what it is good for. 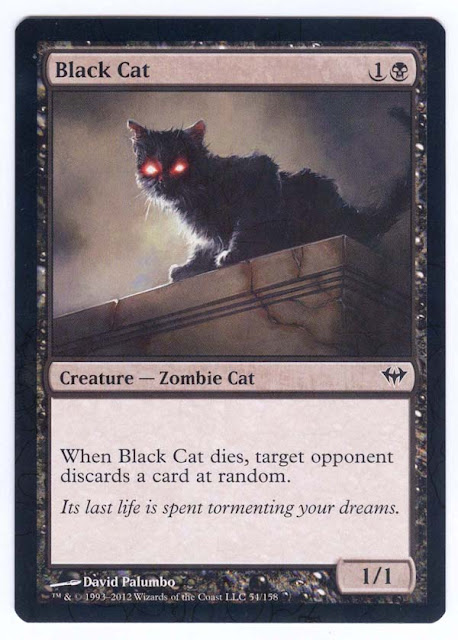