These five junk rares can be a lot of fun. I just got these for a little less than $3 from the bots. The Tymarets required a second session to complete the play set.

1. Artisan of Forms: It will require another spell to trigger the copy ability, but it is only a two-drop.
2. Polis Crusher: It has green, which makes it easy to ramp to make it monstrous.
3. Rageblood Shaman: I am surprised a Minotaur lord is not a hot commodity. My goal is to make a fun minotaur tribal deck sans Boros Reckoner (way too much money!) This could be a fun Modern build.
4. Triad of Fates: It is legendary, and that's a drawback, but its only a four drop, and I can use it as a poor man's Restoration Angel or for card draw advantage.
5. Tymaret, the Murder King: It is legendary, and that's a drawback. I will need lots of 1/1 tokens to sacrifice to it. It looks like a fun Modern build.

October 7, 2013 update: added one more junk rare to the list: 6. Daxos of Meletis. I played against it and it is a lot of Johnny fun. I also added 7. Akroan Horse. 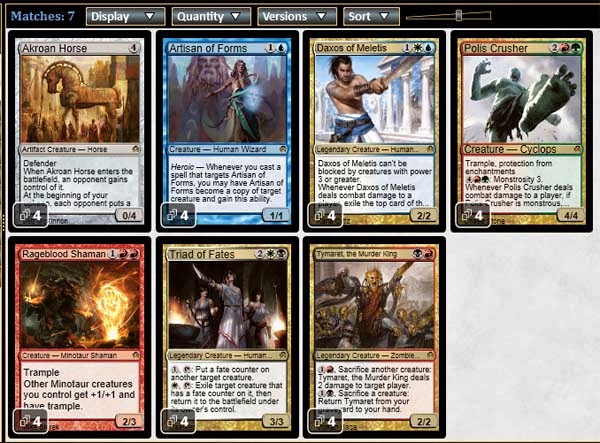 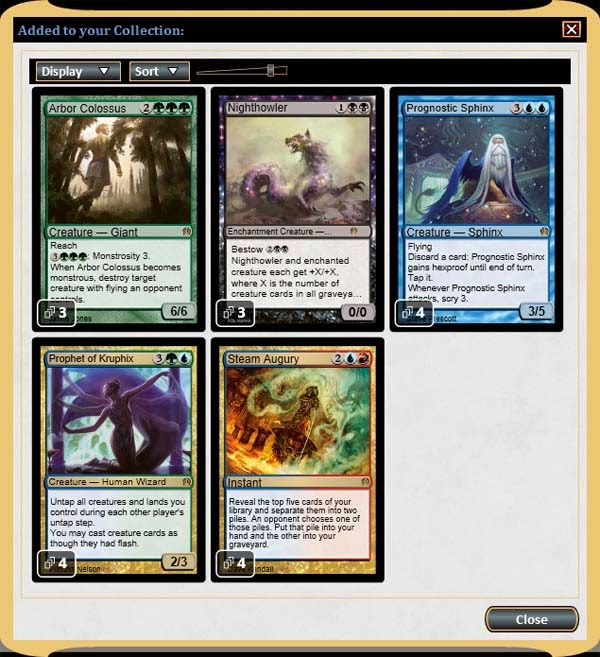 Here is all of them.

In the spirit of experimentation I also tried a minotaur deck minus Boros Reckoner and it is a fail in fun or game winning. 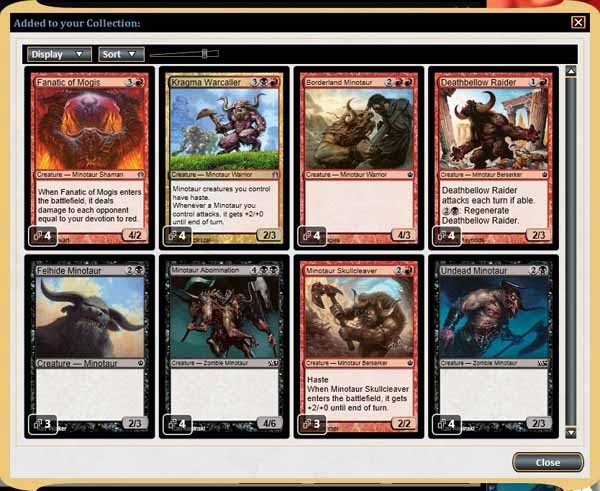