I am revisiting a lookup I did November of 2012 and another I did more recently shown here first. The more recent lookup shows the effect on prices from the issuance of Modern Masters. 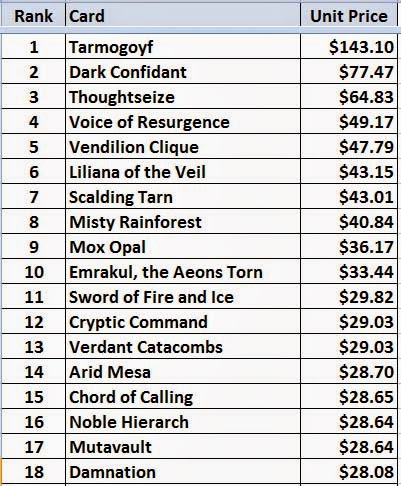 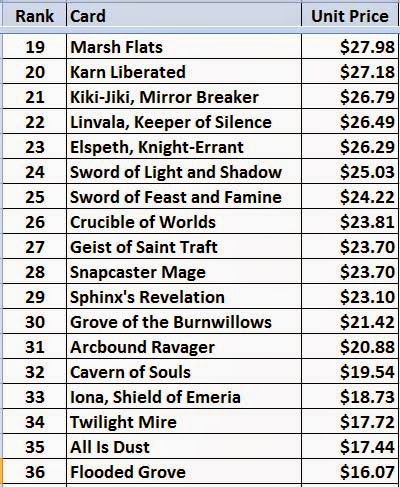 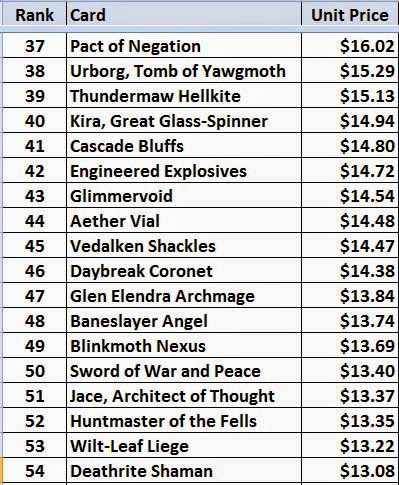 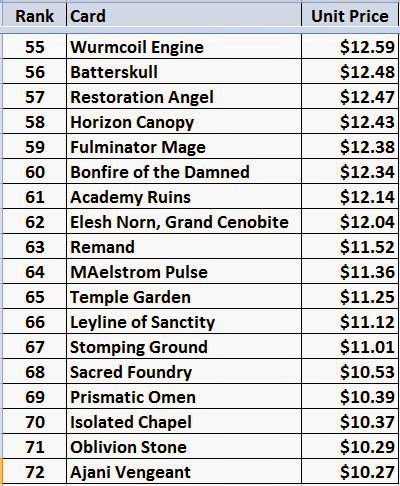 Here is the November 2012 one. This lookup focused on the total number of cards found in a large sample of tournament decks. 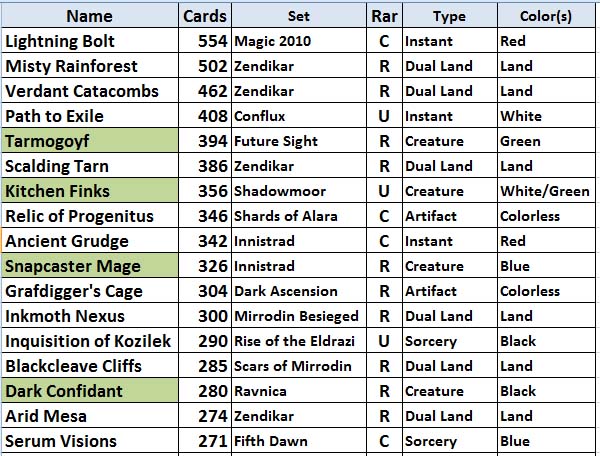 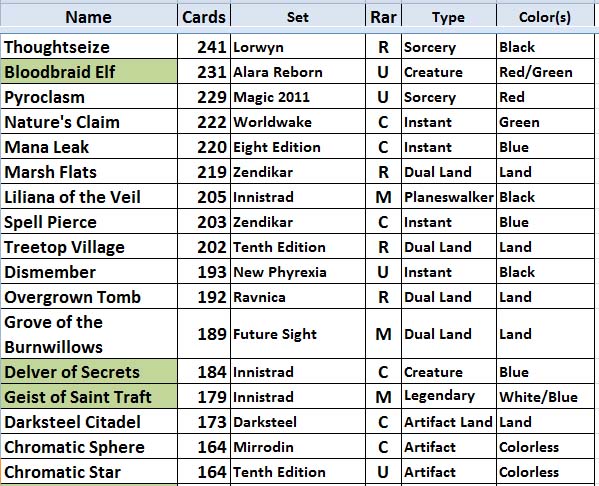 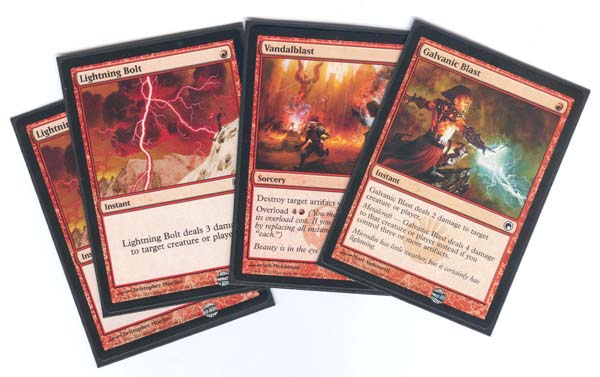 I have bought a few of the cheaper staples recently, but I am always running out of money! Oh, well....

A lot has been happening in Modern thanks to seemingly well-planned efforts by Wizards. Thoughtseize is in Theros, and its price, especially online, has decreased by a lot. 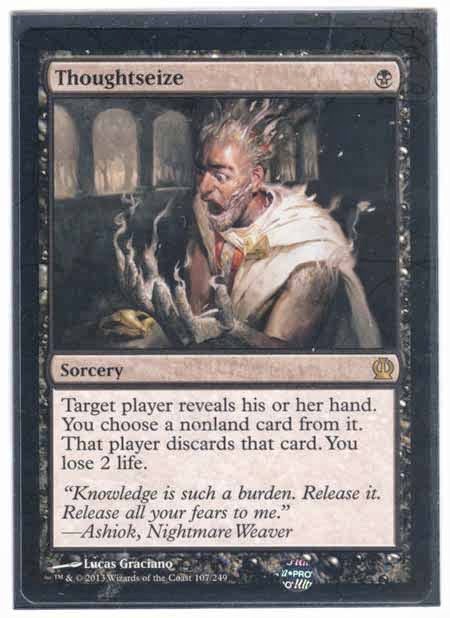 The really expensive cards except for Thoughtseize continue to be the really expensive cards. Tarmogoyf, Dark Confidant, and Vendilion Clique were in Modern Masters and have increased in price! The Zendikar block fetchlands were not in Modern Masters and IMHO desperately need to be reprinted. Several cards are rotating out of standard, but that is not decreasing their price, at least as paper cards: Liliana of the Veil, Geist of Saint Traft, and Snapcaster Mage. I very much hope that there is a second Modern Masters!
Posted by Rubiera