Born of the Gods play notes

As was the case with Gatecrash, I am not planning to attend this pre-release. Therefore, these are my notes for once the cards go down in price online and I start incorporating them into Standard, and perhaps one or two Modern decks.

1. The only two archetypes I am interested in playing are the white one and the red one.

3. All gold cards look interesting. The ones that don't become too expensive I would like to try.

5. I want to expand on my casual minotaur tribal (it does not include nor will include Boros Reckoner).

6. Maybe I will try a cyclops tribal 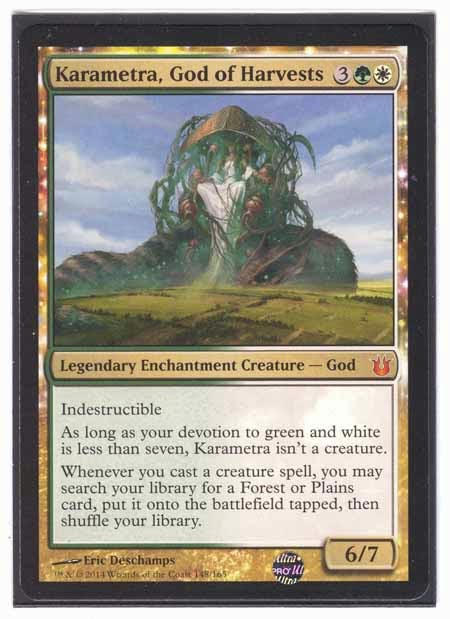