My opponent was playing the competitive version. I did not have much of a chance, but I had fun. The replay has faulty counters and would not go beyond turn 31....we played until we were almost out of cards. Here is the first Ajani ultimate. 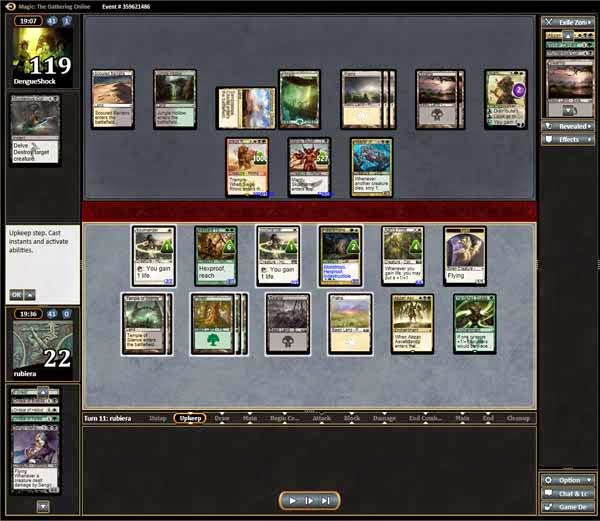 Ajani's counters has a bug in the replay, but not in the game. 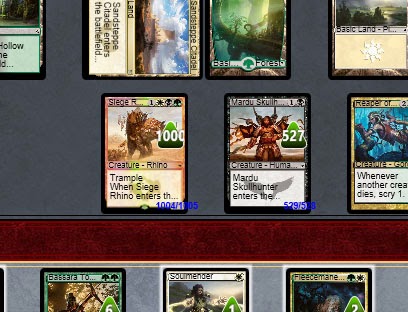 After two ultimates of Ajani my opponent is at 223 life. 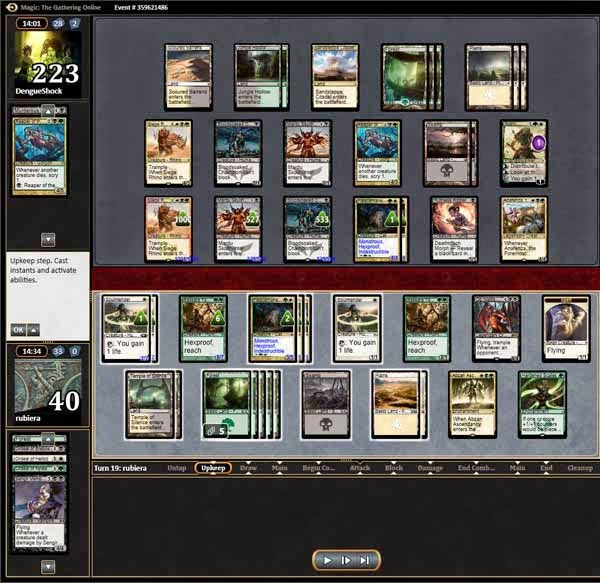 I get rid of Ajani with the flying token from Abzan Ascendancy. 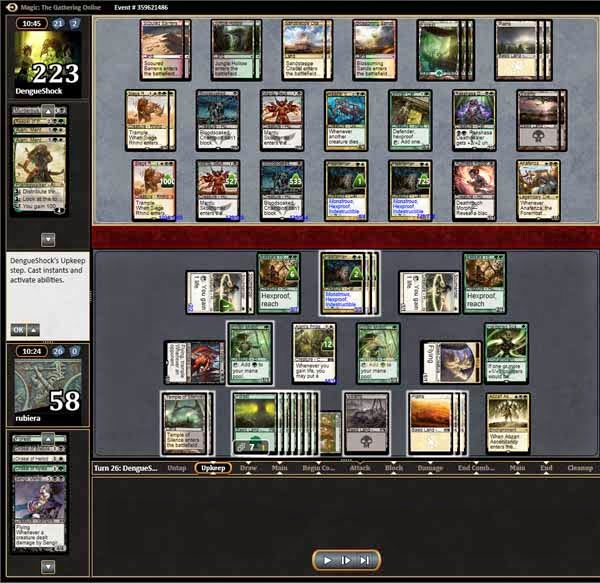 Elspeth drops a bunch of tokens. I was able to get rid of Elspeth and hit hard with my flying token that I boosted with my Bow of Nylea enchantment. 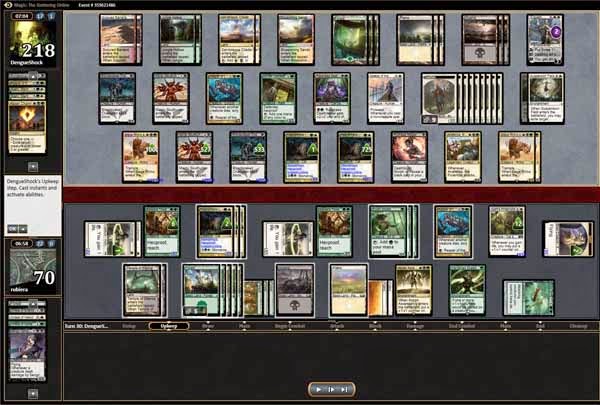 One of several barrages for my opponent to win the game.