Link to the mono-blue version.

Adding white has proven a good move. I now can attack decks that are a little better than casual. 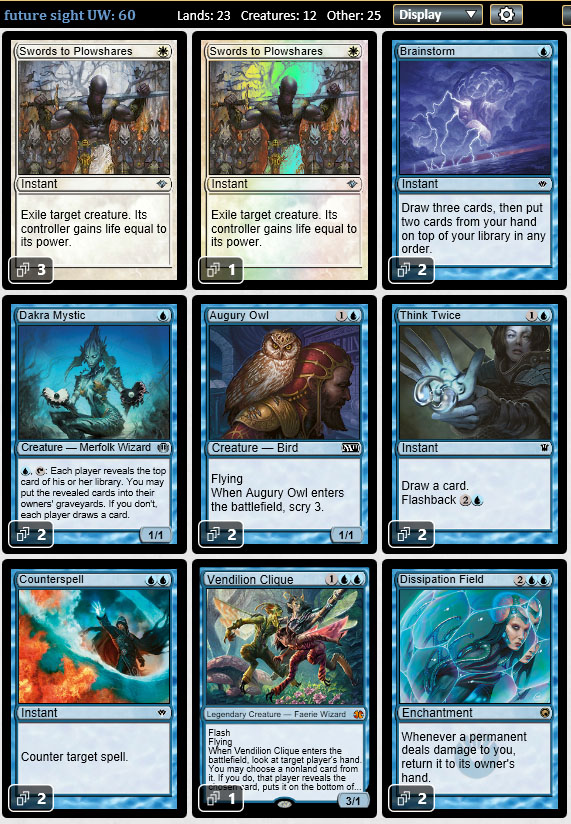 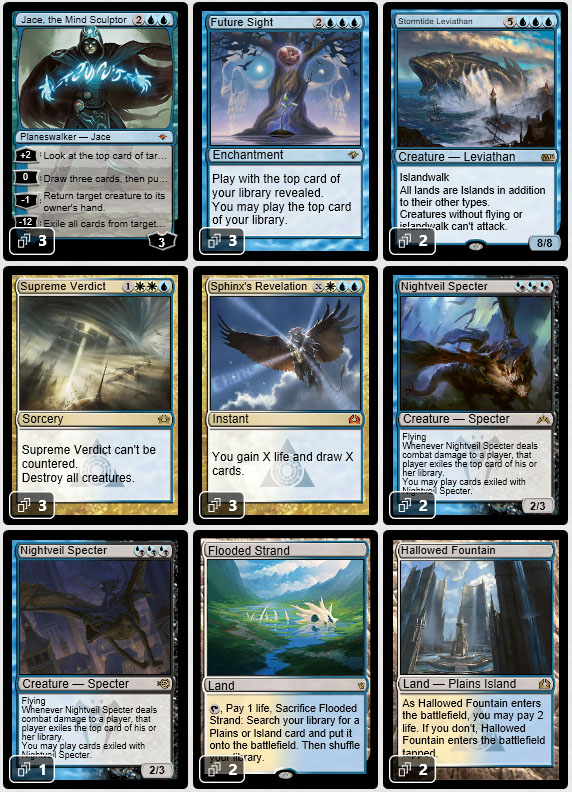 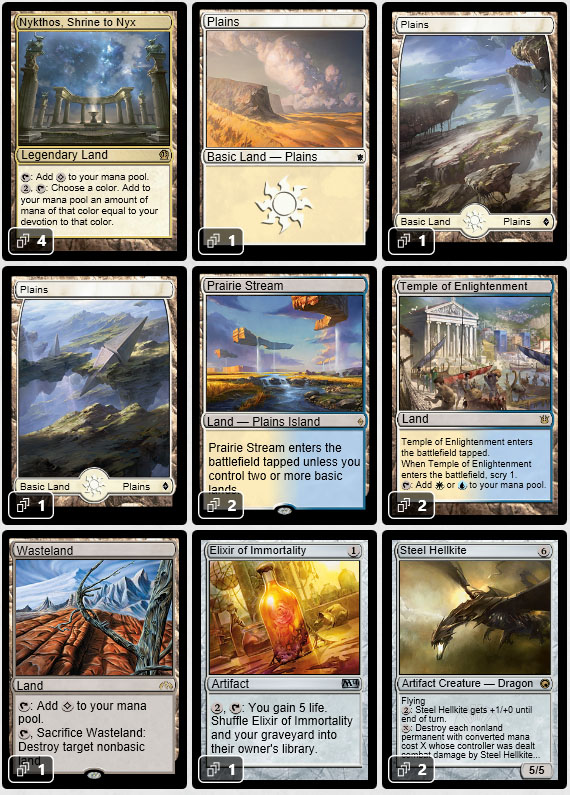 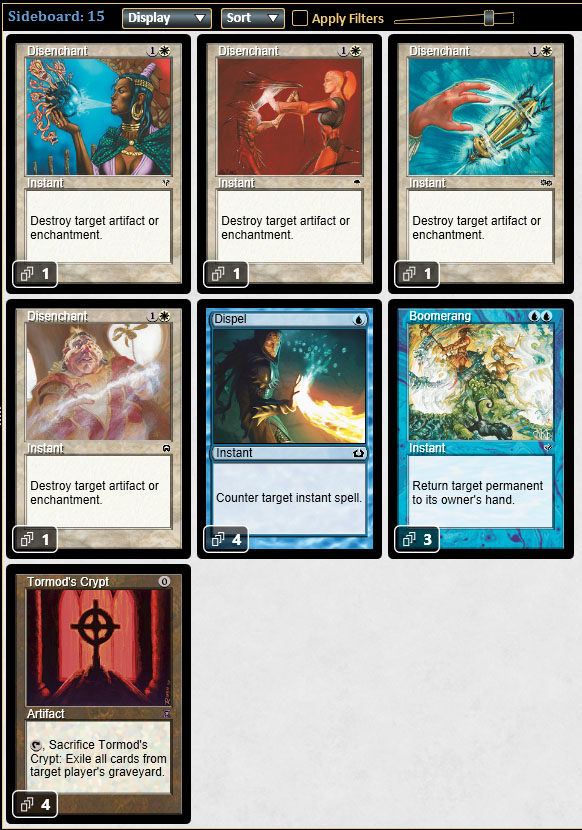 But first, a word from our sponsor, the Eldrazi menace. Here is a match I lost 0-2 yet one that illustrates how much more I can do with this deck in white/blue that I could not do in mono-blue. Here is the first lost game, which wasn't much of a fight. 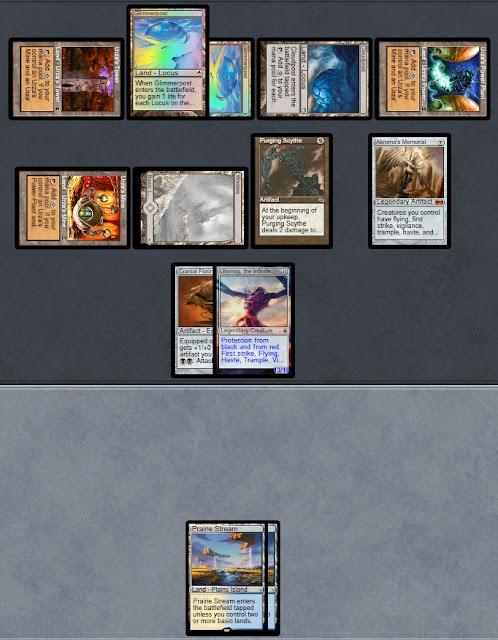 The second lost game was a valiant effort. I boomeranged several of my opponent's land drops. 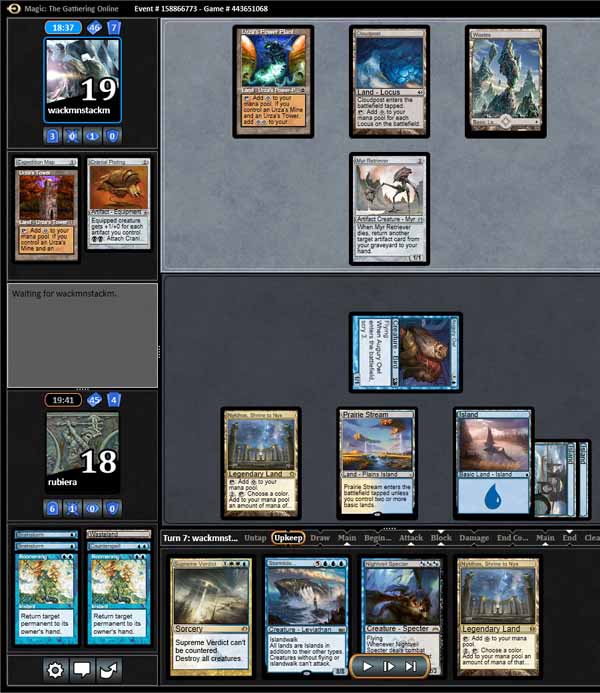 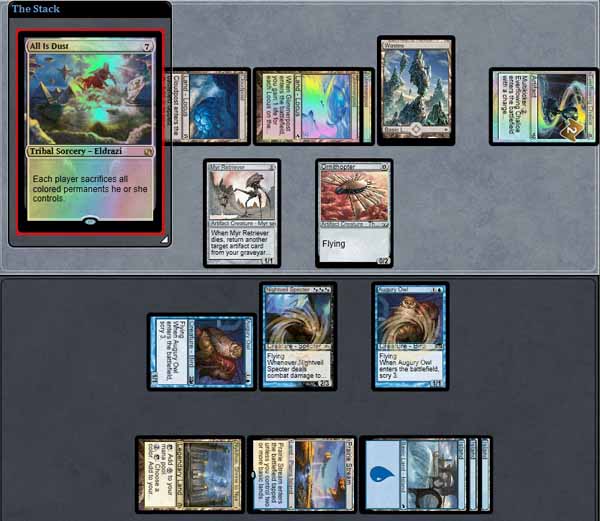 My opponent is in a sea of mana and is able to use Scour from Existence multiple times to exile enough lands to get me out of white. 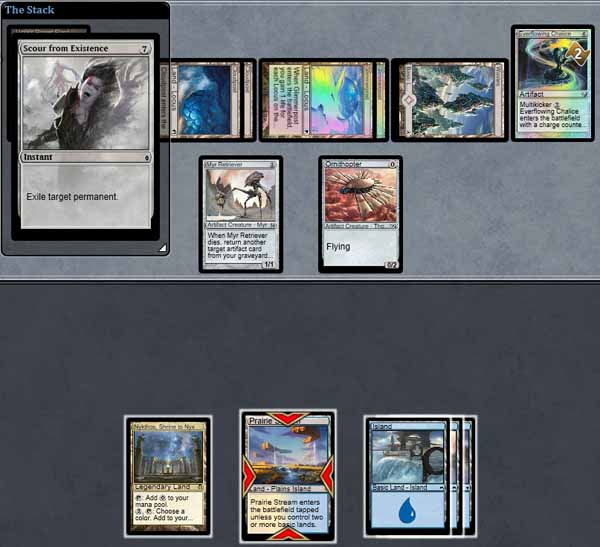 Jace helps against all decks. Here, I place a Cloudpost at the bottom of my opponent's deck. 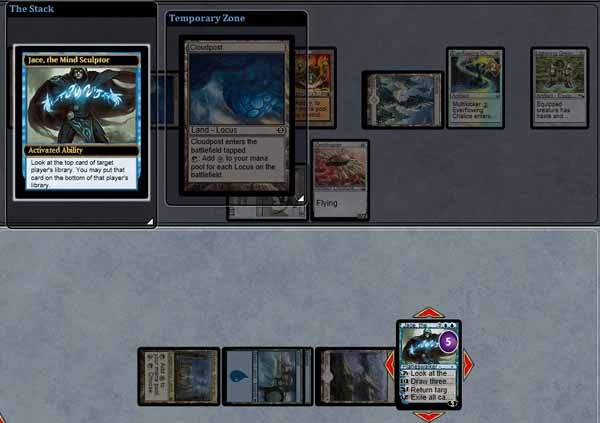 Perilous Vault takes out my Jace, even if at the expense of my opponent's creatures. 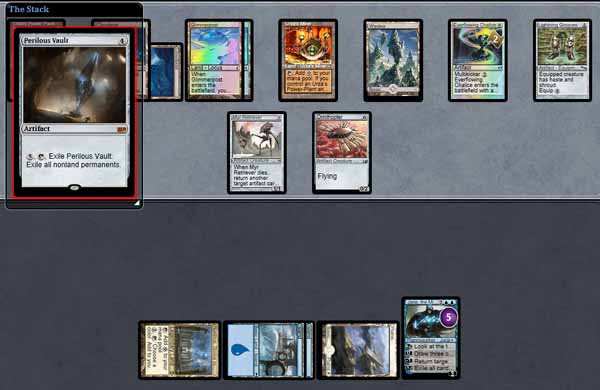 And then my opponent drops an Ugin on an empty field and triggers its ultimate. 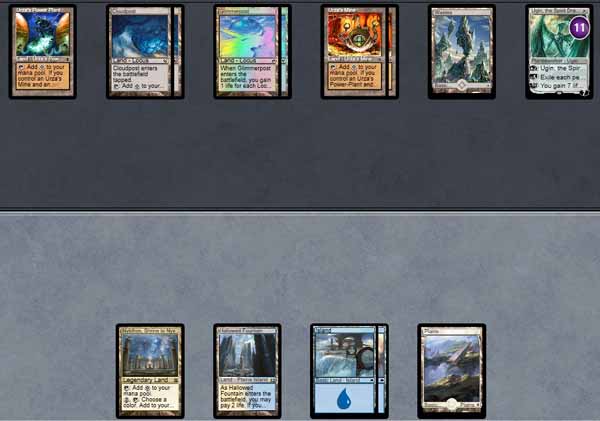 I then take out all but an indestructible creature with Supreme Verdict. 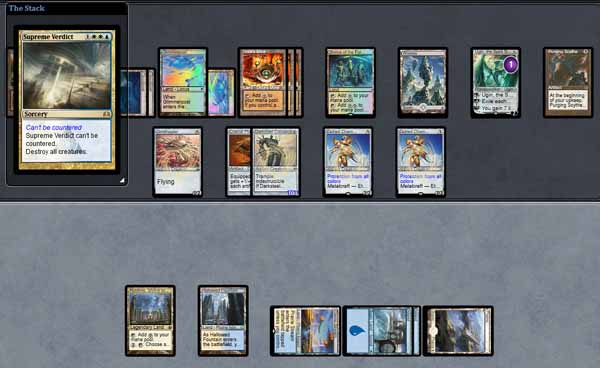 I then exile Darksteel Colossus with Swords to Plowshares. 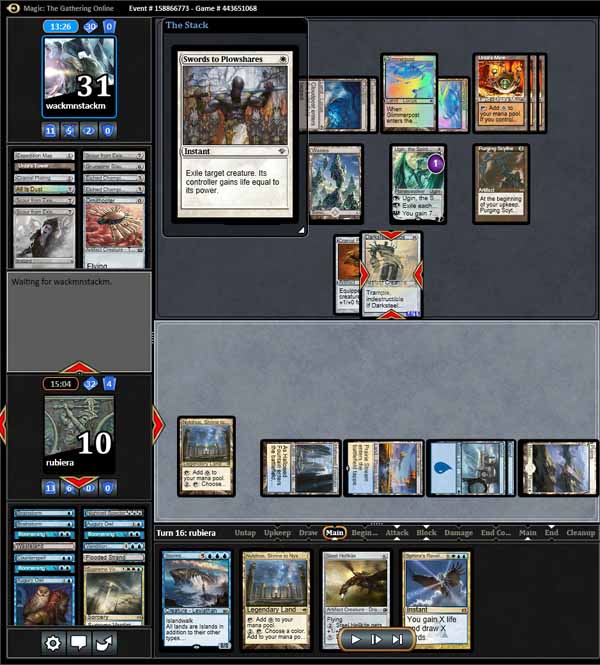 My opponent then cases an Ulamog with that sea of mana and I lose. 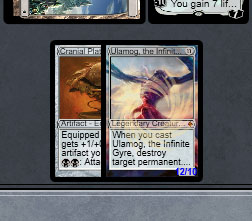 I won the second game, and my opponent gave up after that. Here, I take out an enchantment to keep hitting with Vendilion Clique. 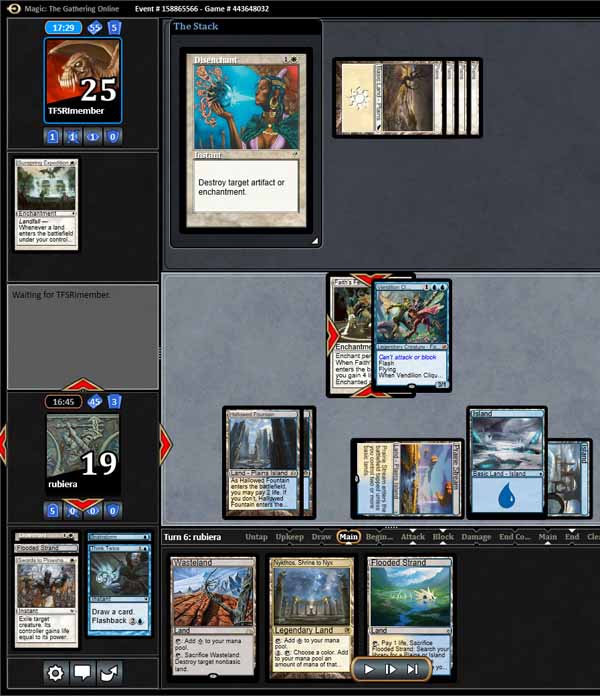 I do the same to keep hitting with Stormtide Leviathan. 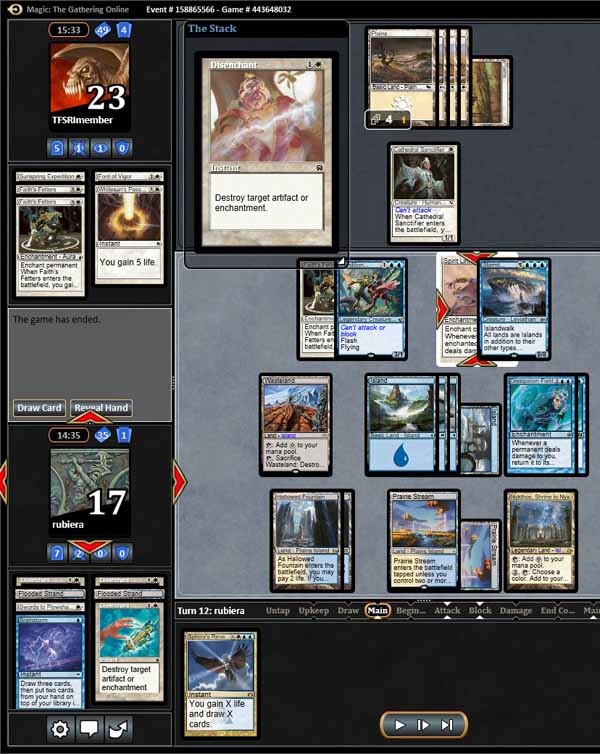 And here is a final message from our sponsor, the Eldrazi menace.

Notice that all of my offensive moves were with the newly-added white and white/blue cards. Now, if only Geist of Saint Traft had flying...
Posted by Rubiera