Fetchland Reprints Program (FRP) might as well be money printing.

Wizards has done such a great job milking the fetchlands. First, some background:

The best dual lands in Magic come in untapped and have basic land types. For example, Tropical Island is both a Forest and an Island, and it enters untapped. 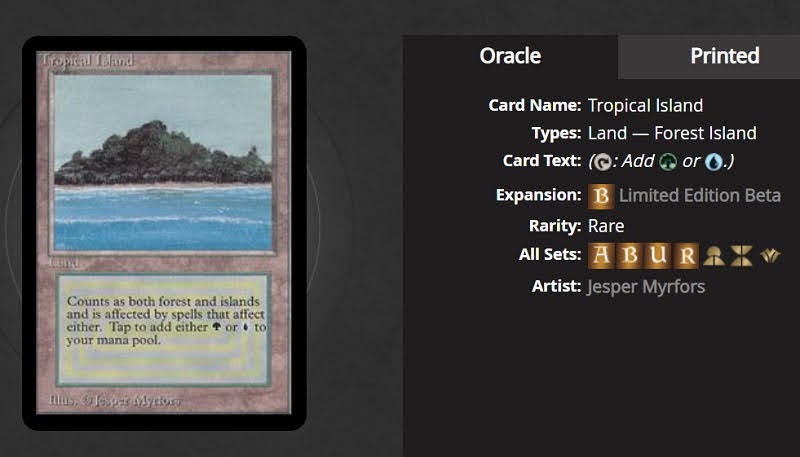 1. Vintage and Legacy, pretty much dead formats. These 'boutique' formats are played with proxies, or played with original dual lands by players who either bought these cards before they became uber-expensive, or spent ungodly amounts of money on cardboard.

2. Modern, which does not have access to the original dual lands. In Modern, the fetchlands rule the format, and are the main barrier to entry. I don't think it's debatable that Modern has endured a decline as the fetchlands have increased in price.

3. Pioneer, which begins with Return to Ravnica, and in which the five allied fetchlands from Khans of Tarkir are banned. Pioneer does not care about fetchlands.

4. Historic (Arena-only format Ixalan forward), and Standard also do not care about fetchlands.

Therefore, when we talk about fetchlands, we are talking about Modern price gate-keeping. Wizards has announced that the ten fetchlands will be in the Modern Horizons 2 set as regular booster cards. The questions that need to be answered are:

1. Will the reprinting of fetchlands as Zendikar III expeditions lower the price of the fetchlands, and to what level?

2. Will the reprinting of fetchlands in Modern Horizons 2, next year, lower the price of the fetchlands, and to what level?

I believe that Wizards has decided to keep the floor for the most sought-after fetchlands at $40, and that this floor will not go below $40. Because of how long it has taken the company to reprint the fetchlands (since either Khans of Tarkir or Modern Masters 2017), many players who wanted to play Modern at near-competitive or competitive levels have not been able to afford to do so.

The only way for this floor to go lower is for the Modern player population to go down despite the availability of fetchlands, and I don't think that will happen. I think there is a large number of potential players wanting to enter the Modern format, and that is why I believe that:

1. Wizards might as well be printing money every time they reprint fetchlands.

2. The $40 floor for the most sought-after fetchlands will remain.

Even if in a post-COVID scenario we can all go on vacation and spend less money on Magic, that will mean that less of Modern Horizons 2 will be printed, and even in that scenario, the $40 floor for the most sought-after fetchlands will remain.

The answer to both questions above, unless the player population decreases, is that the $40 floor for the most sought-after fetchlands will remain.

P.S. Commander has slowly displaced Standard as the most popular format, or so we believe. But Commander players only need one of each fetchland. They will be willing to pay exorbitant amounts of money for these cards regardless of how many get reprinted.