This deck has some fun interactions. 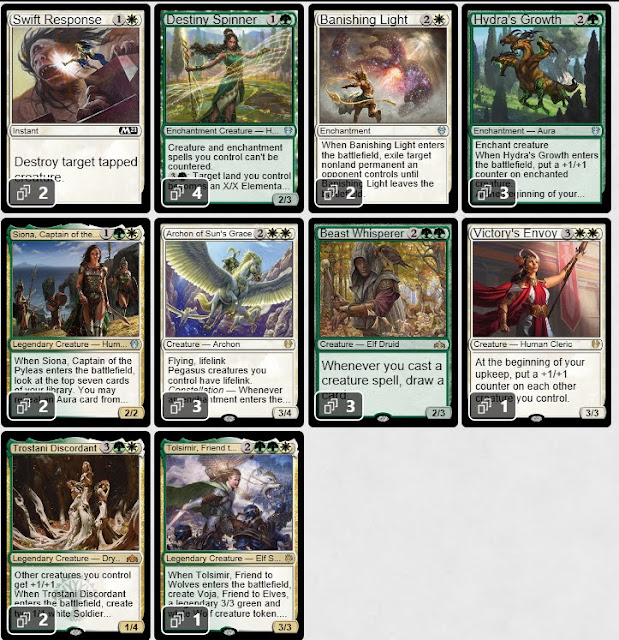 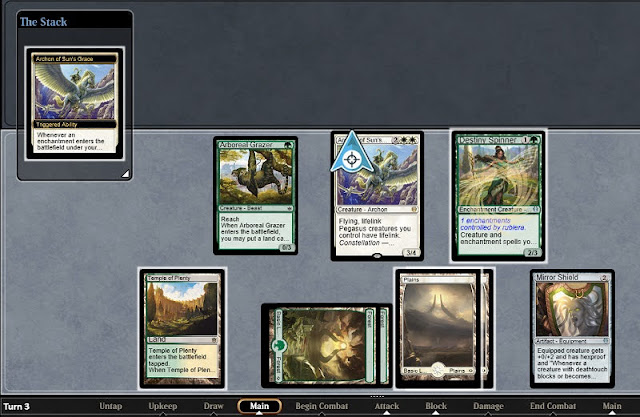 Beast Whisperer draws me cards every time I cast a creature. 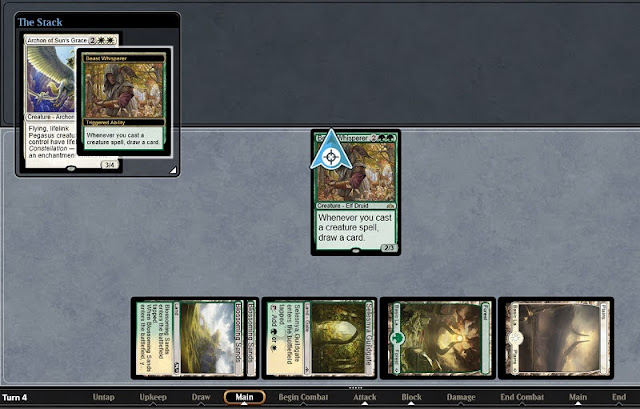 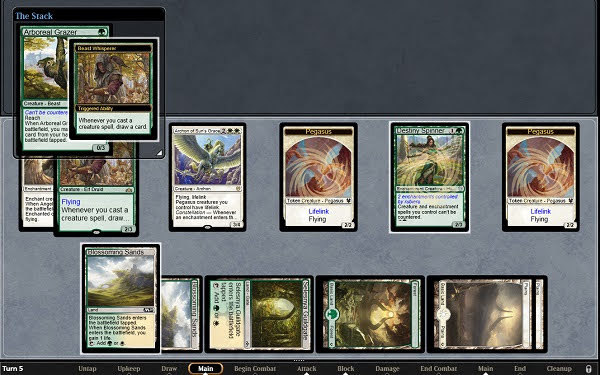 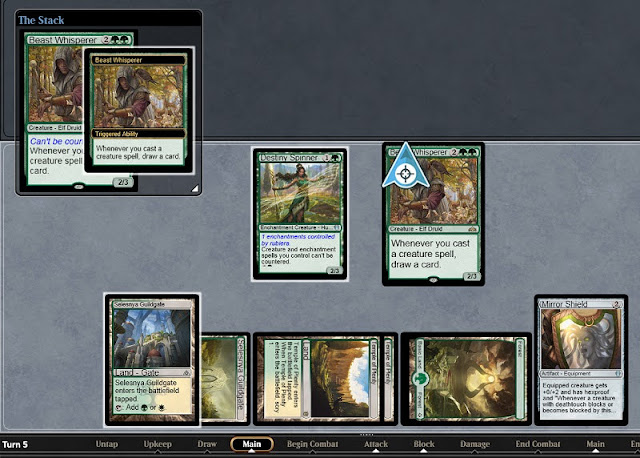 This will rarely happen, but it's what makes this deck fun. 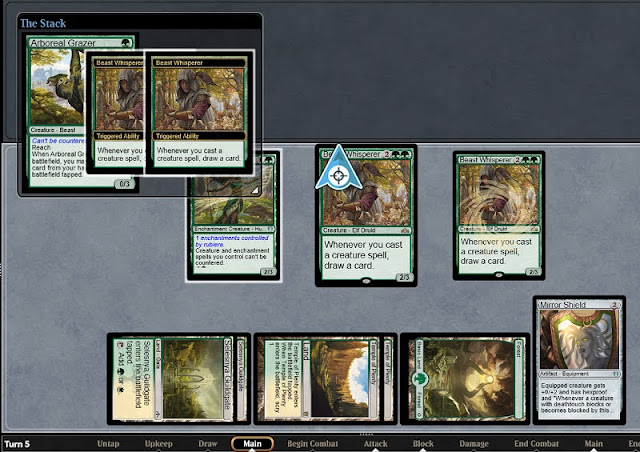 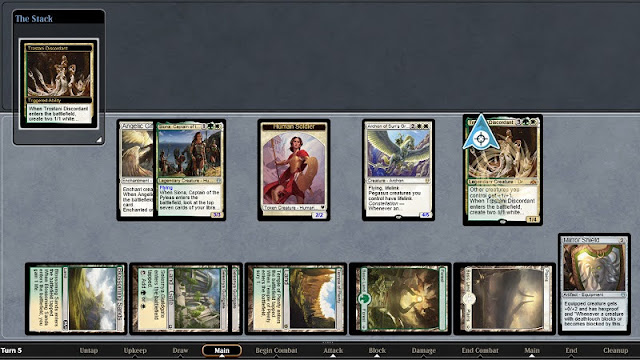 Making one of the creatures hexproof is really useful. I have used this trick in so many decks!

And when combined with Hydra's Growth, it's a key feature of the deck. 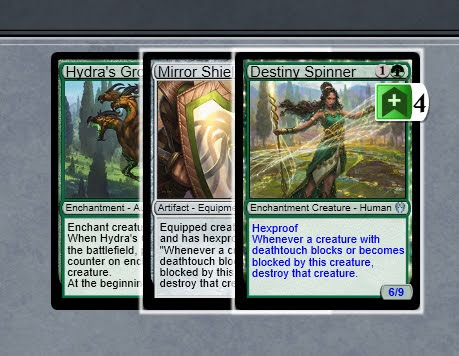 Victory's Envoy only needs to be on the board one turn to make all creatures bigger. 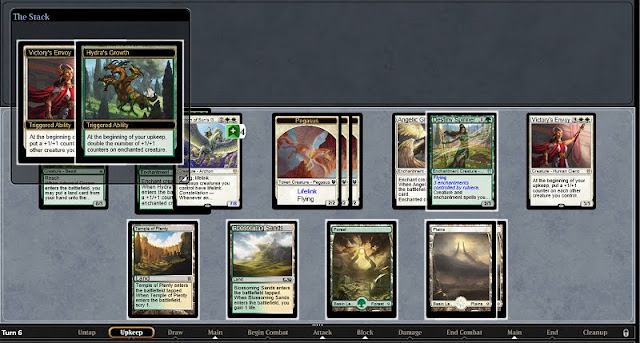