I used the total format price list from mtgGoldfish and looked at the cards that were $10 plus online. I have no forecast for the lands because the enemy color fetchlands can be included in Dragons of Tarkir and Modern Masters had no money lands. The cards I consider to have low probability are cards that are in decks with other cards that are out of range for this product, such as Fulminator Mage. The medium probability cards (50/50) are cards that are found in a few competitive decks or that are used mostly in Legacy, such as Hurkyl's Recall. The medium probability cards can get included to add money to the packs for each color-e.g. Elesh Norn for white and Damnation for black. I will be very surprised if the the high probability cards are not in this product, but this is only a forecast! 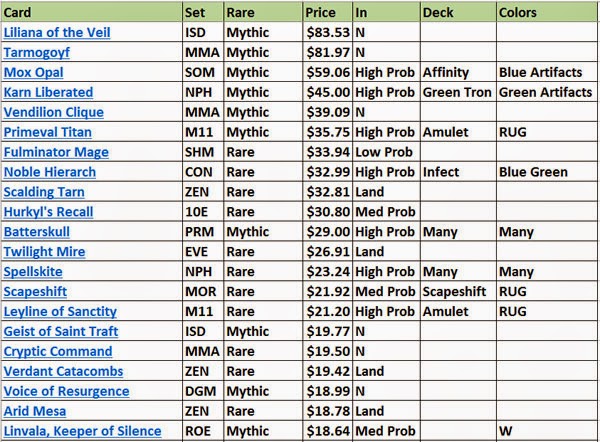 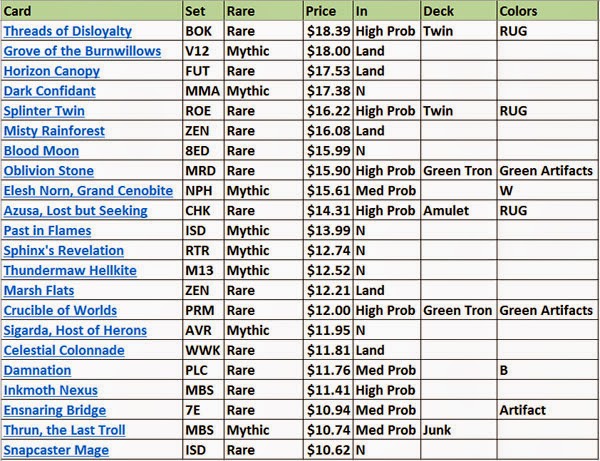 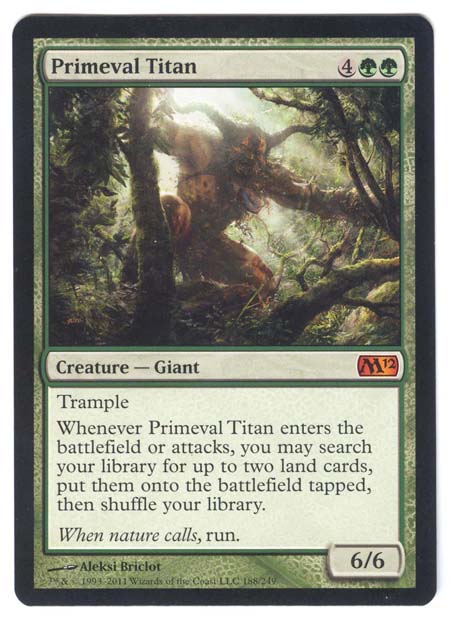