This is a deck I played against (Blibleman is the player, great build!) and it is way more effective than the build I tried. Aetherspouts is the main denial spell by placing all creatures back into opponent's deck. There are several spells to drift through the deck to get the right abilities in the graveyward: Tormenting Voice, Taigam's Scheming, and, in the battlefield, Bloodfire Mentor. 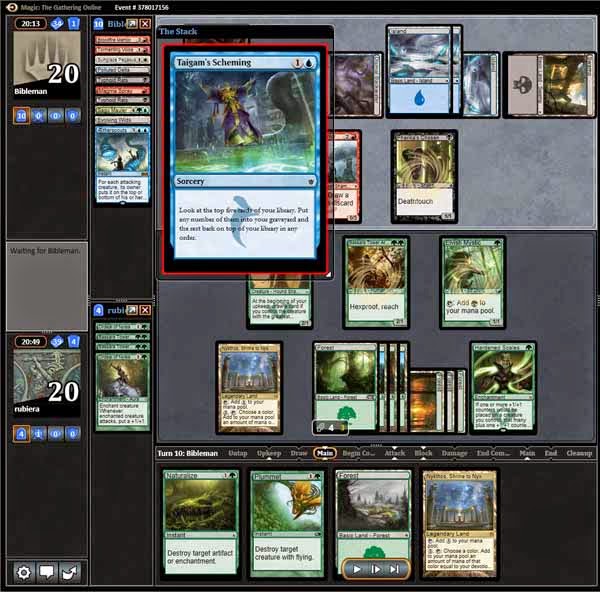 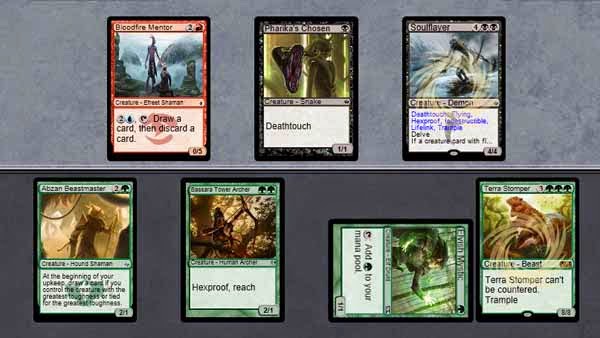 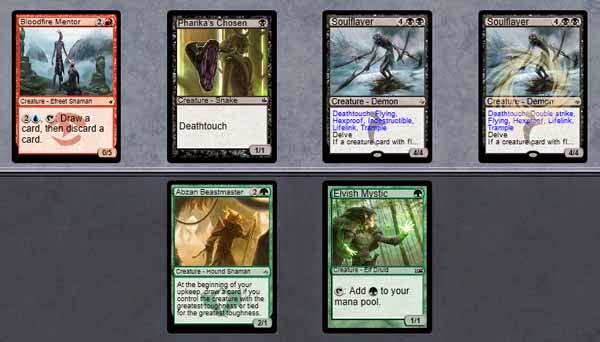