I like Investigate, but it makes decks a little slow. Also, in this deck, I have fun with the equipment theme; and 'having fun' is code for losing lots of games to over-powered decks, which I did. Oh well, at this stage in the game, I am just learning how the new cards play. Here is the deck. 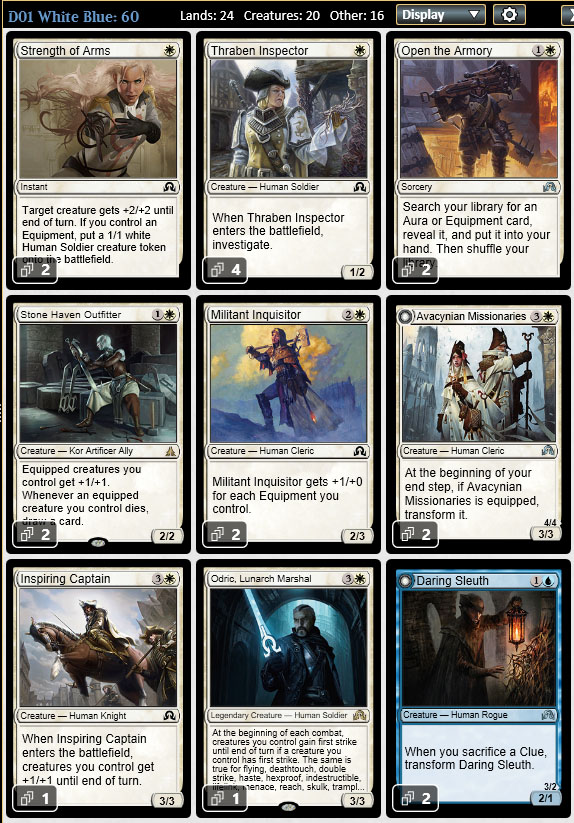 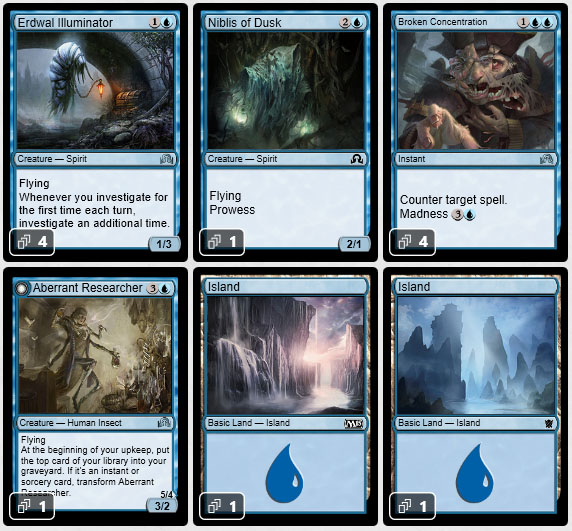 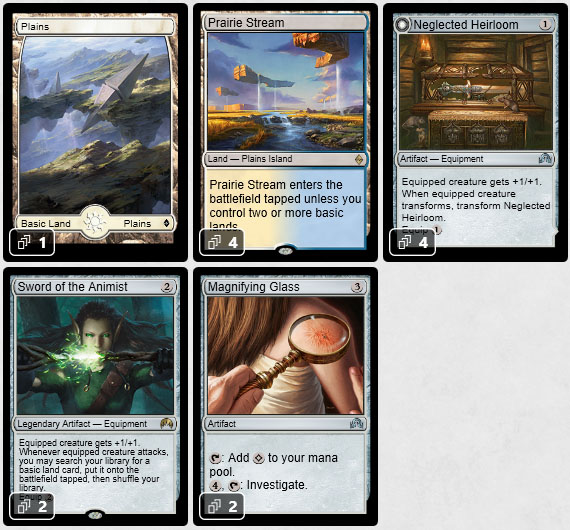 I lost against a mono-blue deck I liked a lot. Its based on the theme on stalling until you can drop a bunch of Zombies with Rise from the Tides. Pieces of the Puzzle gets you tappers. Jace's Sanctum is a Scry filterer. 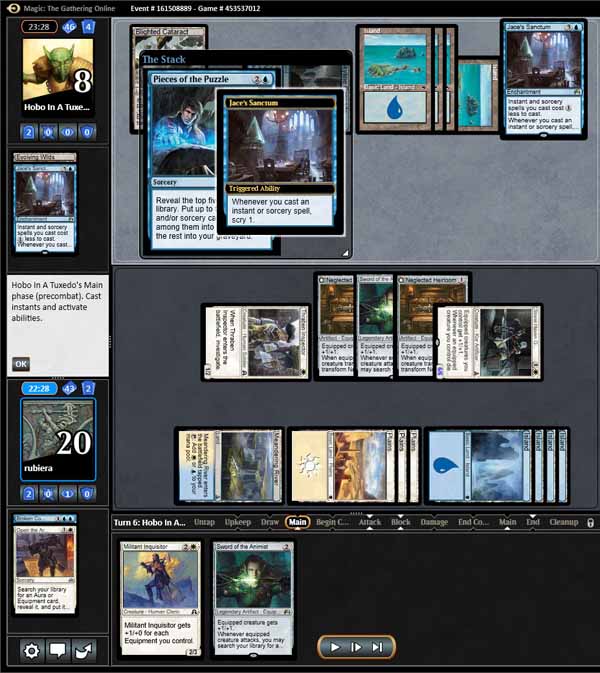 Grip of the Roll is very useful in this deck. 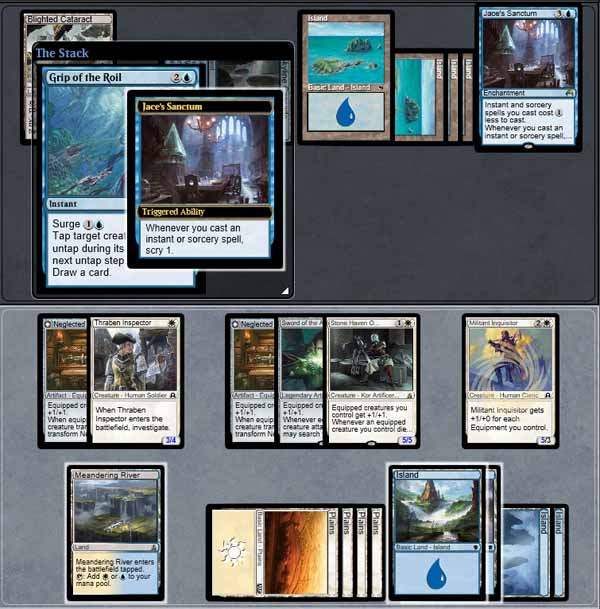 Disperse is a less powerful Boomerang. Here comes the first batch of zombies. By this time my opponent has a graveyard full of instants an sorceries. 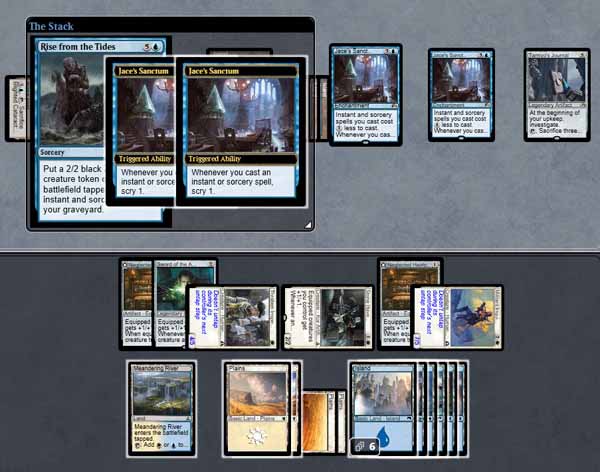 After the second batch my opponent has 14 2/2 Zombies. I am done. 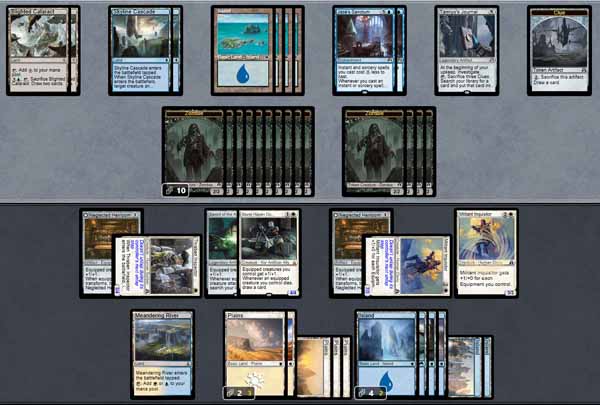 Here is a game I won against someone playing the new Sorin. I had Odric on the battlefield making all of my creatures flyers. 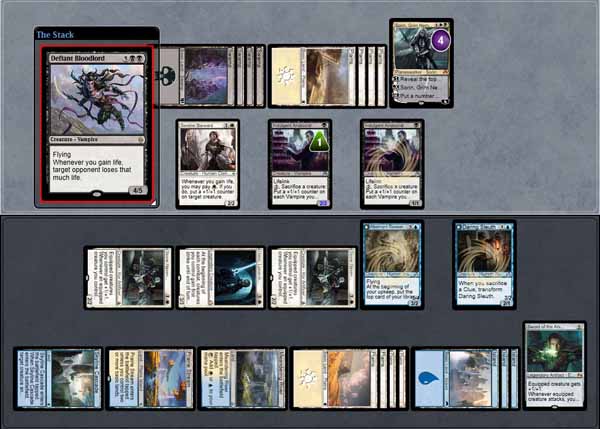 Eventually my opponent chump blocked with their lone flyer. 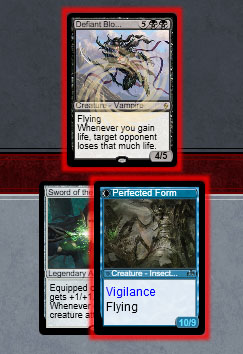 Playing Remorseless Punishment would have been effective against me earlier in the game. 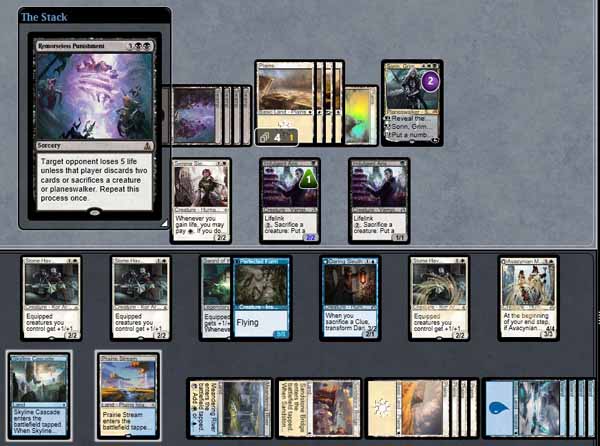 But after it I still had a field I could win with. My opponent gave up. 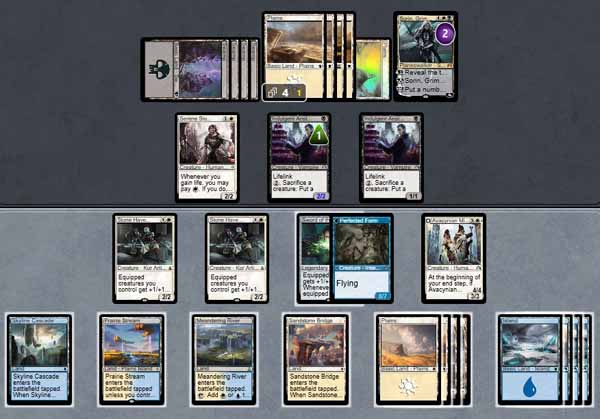