I went White/Green. Just kidding, I went Blue/Red and played three Delver of Secrets, which is terrible in Limited, just like me. Limited for me is all about having fun rare fishing (hey, I have done well doing so, I even scored a Tarmogoyf in another Flashback Draft!). I even won the second game of the match! White/Green is the color pair to play in this format.

Here are my cards. I started in White and Blue, but Red kept being open and I shifted out of White. 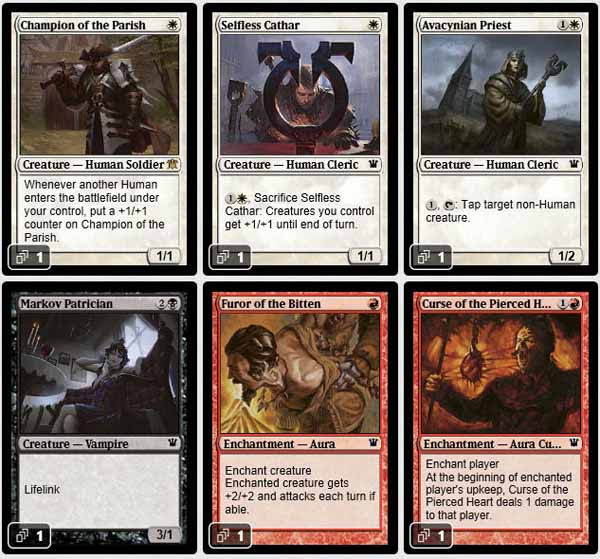 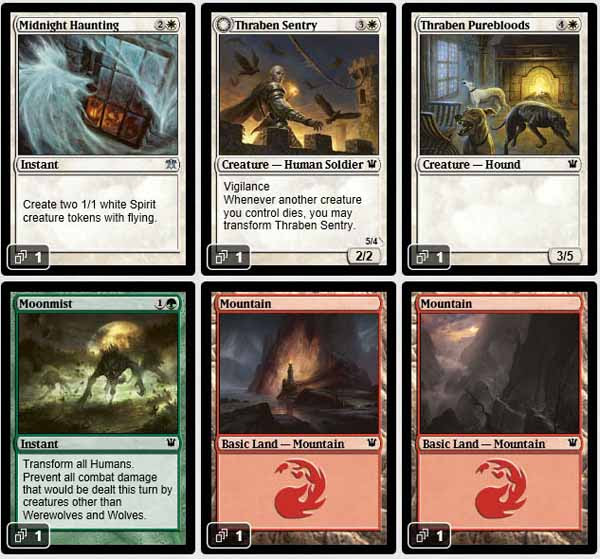 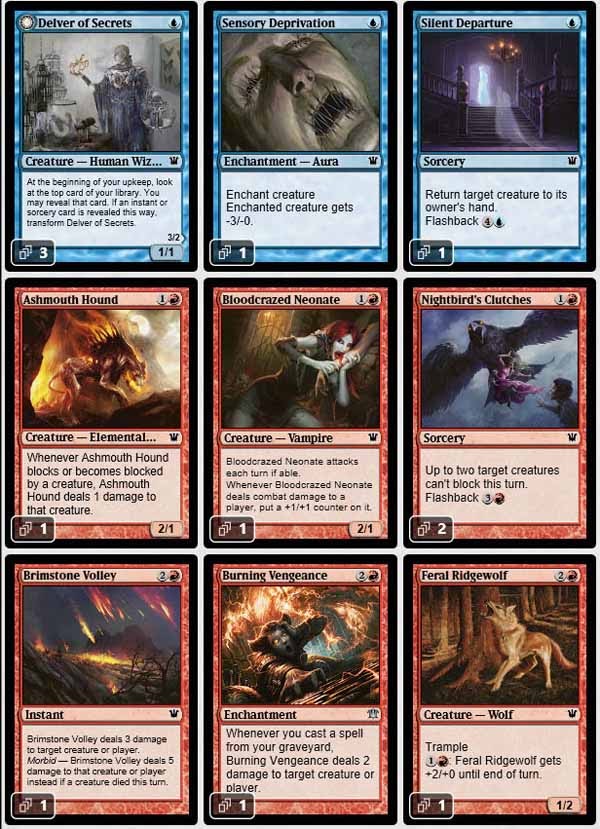 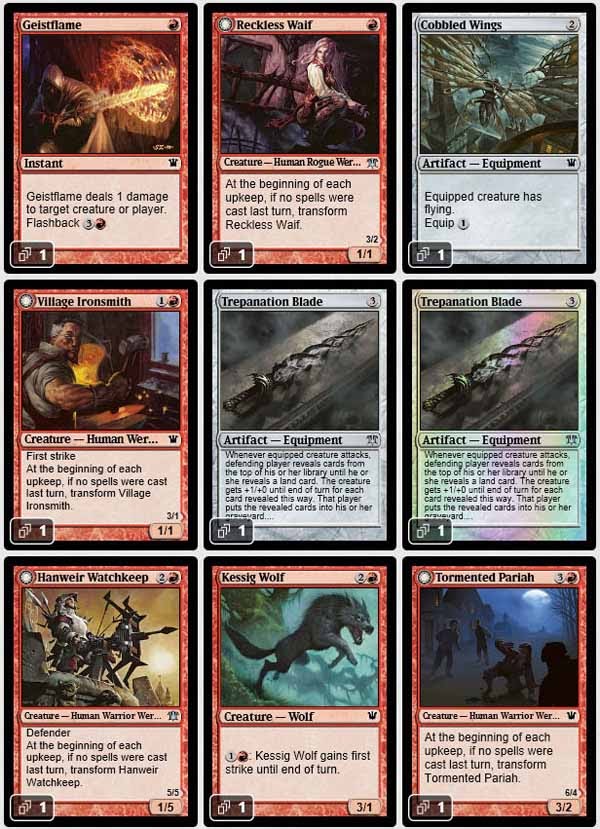 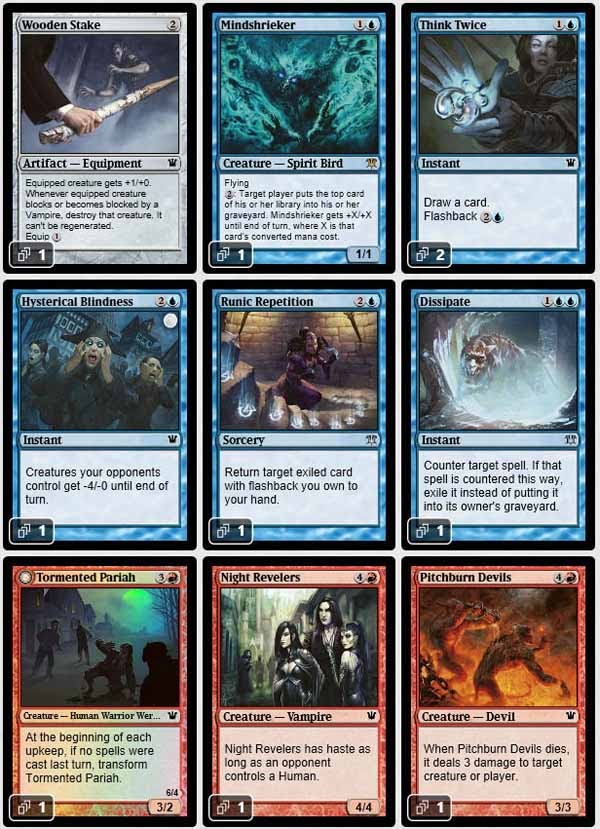 Here is the deck I went with. 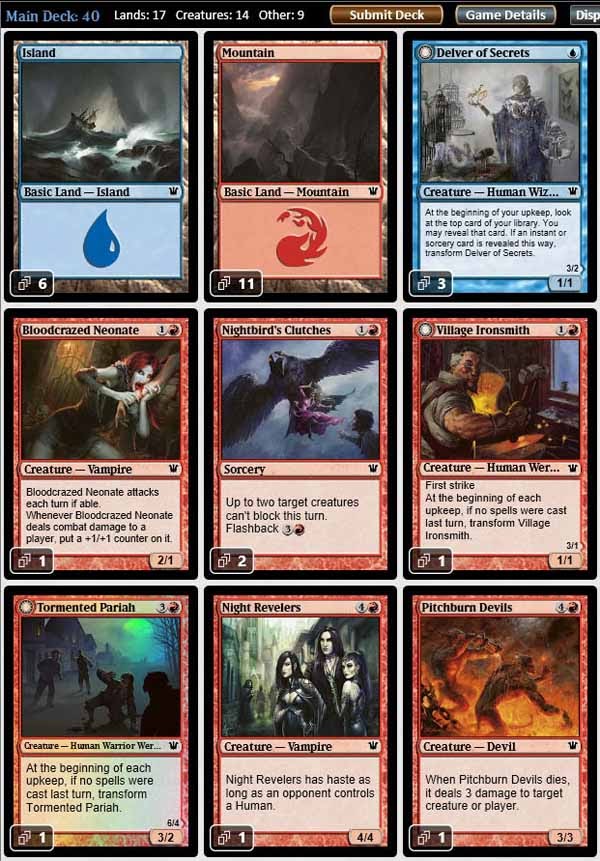 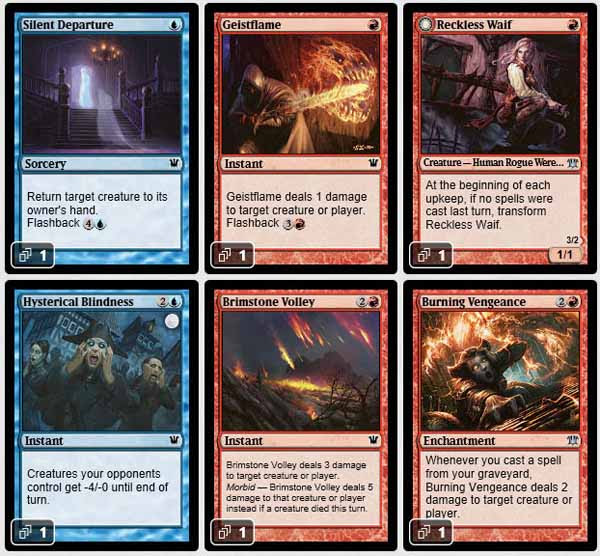 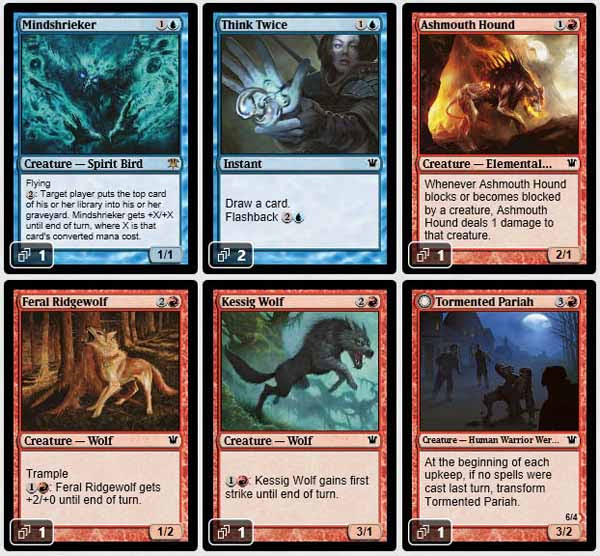 My opponent won the first game by making good use of Equipment and having a 2/1 flyer with FIrst Strike. 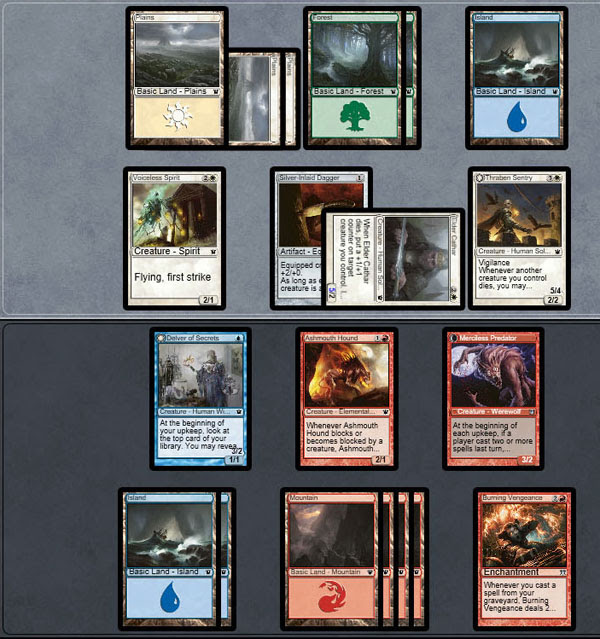 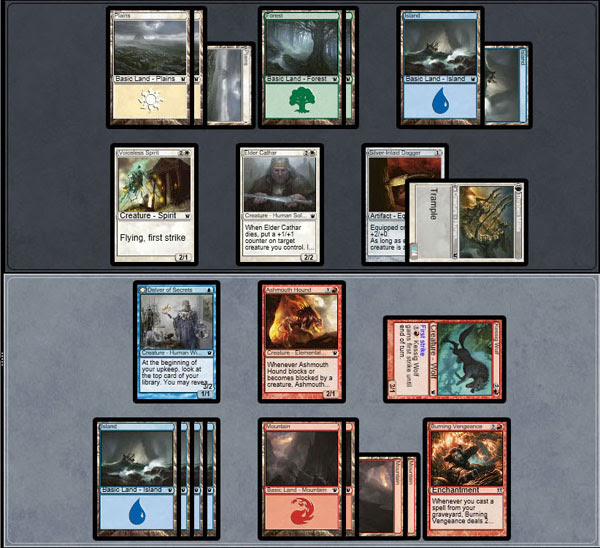 Second game I was able to play my red creatures and attack strong. After this, two of my Delver of Secrets turned into 3/2 flyers and I was able to cast Nightbird's Clutches to make my opponent's two creatures unable to block, and I swung for 6 for the win when my opponent was at 6 life. 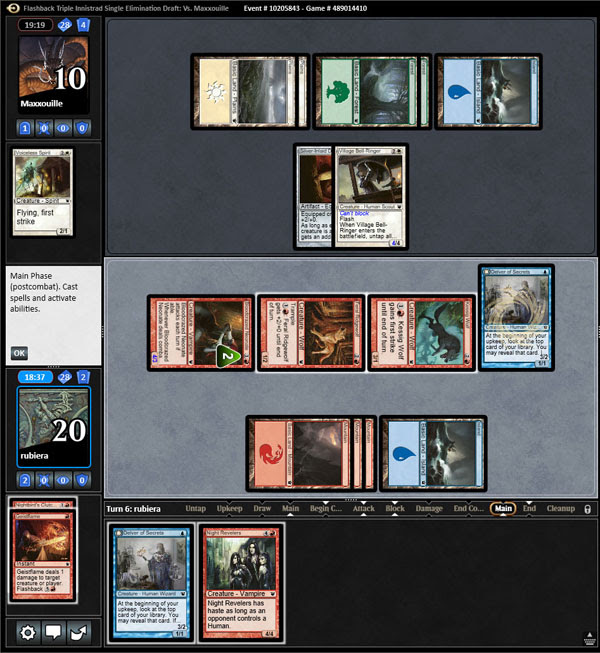 Third game I never had a chance. 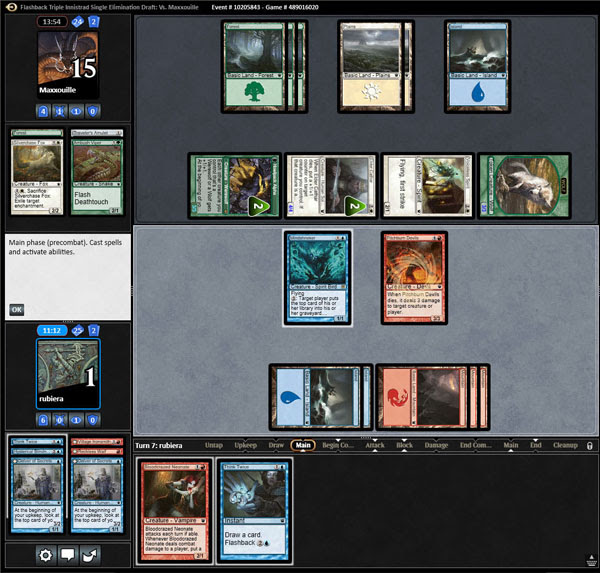