Standard Amonkhet Exert Deck plus Approach of the Second Sun

I suspected Exert would be a lot like Cohort, and perhaps Phasing: a sucky, lose-a-turn ability, and unless I am missing something, I think I was right. Here is the final, if you can call optimized, deck. I lost every game, and therefore, if I did any optimizing, it was to lose faster? I started with Naya (White/Red/Green) and then I very soon cut Red out. It didn't matter, this deck was born to lose. 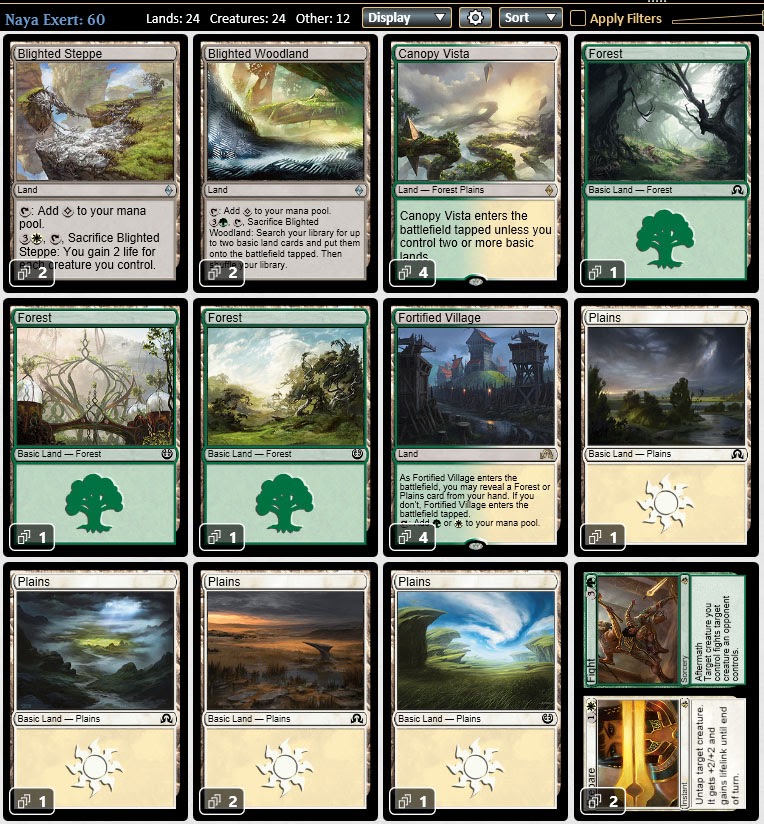 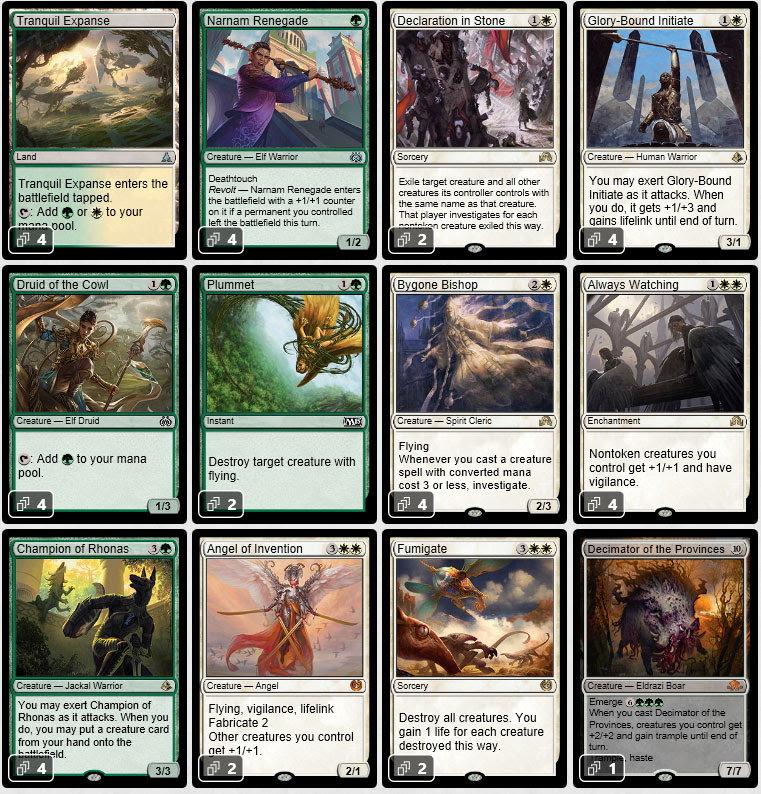 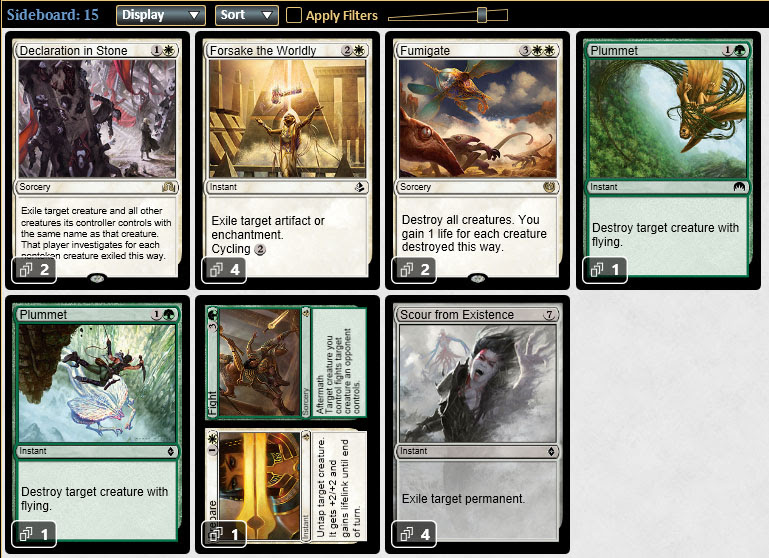 Here is my track record, an incredible 0-19 record. This has to be the worst record of any deck I have ever optimized.

Here, I get board-wiped. My opponent was playing around Trespasser's Curse, something I want to do. I am surprised Trespasser's Curse is common, and I like that! It's always great to have a common that is more useful than for just Limited. 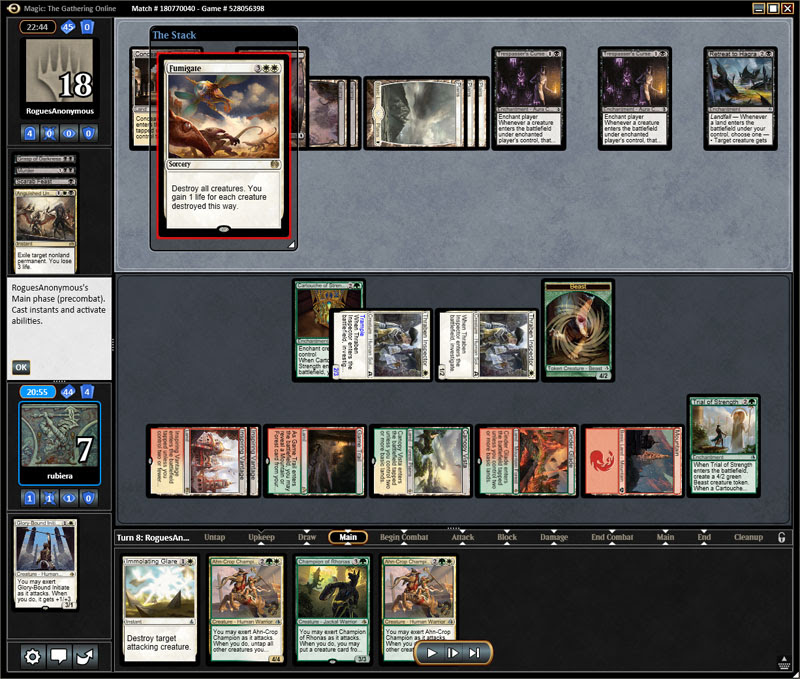 For the rest of this post, I am describing a loss against an Approach of the Second Sun deck. This description is more about my opponent's interesting and successful deck than about my terrible Exert deck. I still don't know why As Foretold is in this deck. I guess you can get some free-casting out of it (At the beginning of your upkeep, put a time counter on As Foretold. Once each turn, you may pay 0 rather than pay the mana cost for a spell you cast with converted mana cost X or less, where X is the number of time counters on As Foretold.) I did not see my opponent do much free-casting. They were able to build up the mana for hard-casting. 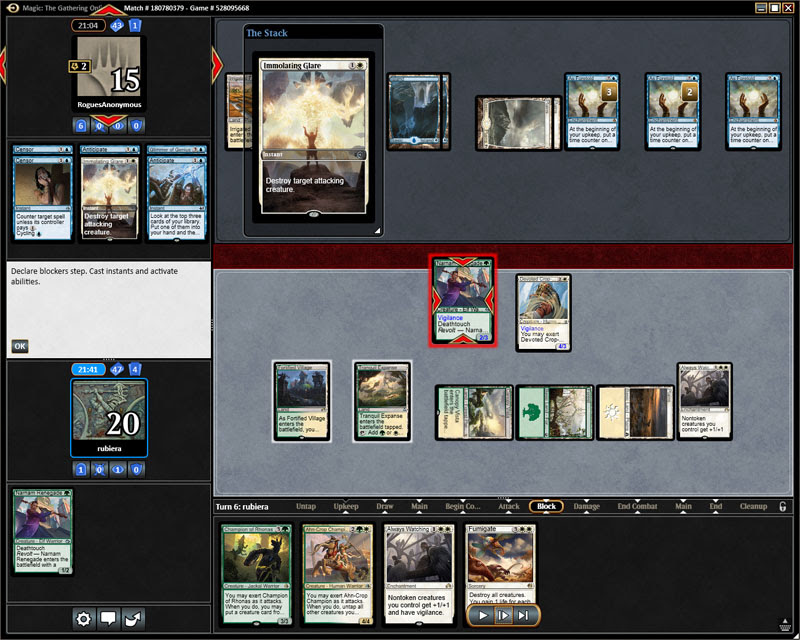 My Exert critters are doing "their thing" here. It's like pitting kittens against lions, though, and I am the one with an army of Exert kittens. 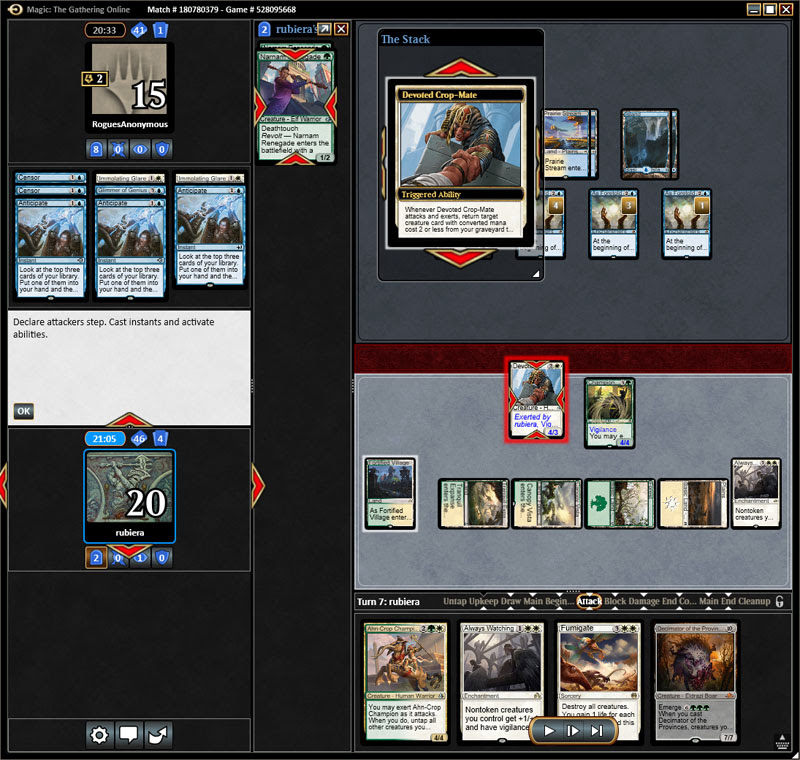 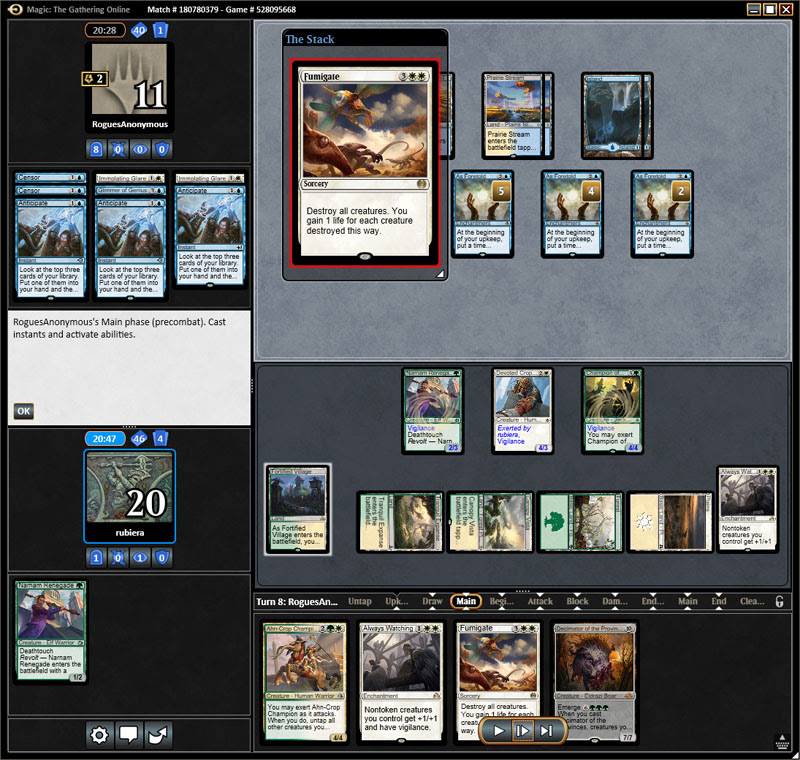 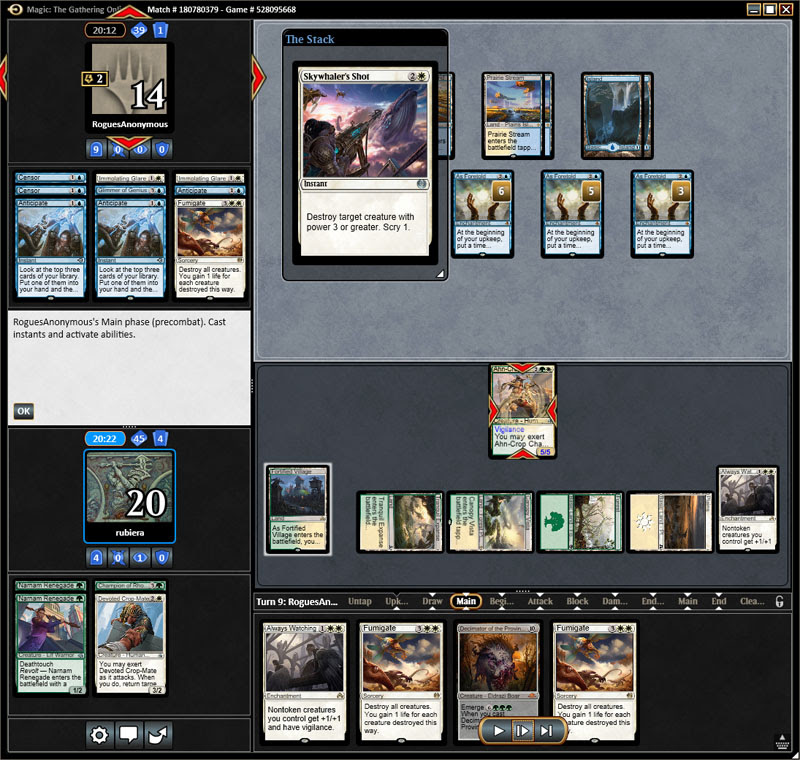 My opponent got to play all four Anticipates in their deck. 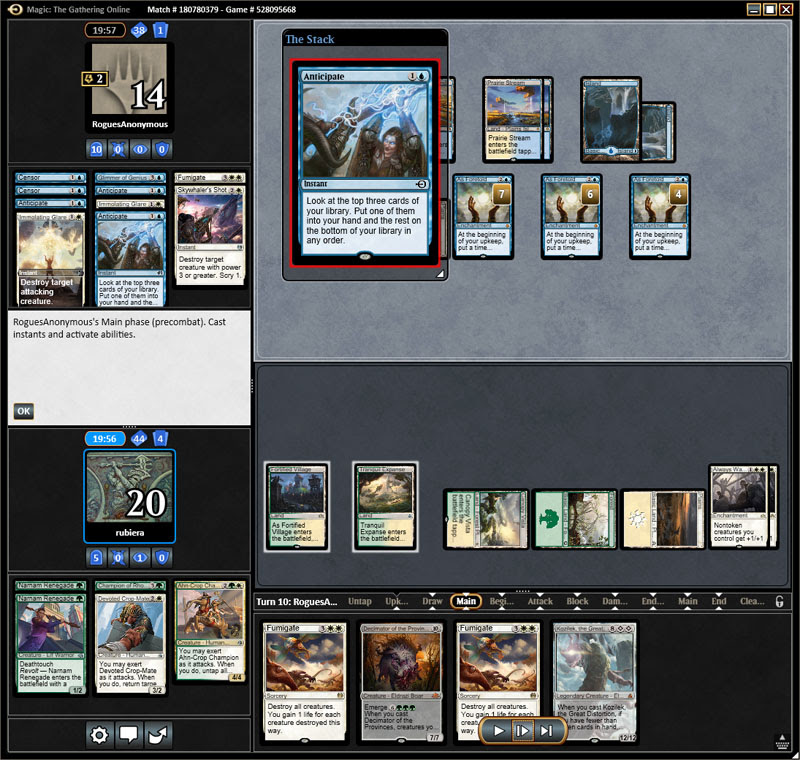 They even got to use Disallow. 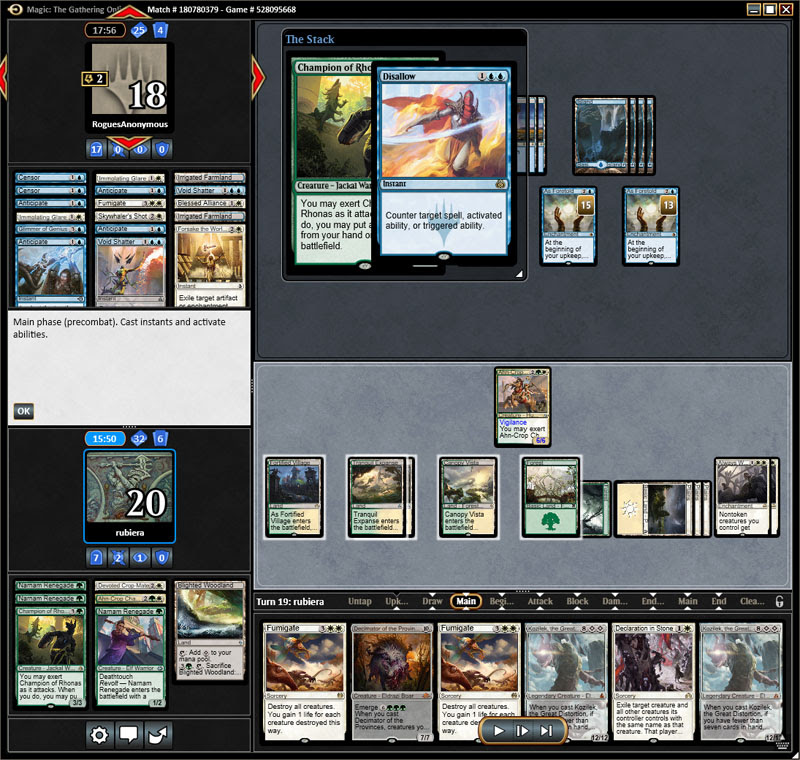 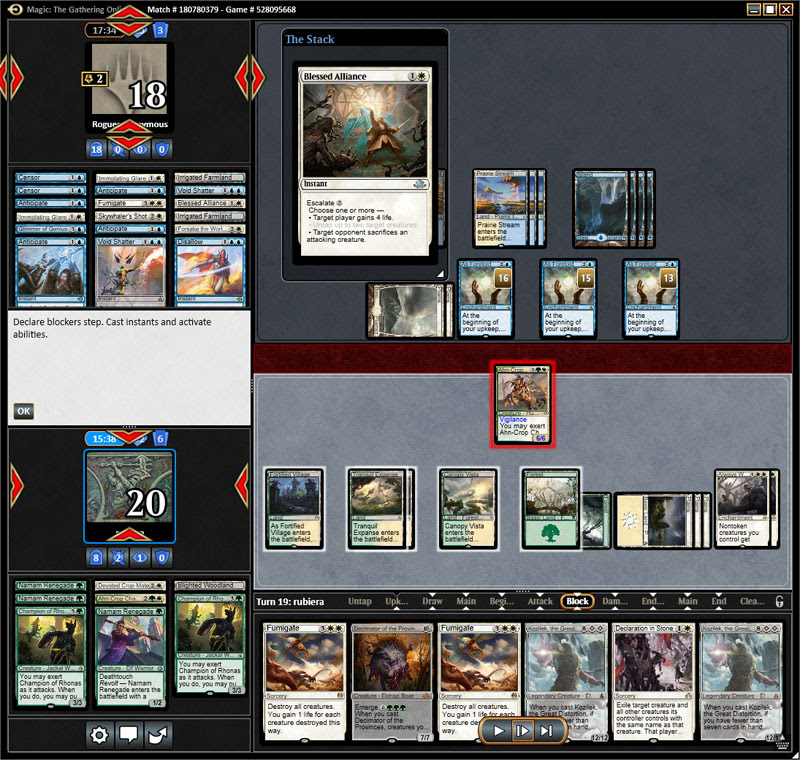 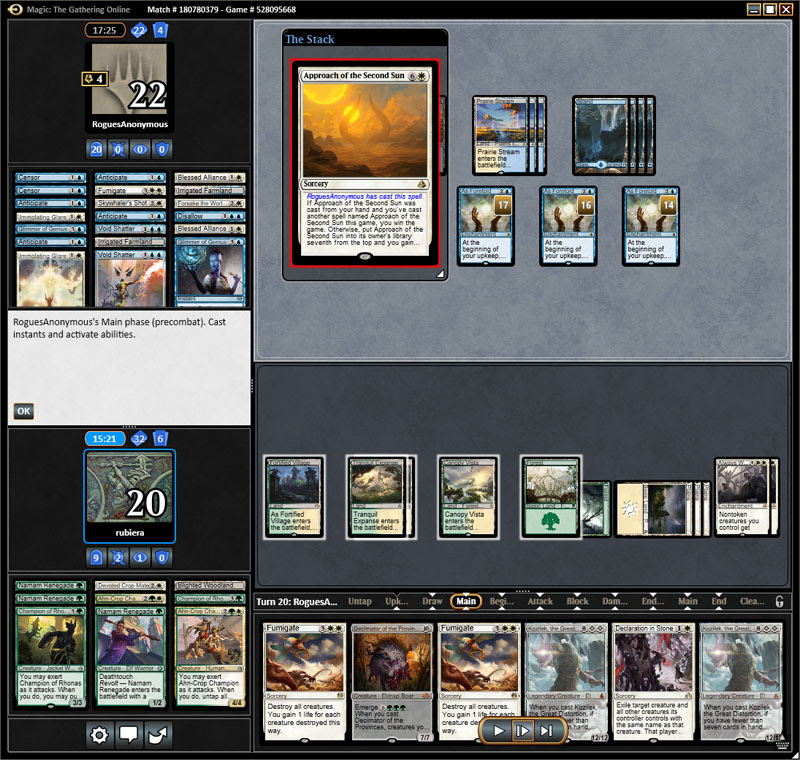 I finally get to hardcast my big critter. 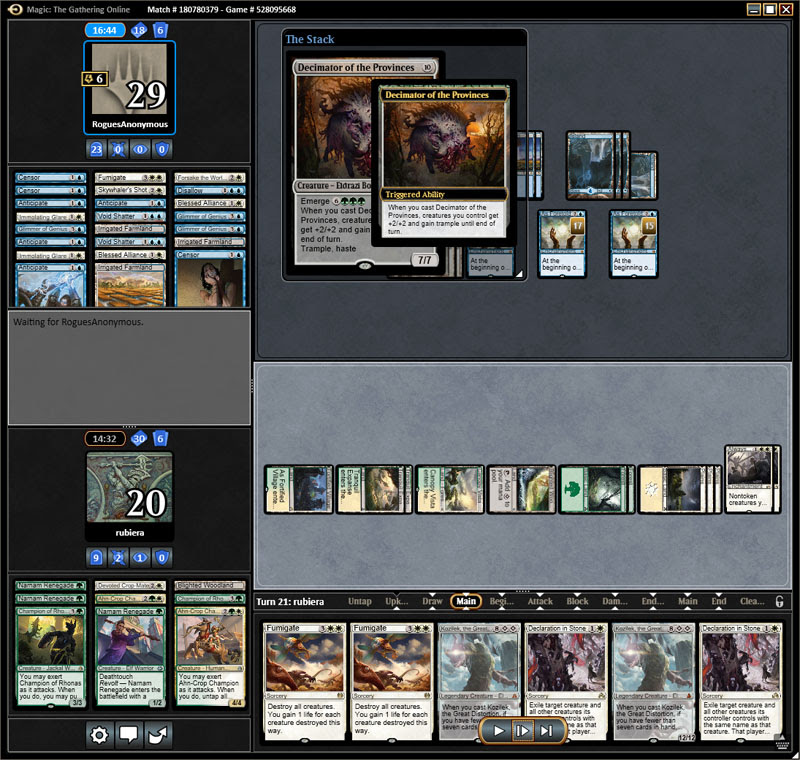 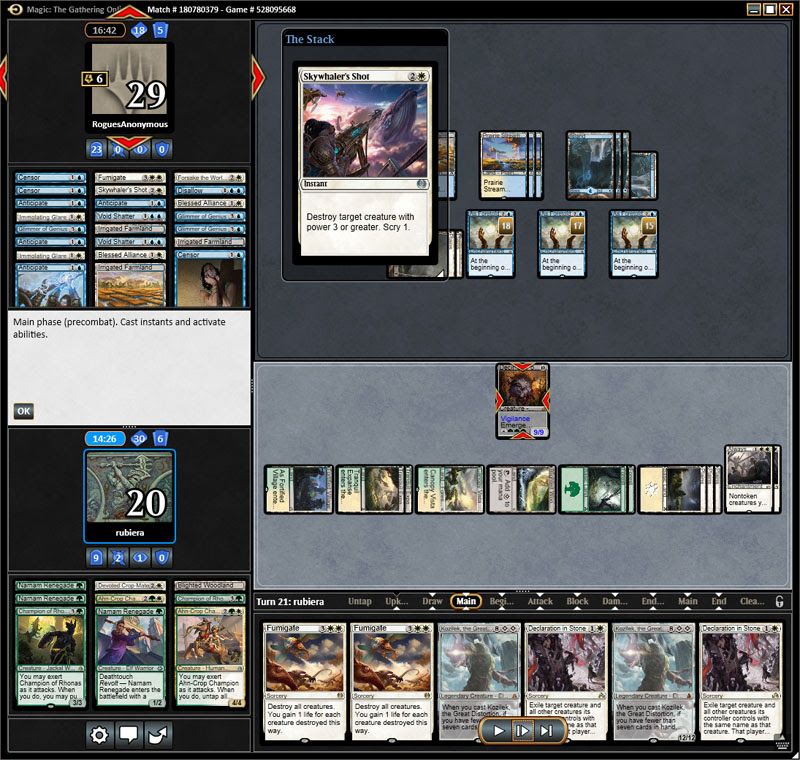 And the game ends. 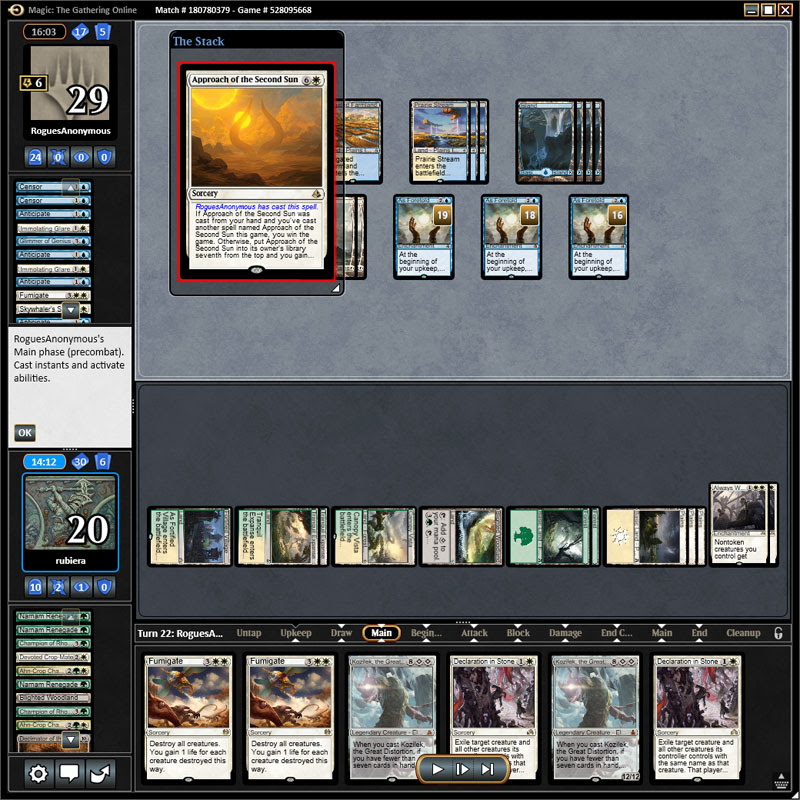