Say you hear that there is a new reprint set about to come out. It's called Ultimate Masters, and in it, there are many reprints of Modern staples. Awesome, right? Here are the top eight Modern decks based on data from MTGGoldfish (awesome website, check it out: 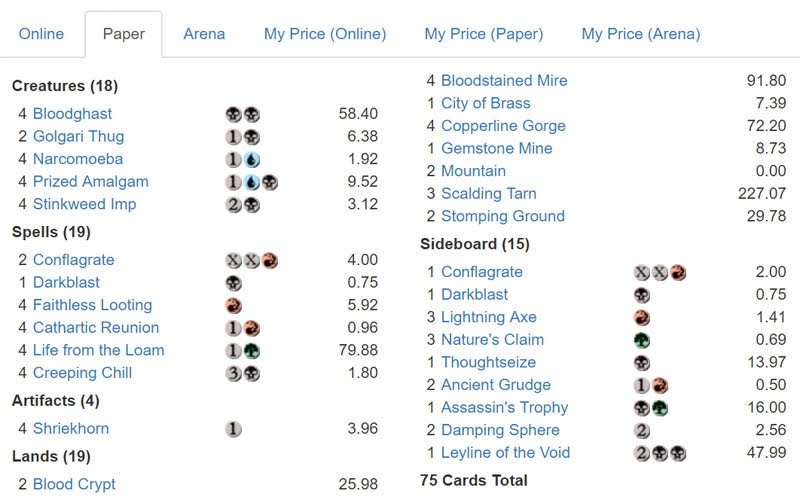 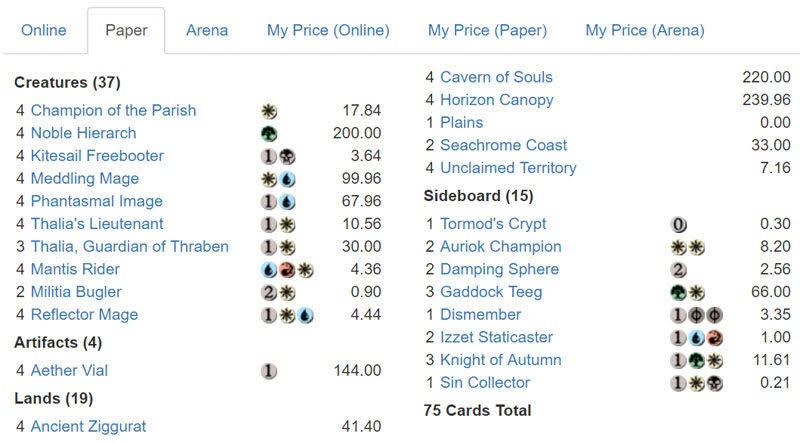 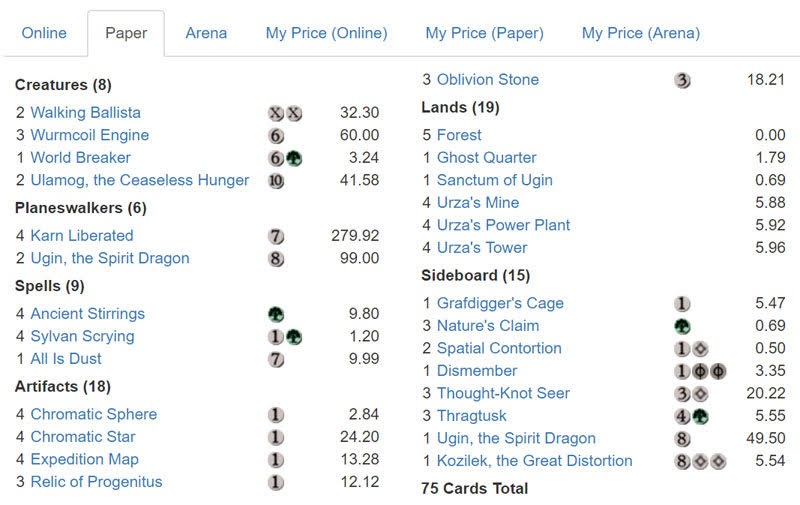 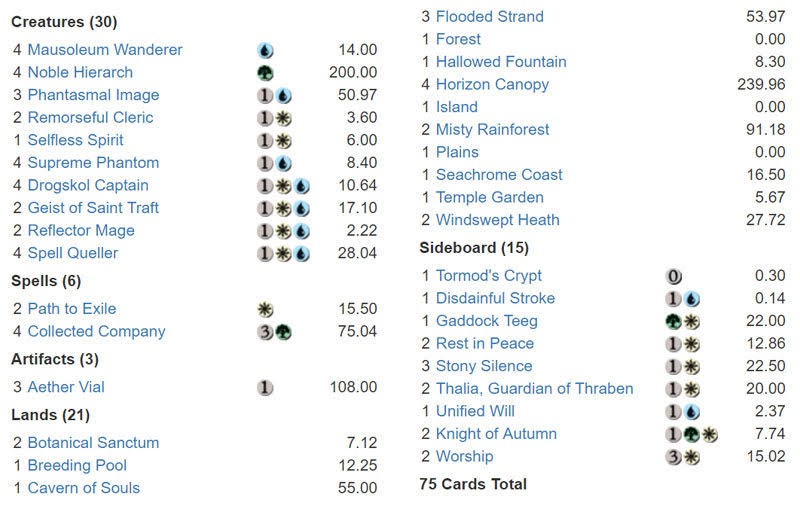 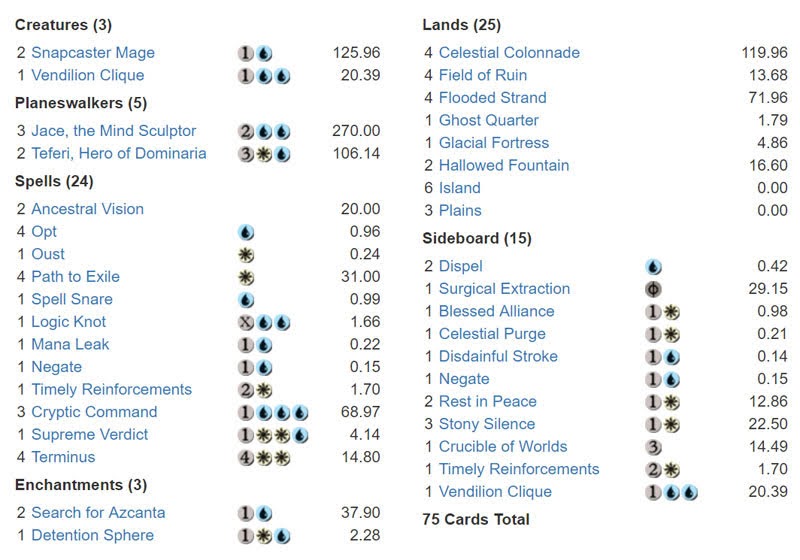 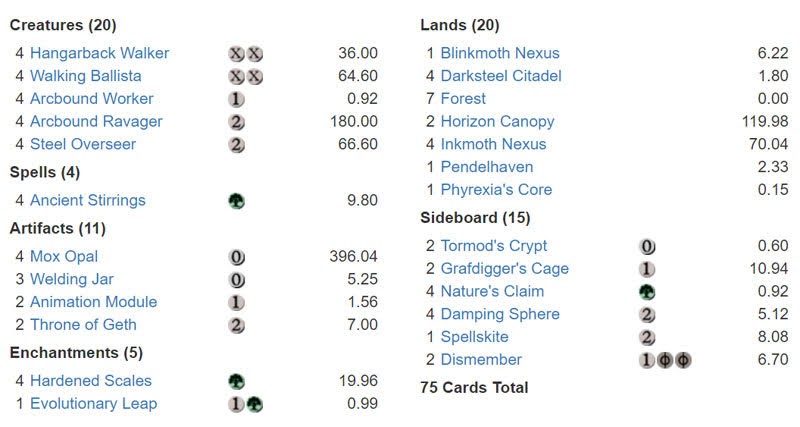 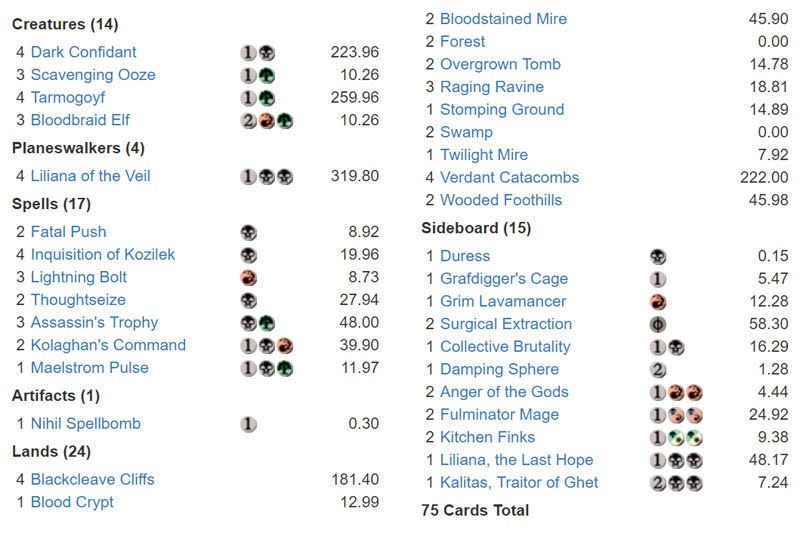 Cat and mouse? Yes. You see, some of the most expensive cards in these very expensive decks are in Ultimate Masters, which means that their prices will drop in the next few months, but some of them are not in UMA. Some cards will become less expensive, and others will become more expensive. Welcome to the Modern installment plan. If you want to build these decks for less than these ridiculous prices, you will need to play the Modern cat and mouse game. Say you started to play this game today. For the most expensive cards, you get the ones in Ultimate Masters, and then you wait until the other expensive cards get reprinted in the future. But when? Well, whenever that happens. This means that, unless you are willing to pay full price now, it will take you several years (not months) to complete one of these decks for, say, 30 percent less than their price today.

Hey, but you can play Burn: true. It's a linear strategy, yet can be had for only a little over $400.

But there's so much value in UMA... I mean, it's the best set ever. Sure, but if you want to reduce the cost of one of these decks, many of the most valuable cards in them are not in UMA.

In Humans, Hardened Scales, and Tron: No fetches! Nice! That's almost half the decks.

There are other cards that are not in UMA and in these decks. Just with the lands, I can describe the cat and mouse game of buying into one of these competitive decks.