It may not be the end of MTGO, but it sure looks like the beginning of the end. This saddens me because MTGO is how I have gotten to play almost 100 percent of all of the Magic I have ever played. I sold out to Cardhoarder a year ago. Here is what they tweeted earlier today. 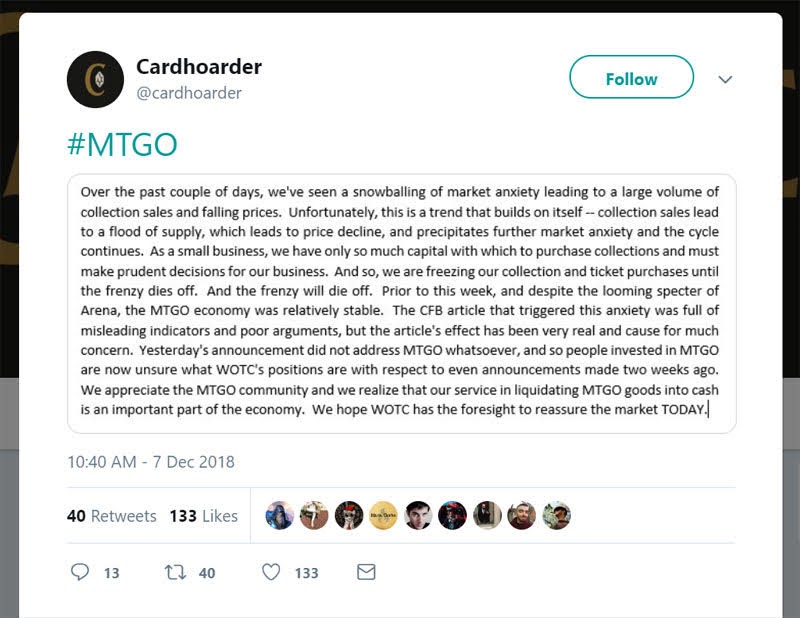 I was thinking of playing Vintage solitaire at some point... I am pretty sure that I will not (unless Wizards makes an announcement that makes me believe MTGO is not a dying platform).

I decided to sell out of MTGO out of a gut instinct when I first tried out Arena. I realized that the draft grinders would migrate from MTGO to Arena, and then the bottom would fall out of the MTGO economy. I think this panic selling is not the one event that will crush MTGO, but it sure looks like an event of that type.

Let's hope that MTGO does not collapse, because I will then lose the platform in which I do all of my testing... Let's hope MTGO will see brighter days. 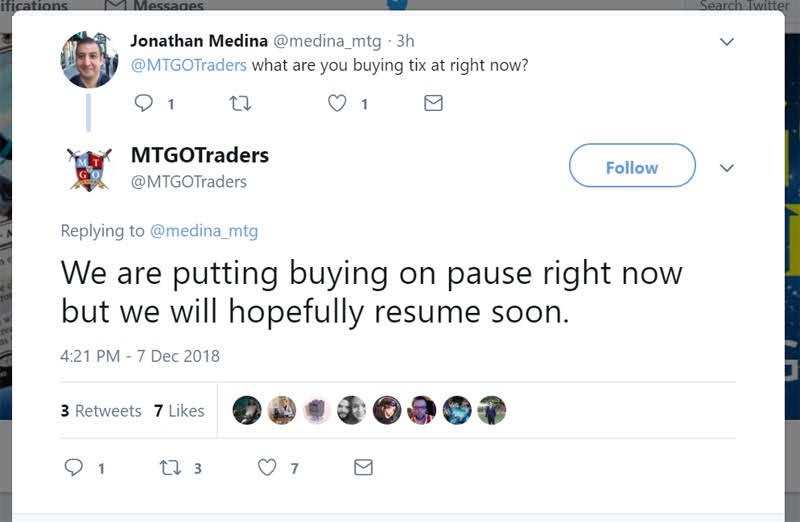 December 11, 2018 update: I did buy the power 9 at the bottom of this panic, and it is now clearly over. If I can get one more year of play out of MTGO, I am happy with my $50 rental cost for the power 9 pixels.

Back to normal, which is great. MTGO is the only place for me to play/play-test Magic until I get a new laptop and play some Arena, and that could be a year from now. 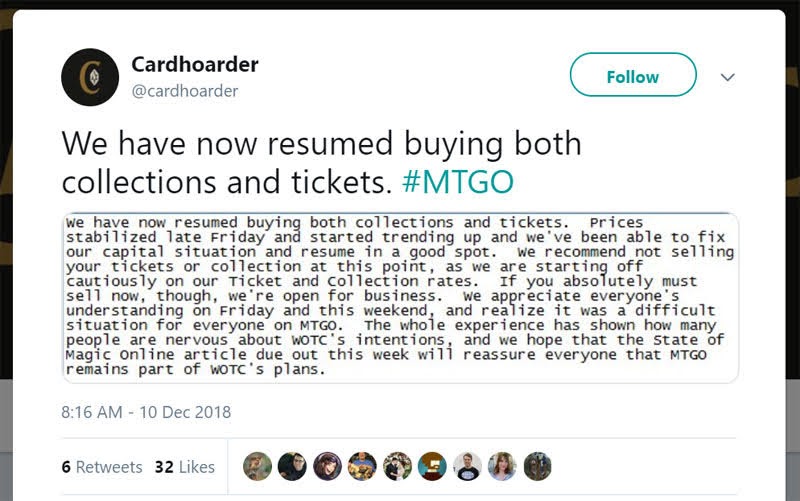