This deck went through multiple variations. Just like Boros, it is based on a YouTube build. The first video is here:

And this video is in the following playlist: 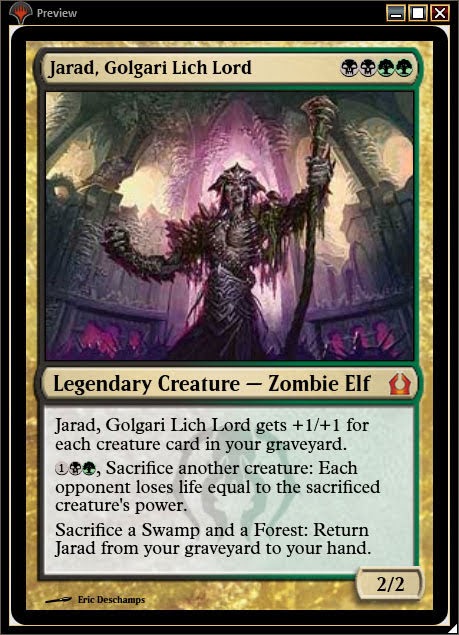 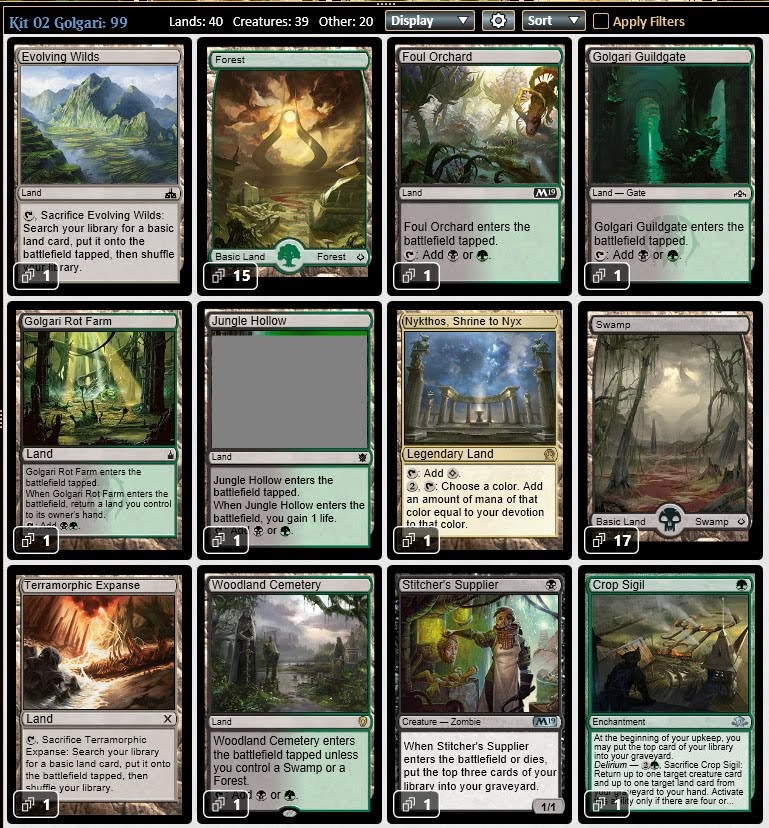 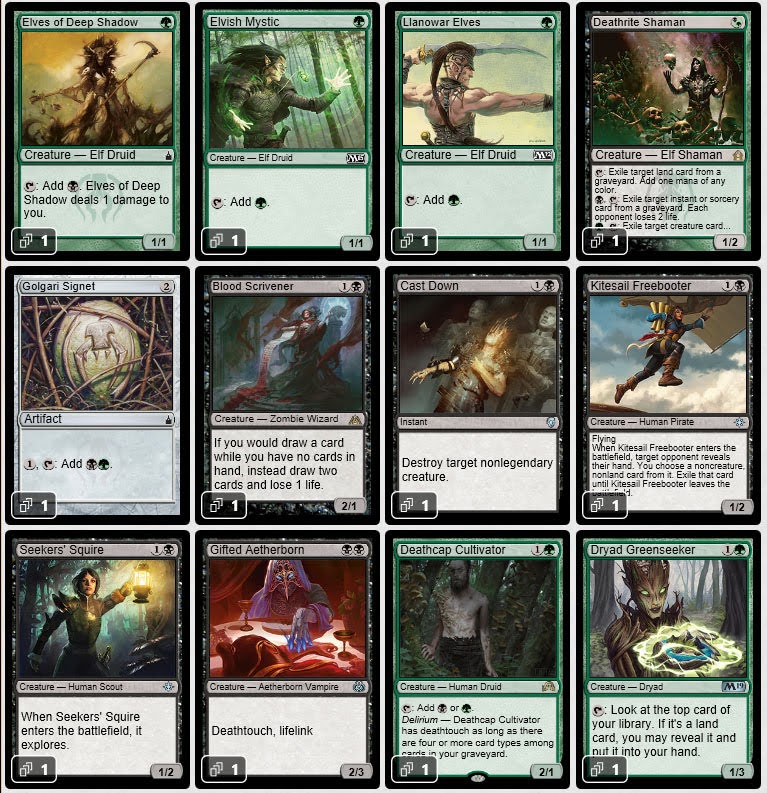 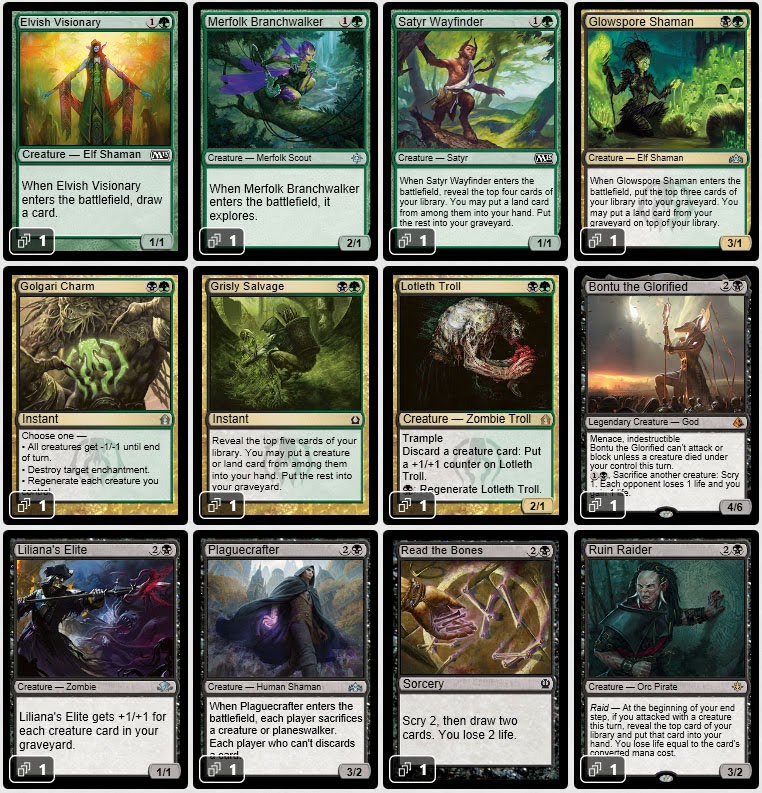 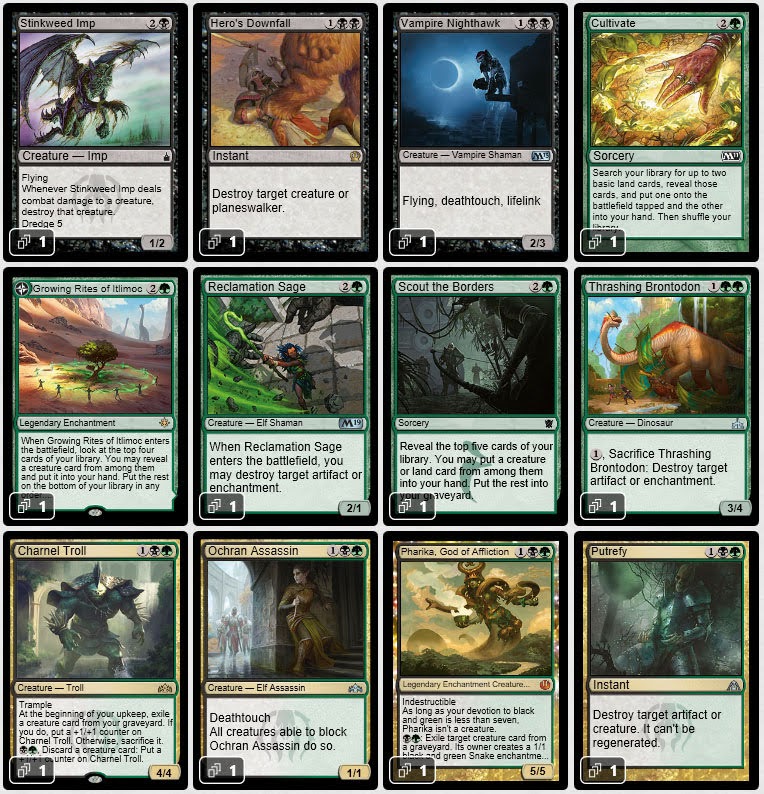 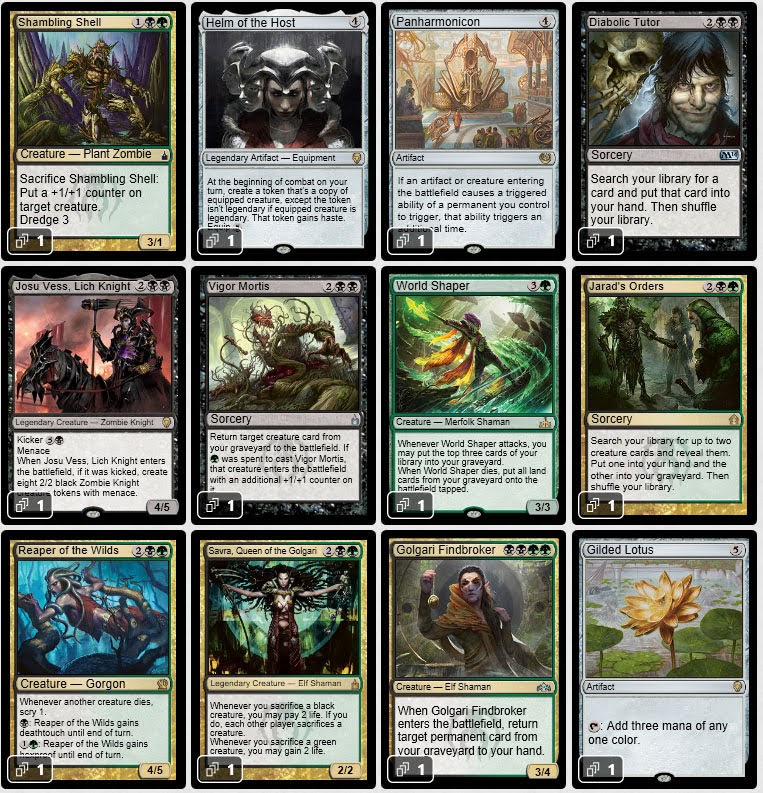 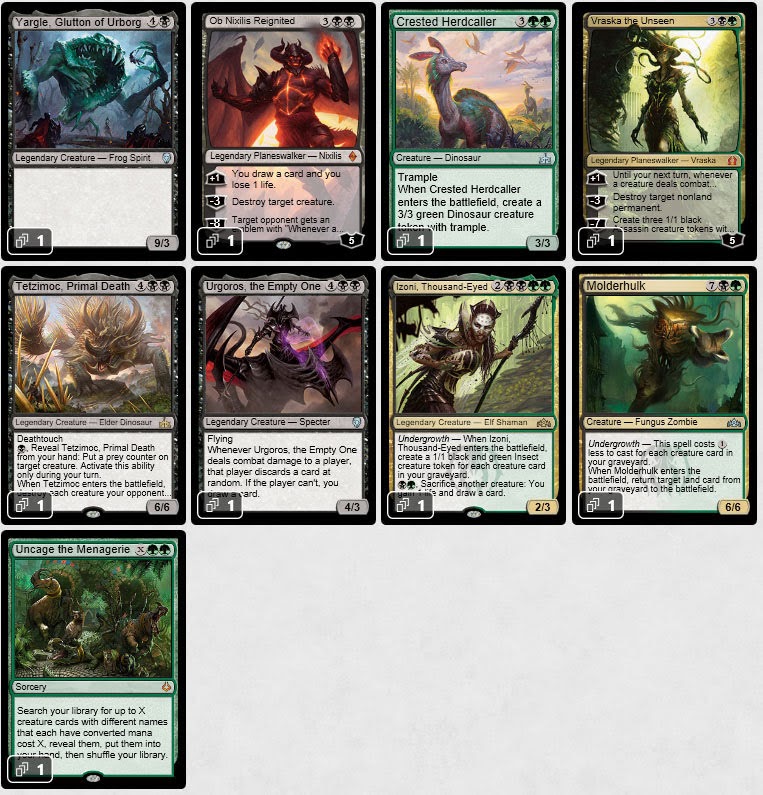 I get to tutor in this deck, which is great for casual as well as stronger decks. This deck has a Paharmonicon group of cards, which makes Panharmonicon a great target to tutor. 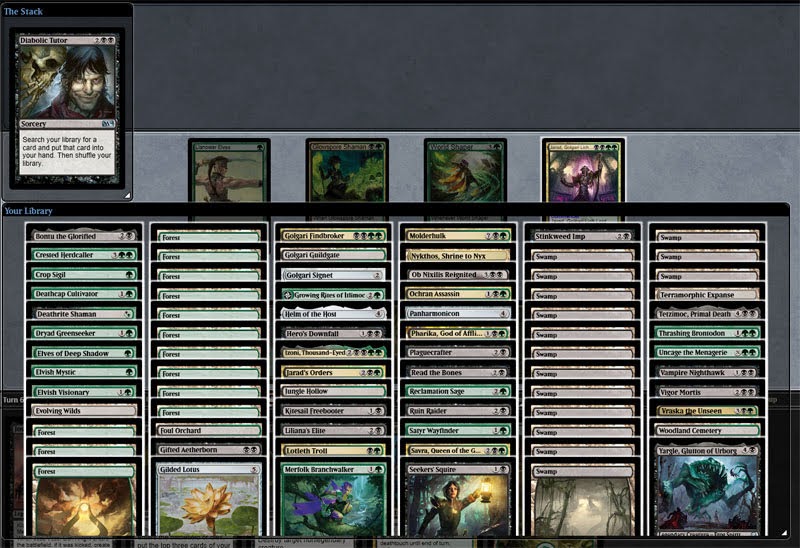 Jarad, as a four-drop, can land on the board early. 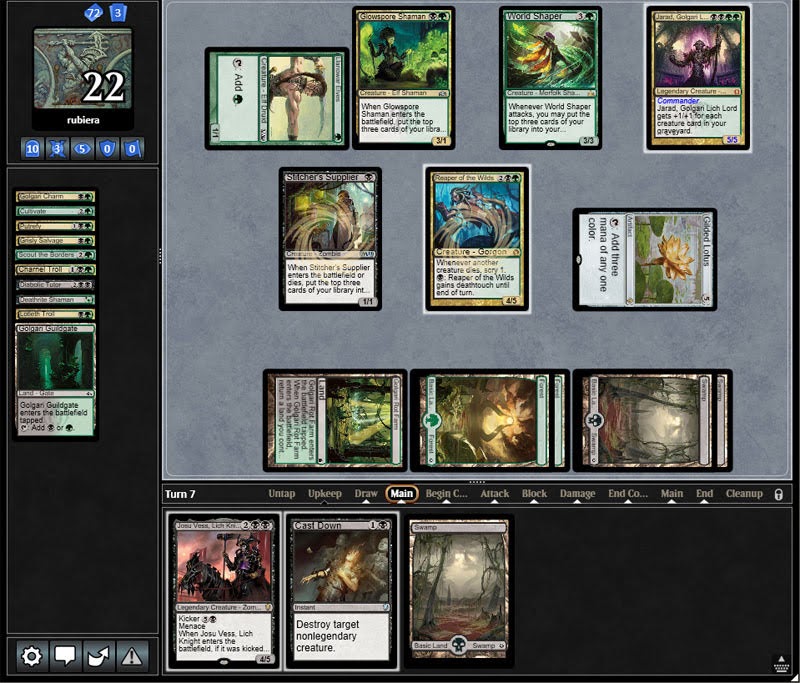 Here, I get to use Kicker on Jose Vess for a bunch of Zombie tokens. 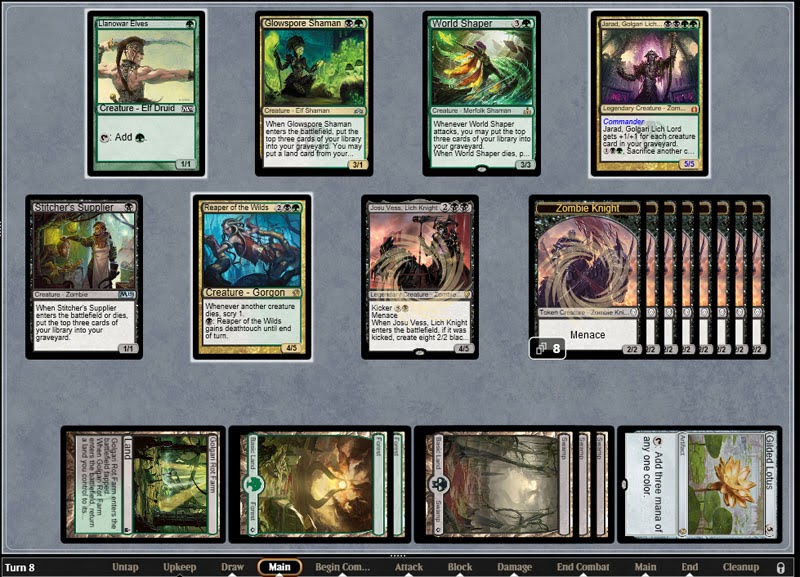 Here is a very early Jarad thanks to a Signet. 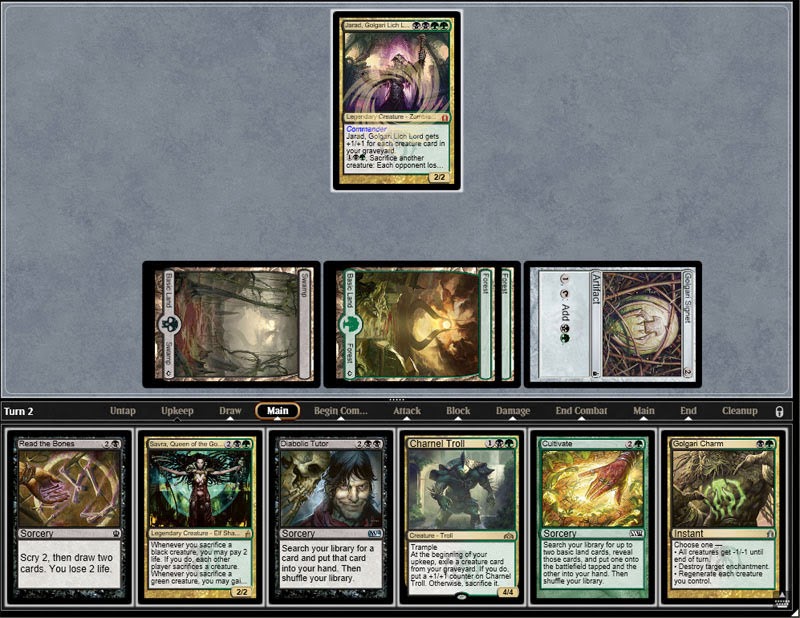 The deck is good at feeding the graveyard, as it should be! And this gets Jarad to be bigger as you drop more creatures in your graveyard. 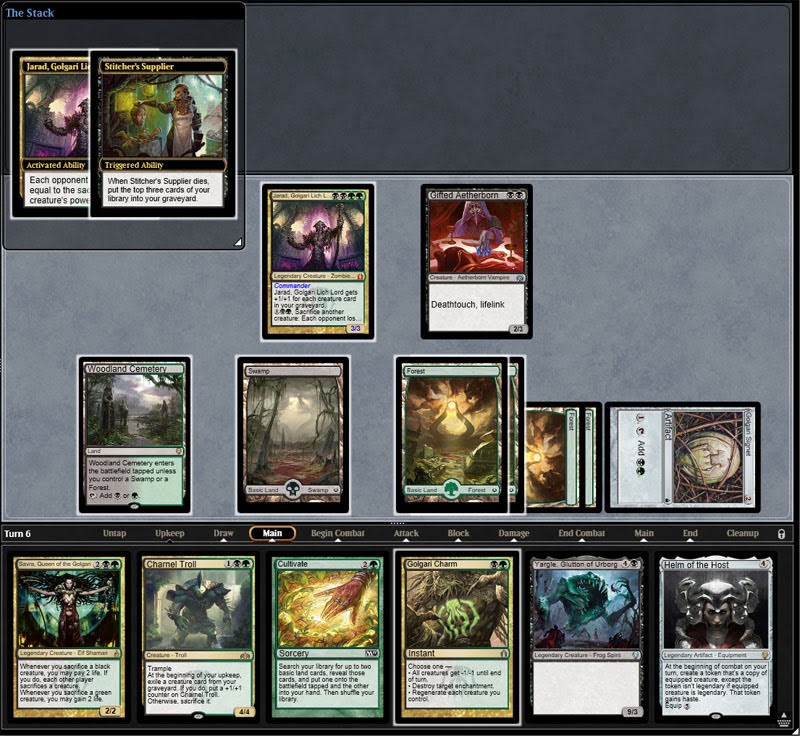 Charnel Troll is tricky. I tried it, and it goes against what Jarad needs to do. 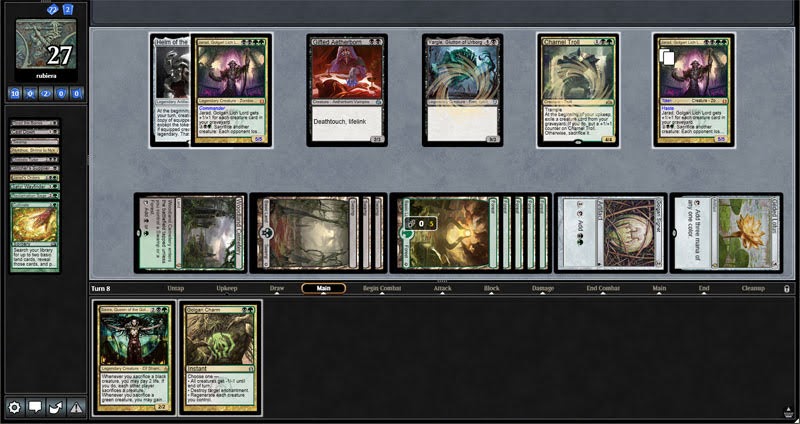 I took it out for the next iteration of this deck. 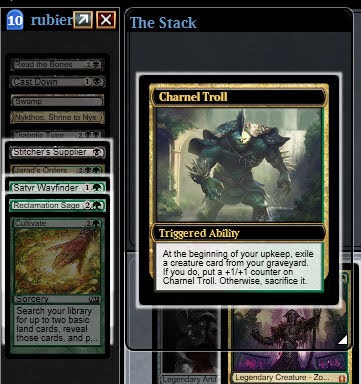 Explore is surprisingly effective and especially so with Panharmonicon on the board. 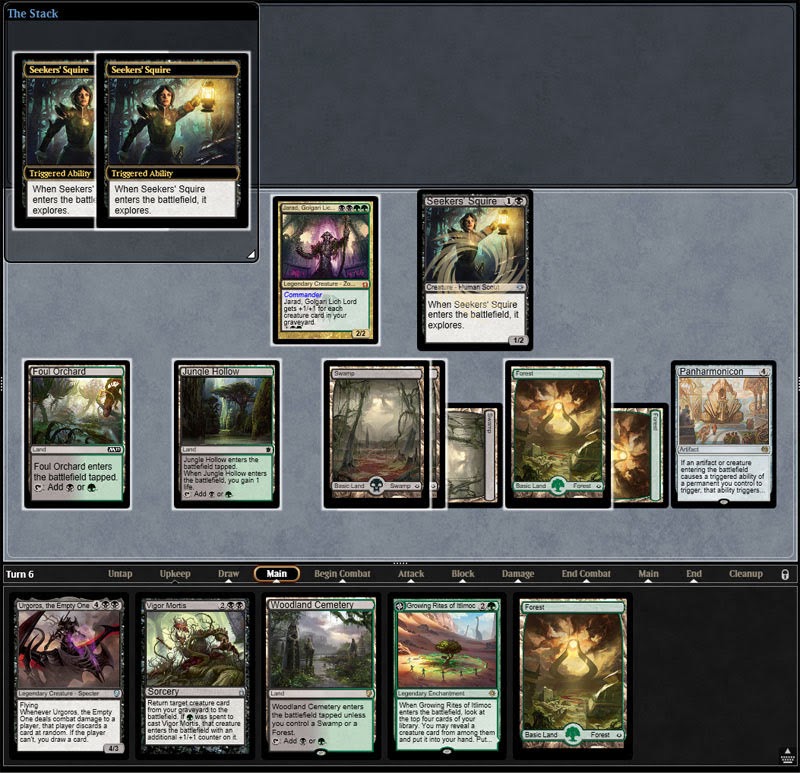 Here is a late game simulation after double Explore. 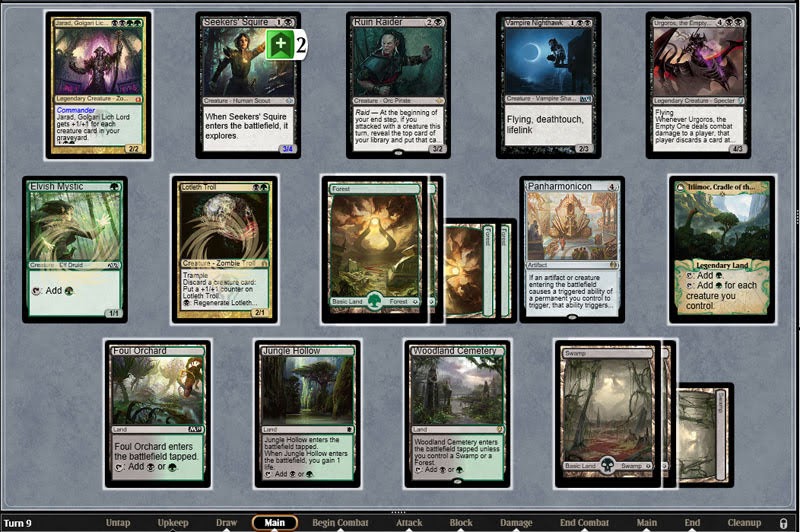 Here is a strong midgame. After this, I made some changes (covered in the part 2 post for this deck).