Fate Reforged Review: Black and Red commons and uncommons I like 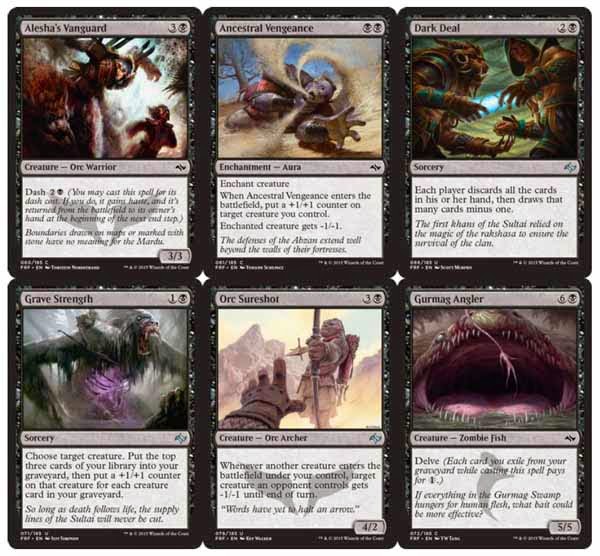 Alesha's Vanguard: Dash deserves a try in a red-black deck.
Ancestral Vengeance: Could be good with Hardened Scales.
Dark Deal: Good if you make your opponent discard a lot before you play this and you are playing lots of Delve.
Grave Strength: With the right graveyard this thing could boost a critter big time.
Orc Sureshot: A little too late as a four drop, but not if you are also running green. Those -1/-1 counters could add up in Standard.
Gurmag Angler: Delve. 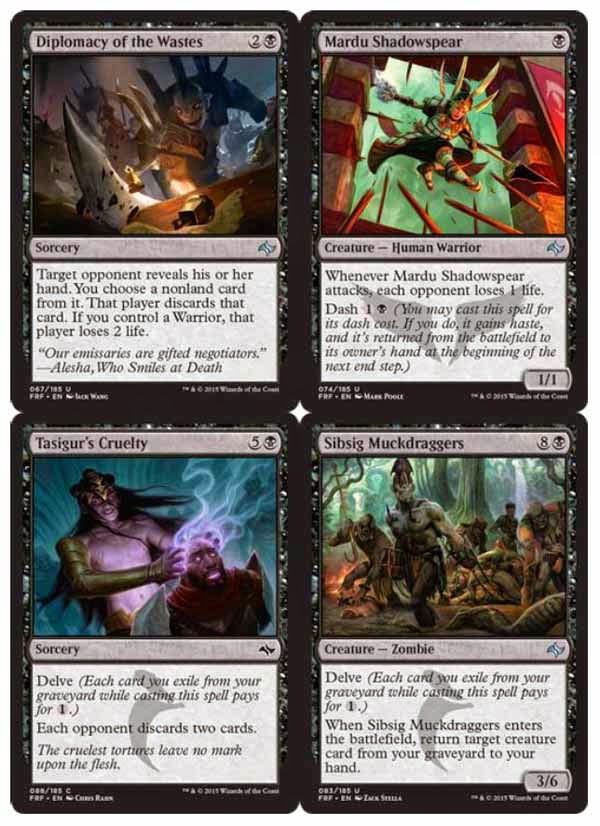 Diplomacy of the Wastes: Time to dig out Warriors.
Mardu Shadowspear: Nice in a Dash deck. Good with cards that give you something when an opponent loses life.
Tasigur's Cruelty: Delve discarder.
Sibsig Muckdraggers: Delve and graveyard trick. 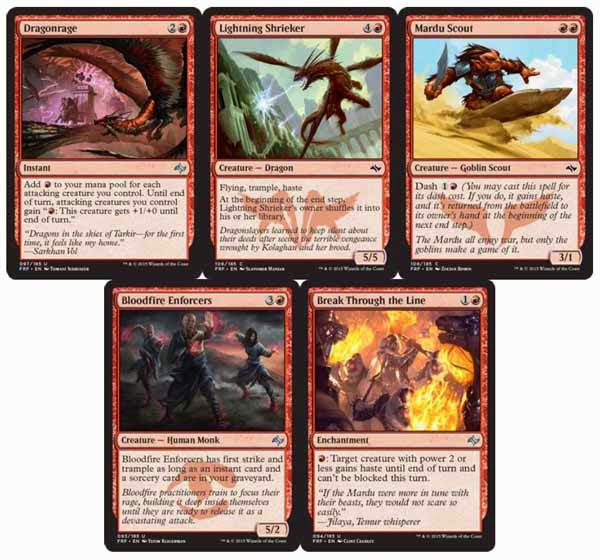 Dragonrage: Mana feed for all kinds of tricks.
Lightning Shrieker: Clean common dragon, me likes for casual play.
Mardu Scout: In a Dash deck.
Bloodfire Enforcers: Late Delve trick card, maybe a Jund build.
Break Through the Line: its an Enchantment and with enough mana you can do it for many wheenies.
Posted by Rubiera