I would like to learn about these cards. Comments only for cards I have not played and/or are these days in obscurity. I am also skipping artifact creatures given how much better creatures have gotten in the Modern format era. Number in parenthesis is the community rating from Gatherer. 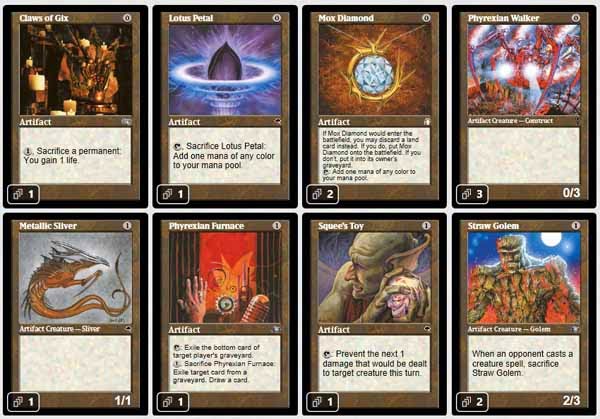 Claws of Gix (3.930) Use it before a sweeper is played against you. Supposed to be good in a Thallid deck. Can combo with Act of Treason, and Hatching Plans.
Phyrexian Furnace (3.136) Graveyard and Threshold hate.
Squee's Toy (3.460) Use to save your soldiers from early damage. 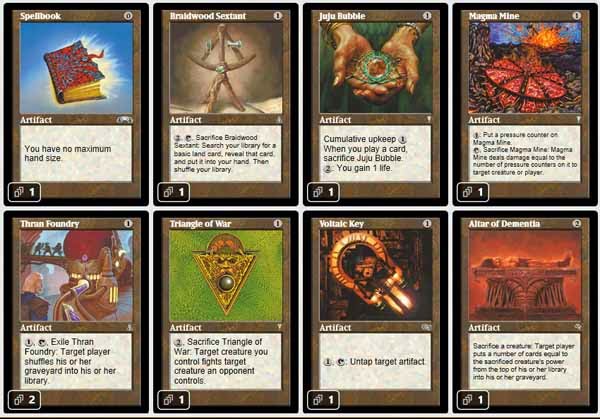 Braidwood Sextant (2.667) Superseded by cards like Expedition Map.
Juju Bubble (0.914) Ouch! It would be a creative experiment to make this card worth playing.
Magma Mine (3.058) Proliferate in an artifact deck with a bunch of mana rocks. It is worth a try.
Thran Foundry (3.707) A cheaper Elixir of Immortality. It is worth a try.
Triangle of War (3.111)
It is worth a try just to understand how it works. Good to get rid of creatures with Shroud. What about unblockable creatures? Also, add Deathtouch to the mix on your side?


Altar of Dementia (4.440) Mill win condition based on you having big critters on the board. 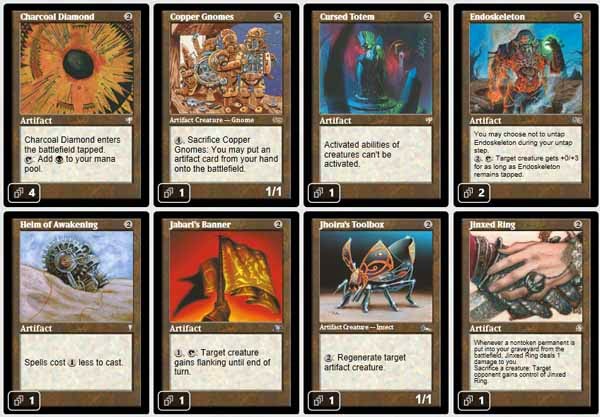 Cursed Totem (4.307) Run on a green deck full of vanilla creatures.
Endoskeleton (2.595) Make one of your walls an even stronger wall?
Jinxed Ring (3.000) Old school trick not worth trying for my first round. 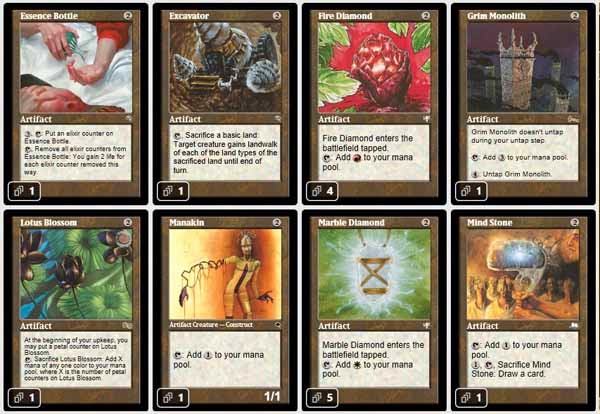 Essence Bottle (1.320) Old school life gain not worth trying for my first round.
Excavator (1.769) Effect is not worth the loss of a land most of the time.
Lotus Blossom (3.982) Casual mana rock worth trying, especially in a deck that can last many turns and drops some giant critter.
Posted by Rubiera