2. Soulflayer Deck by Bibleman: This is a deck I played against (Blibleman is the player, great byuild!) and it is way more effective than the build I tried.

3. Fun with artifacts: This deck is not a beater, but it showcases some of the new artifacts and it can win sometimes. Definitely a casual deck.

5. Warriors: Utter End is an awesome card in this format and is the card that makes this deck a fairly consistent winner in Just for Fun.

6. Monastery Siege and Stubborn Denial Blue Green: This deck is a ton of fun, and even very good on account of how the two showcased cards work. Once you control a big critter, Stubborn Denial becomes a Counterspell for one blue.

8. [Modern] FRF Build: Sage's Reverie: I tried several Standard builds that just didn't work. The deck works in Modern but it is not a strong deck. It is playing three colors and it could use some of the Fetchlands I don't have.

Here are the 30 cards I want to try out first: 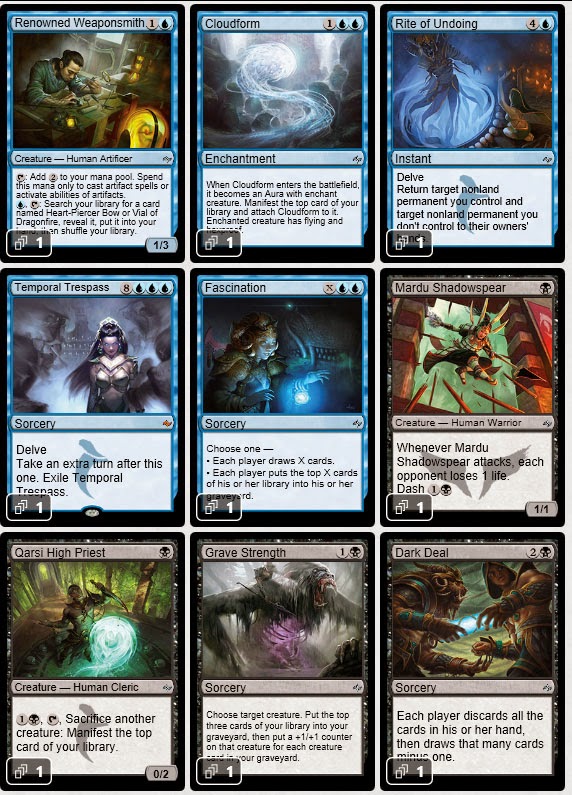 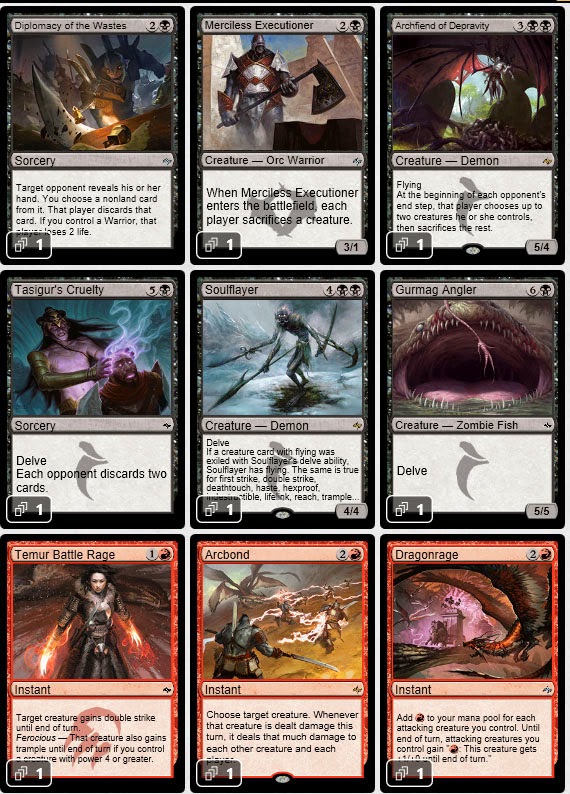 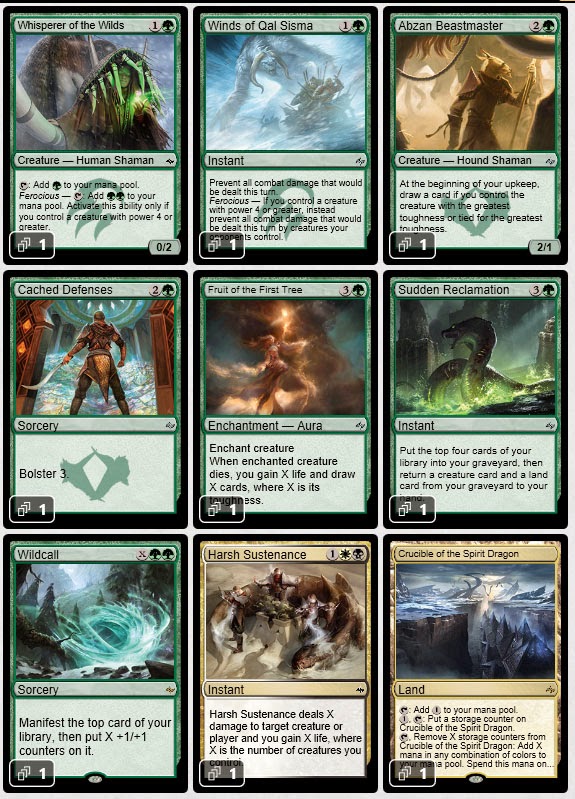