This is my second attempt to make Admiral Beckett Brass worth playing, and it just isn't. It has similar mana restrictions to Siege Rhino, but it fails to deliver. The Admiral gets removed easily and does not deliver anything by itself. 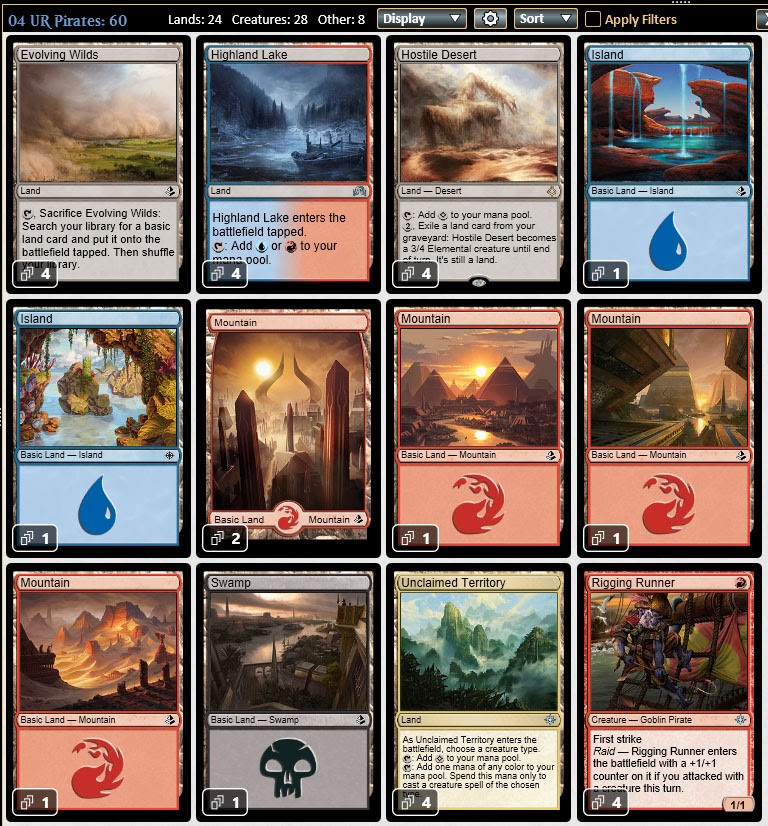 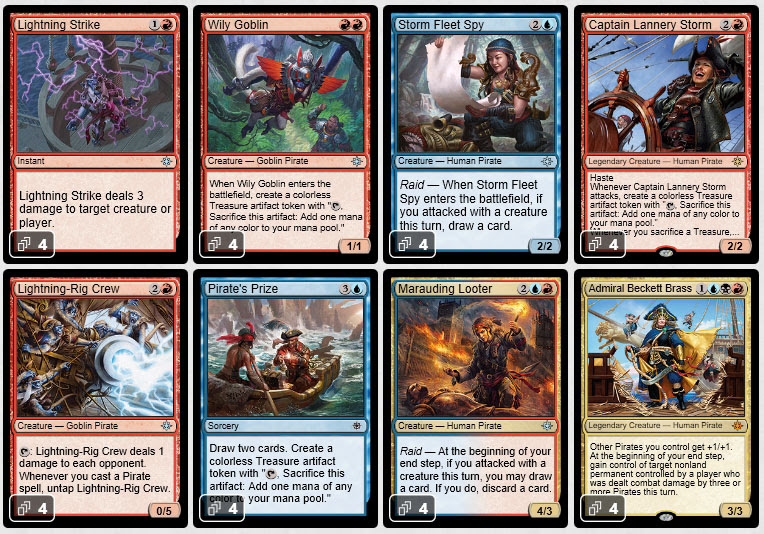 The poor Admiral yields nothing by herself, and gets removed easily. Boo Hoo Hoo. 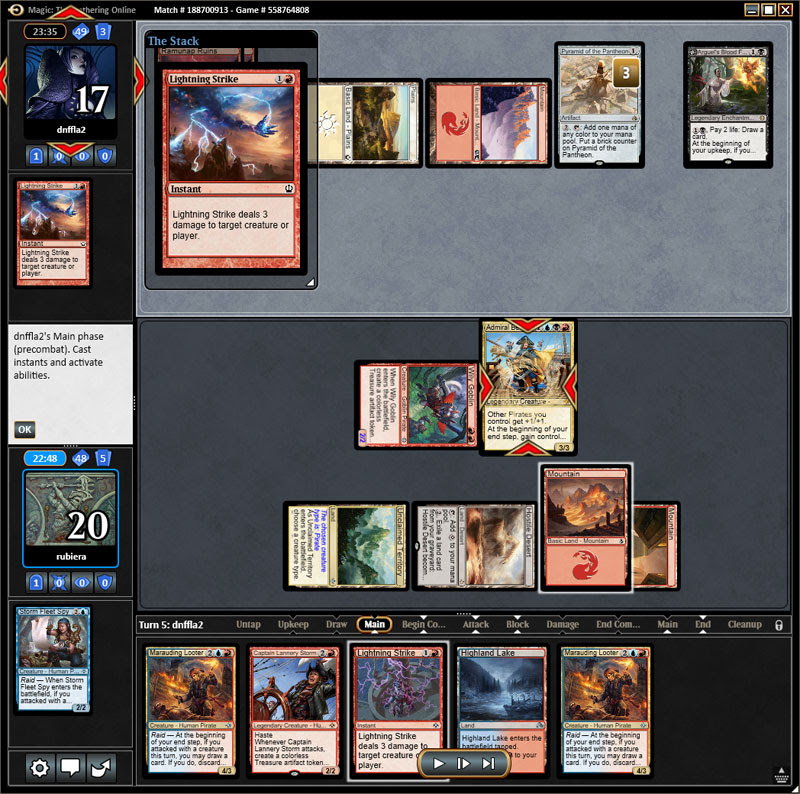 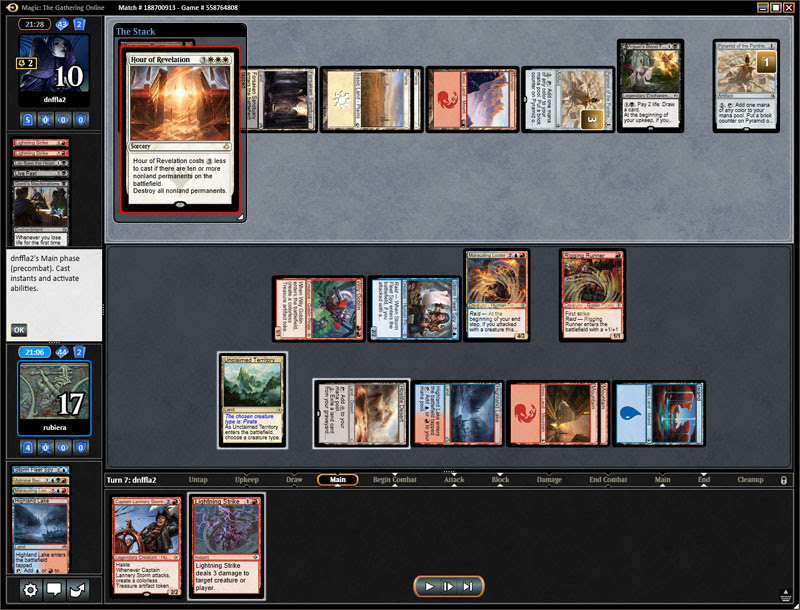 Yet my opponent gives up because thanks to Hostile Desert, I can swing in the late game right after a board wipe. 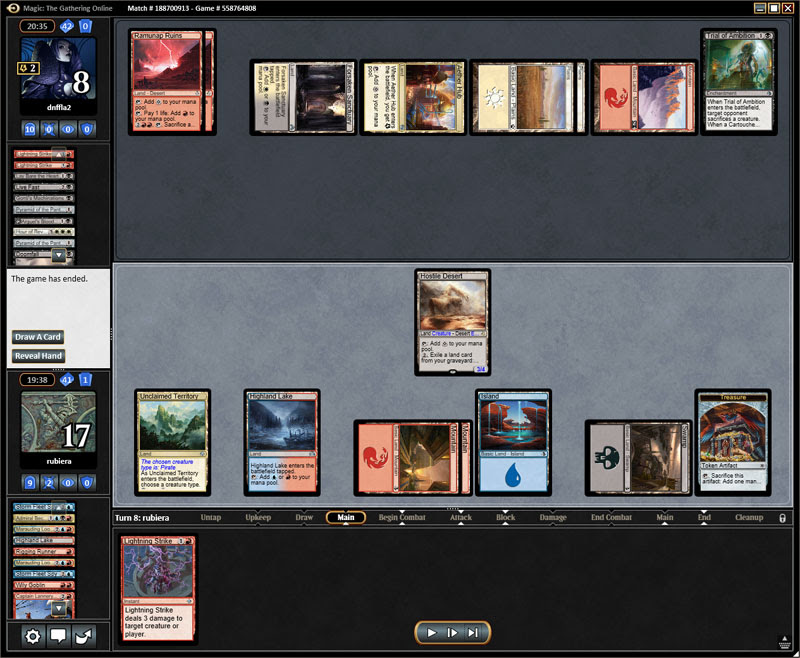 In this other game against yet another control deck, all my Pirates get removed. 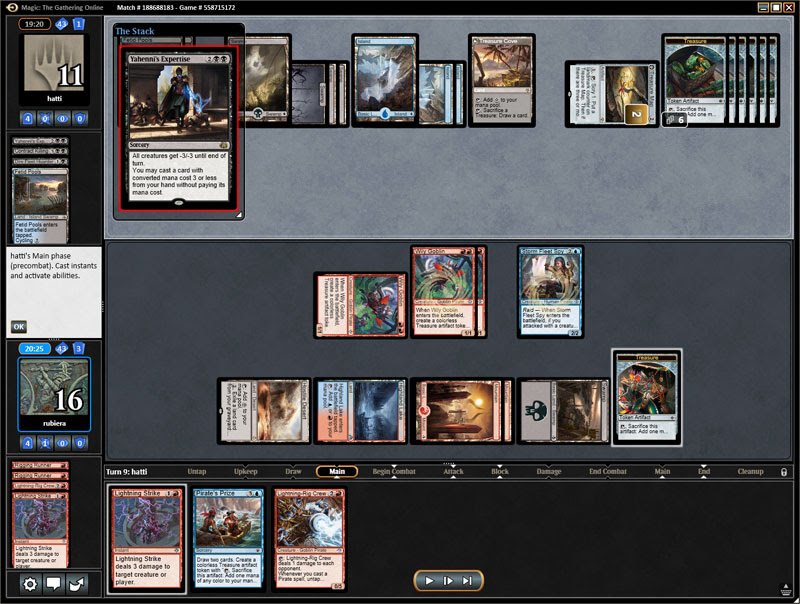 At this point, my opponent gave up. My deck had plenty of gas to keep going. 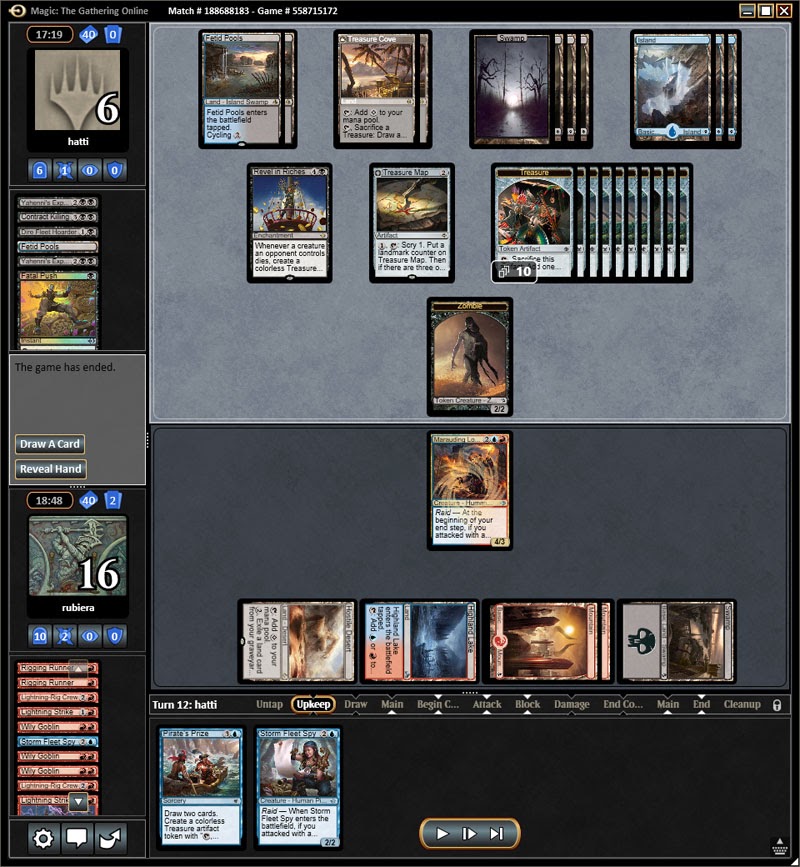 I also lost against several other control decks. Each one was able to wipe me at just the right time for them, and the wrong time for me. Dynavolt Tower is great in this deck, and with ways to build up energy, the removal was very effective against me. 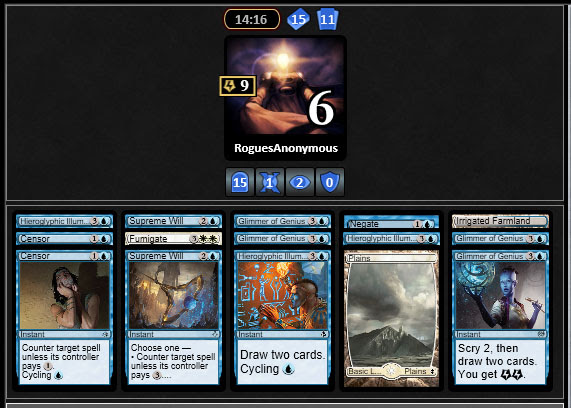 This deck will be much better without the Admiral, unless I learn more about Ixalan and come up with a smarter way to play it.
Posted by Rubiera