This one is definitely viable with a few minor changes from other sets currently in Standard. I started with almost no Blue, and as I have continued to evolve the deck, I have added more. 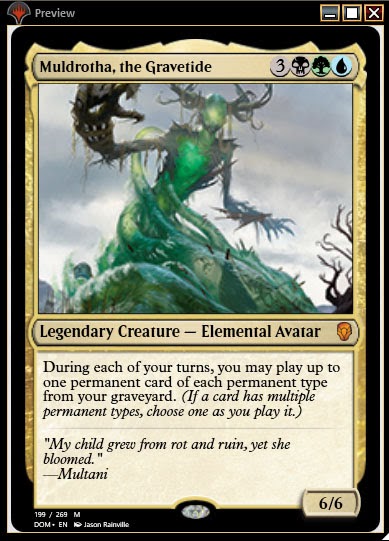 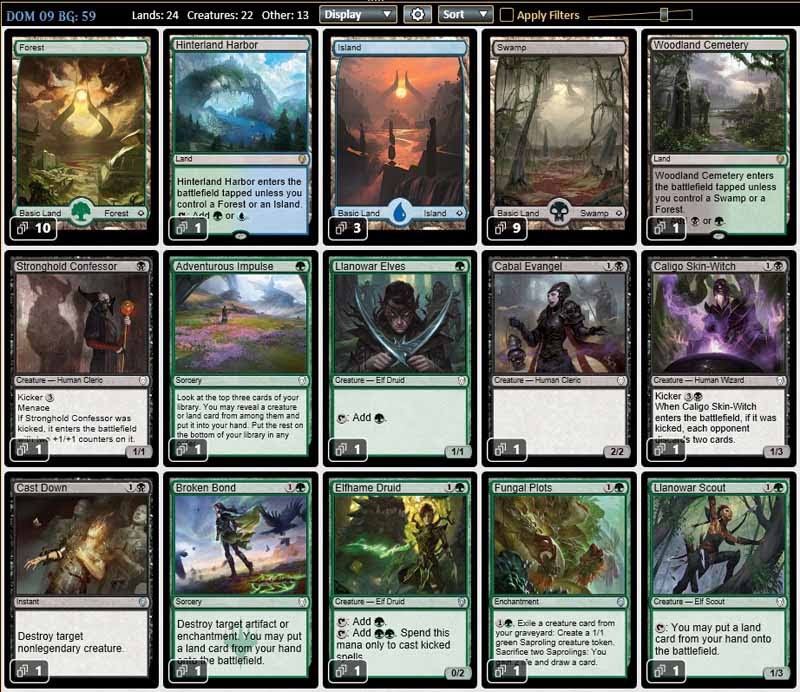 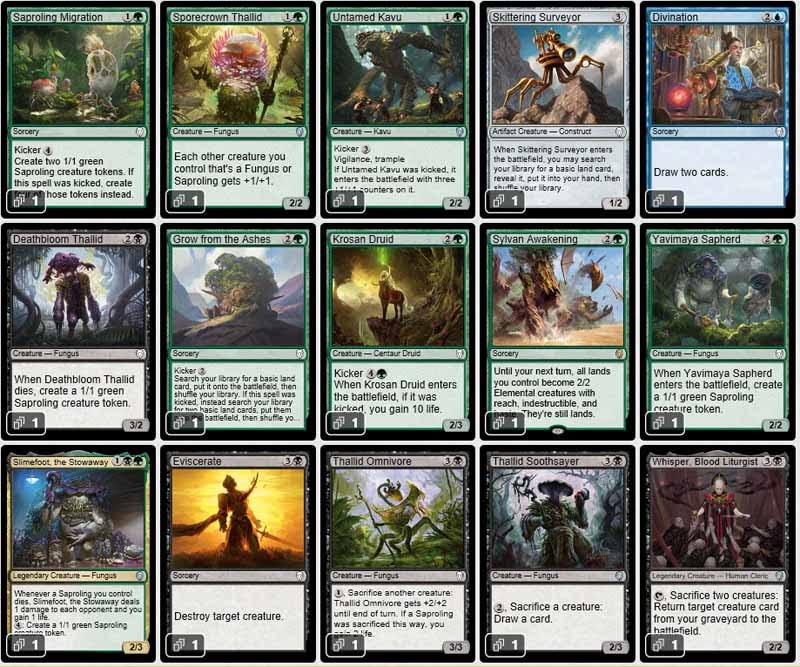 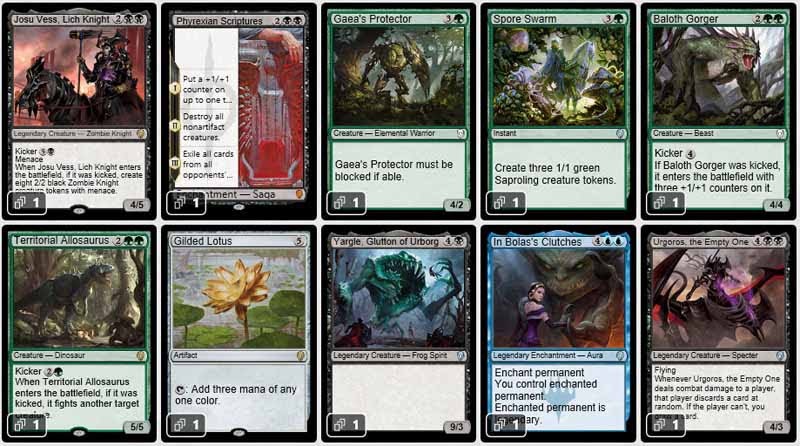 This was a fair loss. Muldrotha is a great Brawl commander. Even in a weak, Dominaria-only deck, it can pack a punch. Casting from the graveyard is very powerful. 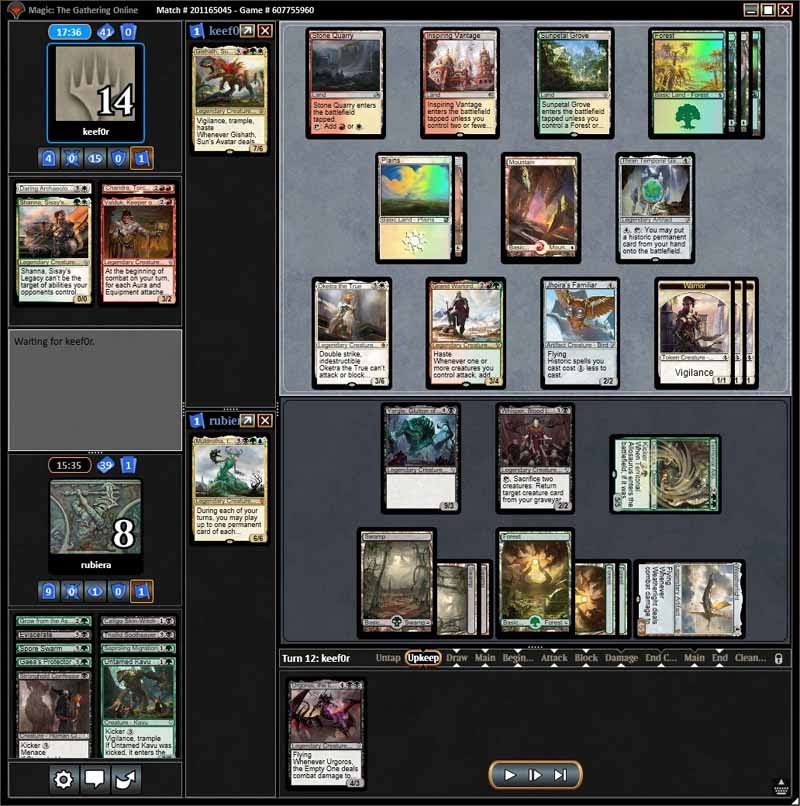 I lost against a really interesting Rat Colony deck. Secret Salvage is the secret sauce for this deck. 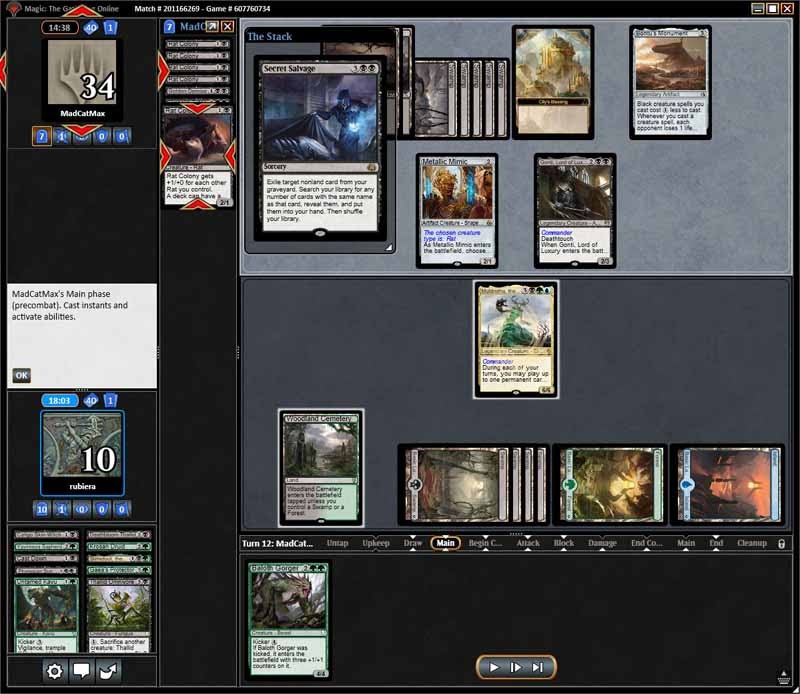 Here is the win. 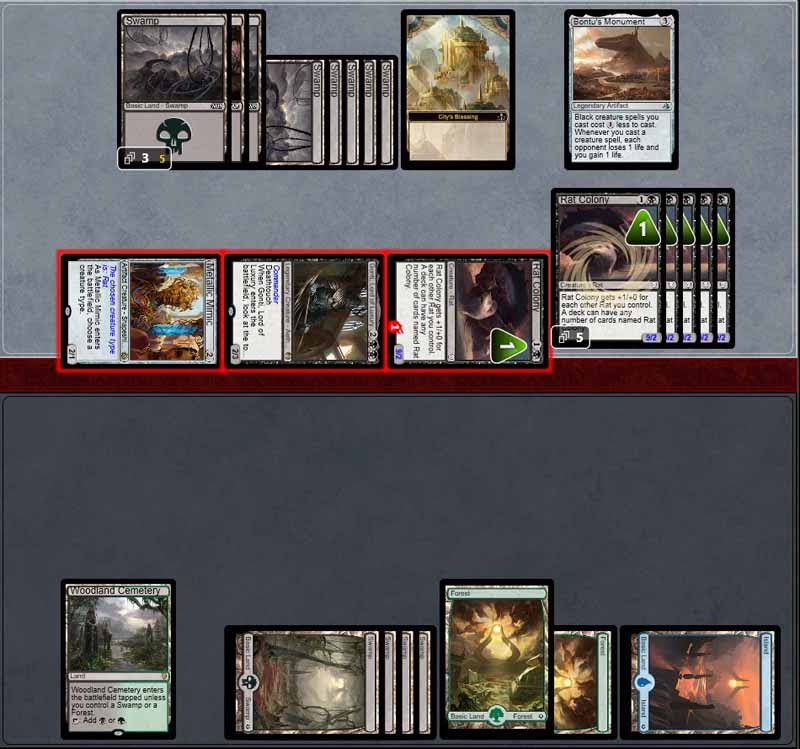 The toolbox for this deck includes stealing creatures, using the Amonkhet Gods, and using Noxious Gearhulk. 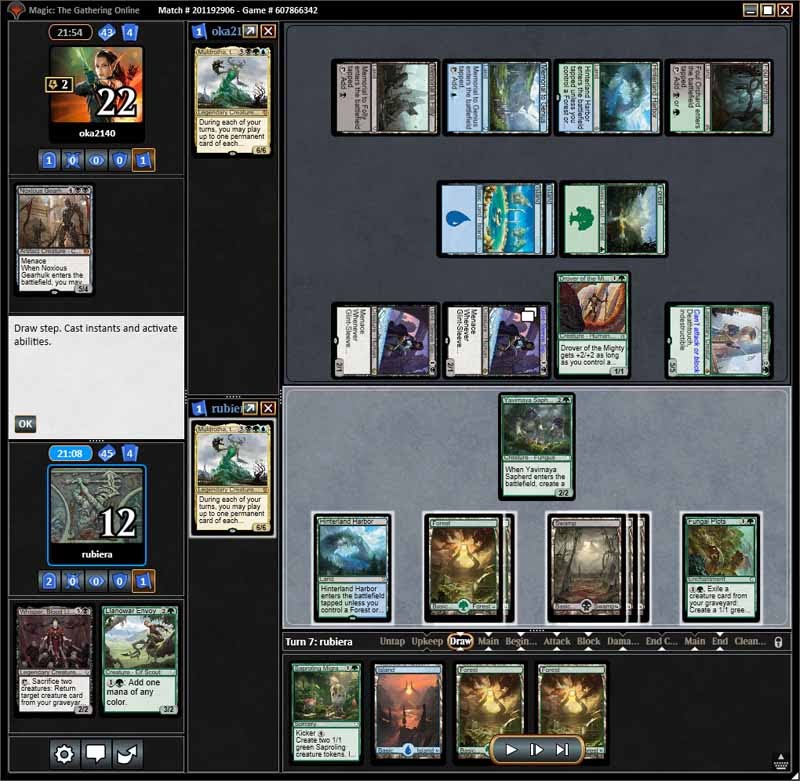 And, of course, Search for Azcanta, which must be in 50 percent of the Brawl decks I have played against. 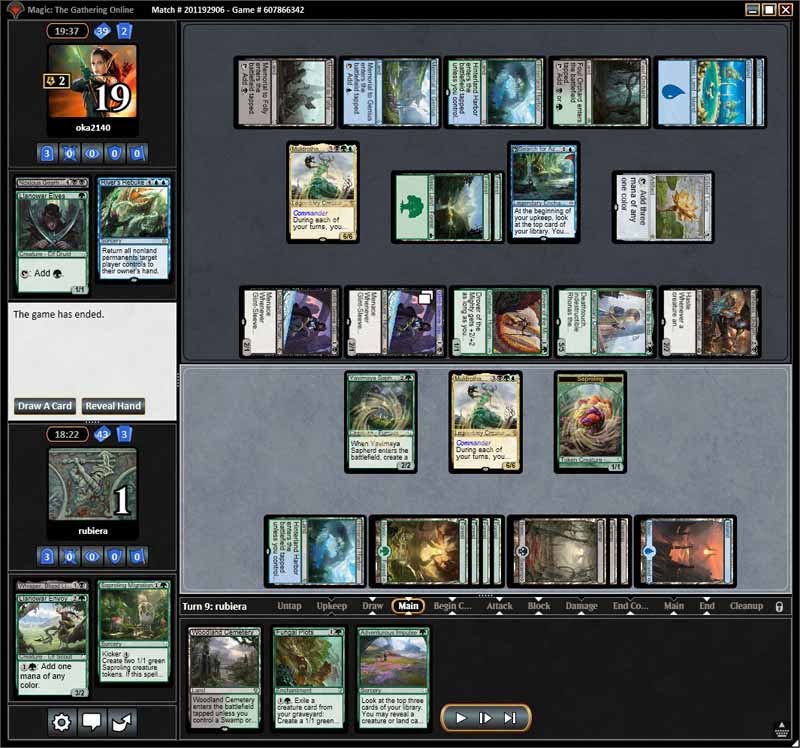 Here is yet another board state from the fully-equipped Muldrotha deck I lost several games against. 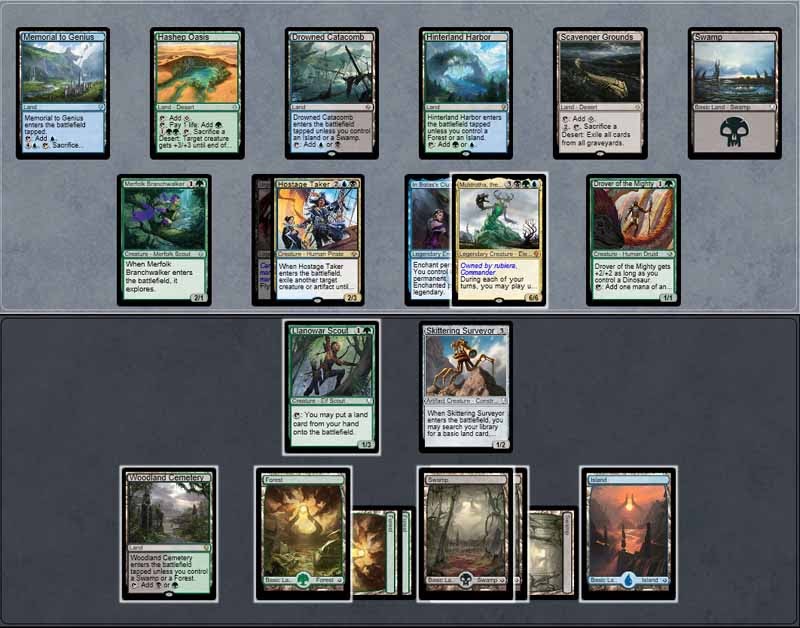