This deck centers around the legendary theme and also has some of the historic plays. Just as with Commander, I am seeing a race to staples that will be found in almost any deck: Weatherlight, for example. 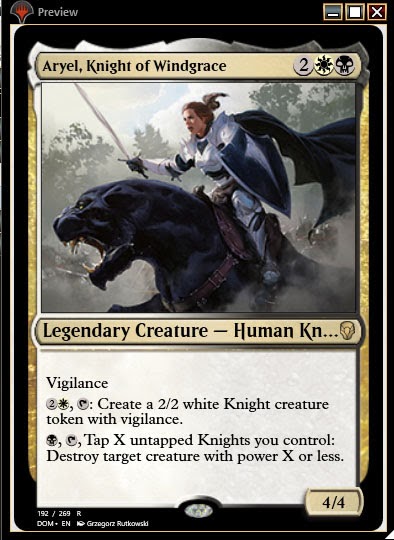 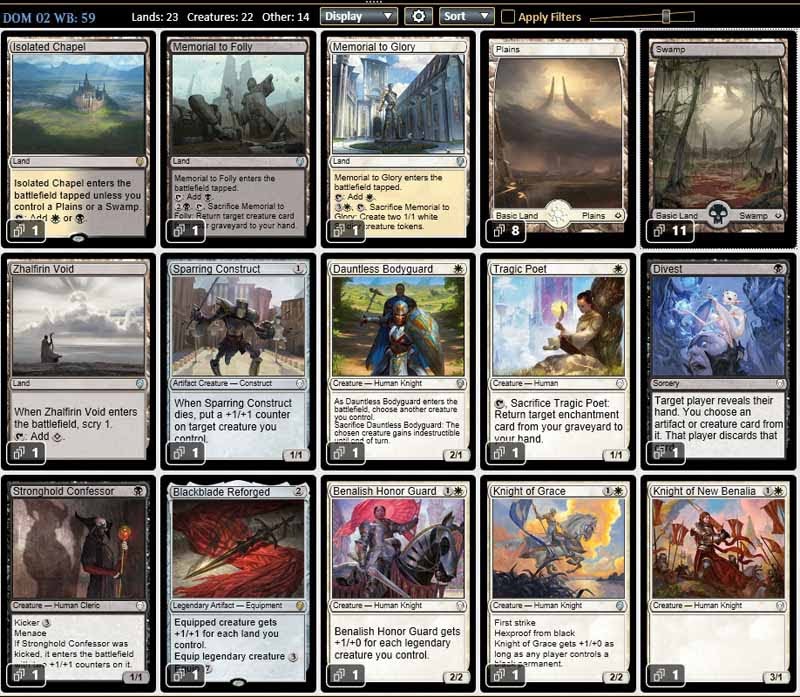 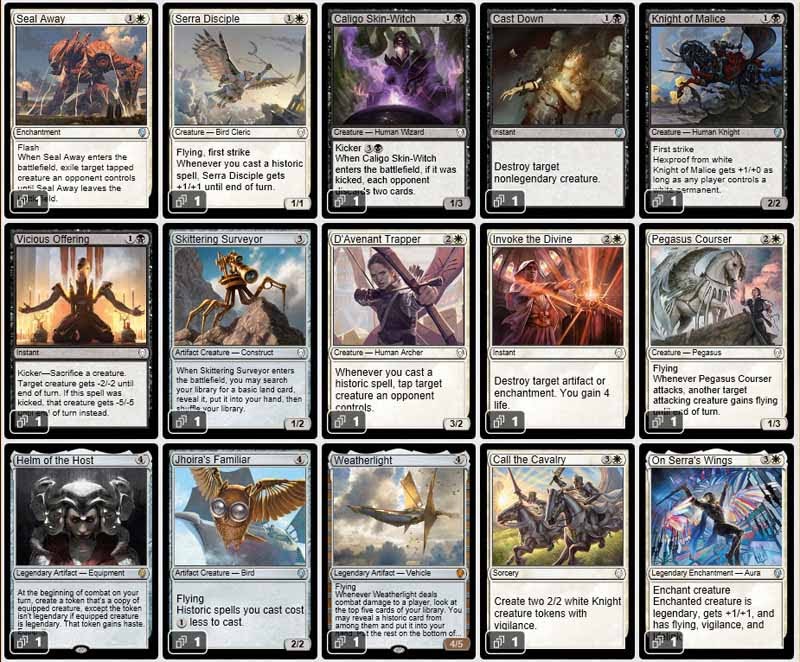 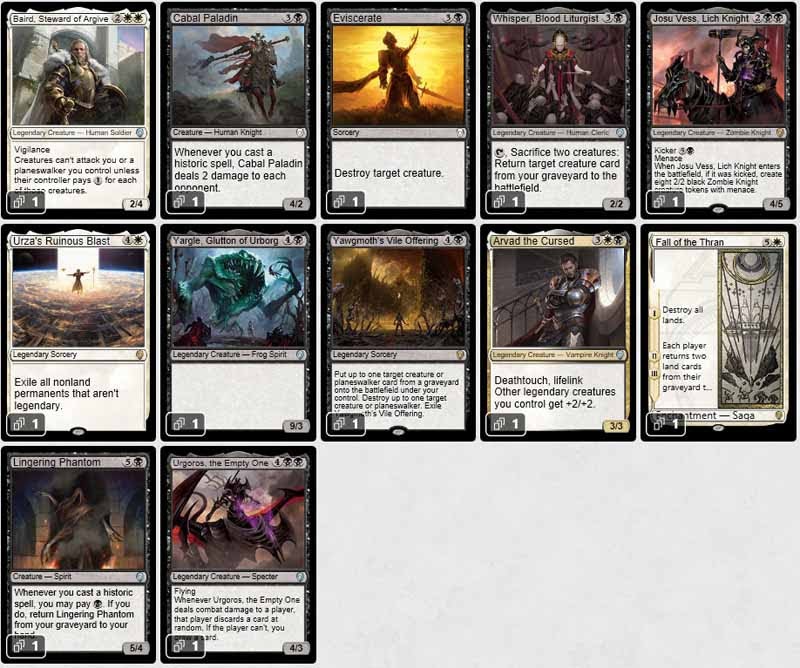 I lost a game against a well-tuned Auras and Equipment deck. 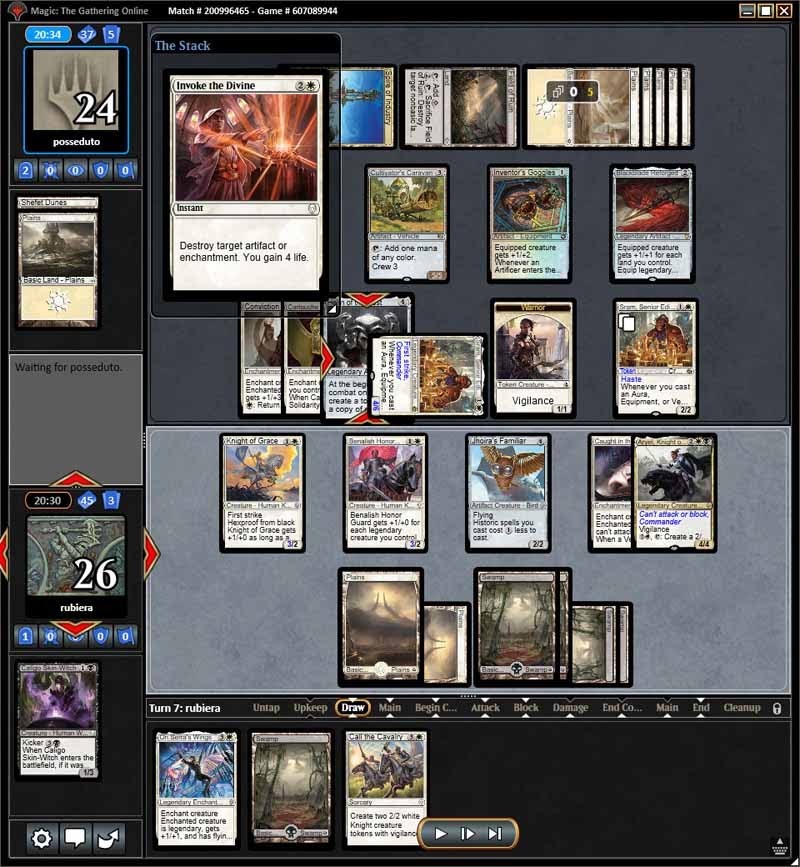 I just could not beat it. Blackblade Reforged was a beast against me and the one I have in my deck did not come up.

I won another game. This time, it was mostly Weatherlight for the win since every time I hit my opponent, and I had a good chance of drawing an extra card. It worked three our of four times! 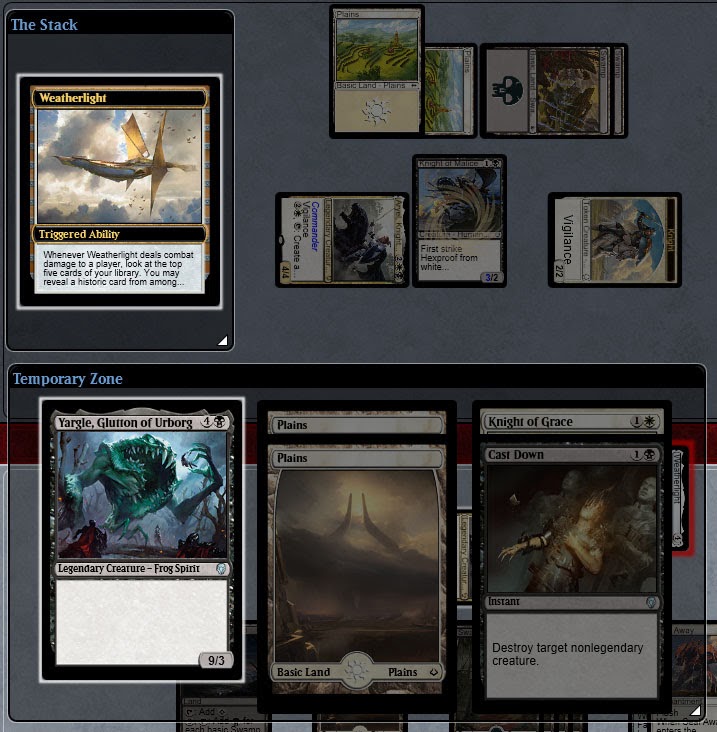 I even got to play Urza's Ruinous Blast at an opportune time. 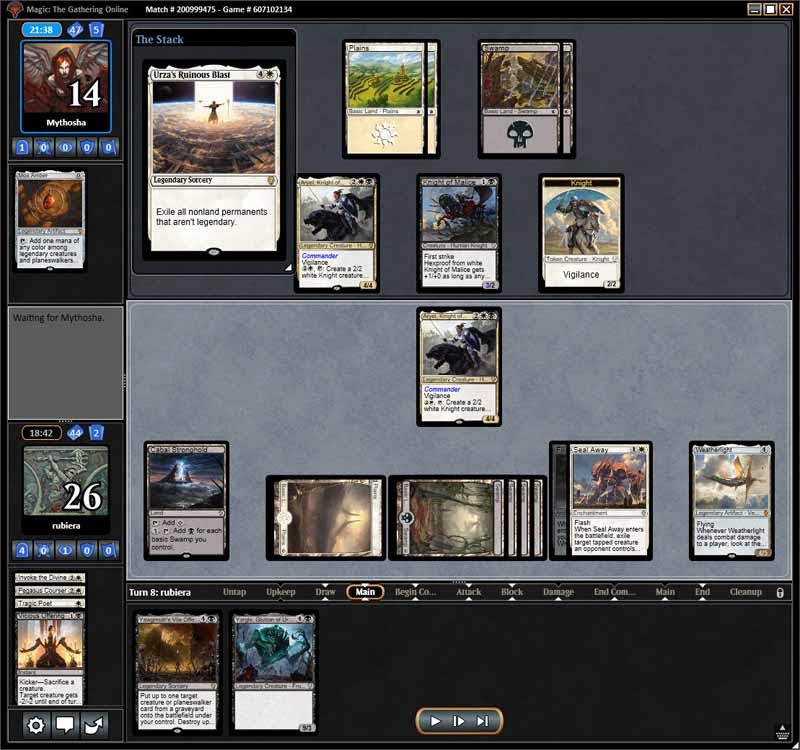