The best is yet to come for Magic

Every now and then someone will post on reddit worrying about the eventual demise of this great game. This is what I reply:

There are things Wizards does that annoy me (I don't care for any pack that costs more than $4, period), and I think sometimes that Wizards would be better off by itself, but that is just wishful thinking. It's easy to forget the good an umbrella company like Hasbro does for a company like Wizards. For a textbook case, look at the Force of Will TCG. FOW TCG made one dumb decision after another and there were no adults in the room. All things considered, I think Hasbro IS good for Wizards.

My perspective is a little different because I have been collecting stamps since the late 1970s (I am an old dude). The biggest threat to Magic is that my 11 year old son will not pick it up, and this is what happened to stamp collecting. I was unable to get my son into stamp collecting because none of his friends are interested. Magic, on the other hand, and Dungeons and Dragons, ARE getting picked up. Just last night my son and I did a brief round of D&D, and he has several friends his age who play the game.

I think Arena is a home run, and even MTGO can stick around for a while longer, but paper Magic will go on for a very long time. These are not ORs, these are ANDs: Arena AND MTGO AND Paper.
Wizards has a deep pool of design talent, and a really devoted player base. It ain't going nowhere. Even if the execs committed professional hara kiri, there would be a dozen well managed companies willing to take on the IP, and no, none of those companies would be stupid enough to get rid of the reserved list, as much as I would want them to.

This game has decades of success ahead of it. The company is willing to turn around on a dime when they go in the wrong direction. They brought back the core set. A poorly run company would have stuck to those dreadful two-set blocks just because of false pride. And they will reprint the fetchlands and make them cheaper, or kill Modern for Pioneer, but they will do something that, however annoying to some, will keep the game strong.

I collect Pokemon and Yugioh when Magic is going through what I think is not the best of times (did a lot of both when the core set was taken out). These days, I am 100 percent Magic. The 'all sets are large' era is so awesome. We are getting Zendikar III, possibly New Phyrexia II, possibly a Norse set... man, oh, man. I think the best for Magic is yet to come. 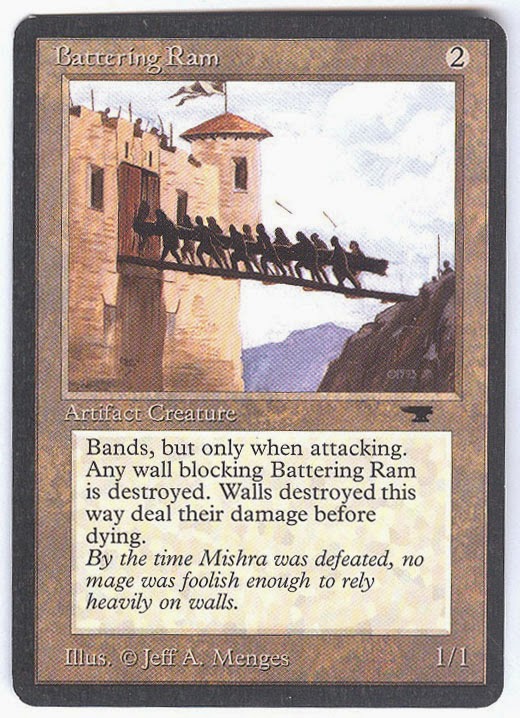