The fix has been applied to MTGO for nerfing Companions. As usual, game screenshots are from solitaire games, and the card pool is Standard-only. 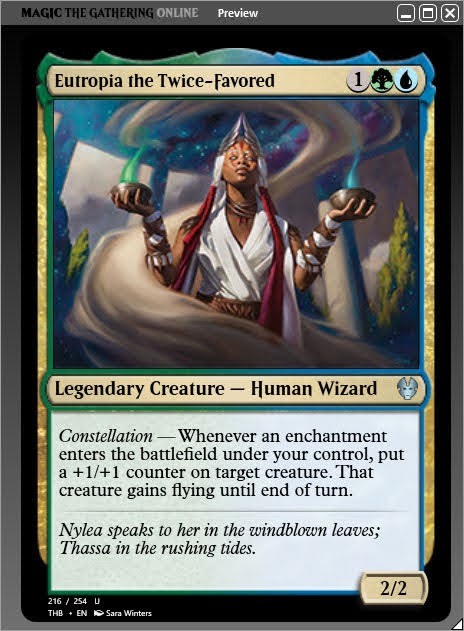 Minus the Enter-the-battlefield bonus, Keruga is an otherwise unremarkable 5 drop 5/4. The key to this deck is dropping Keruga when you have lots of permanents in the same turn in which you have the mana to xast those permanents AND having cards that can bounce Keruga back to your hand. The 3+ CMC limitation is not too onerous in casual Commander. 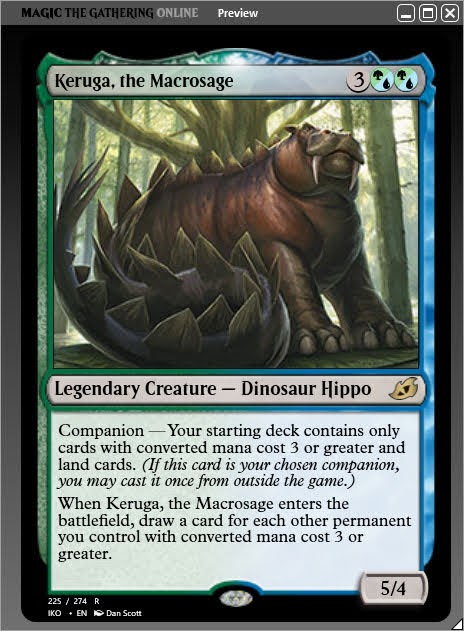 There are several cards in Standard that make this deck shine: Nadir Kraken generates tokens turn after turn to up your permanent count. You can also use the tokens as Mutate targets, but that's a secondary bonus that decreases your permanent count. Then we have two cards to bounce Keruga for additional ETB triggers: Arrester's Admonition and Rescuer Sphinx. 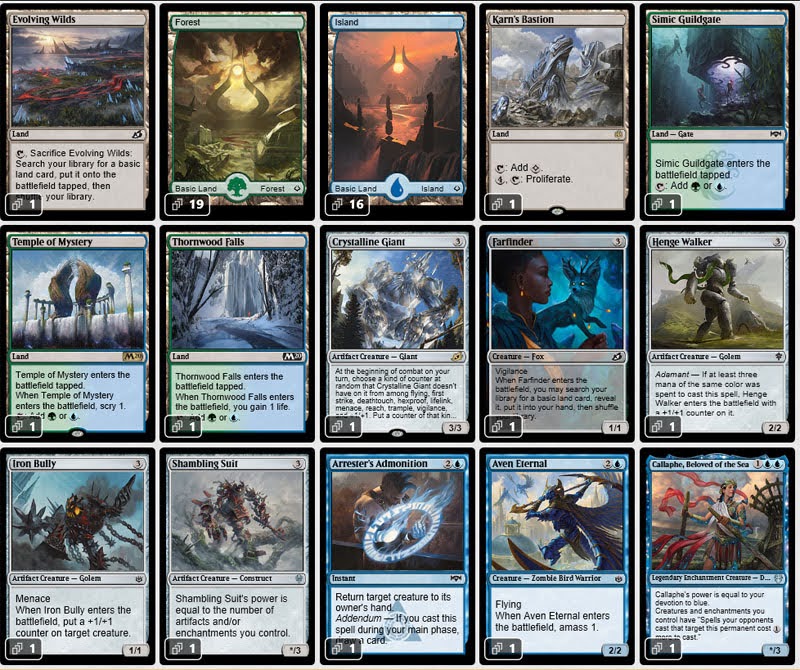 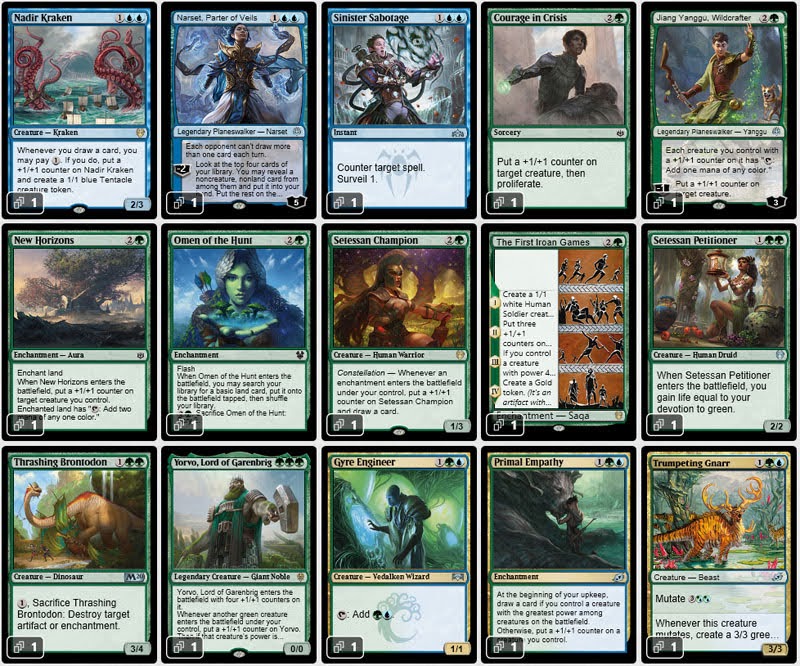 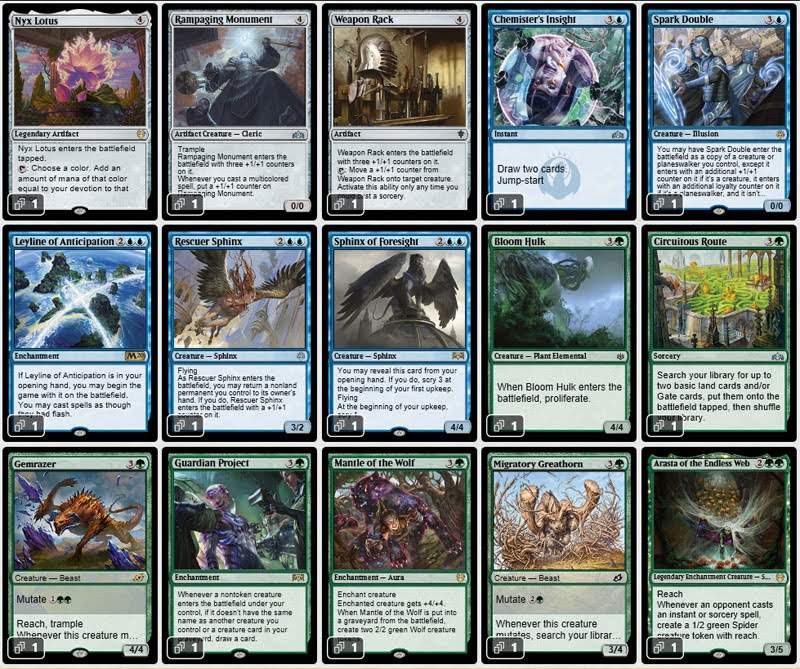 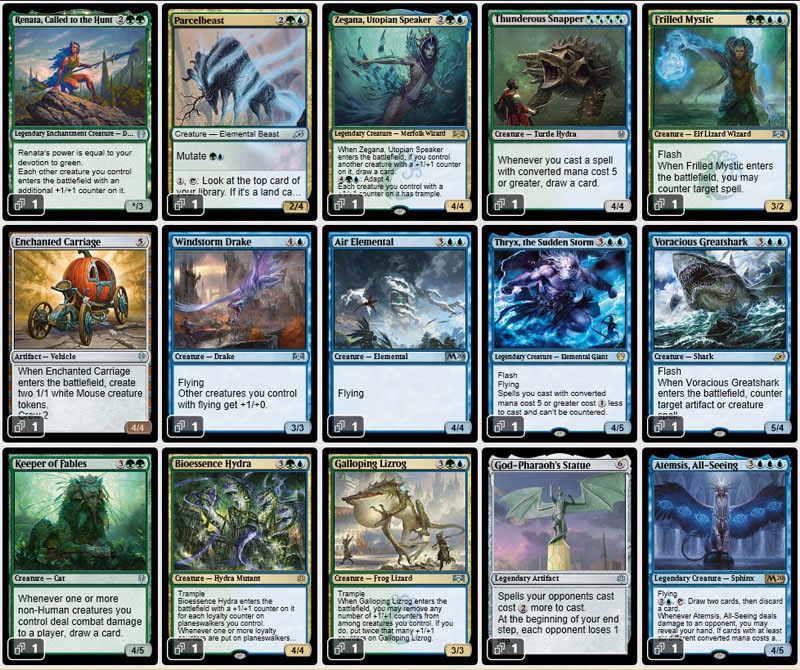 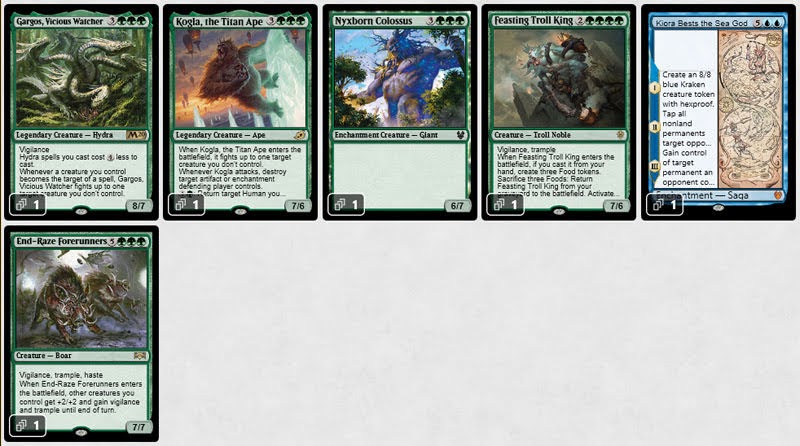 Europia is perfect for Kruga. With a reasonable manbase, it can be reliably cast turn 3. I would add more enchantments when expanding the card pool out of Standard. 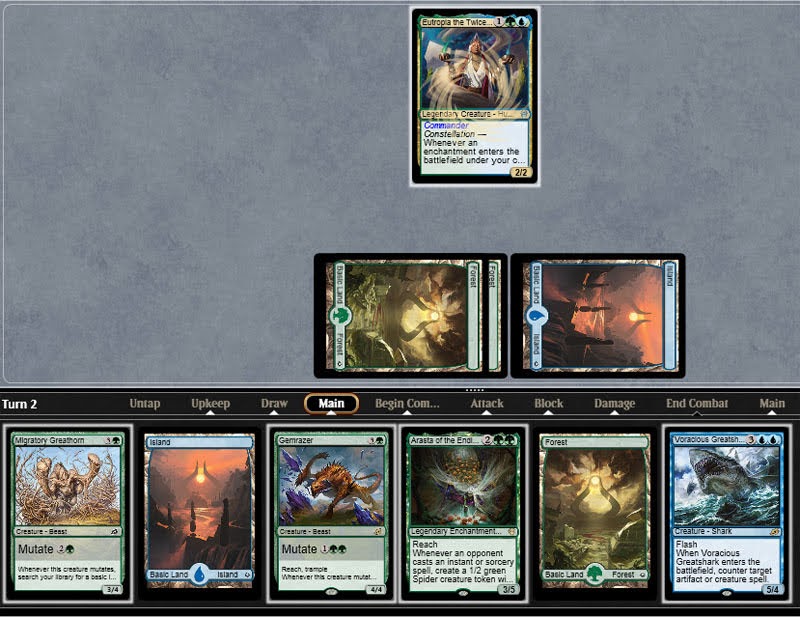 Farfinder is a great Mutate target plus the land drop it triggers. 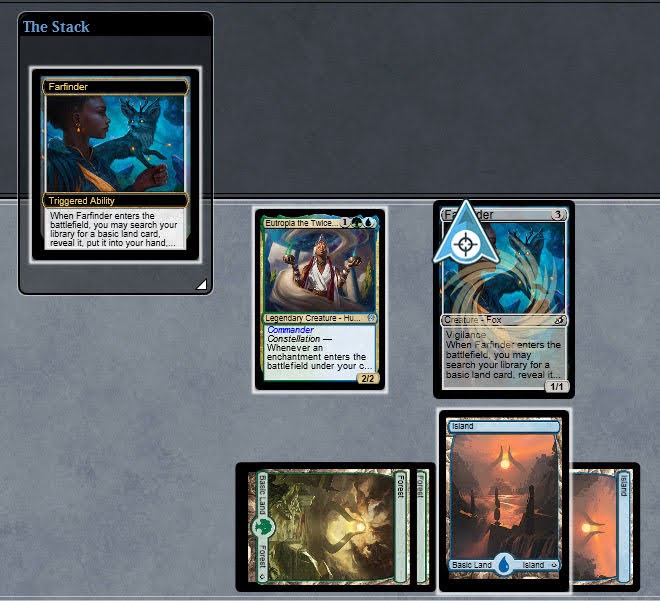 Keruga requires 3 extra mana. It's a late play after the nerf. 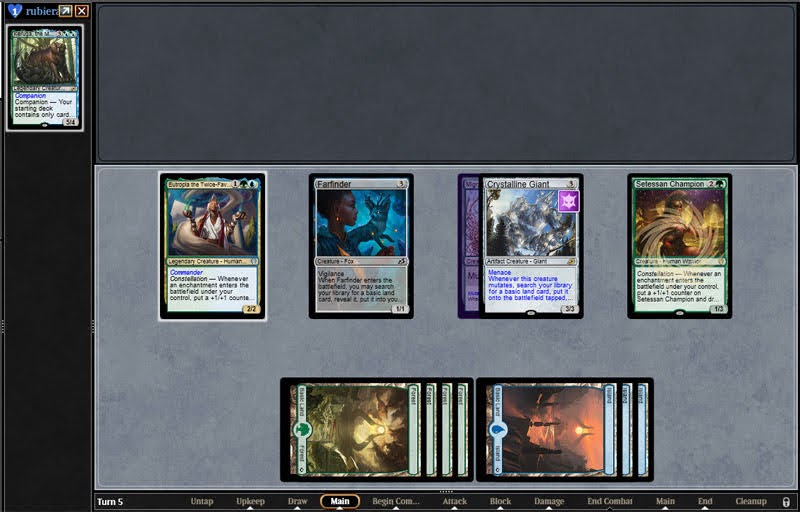 Even though I want a high permanent count for Keruga, I am also having fun testing Mutate triggers. 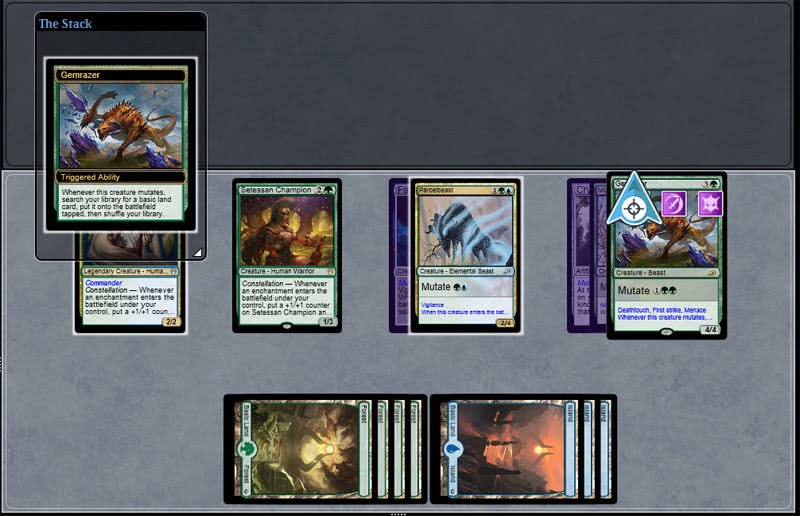 Eutropia gets me a counter, and so does New Horizons. Setessan Champion nets me cards. 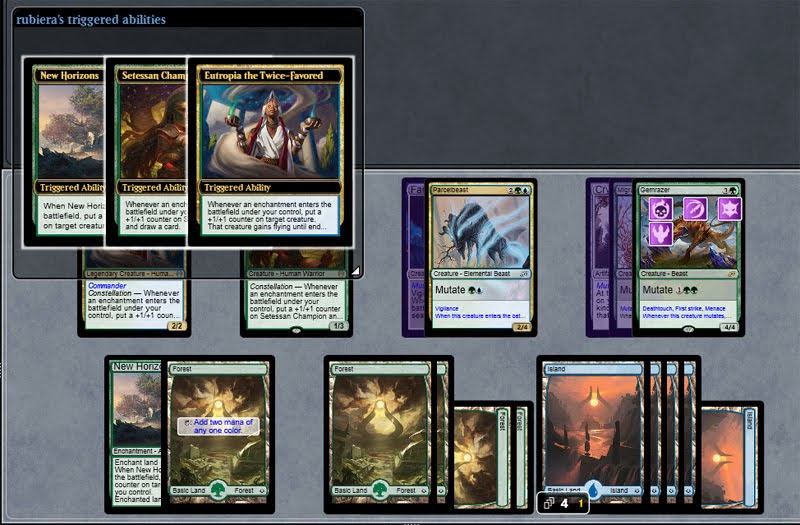 Keruga draws a ton!! It's a lot of late game fun! 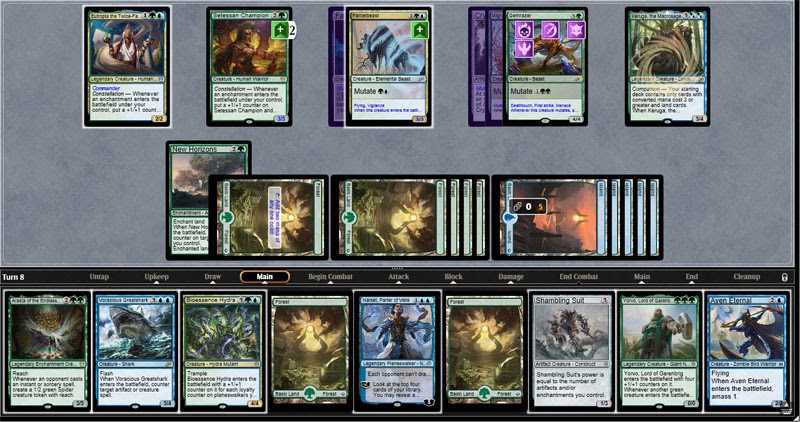 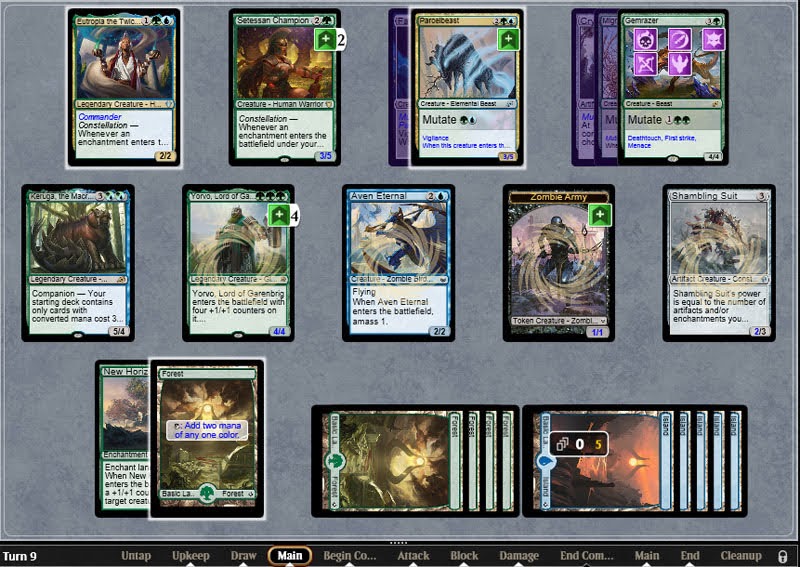 An early game Nadir Kraken is a beast. If not addressed, it will get your opponent a really high permanent count for Keruga. 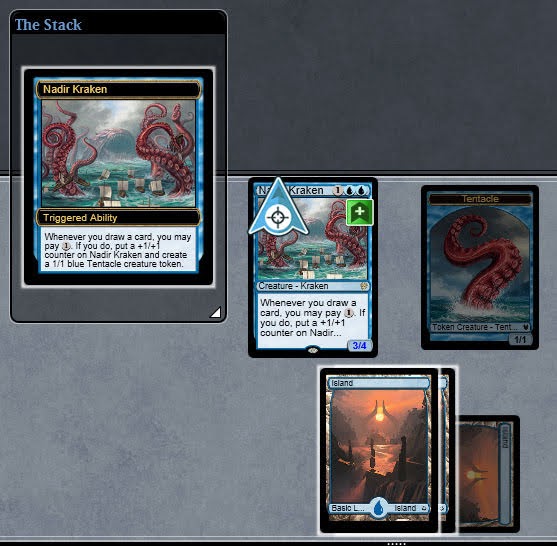 Here I am at the turn when I put Keruga in my hand. 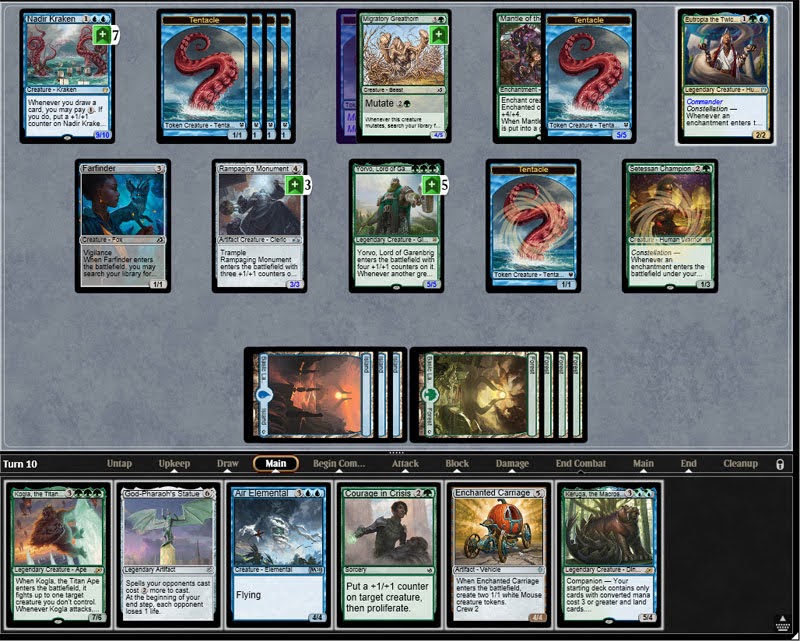 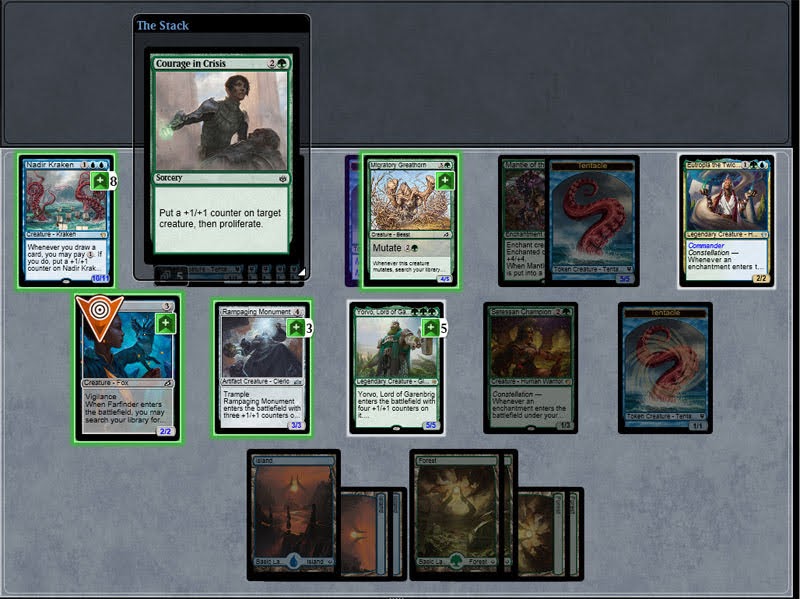 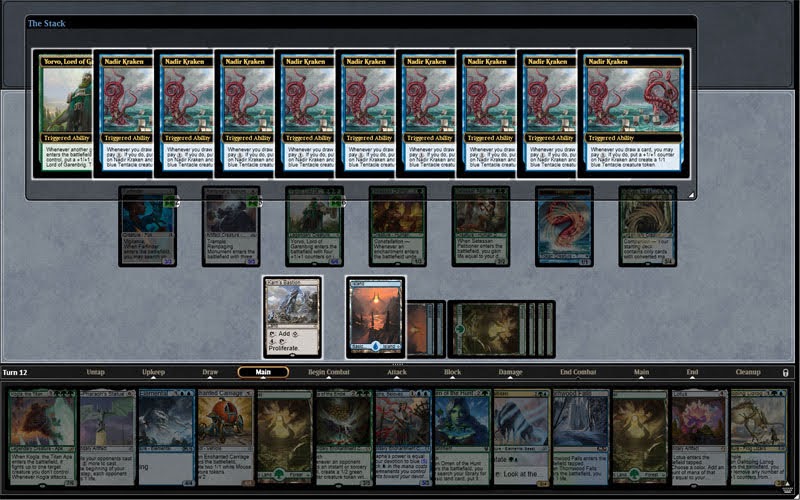 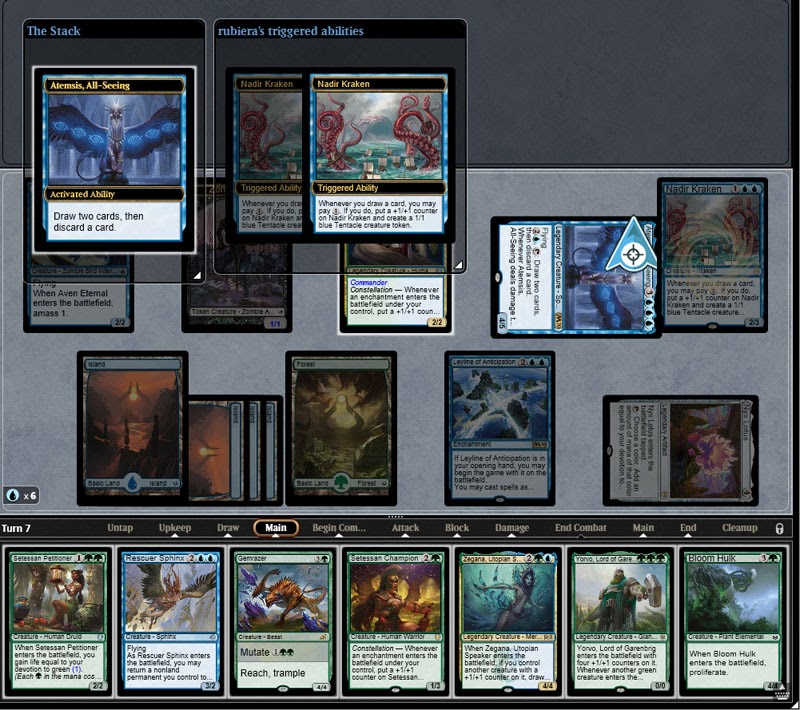