If all black border modern white-blue cards were a set by themselves it would be a small one at 74 cards, and it would be heavy on creatures. There is one planeswalker. Three sets have the lion's share of these cards (Alara Reborn, Dissension, and Shadowmoor). The ISD Block has three Mythic Rares and an Uncommon. The latter four cards will complement what comes out in RTR when played in the Constructed Standard format. 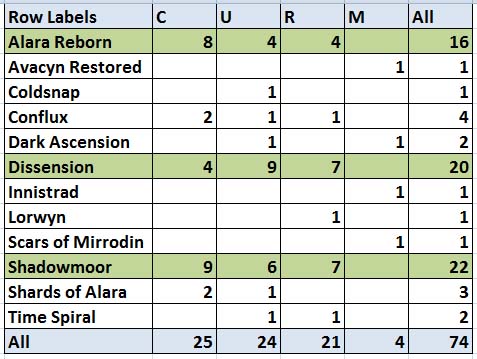 There are only a handful of artifacts. The recent sets have not had colored artifacts. 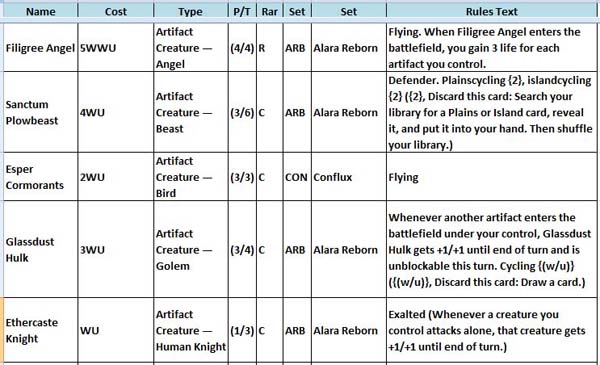 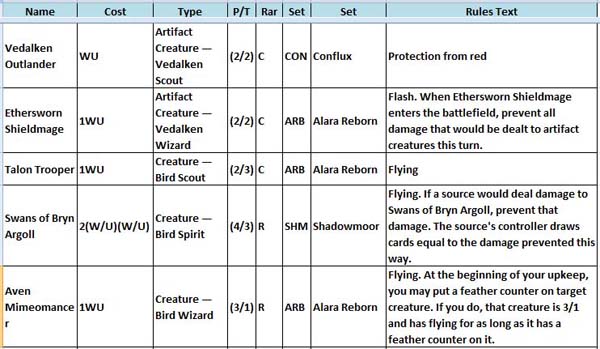 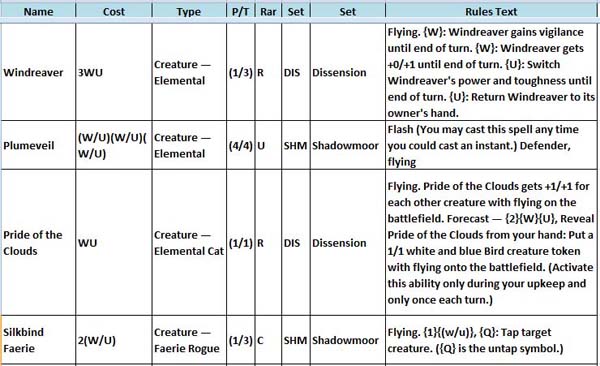 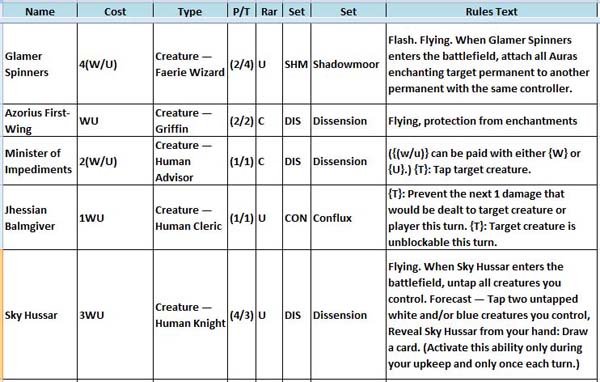 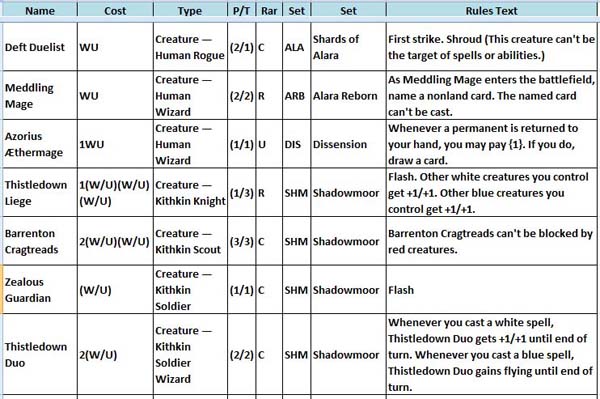 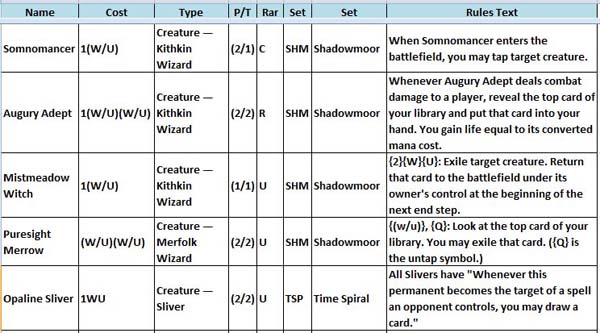 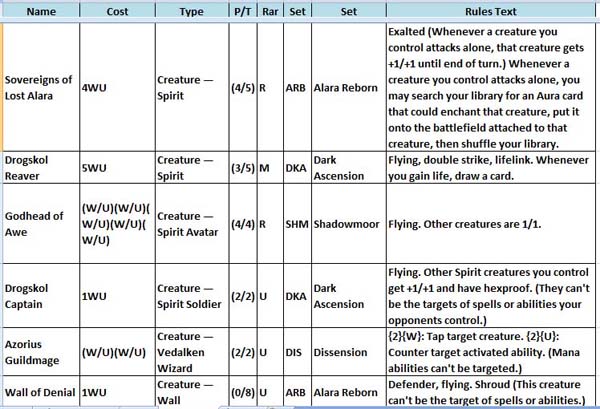 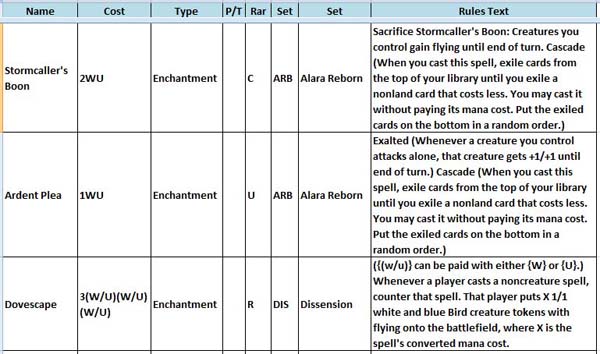 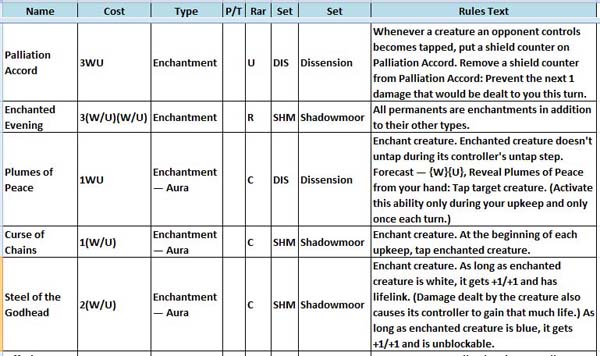 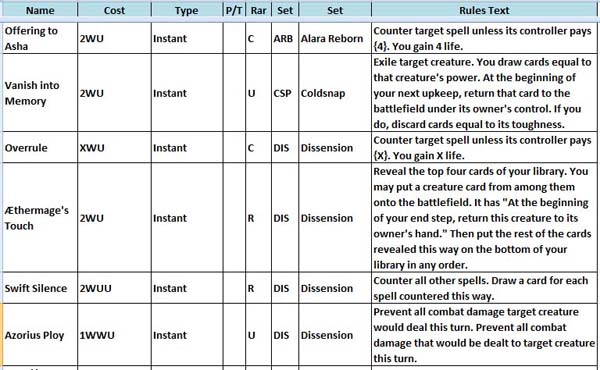 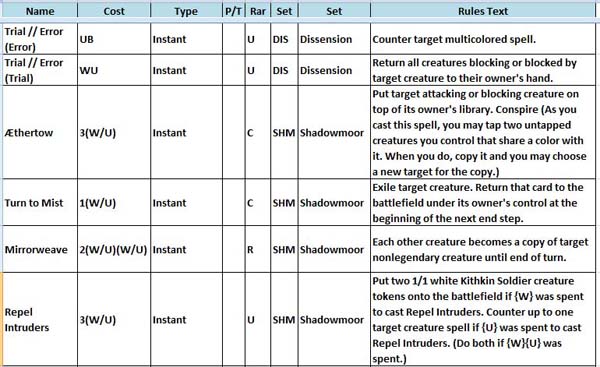 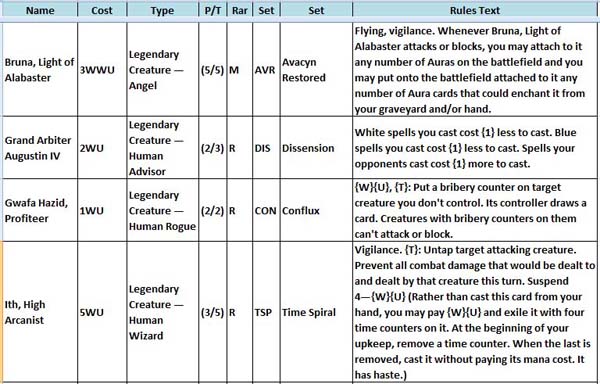 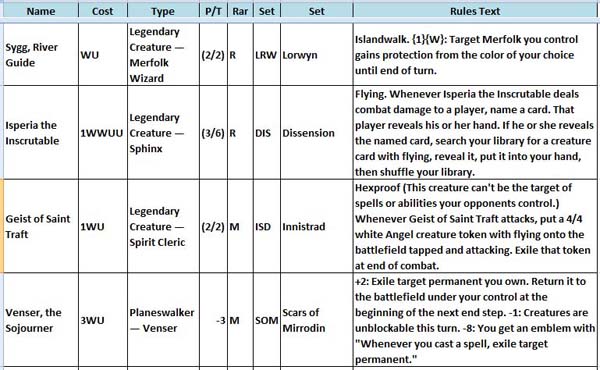