In reference to some of the investment comments in the forums related to Modern Masters, I think Magic can be an investment like any other collectable is, its only that it has been around for such a brief period in time that the hobby has not even begun to go through the basic stages that other collectables have already gone through.

Stamp collecting, for example, has been around since the 1860s, and stamps since 1840. There have been several well-documented instances of specific collectors building on the cheap something rare and unappreciated that gained value. In the US there were experimental perforations in the 1900s and 1910s and some of these are extremely rare and no one cared about them for decades, until one or two people built really good collections of these and sold them for millions in the 1990s and 2000s (look up Schermack perforations).

What we have with MM, unfortunately, is not investing in something rare, but rather speculating on something that is common.

Now, those lucky souls who have been able to pull from the early packs, those folks are quite likely sitting on an investment, but it will take probably another 50 years for a sizable collection market to exist in Magic. It already exists, for example, in baseball cards. The set from which the Honus Wagner card comes from (the Tobacco or T206 set) is a great example: ANY card from that set sells at a premium, no matter how common it may have been when issued. We are already seeing this happen to Limited Edition Alpha with the unplayable commons, but again, we are something like 50 years behind the time when ANY unplayable common from LEA will sell for, say $30, which is a typical price for a T206 card. I bought one of these as a gift for a friend a few years back, and I didn't care which player I got, just as long as I could say that it was a T206 card.

Wizards obviously has a thorny problem when developing the player base for Modern. MM is a worthy attempt, but there will clearly have to be other attempts in the future to squash Modern staples speculations while not crashing the prices of the valuable cards.

Maybe enough MM has been printed and is being distributed, and once those who chose to speculate on the product realize this, we will see prices go down enough for the original intent of MM to be realized: getting noobs like yours truly into the format. I am eagerly waiting for this to happen because I think Modern is an awesome format, full of endless Johnny deck-building possibilities. 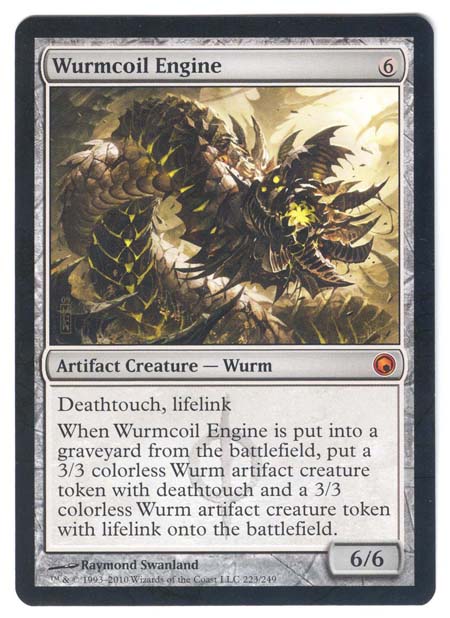