Without a bunch of really good Goblins that I was hoping would be included, and except for some great money cards, this color feels like a missed opportunity to make a really awesome Goblin deck. Krenko, where are you? 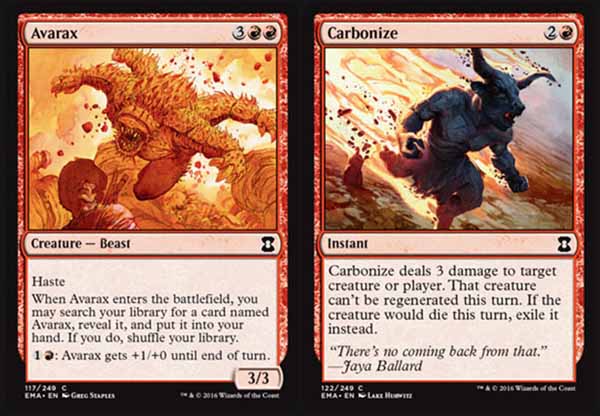 Avarax: you need to pull more than one in Limited to make it worth it, and would play 4 in Constructed... I don't know.
Carbonize: Limited. 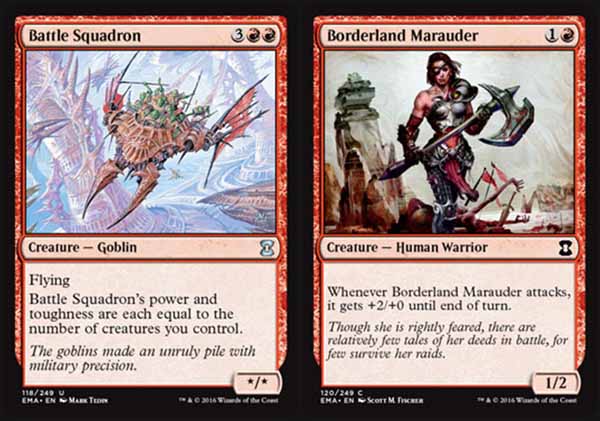 Battle Squadron: great with a bunch of tokens on your side of the field.
Borderland Marauder: Limited. 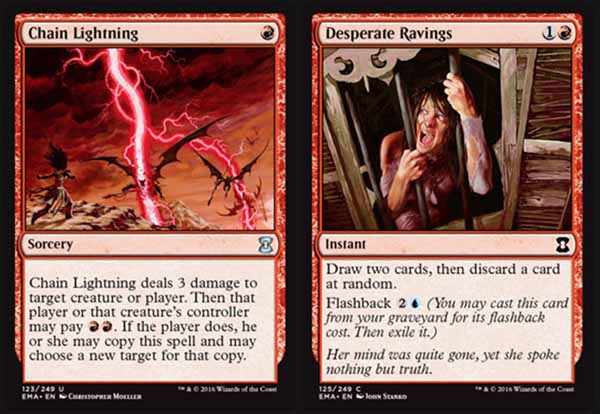 Chain Lightning: nice include.
Desperate Ravings: more help from Innistrad block. You can tutor cards with Flashback in this Limited format. 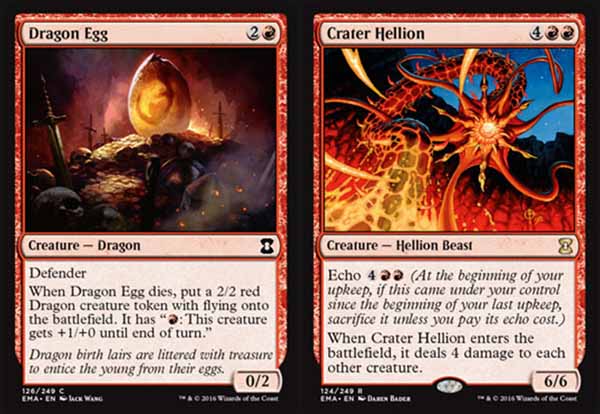 Dragon Egg: Limited,
Crater Hellion: a solid sweeper when it enters the battlefield. 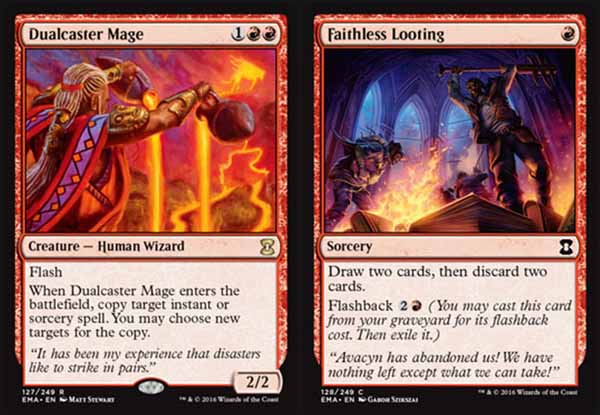 Dualcaster Mage: a Commander reprint. I would like to play it!
Faithless Looting: hello, old friend. 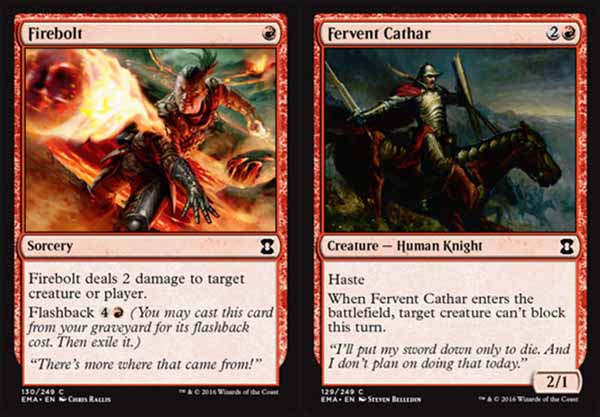 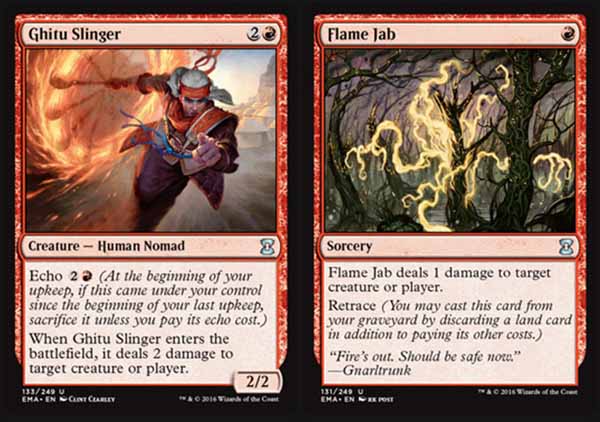 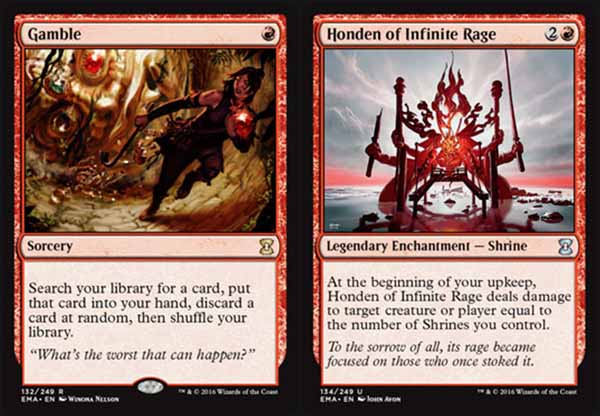 Gamble: interesting card. I want to play it. If its a card with Flashback, its not so bad if it lands in the graveyard.
Honden of the Infinite Rage: Shrines! There isn't even a Shrines deck in Legacy! What gives?! 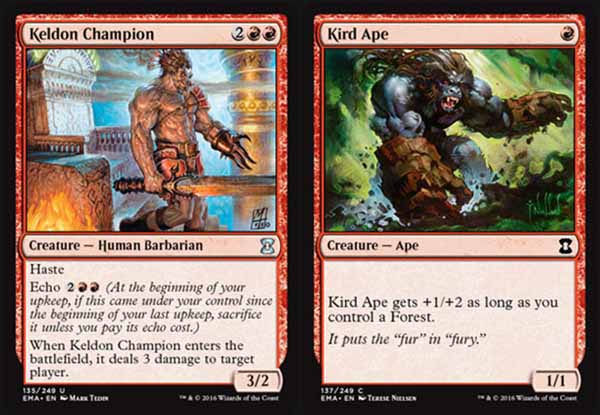 Keldon Champion: Another echo uncommon.
Kird Ape: a classic, and a fitting reprint. 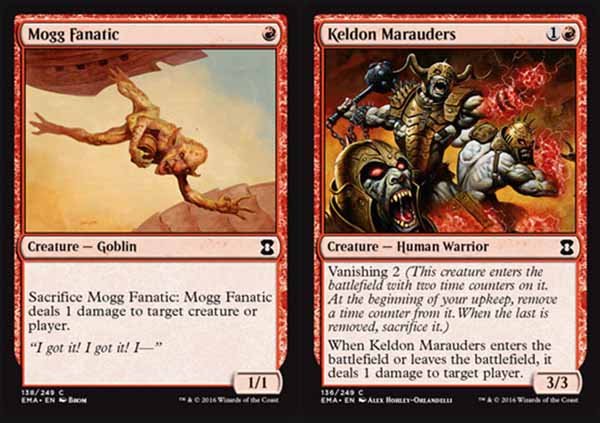 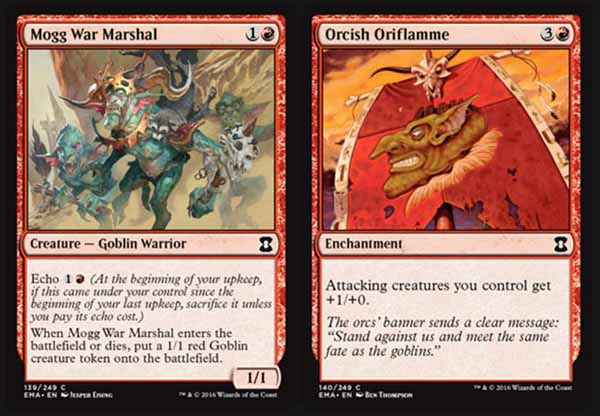 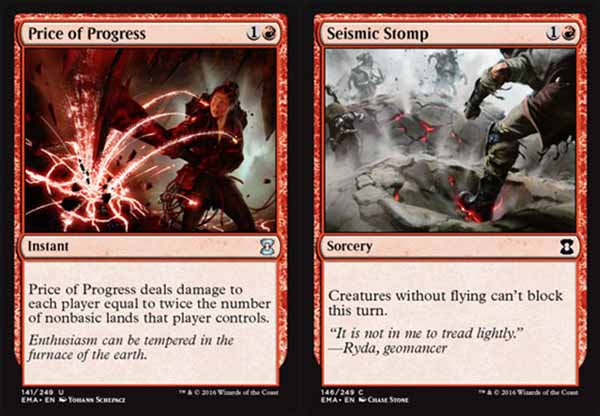 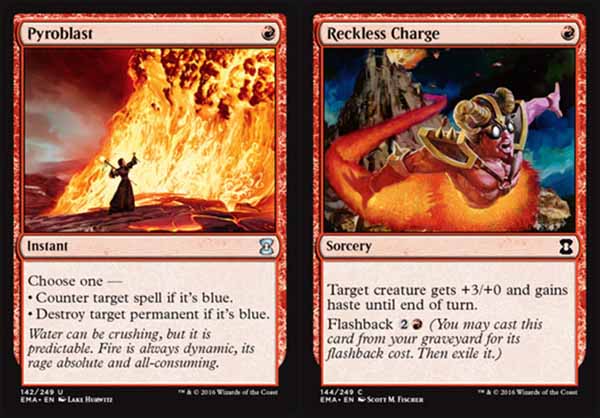 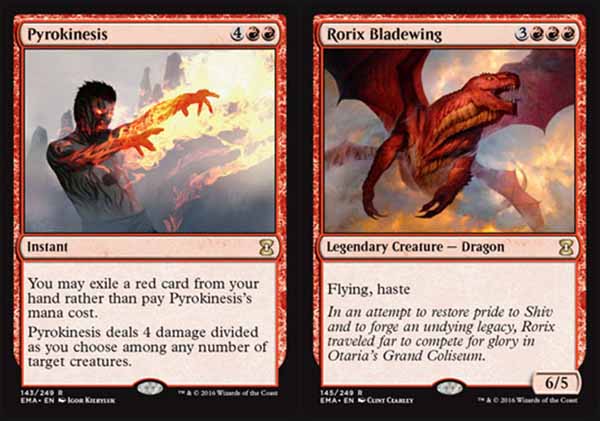 Pyrokinesis: that IS a nice effect. Part of the cycle Force of Will is in. Of course, red is NOT the color of Legacy. Still, a very nice card, and not as painful a pull as other rares in this set.
Rorix Bladewing: because every set needs a Dragon. Nice devotion! 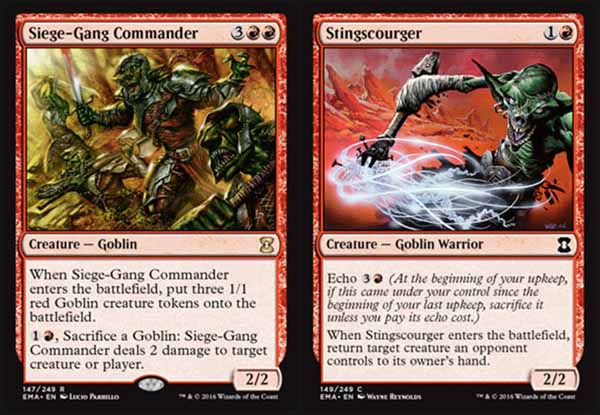 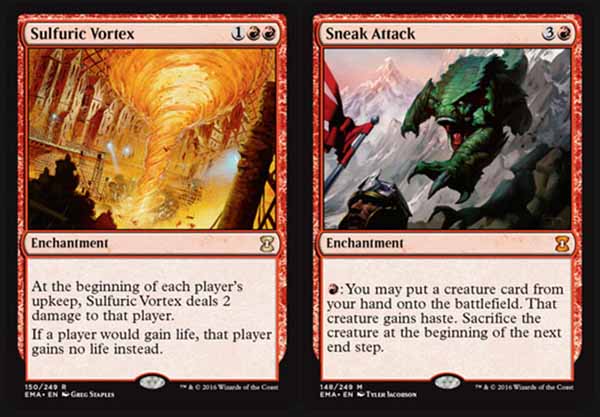 Sulfuric Vortex: If you know you will be gaining a ton of life, or know you can burn your opponent for a lot of life, this should win you the game.
Sneak Attack: needs no introduction, and a fitting mythic. Sucks that it was not printed with its combo partner, Show and Tell, but Wizards needs to keep some value for the next Eternal Masters, and that makes sense. 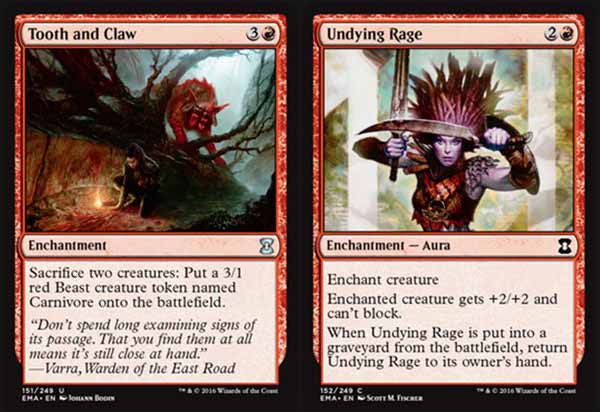 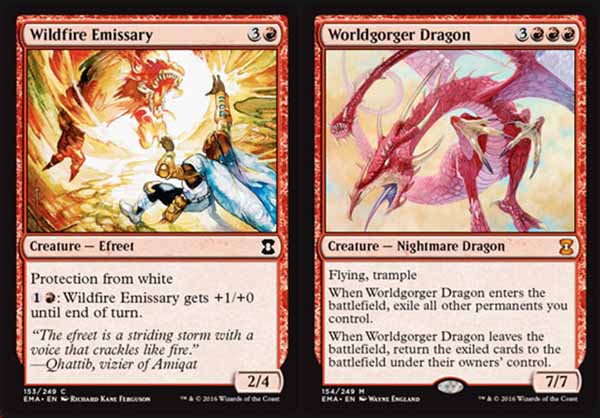 Wildfire Emissary: Limited.
Worldgorger Dragon: interesting card, and another poster card for how much better creatures have gotten in the Modern era of sets. 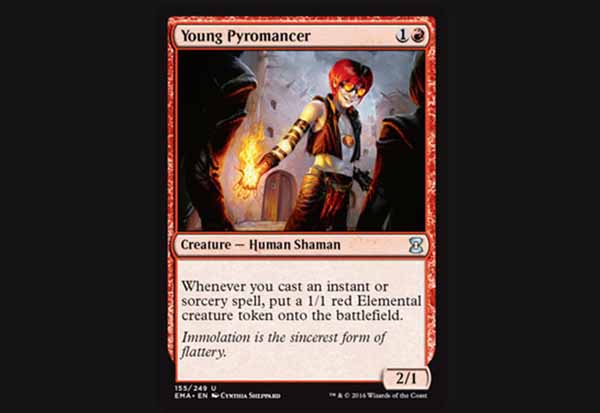 Young Pyromancer: a great include. Very annoying to play against, and also very effective. You can even combine it with Intangible Virtue in Limited.
Posted by Rubiera