Ahhhh, Green. It has awesome elves, and in Limited will be a blast with the black elves in this set. 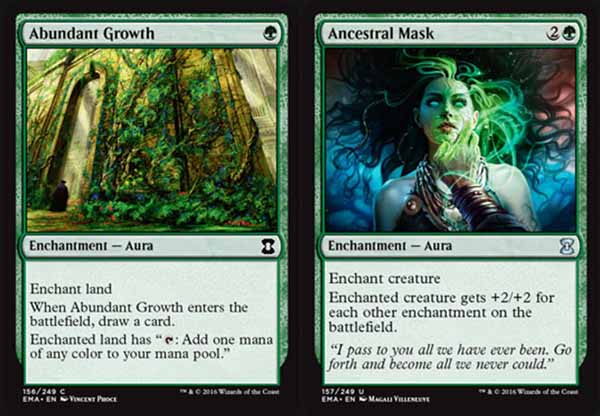 Abundant Growth: hello, old friend!
Ancestral Mask: I am so glad I have learned about this card. I really, really want to play it. Now I want to pair it with Ethereal Armor. 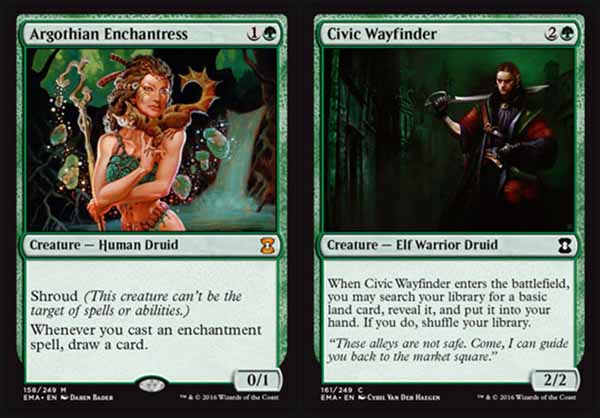 Argothian Enchantress: I wish it was rare, but oh, well. Its all part of having non-blue/non-artifact mythics.
Civic Wayfinder: solid card, and not just for Limited, but not a Legacy pick. More like a casual Modern card. 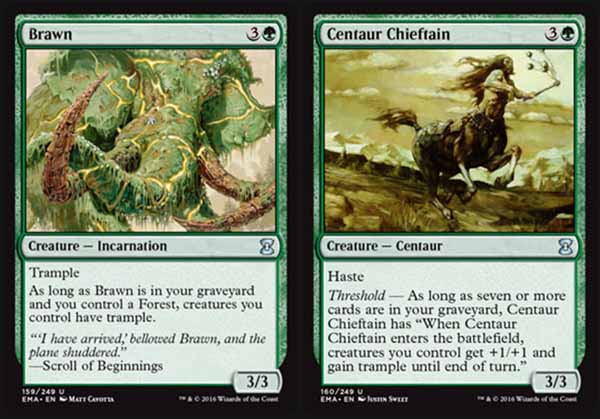 Brawn: a cool effect, and one of the few non-money uncommons in this set that are really interesting.
Centaur Chieftain: another cool uncommon, but not nearly as cool as Brawn. 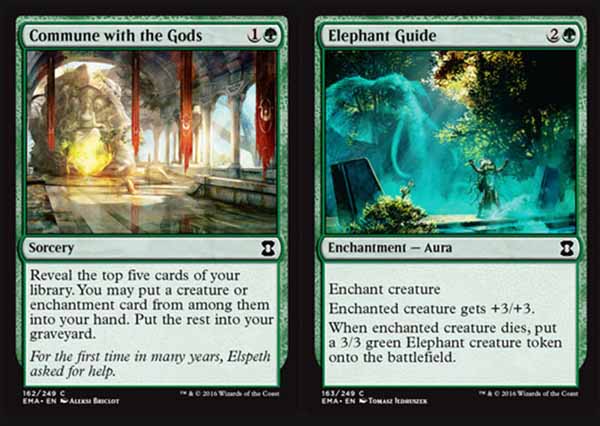 Commune with the Gods: great for the White/Green enchantments deck.
Elephant Guide: solid aura. Want to play it. 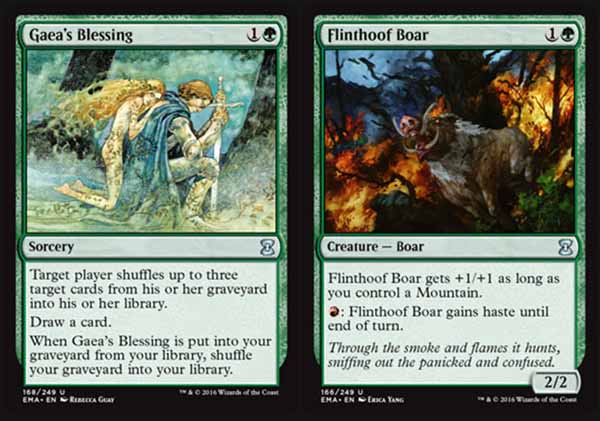 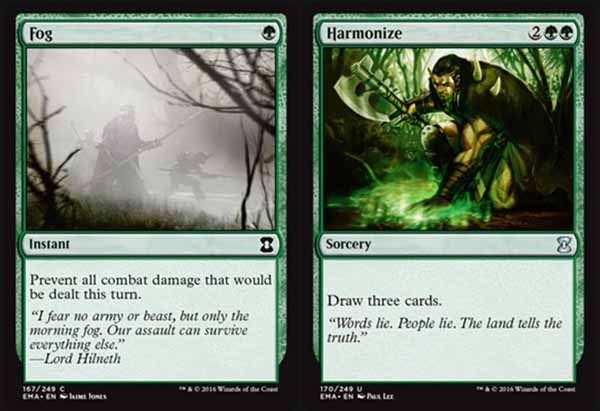 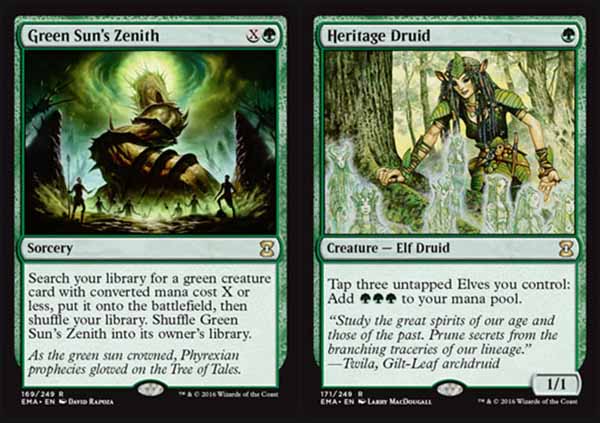 Green Sun's Zenith: nice inclusion. A great tutor.
Heritage Druid: originally issued at uncommon. This up-shift does make sense. Black/Green elves is already very strong without this card in Limited. A great rare to pull out of a pack. 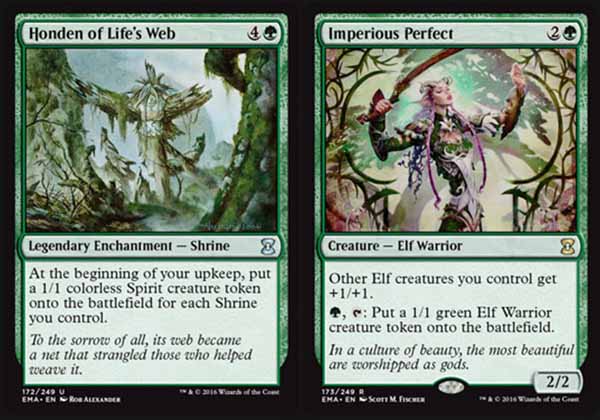 Honden of Life's Web: Shrines!
Imperious Perfect: another great rare to pull out of a pack. The designers of this set clearly set out to make elves viable in Limited and to help Constructed elves as well. 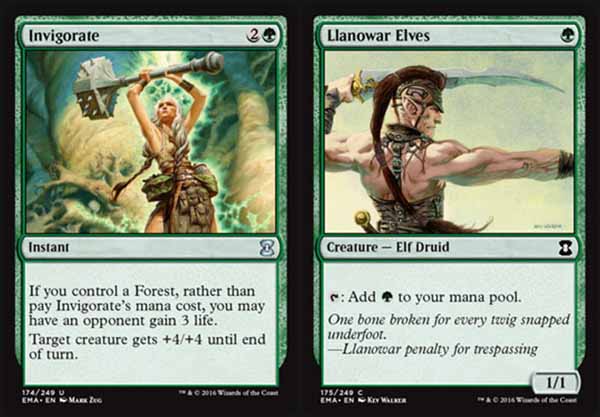 Invigorate: seems all-right, but not as an uncommon in a money set.
Llanowar Elves: hello, old friend! 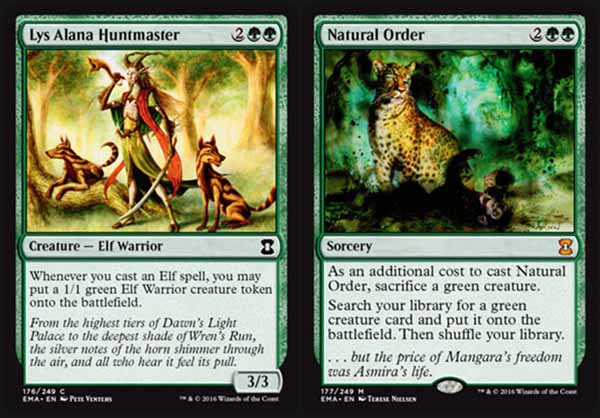 Lys Alana Huntmaster: yeah, elves in Limited, looks like a ton of fun.
Natural Order: nice tutor. I would get Worldspine Wurm (11 mana 15/15 from Return to Ravnica). 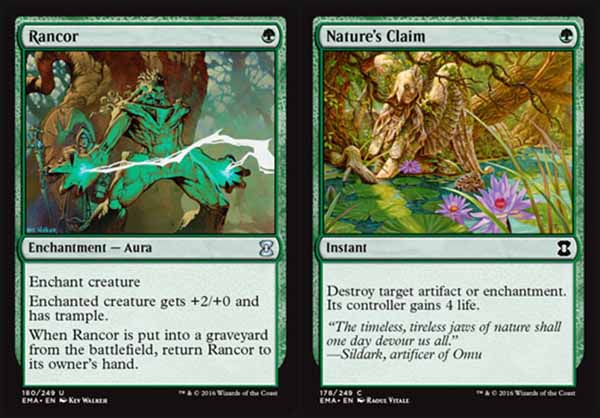 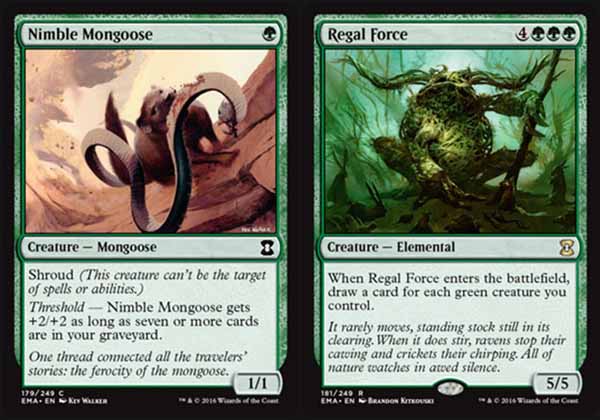 Nimble Mongoose: great card, and a crowd favorite. An auto-include in a Threshold deck.
Regal Force: wow! That can be a ton of card draw! 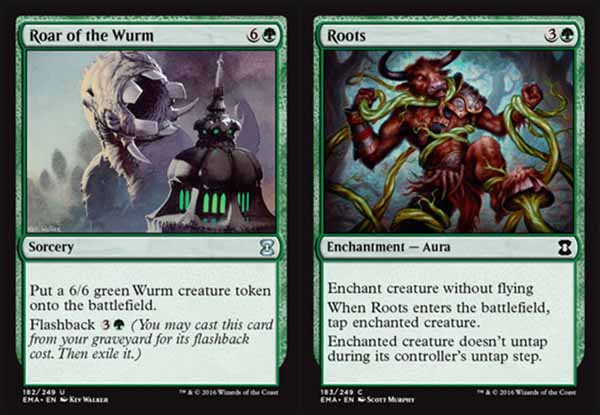 Roar of the Wurm: reads weak for an uncommon but can be put in the graveyard and only cast from there. That's pretty good: a 6/6 creature for 4 mana.
Roots: Limited. 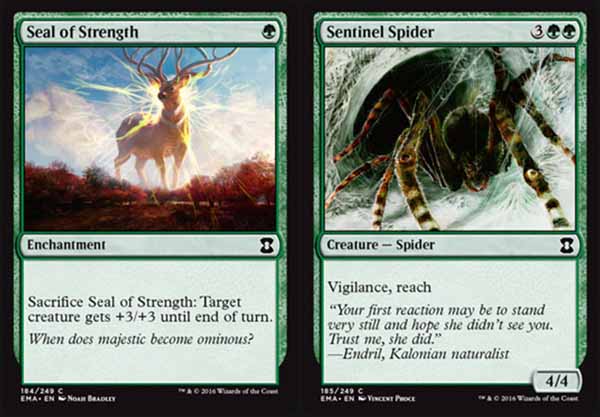 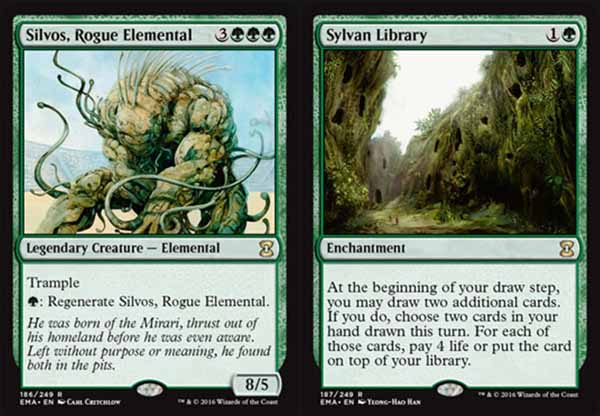 Silvos, Rogue Elemental: that's a really cool creature, and in green, there are ways to ramp to it.
Sylvan Library: an interesting classic. Great inclusion! 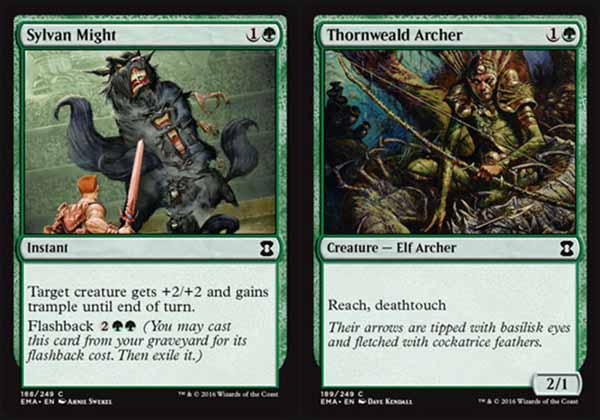 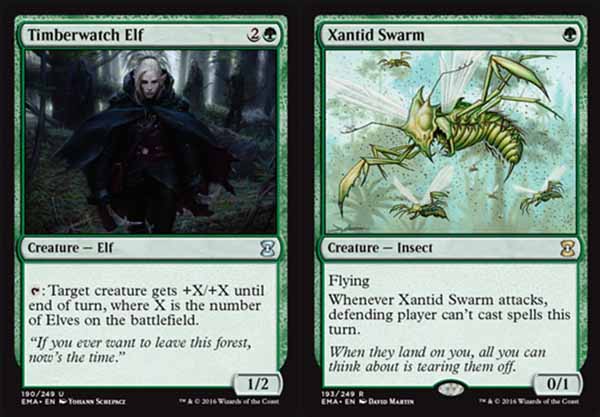 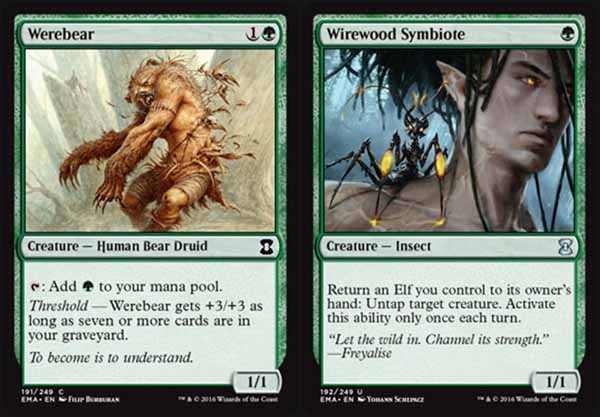 Werebear: solid creature. Gets a boost, and it can even be a mana dork while it waits for Threshold. Very nice!
Wirewood Symbiote: great combo to untap another elf. The elf effects in this set are awesome. 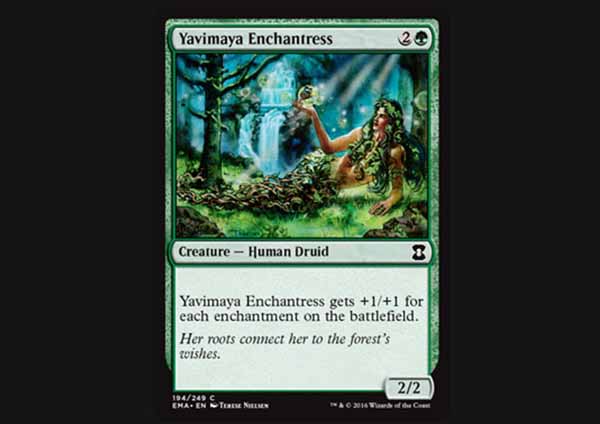 Yamivaya Enchantress: one of the best commons in the set. Simply awesome.
Posted by Rubiera