These are just the ones I either want to get online or already have and want to say something about. First off, Wizards hit it out of the park with this selection, drop the mike. I mean... the list of awesome cards in this set at uncommon, rare, and mythic just goes on, and the set even has the enemy-colored fetch lands from Zendikar. Just including these five lands and then blanks for all the other cards in the pack would sell a lot of packs. Yet Wizards went the extra mile and then some and including an all-star selection of great reprints. 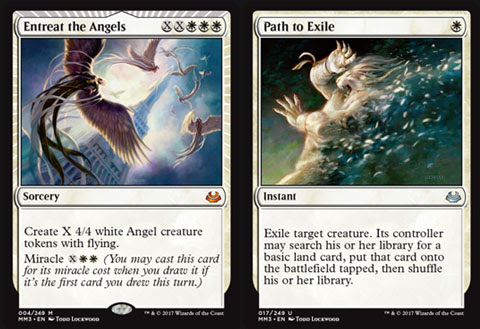 Entreat the Angels: I bought one recently just to have one for Solitaire Legacy. Now I can get a few more.
Path to Exile: Money, already have it from the first Modern Masters. 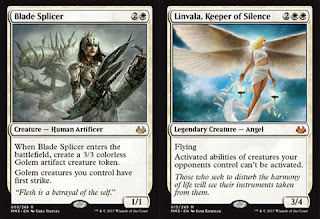 Blade Splicer: Need it. With so many new flicker effects, this is a great time to get these.
Linvala: I need at least one. 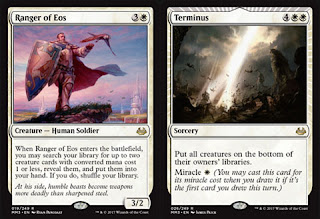 Ranger of Eos: Need it. It's one of the key pieces for Soul Sisters.
Terminus: Have it, just a mention here that this is a great two-fer as a Legacy staple that can be good in Modern. This set is really 7/8 Modern Masters, and 1/8 Legacy Masters with the inclusion of the Miracles, Griselbrand, Liliana of the veil, and Tarmogoyf. 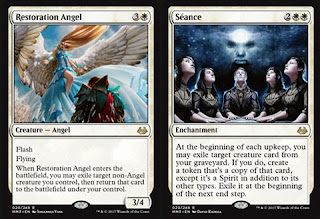 Restoration Angel: Have it, a great include.
Seance: Apparently some guy tried to buy this card out on paper... sorry, bro, you should know better that any card in the Modern list can be and will be reprinted. 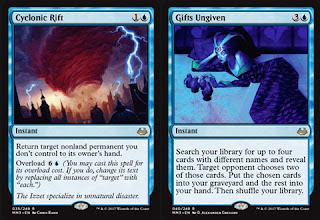 Cyclonic Rift: Have it, I played it a ton when it was in Standard.
Gifts Ungiven: Have it from a previous Modern Masters set. One of my favorite Magic cards of all time. 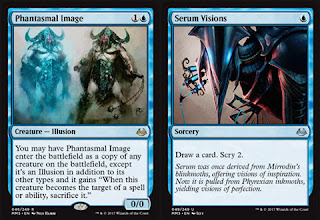 Phantasmal Image: I recently completed my playset online. A great include.
Serum Visions: I completed the play set recently as well. Awesome because Preordain and Ponder are banned in Modern. 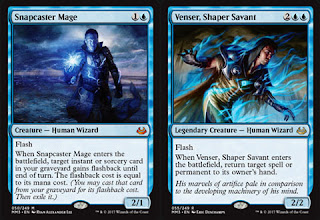 Snapcaster Mage: Have it, makes sense at Mythic.
Venser: Need at least one. 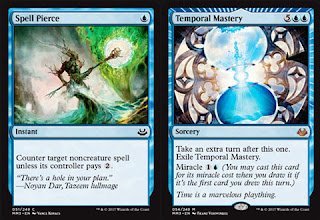 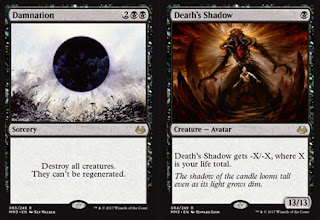 Damnation and Death's Shadow: both on my want list. I am not sure if I will have enough money in my budget for Damnation, it is the most sought out card in this set, even if not the most expensive one. 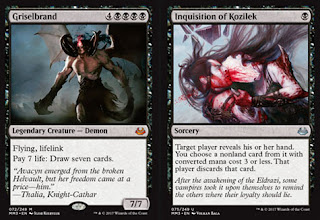 Griselbrand: I recently got one. I really, really want to complete a playset for some sick reanimation plays.
Inquisition of Kozilek: Money, already have it. 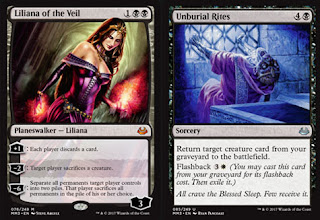 Liliana of the Veil: I don't know if I will have enough money in my budget for even one... let's hope so.
Unburial Rites: Another great include. 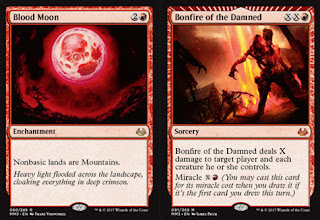 Blood Moon: I don't know if I will have enough money in my budget for even one... let's hope so.
Bonfire of the Damned: On my want list for fun nostalgia deck building. 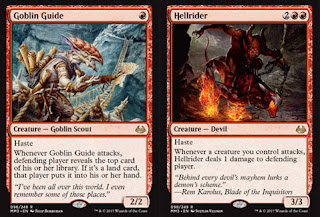 Goblin Guide: Time to get these, have none.
Hellrider: One of my favorite cards for casual Goblin deck building. Attack with ten Goblins and you hit ten on top of what they hit for... so much fun! 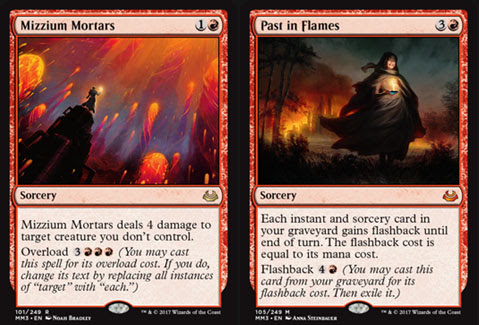 Mizzium Mortars: Another nostalgia include.
Past in Flames: I would like to get at least one. The card that almost made Tibalt playable. 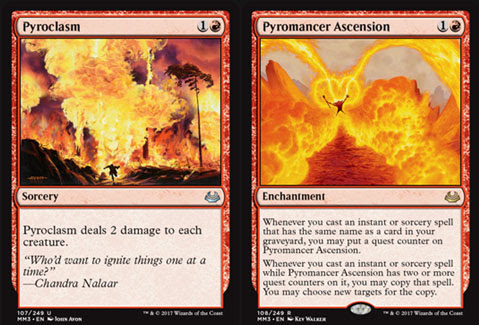 Pyroclasm: I think I need this card. I am not sure I have it.
Pyromancer Ascension: Will likely not get because Storm is 'not my style,' yet it's a notable great include.
Posted by Rubiera