Yes, I know, another Investigate deck. 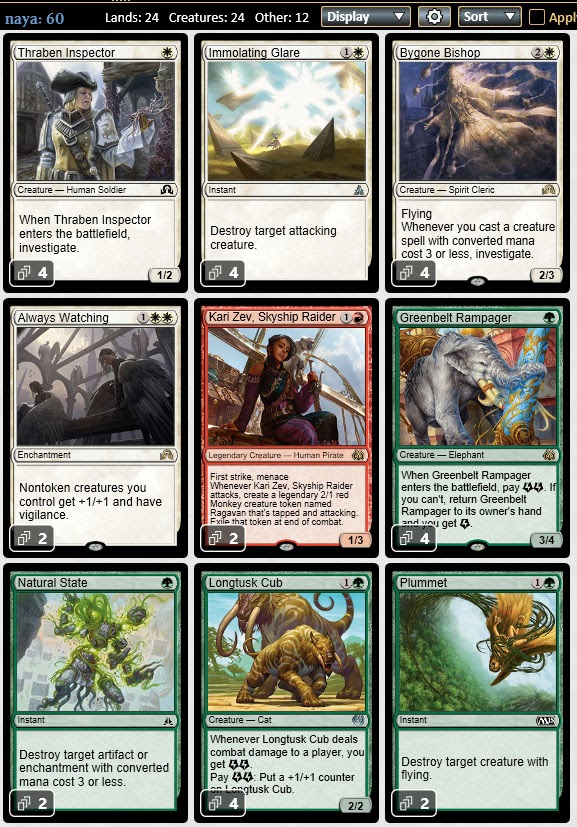 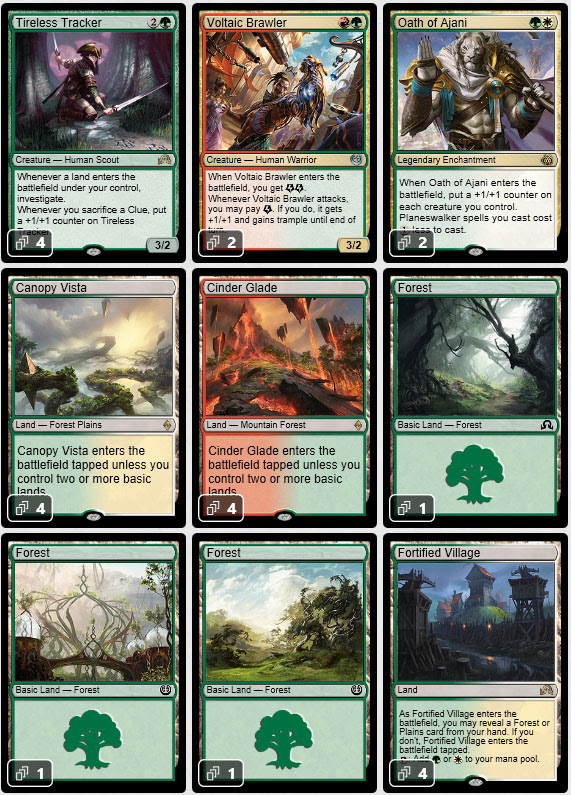 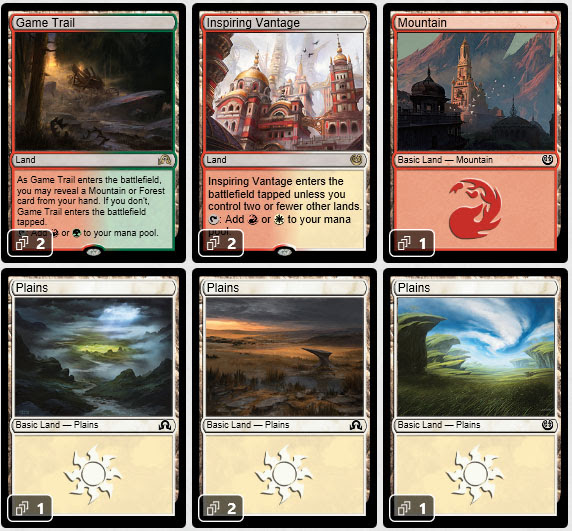 I played against a deck similar to this one, only it was missing White. 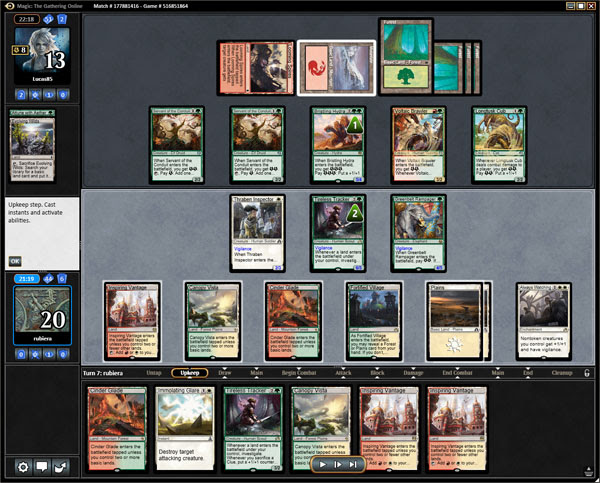 I had all the flyers and my opponent was not able to build an overwhelming army. 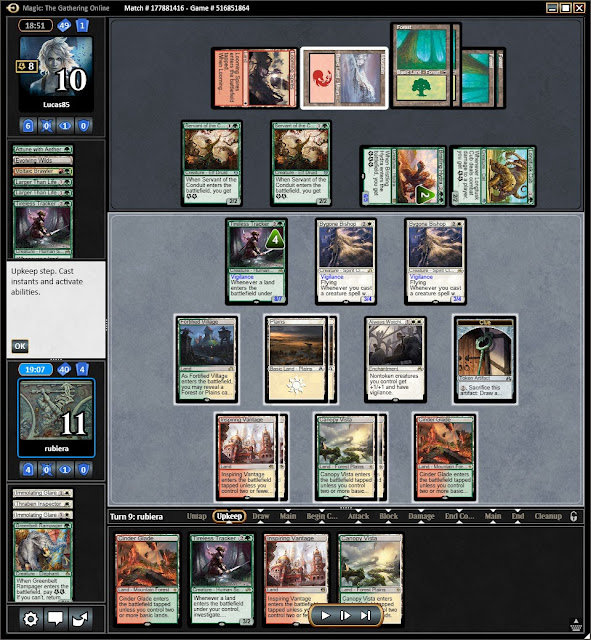 I played two games against a Herald of Anguish deck. I lost the first game and won the second one. 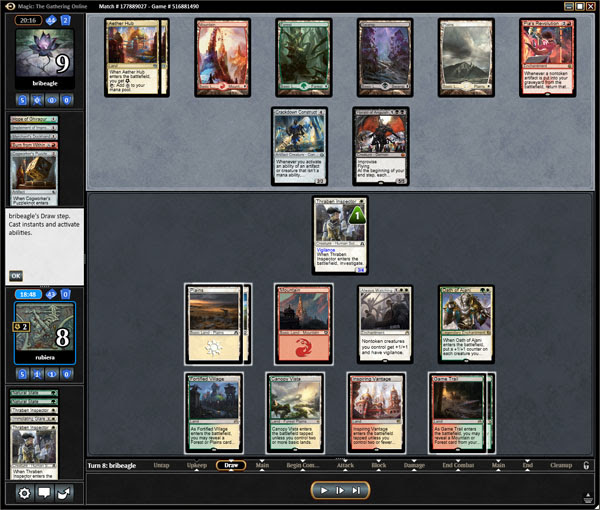 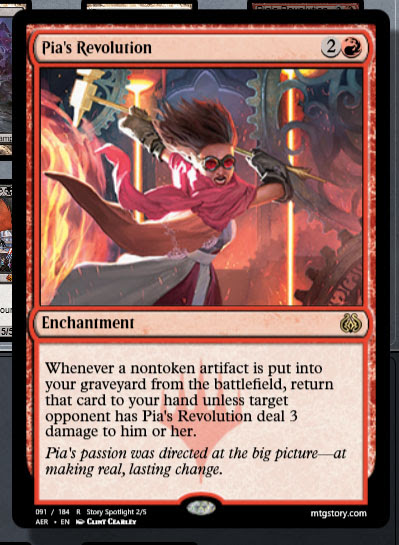 I hope Herald of Anguish goes down in price. I want to play this card. 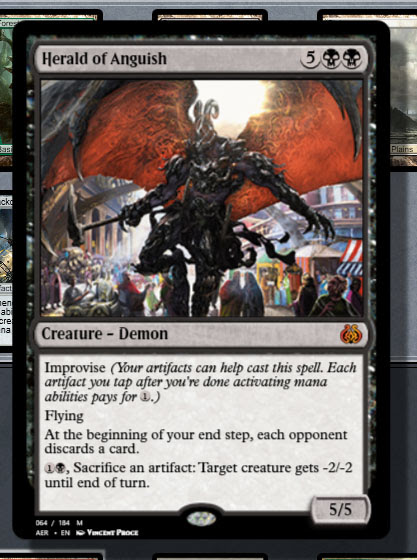 This deck is likely not running a playset of Herald of Anguish because it is using Merchant's Dockhand to Scry for it. 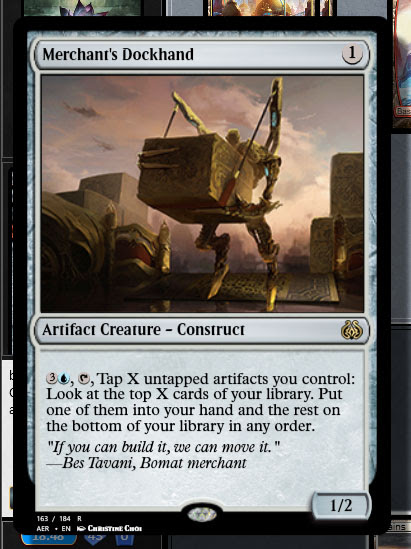 For the second game I drew the correct cards. Variance was in my favor. Here I get rid of Pia's Revolution.

Later, I take out Hearld of Anguish as soon as it lands on the board. I don't want to be discarding any cards from my hand! 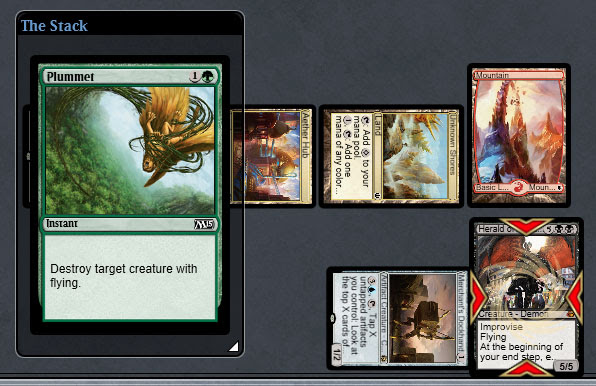 I had the win after removing those two pieces. 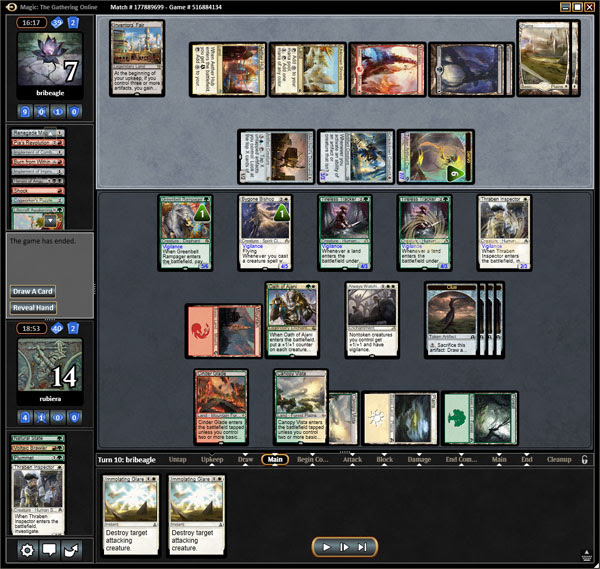 Near the end of this game, my opponent cast Lifecraft Awakening to boost a token. 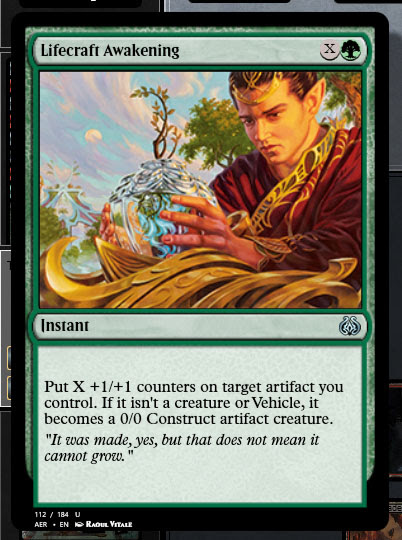 Here is the token. 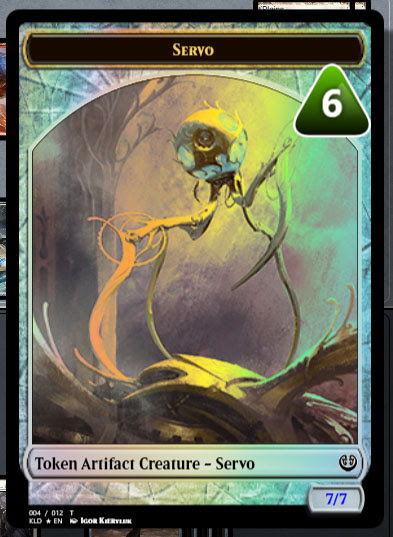 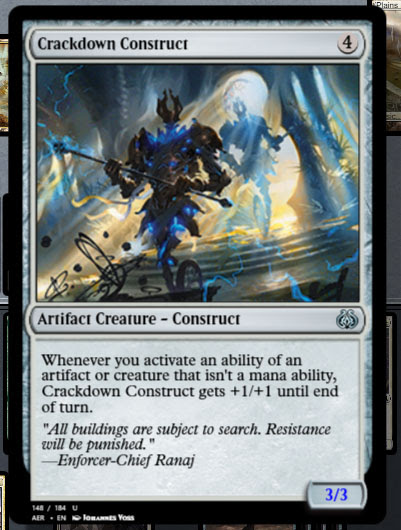