There are barely enough elves to fill this deck, and it has too many two-drops, some of which need to be one-drops. Still, it has some really interesting interactions. I primarily wanted to test Uncage the Menagerie to figure out what the correct X value should be, and it is X=3. At that level, you are spending five mana to draw three cards. Drawing one or two-drops isn't as great, and drawing four four-drops will clog my hand in an elves deck. Now, in a Commander deck, X should be 4, 5, even 6. 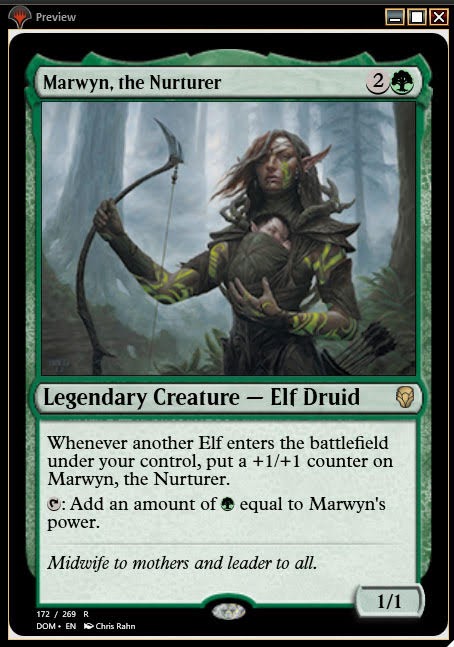 The creatures are here because they are elves, and that means that some of their abilities go unused, such as Kaladesh Energy. This is a great selection to expand into a Commander deck and then have support for everything these cards can do (which is a lot!). 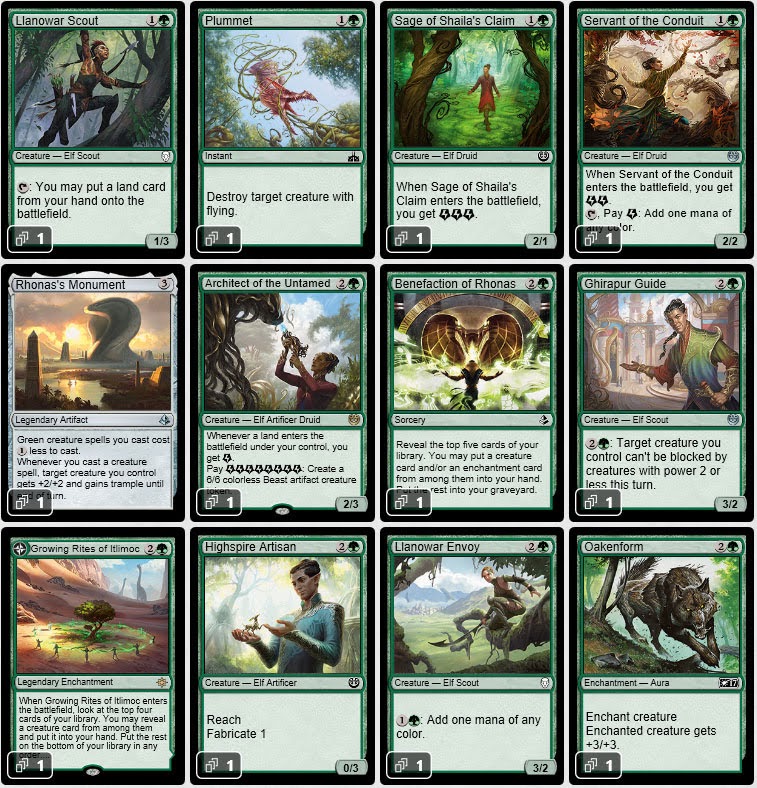 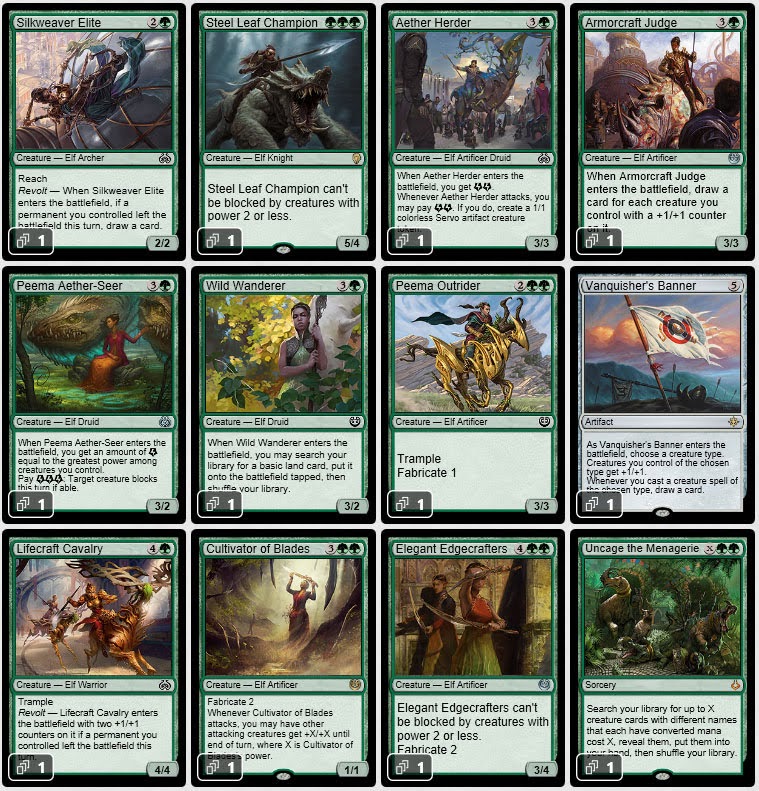 Here are a few solitaire screenshots showing some of the interactions. The key is to bump up Marwyn's power as much as possible to maximize the mana the card can generate. At some point, Marwyn is big enough to be a threatening attacker, though, and I will be boosting her power to attack, instead of to generate mana. 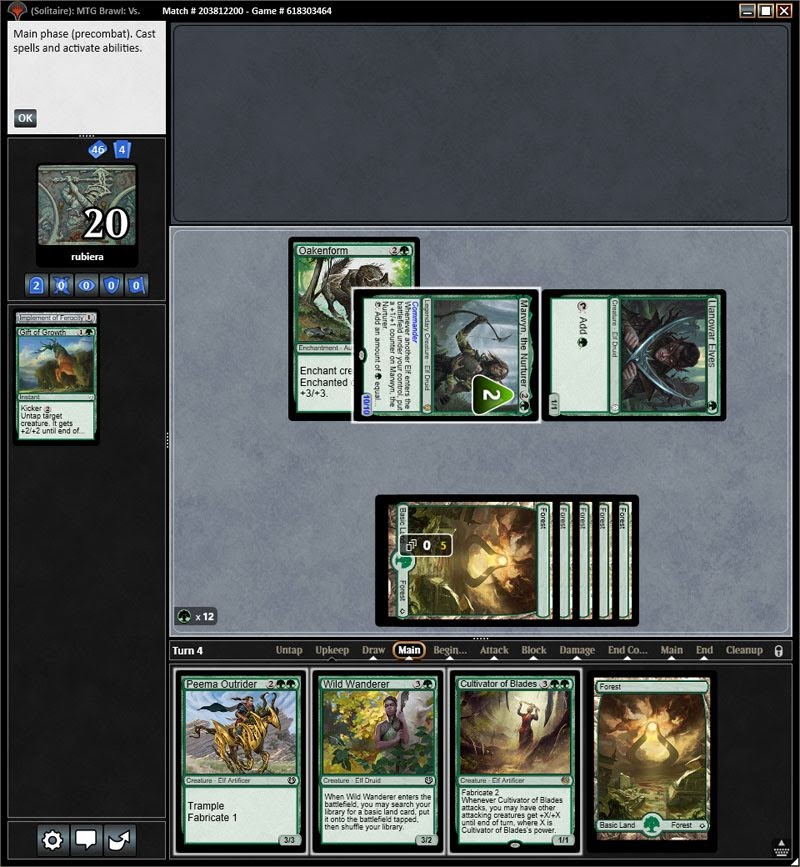 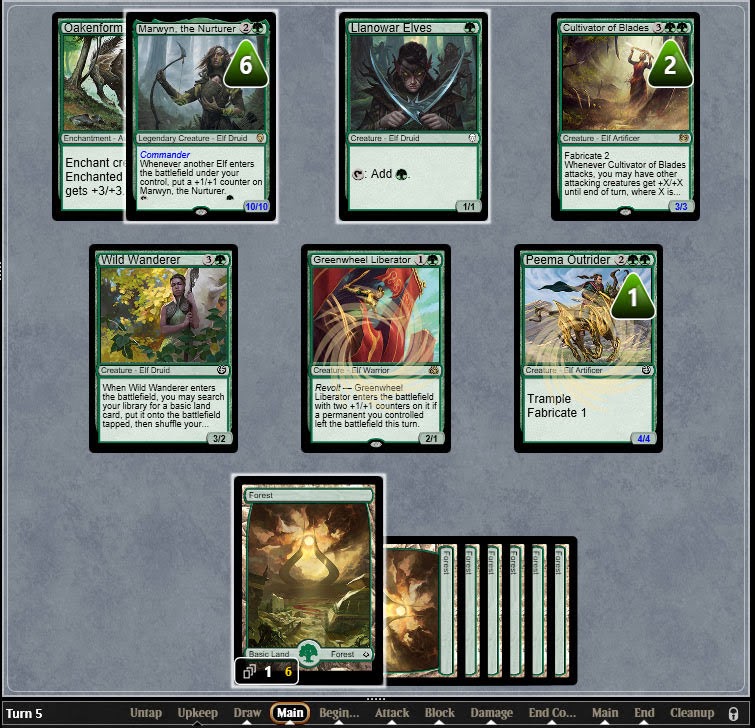 Vanquisher's Banner is awesome. It lords the elves, and draws extra cards. What's not to like, even at 5 mana? 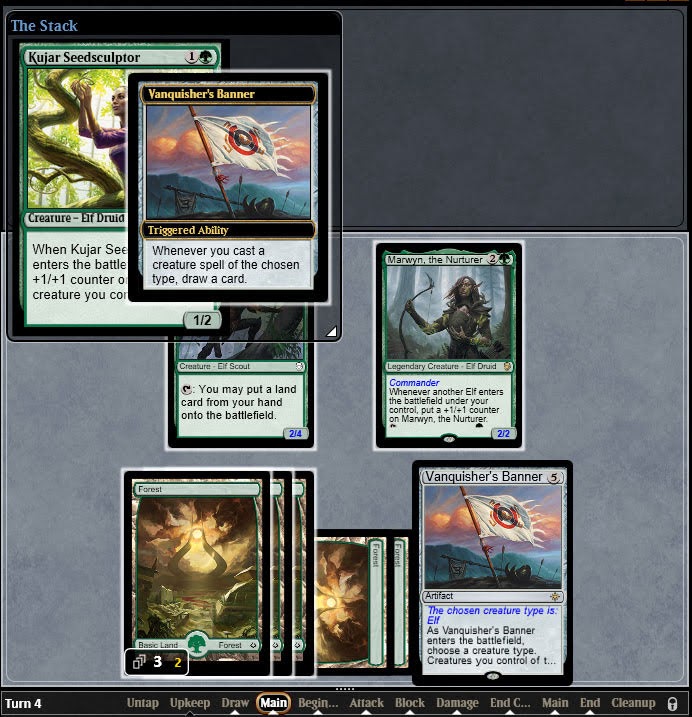 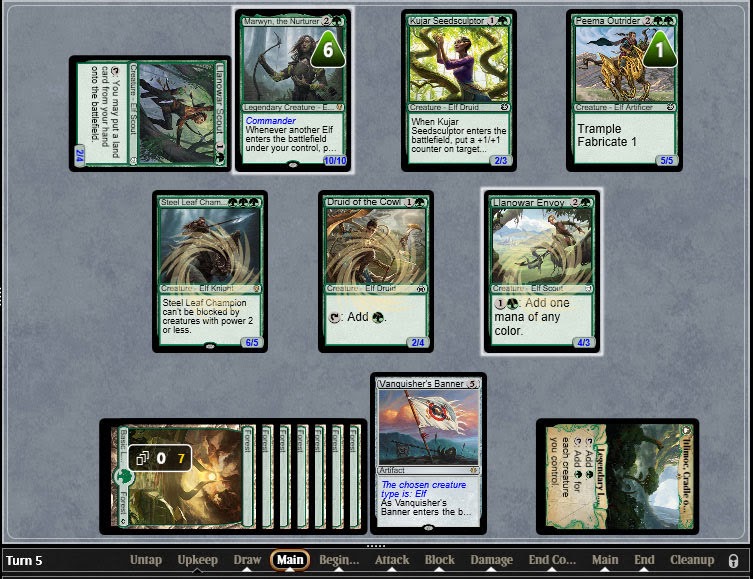