This is my first deck to build a small Kaladesh cube, mostly using Energy. 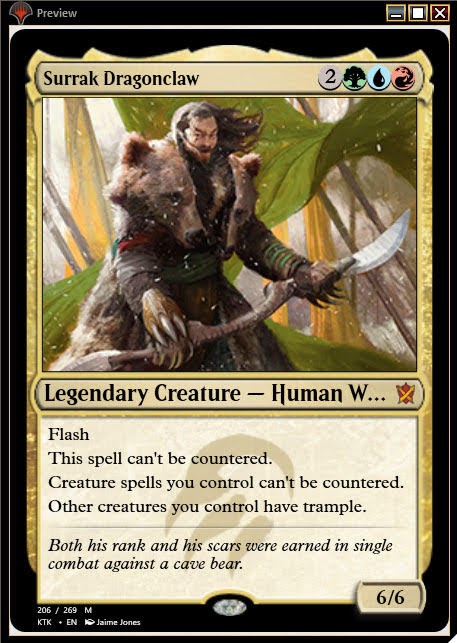 The cards in the deck and much more a playing sampler than a finely tuned deck... that is for much later. 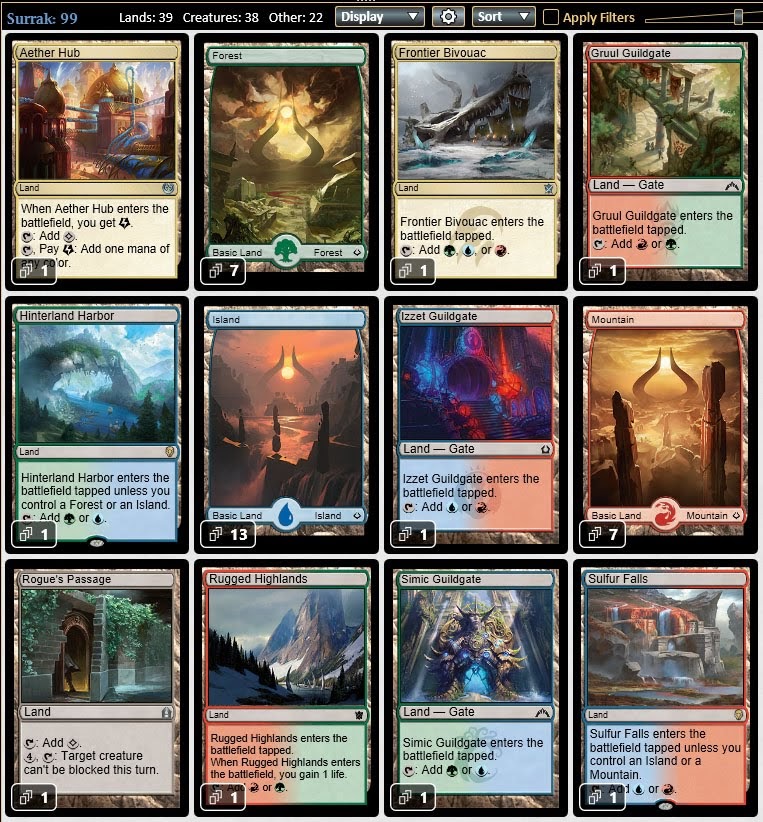 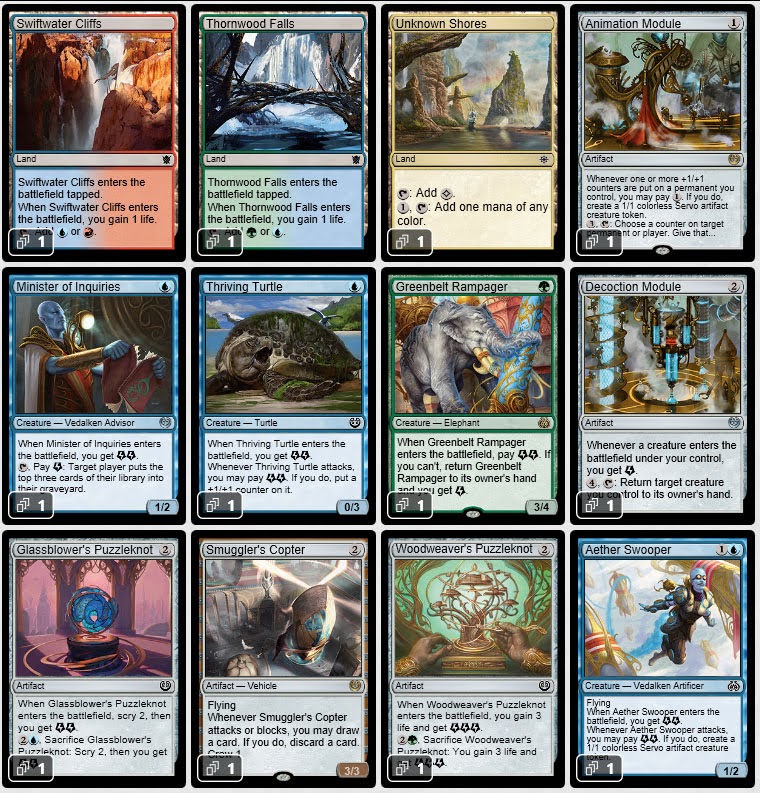 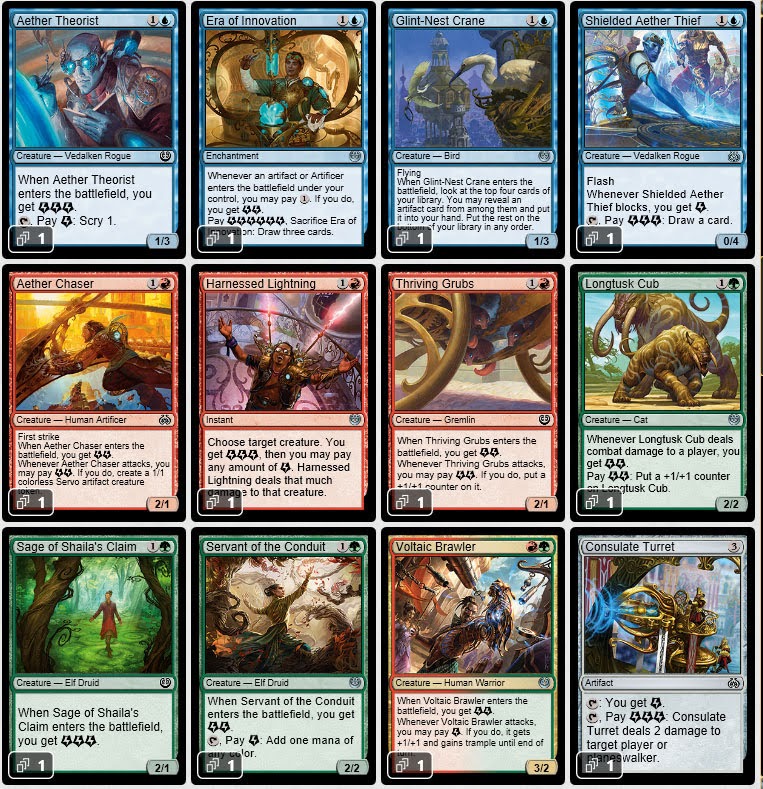 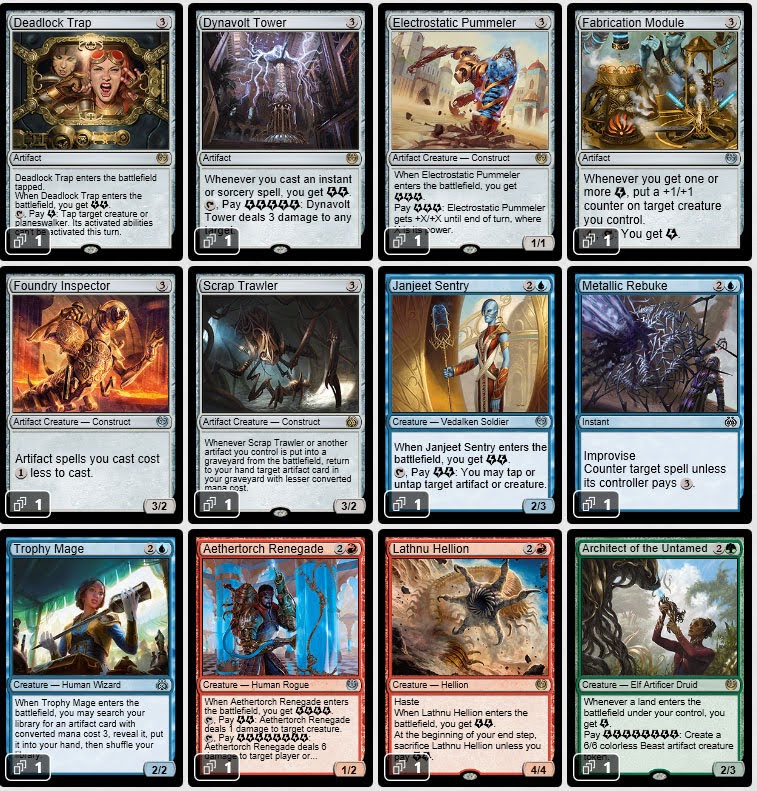 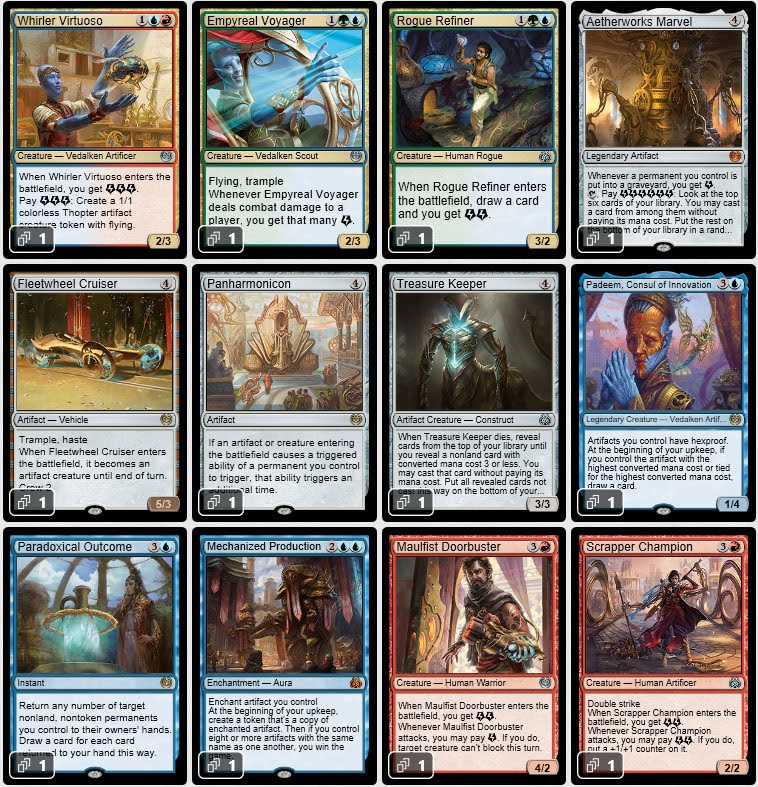 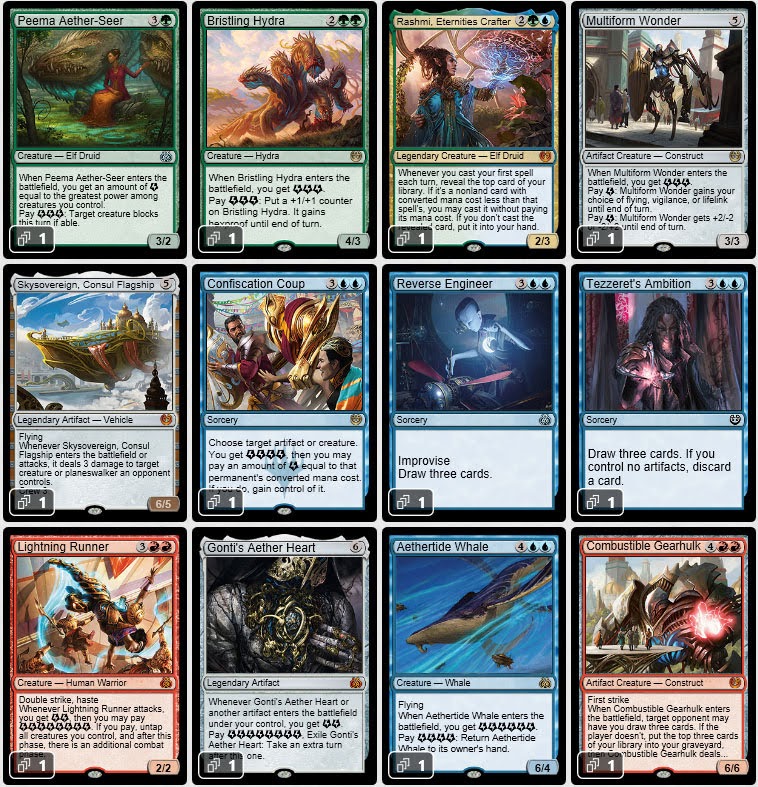 Here is the mana curve. The deck has about as much blue as red and green combined. I just picked every Energy creature, and every Energy non-creature (including artifacts), with a basis away from commons. 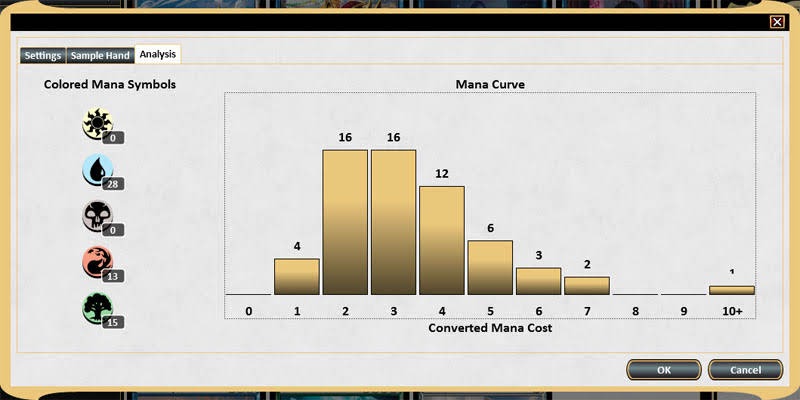 Here are a few trial hands. The deck can choke for the first two or three turns because it is running three colors with a very weak mana base. This is a testing deck to play in real life, and I am not plannin on renting the fetchlands or the shocklands online. 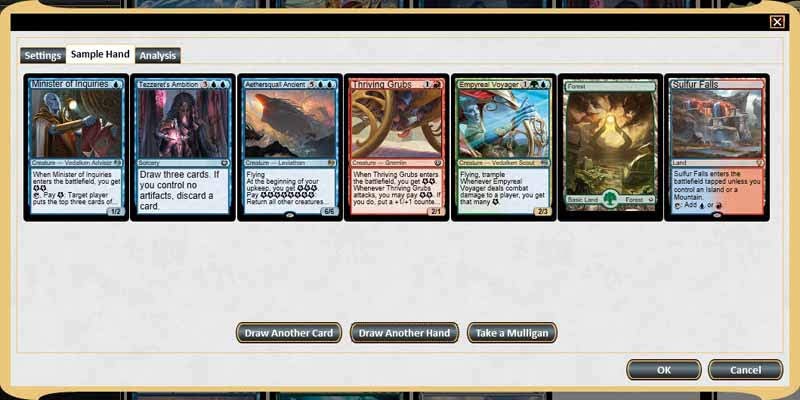 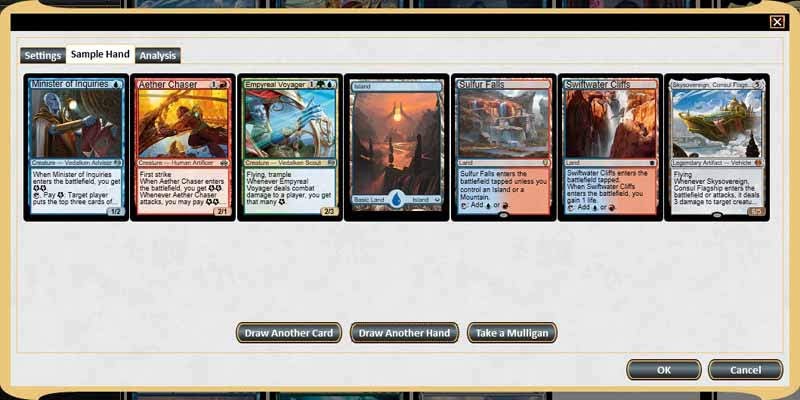 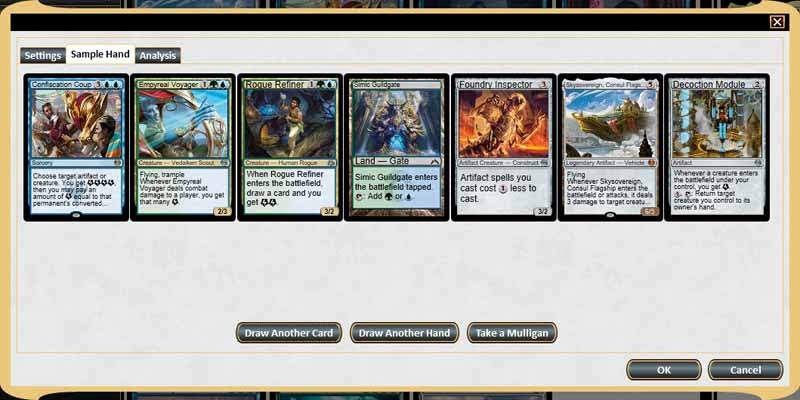 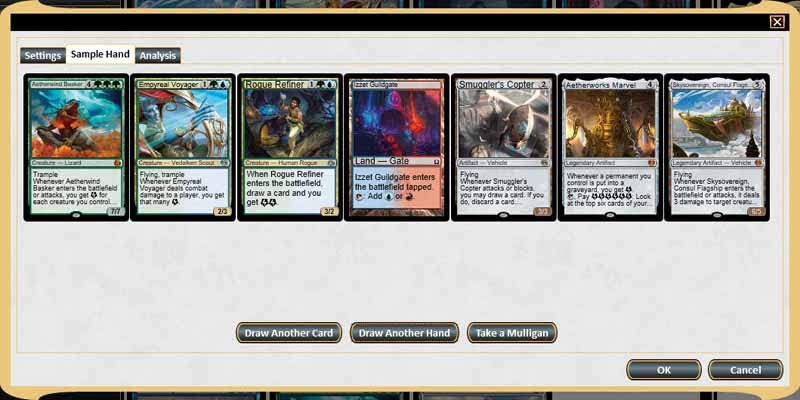 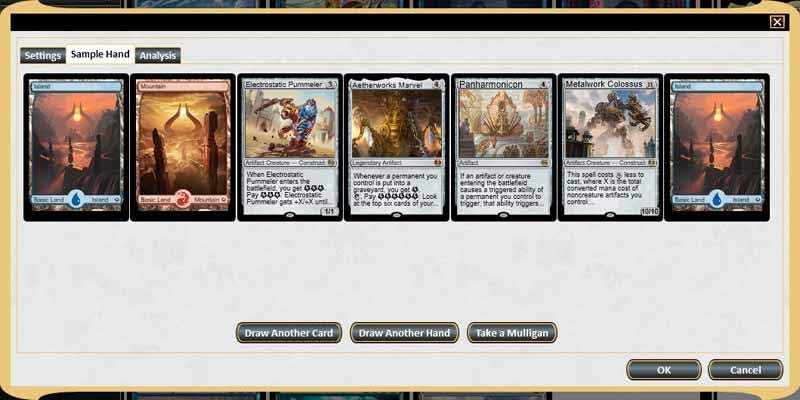 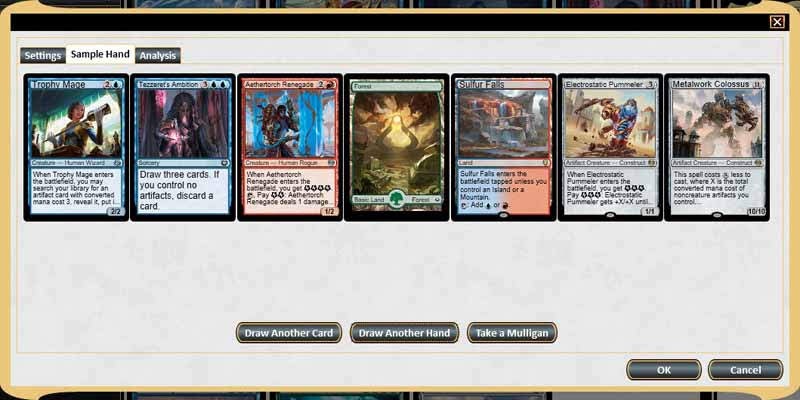 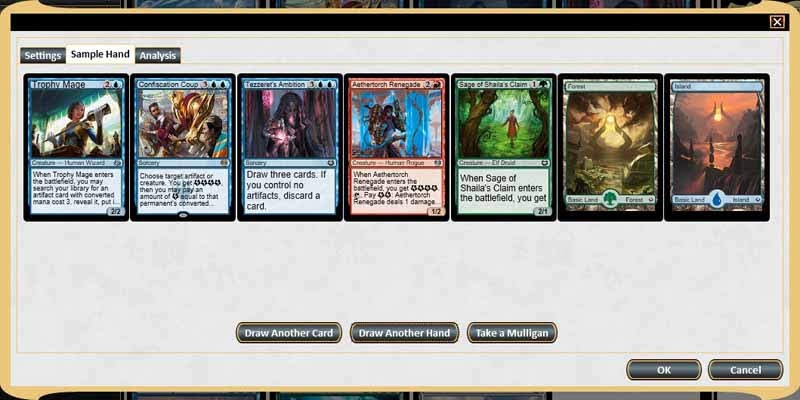 Here are some solitaire end states. I stopped when I was about to "win." In a real game, the game state would have been much different due to removals and counters. 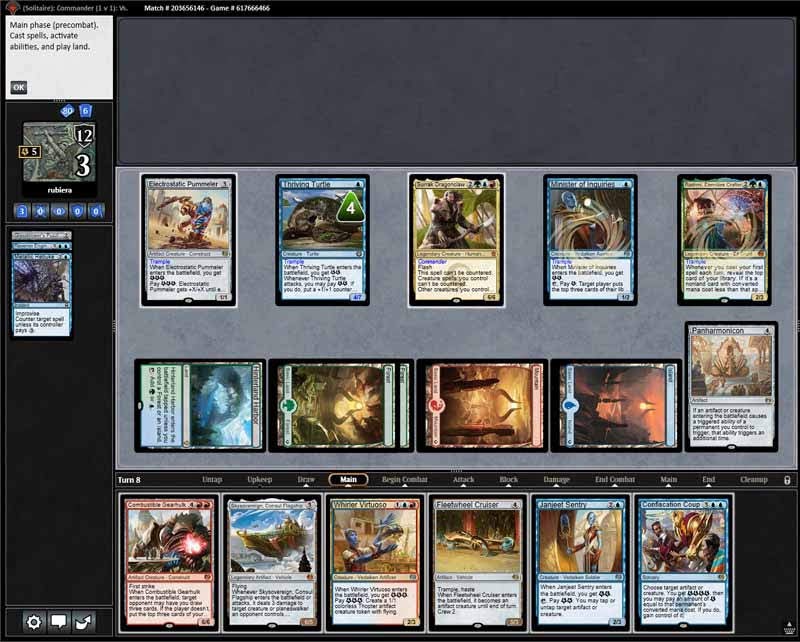 Foundry inspector can be a great boost, yet the deck is not super heavy it artifacts. 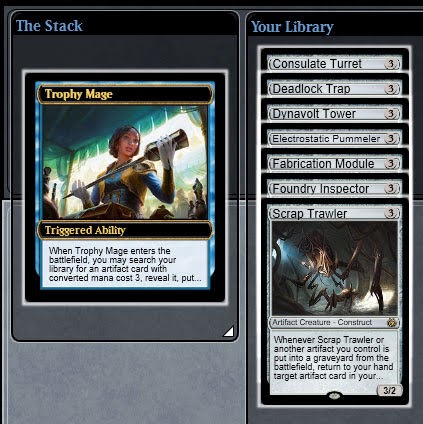 If Aetherworks Marvel does not come up, and that is most games since it is just one card in the 99 and I have no way of tutoring for it, the big critters are usually dead in my hand until late game. The deck currently has almost no mana acceleration. All of the slots are now taking by the Energy-matters cards. Once I trim those, I plan to add more mana acceleration into this deck. 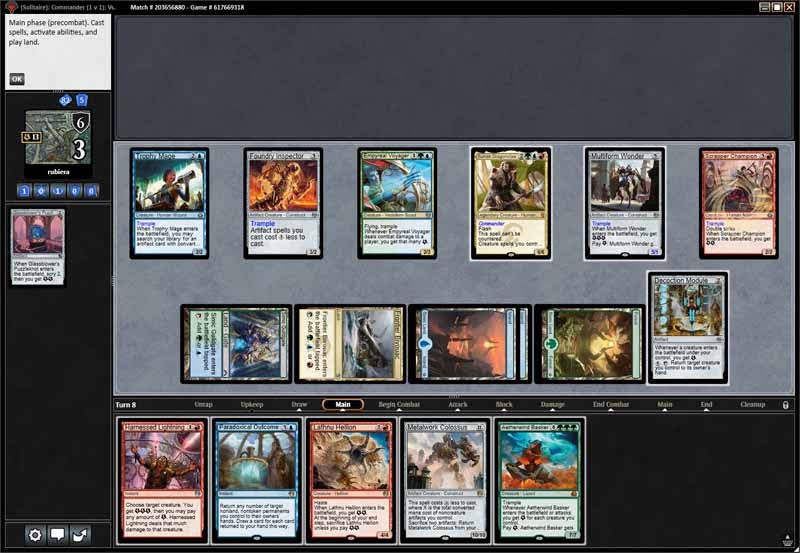 If Aetherwork Marvels resolves, a game win cannot be too far-at least based on my solitarie plays.

Padeem is also really good in this deck. 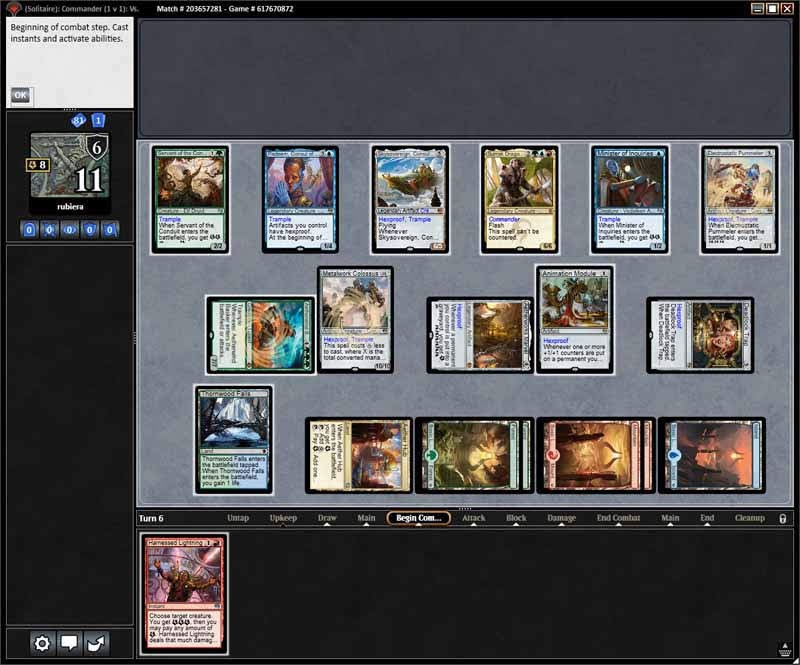