This deck requires some thinking. There are several cards that yield incremental advantages. It is also hard to pilot in solitaire because there's no "other player" to abuse. Still, it's a really fun deck. 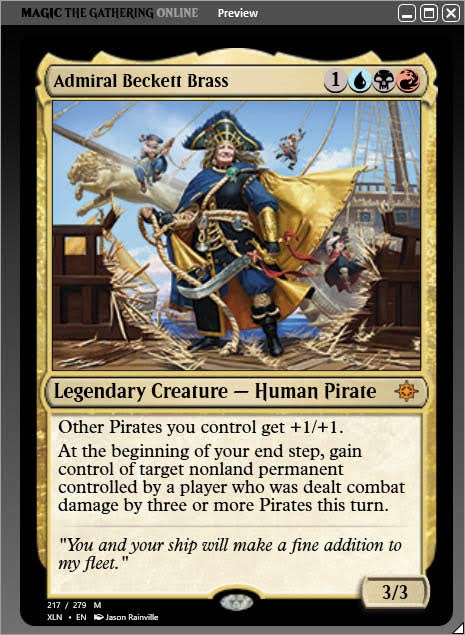 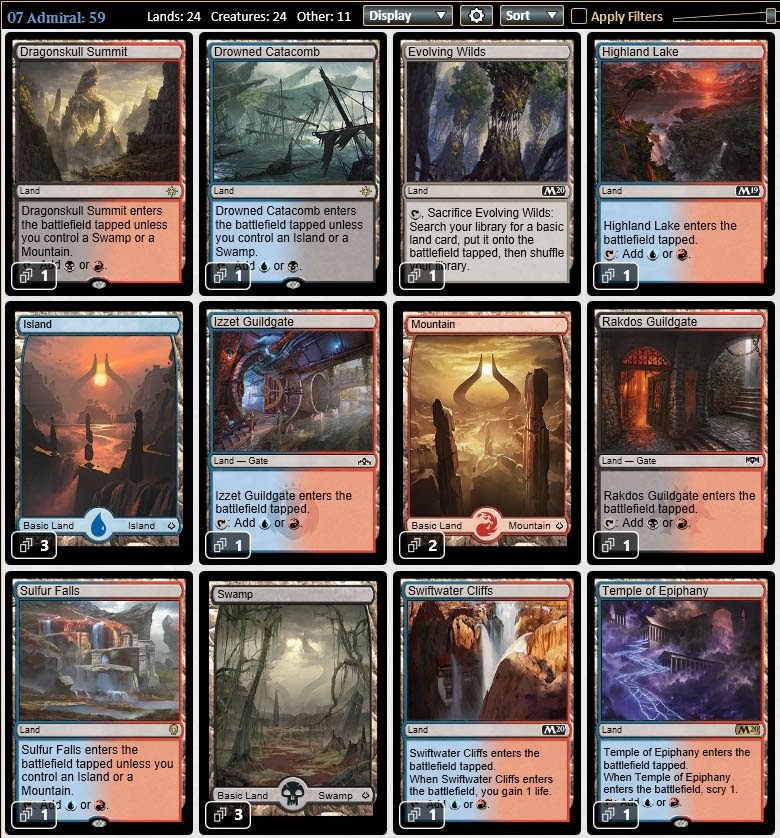 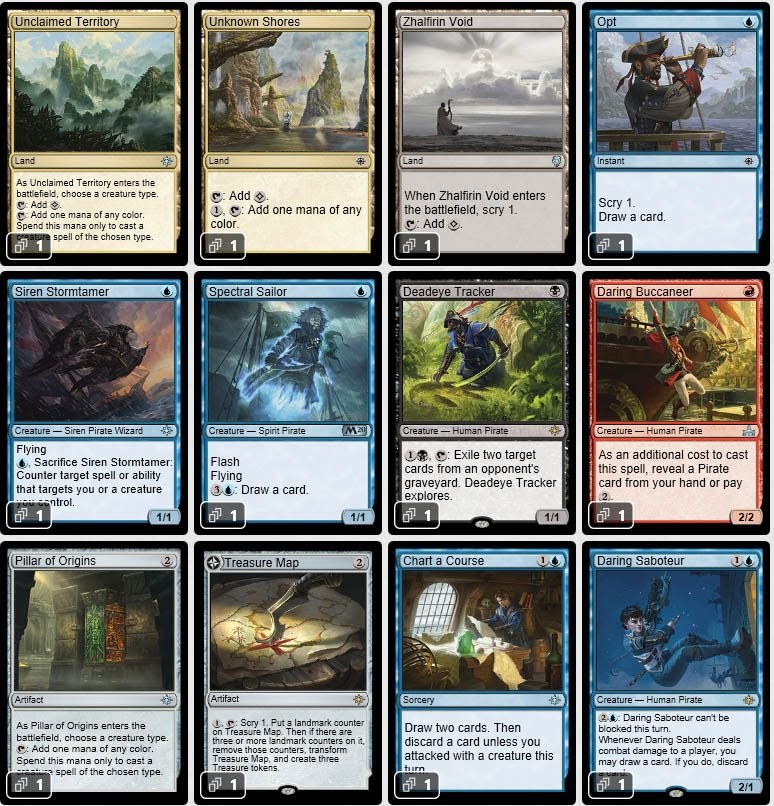 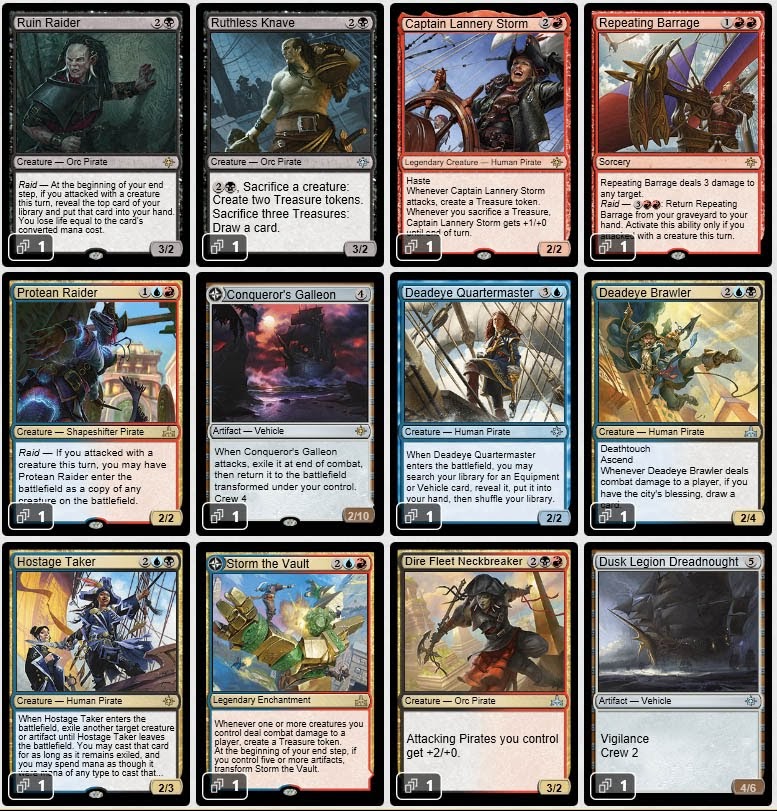 The tribal artifacts have been more important in this deck than I thought they could be. The Forerunner also surprised me: pinging for 1 a lot does add up. 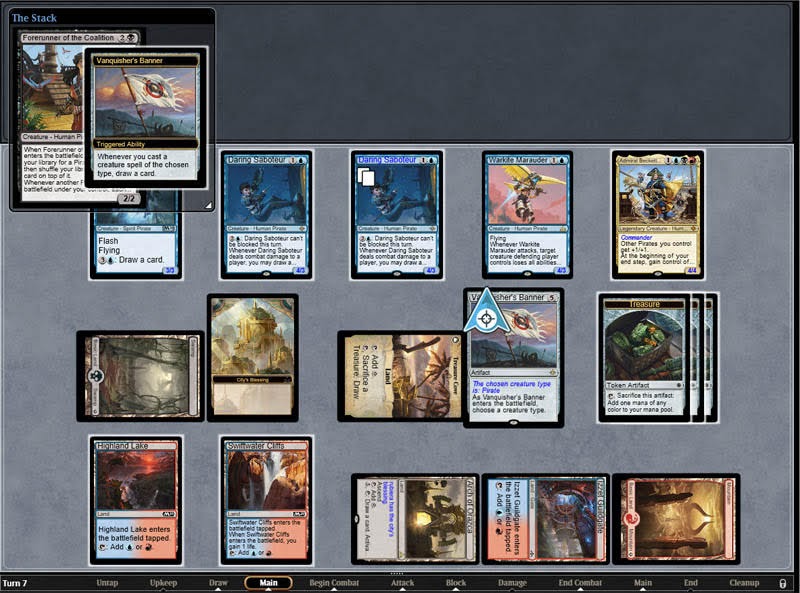 An early solid board. 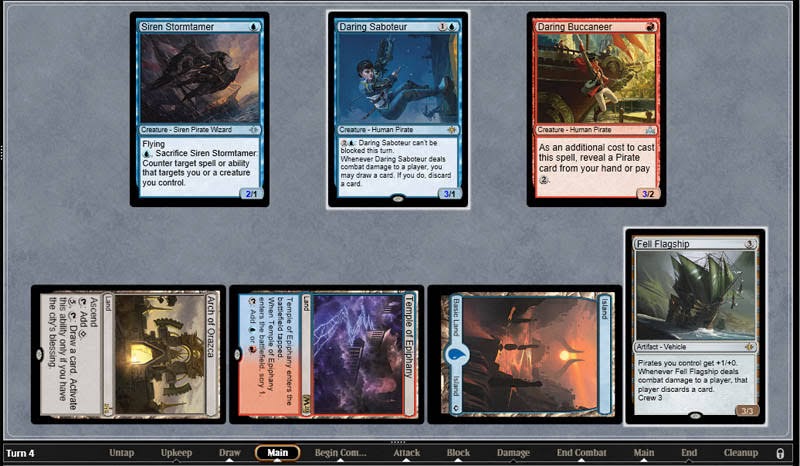 I am still misusing Protean Rider. I think it's a much better play to copy a stronger creature later game. 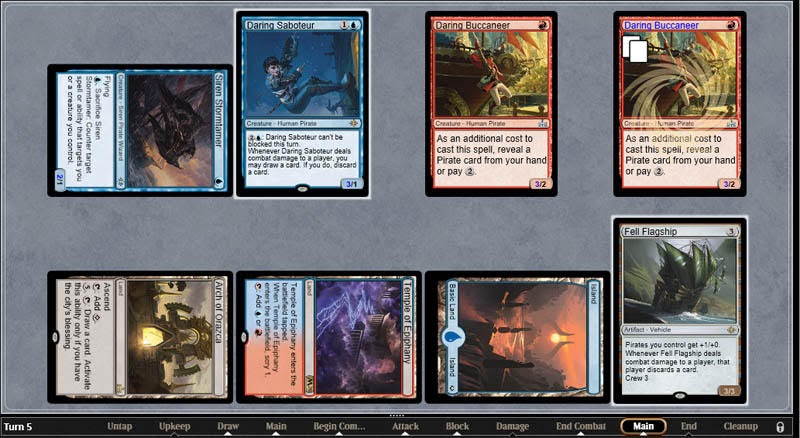 Felg Flagship causes opponent to discard: can be a really good effect. 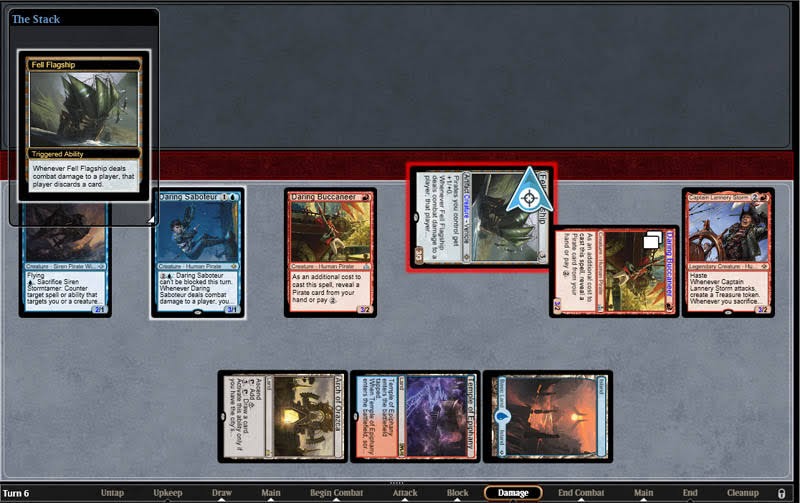 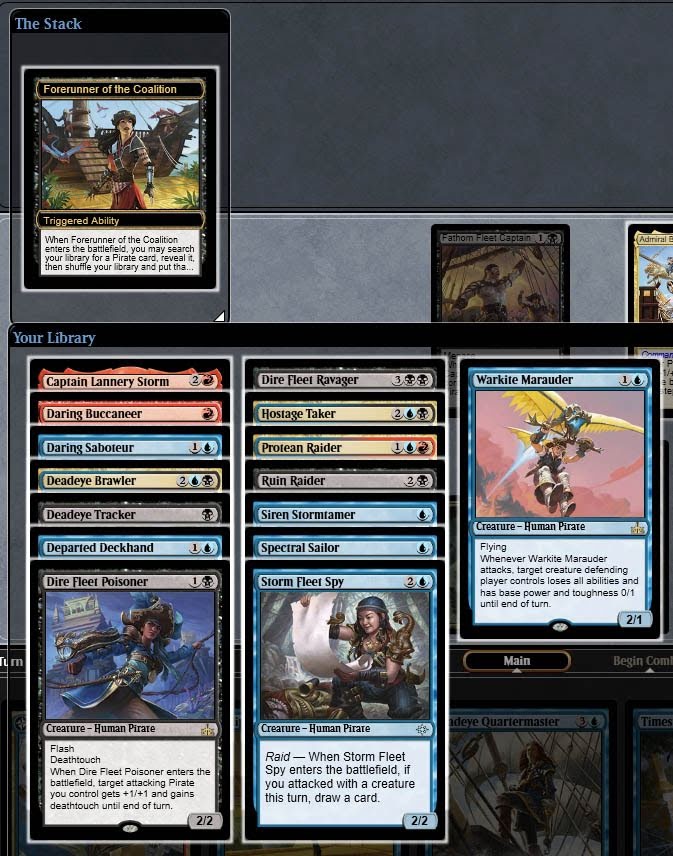 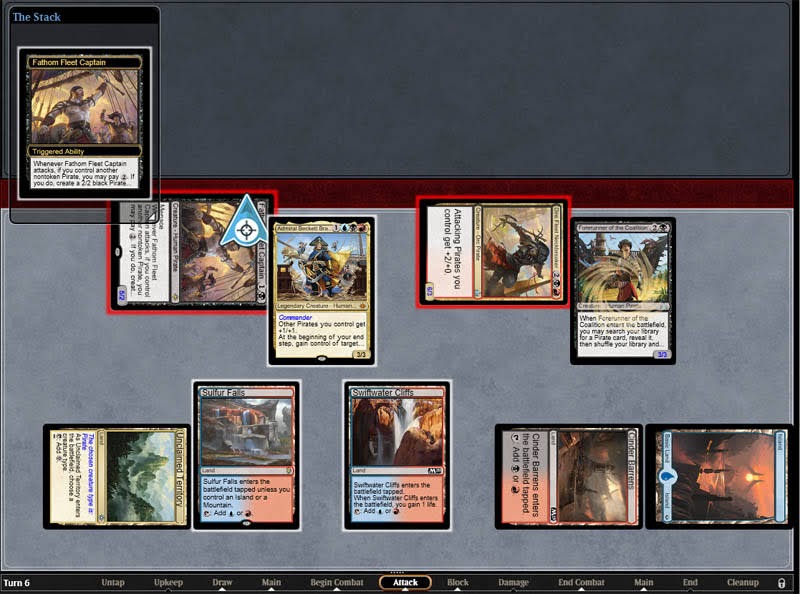 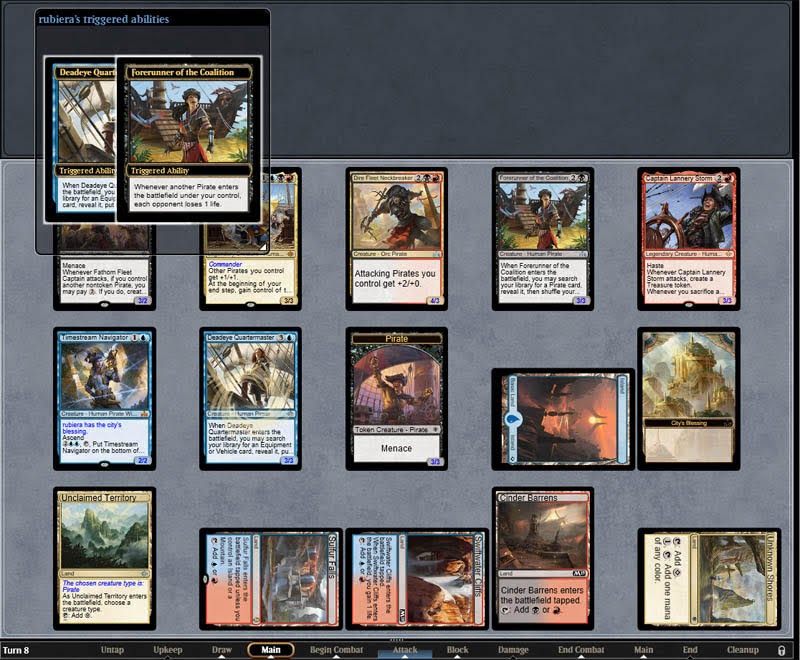 Attacking is what this deck does best, and it's how all relevant triggers work for it. 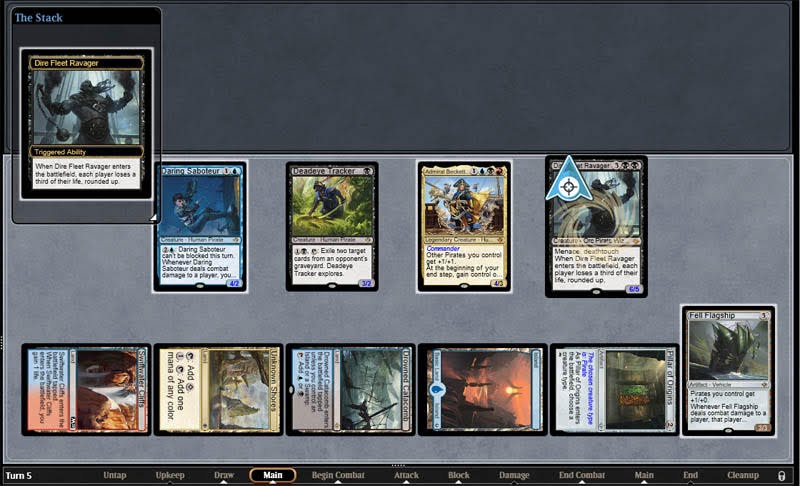 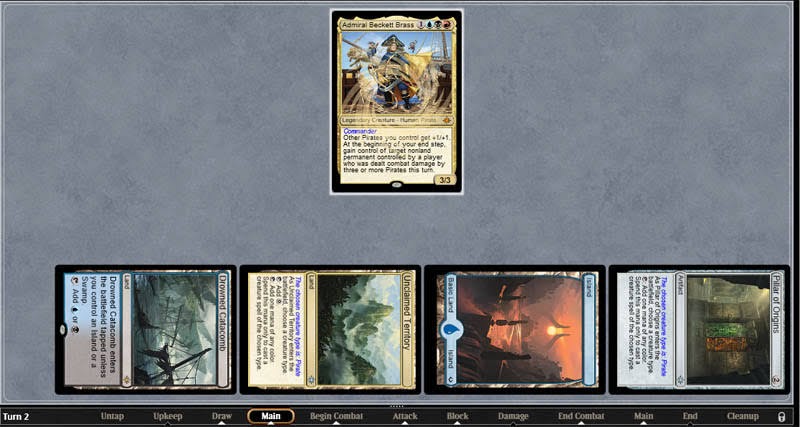 Ruin Raider can draw a lot of cards. I may need a source of life gain to offset the loss. It helps that I do not have any heavy casting cost cards. 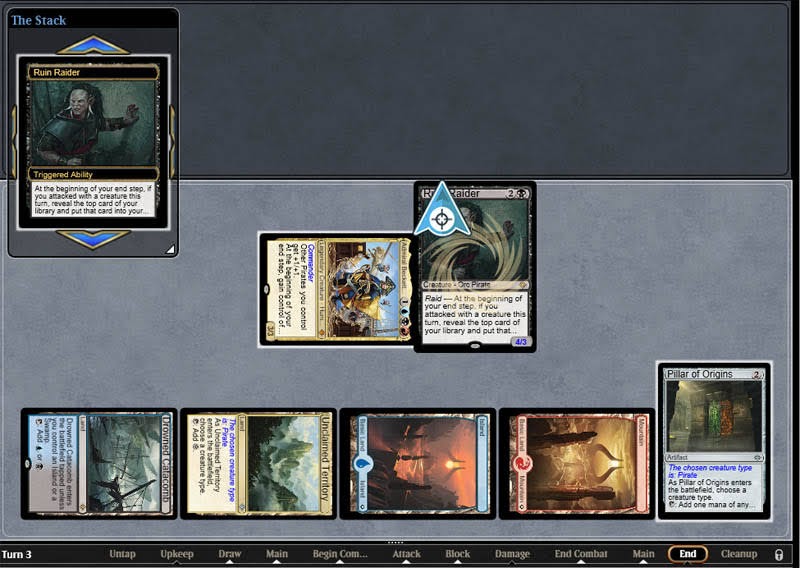 The Banner comes in late for a Brawl game, but if the game has drawn out, the extra card draw is fantastic. 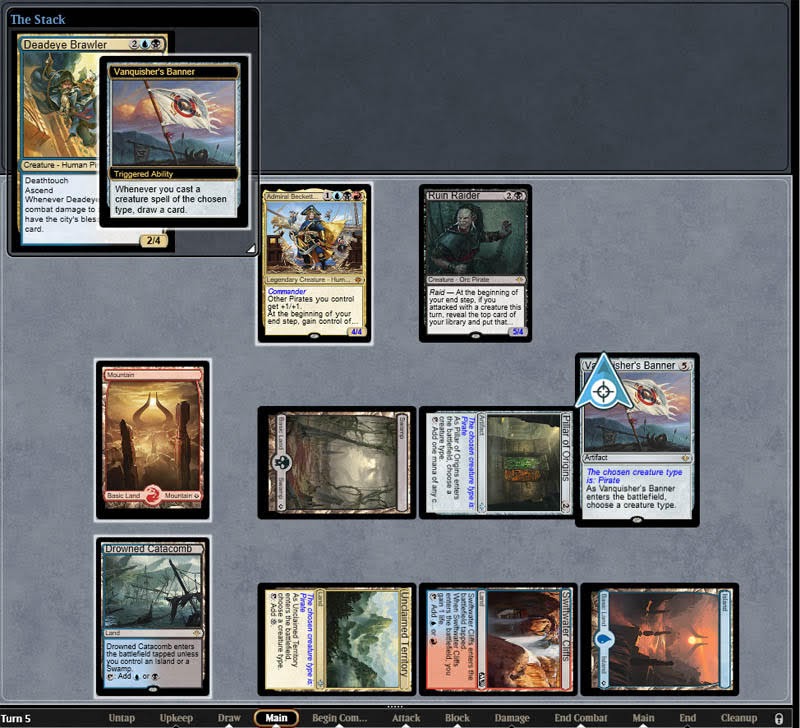 It helps to have low cost instants and sorceries to free cast with Dire Fleet Daredevil. 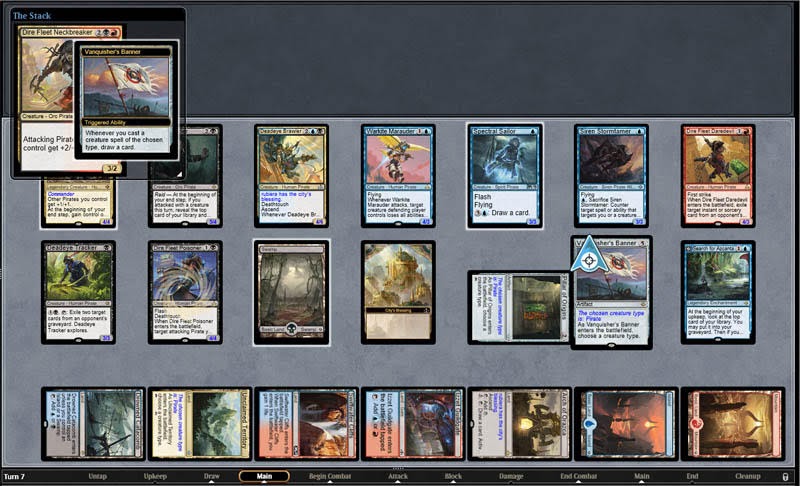