I have been having some fun in solitaire with this casual deck. At some point I plan to get Animar on paper, but not this Summer. 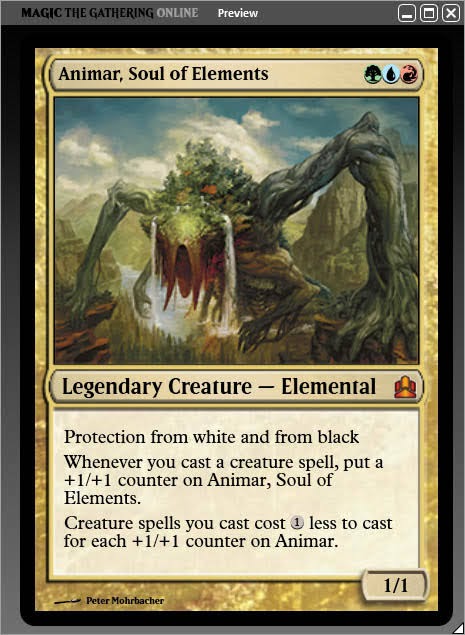 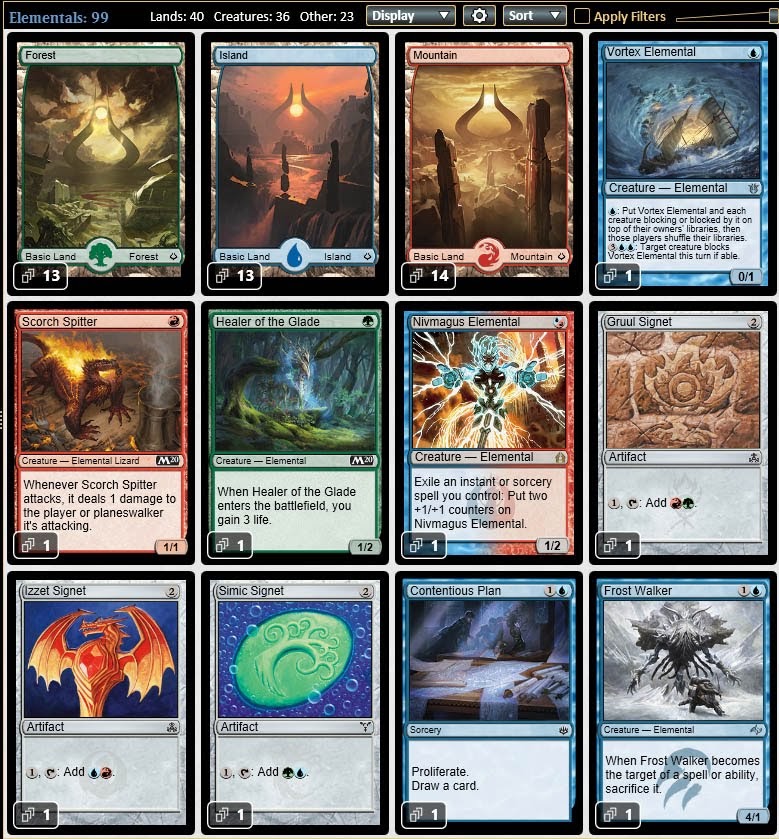 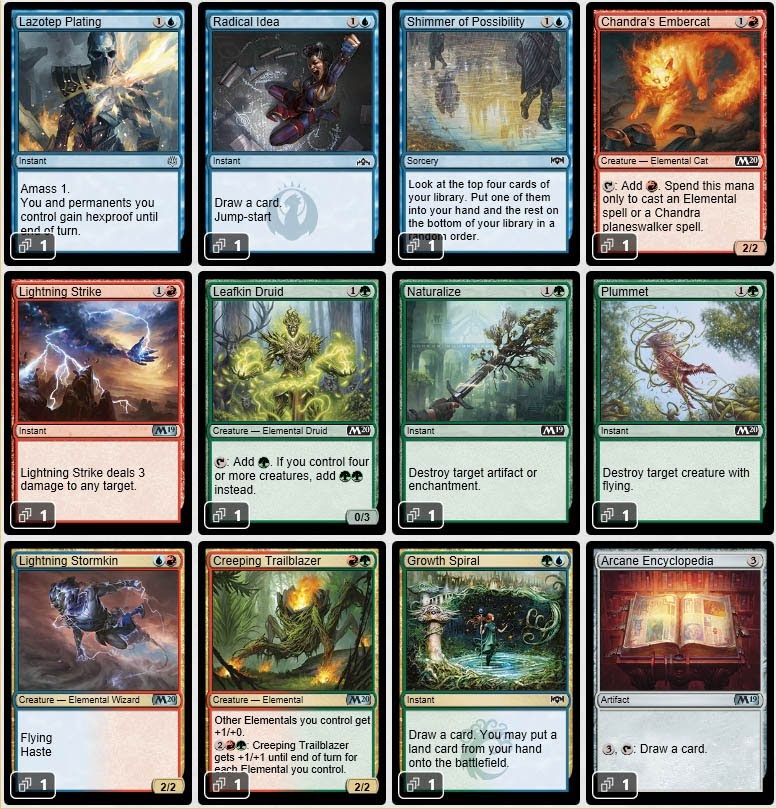 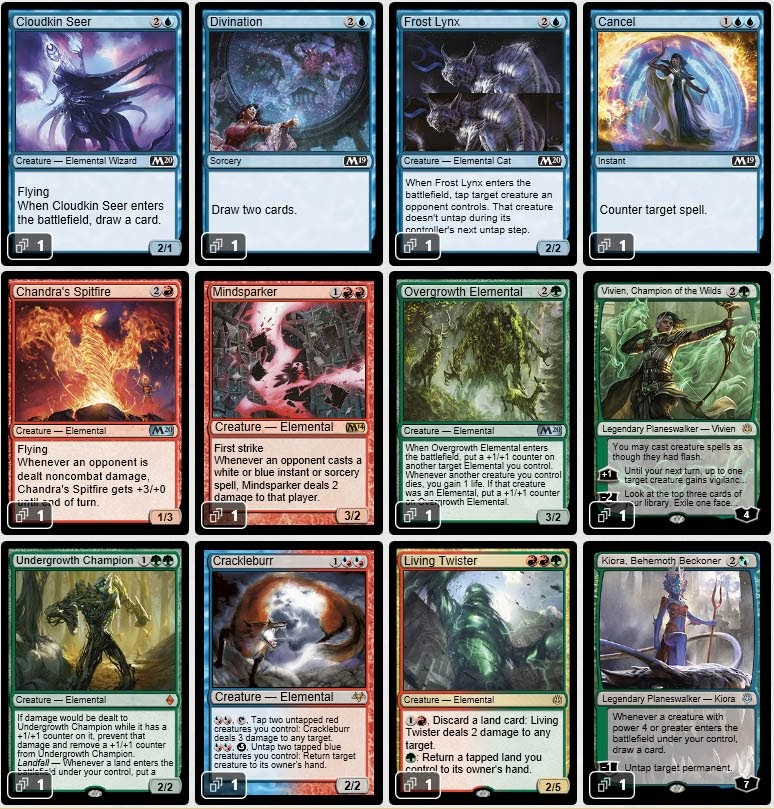 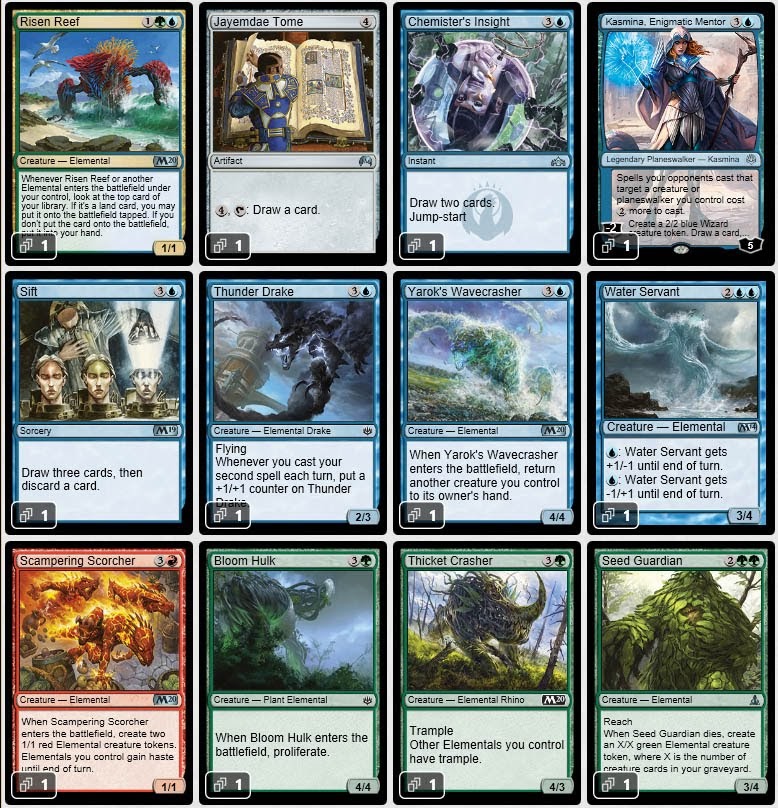 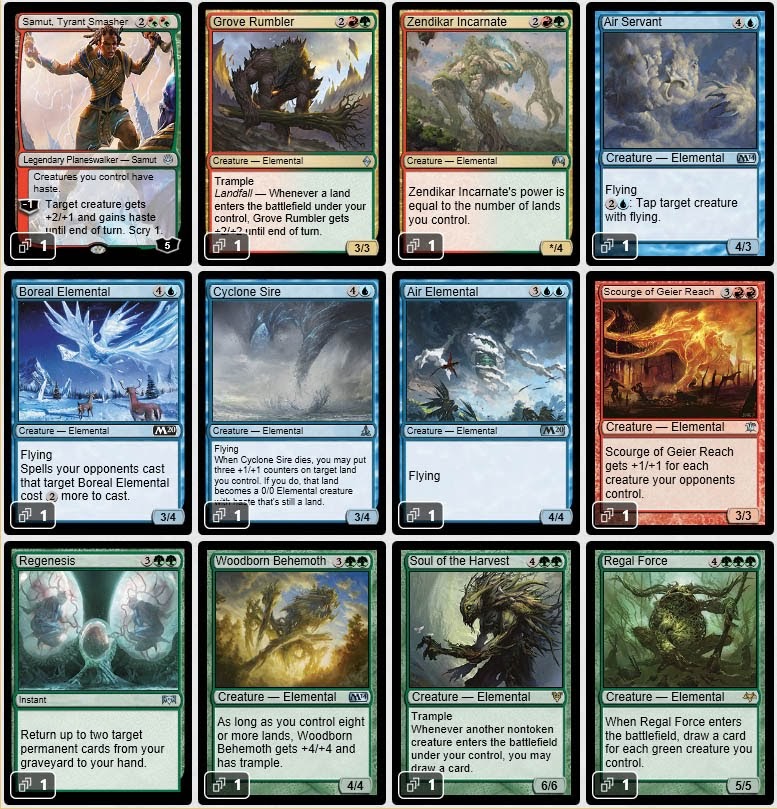 Once you cast a few creatures (they don't have to be Elementals!!), Animar is letting you cast them only for their colored mana costs. It's addictive, and the reason why it's a $20 commander on paper. 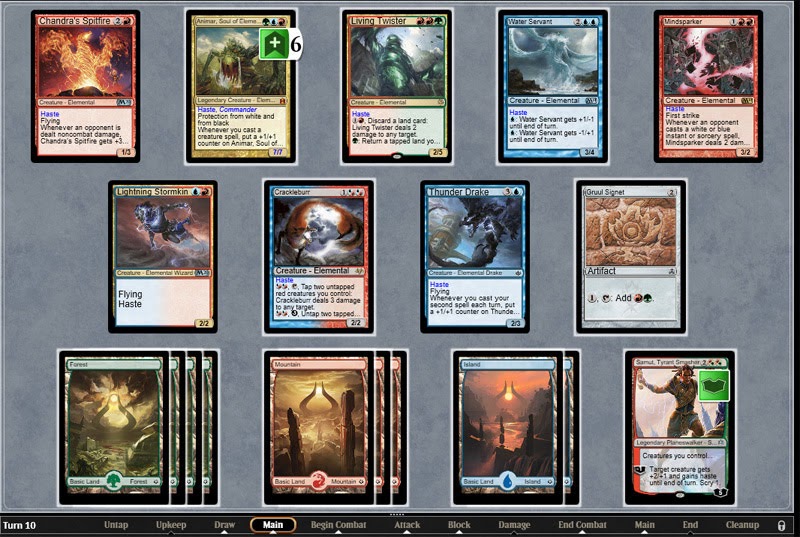 Kiora is a big help to untap a land. Three color decks are more mana-restrictive. 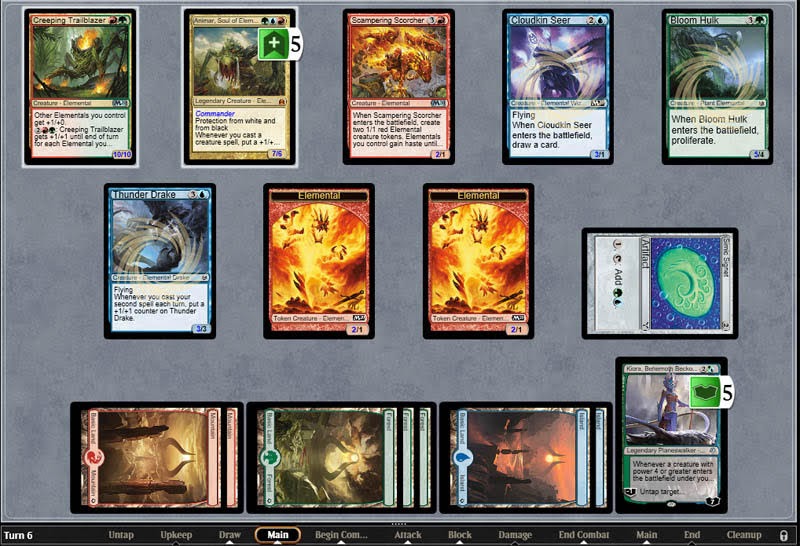 Thunder Drake gets counters easy in this deck. 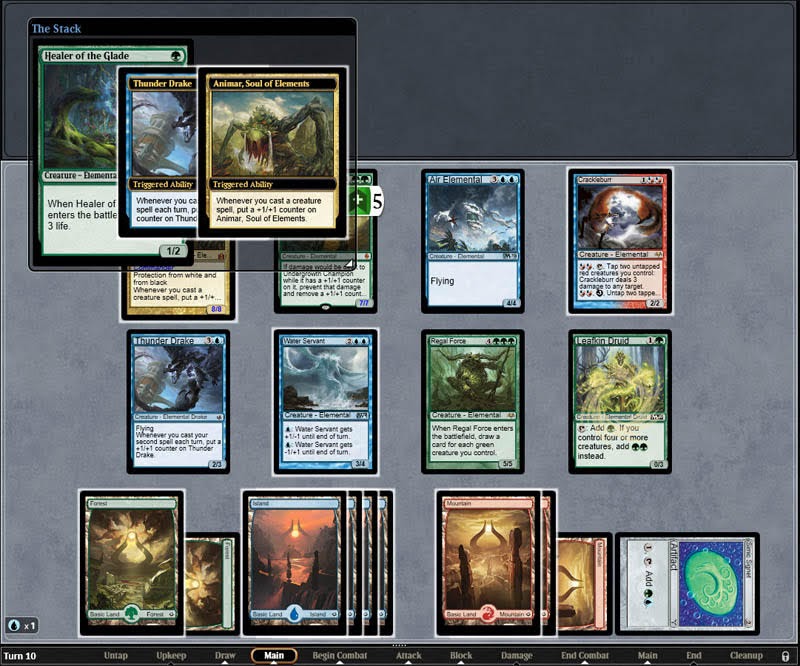 And Overgrowth Elemental allows you to put a counter on a creature without one to abuse later with Populate (although this current build is not abusing Proliferate). 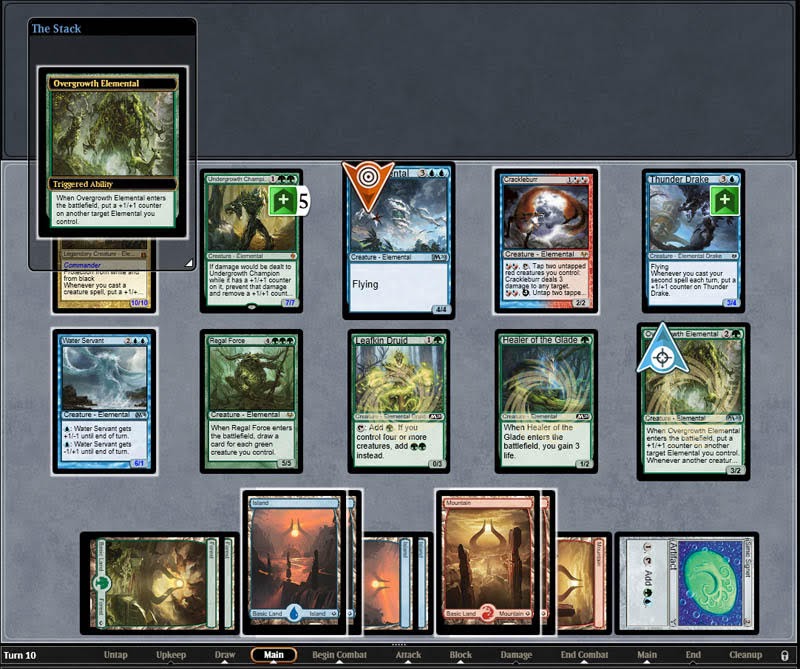 Another situation where any large Elemental gets almost free-casted. 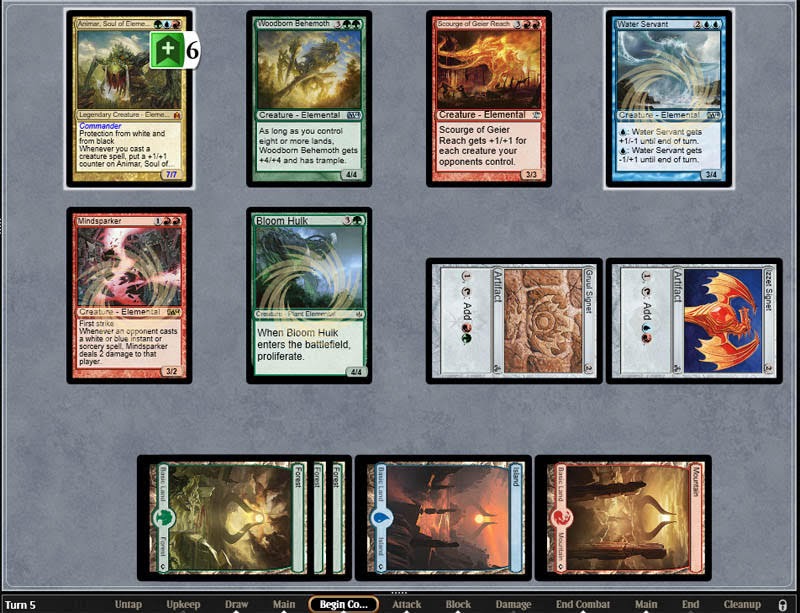 Low mana Elementals are great for boosting Animar in the early game. 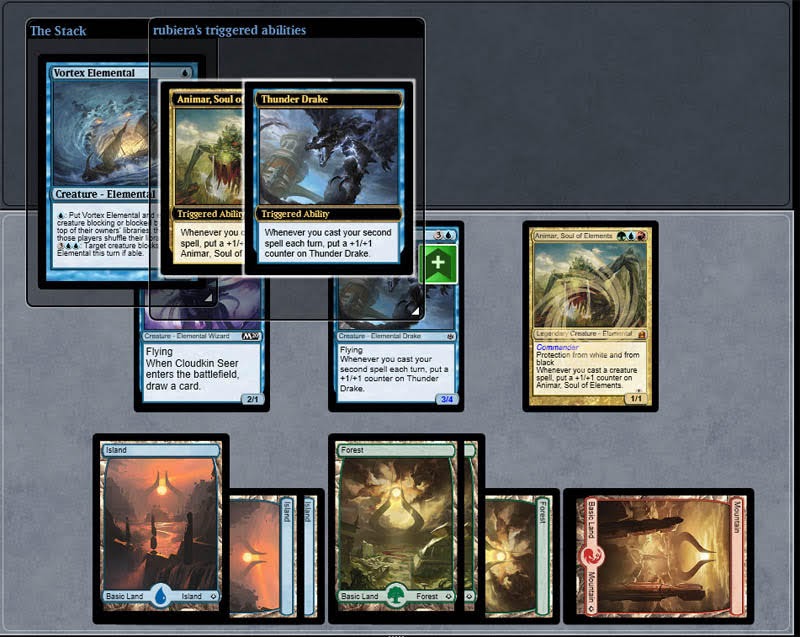 Risen Reef is really good in this deck. It really does not have an upside. 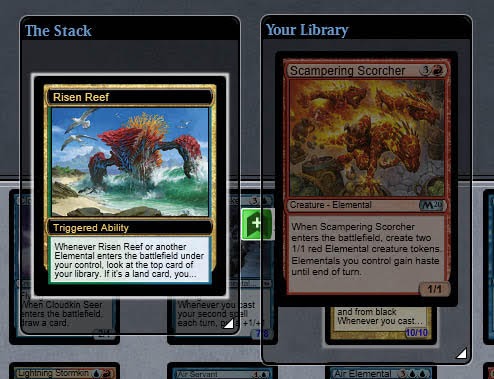 Any card that enters by dropping tokens can be used to abuse Risen Reef. 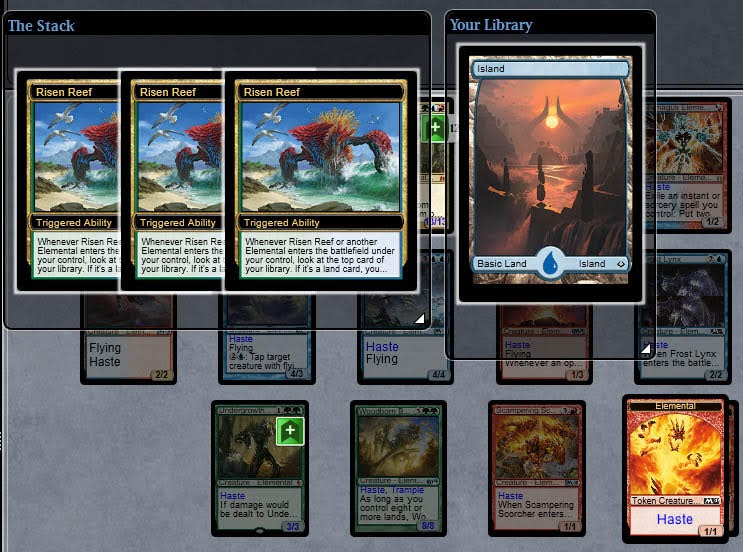 After enough Risen Reef abuse, I am loaded up with tons of additional lands, and additional Elementals. 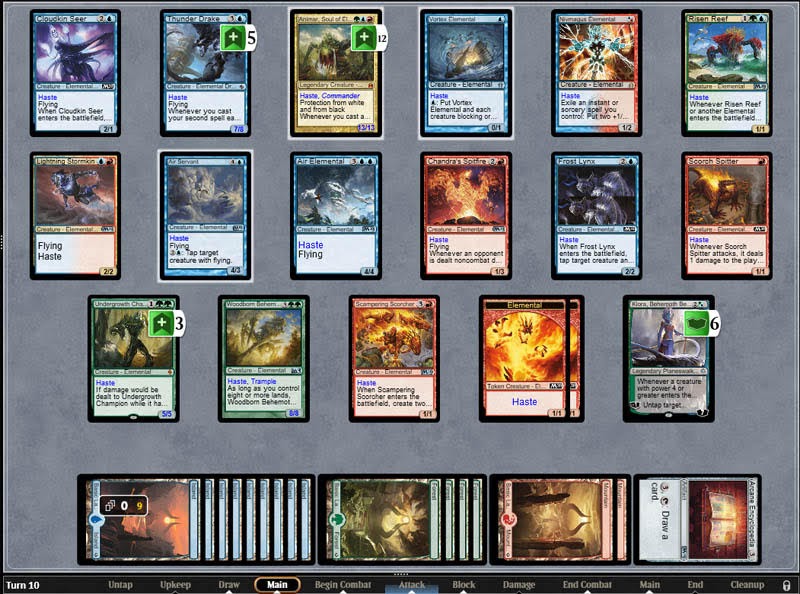 Another awesome card in this deck is Soul of the Harvest. It has double green mana, which can be restrictive with a casual mana base to near free-cast off Animar, and enters somewhat late in some instances, but once setup, it's quite the card drawing engine. 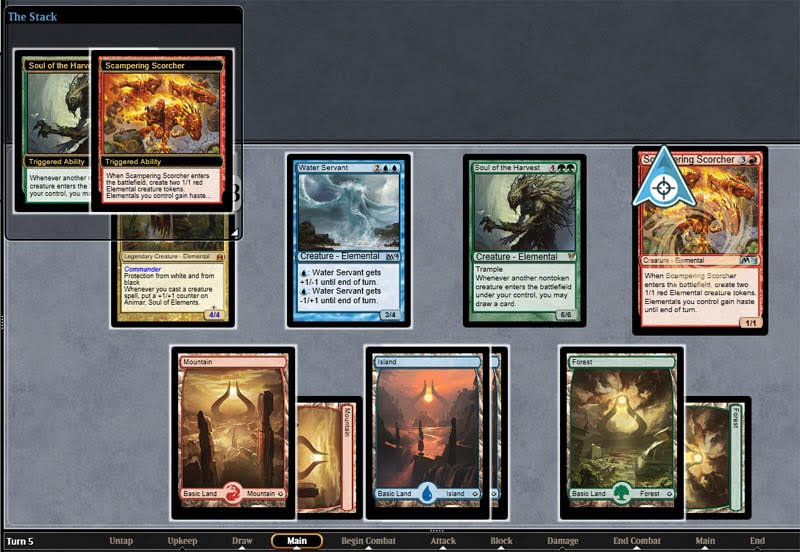 Regal Force is another card-drawing engine but triple green proved too much of a restriction in this deck. 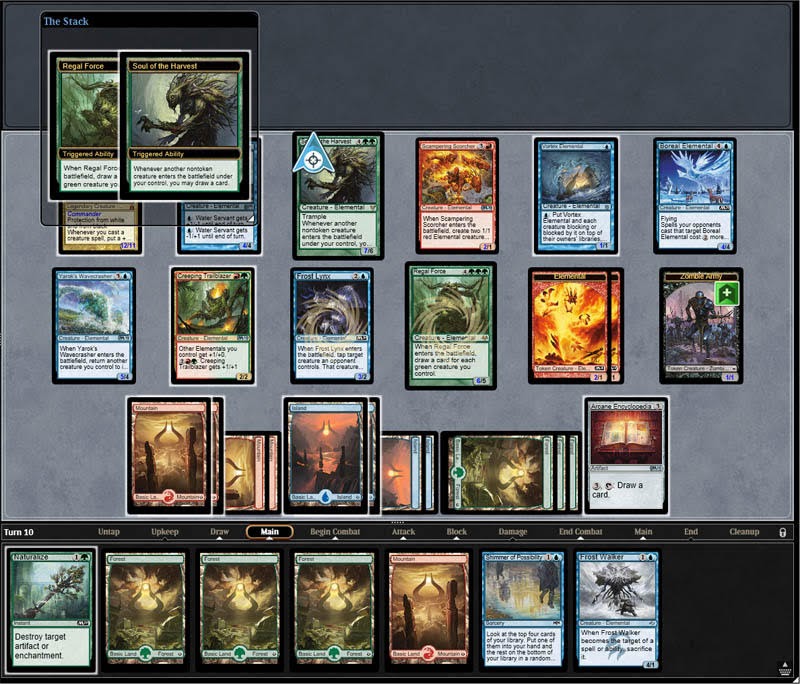 Here is the beauty of solitaire. 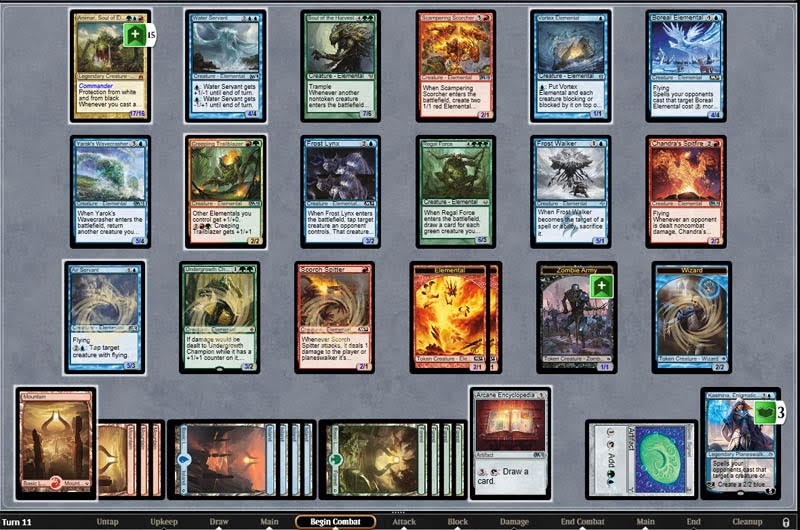 I was not able to abuse Populate that much in this build. 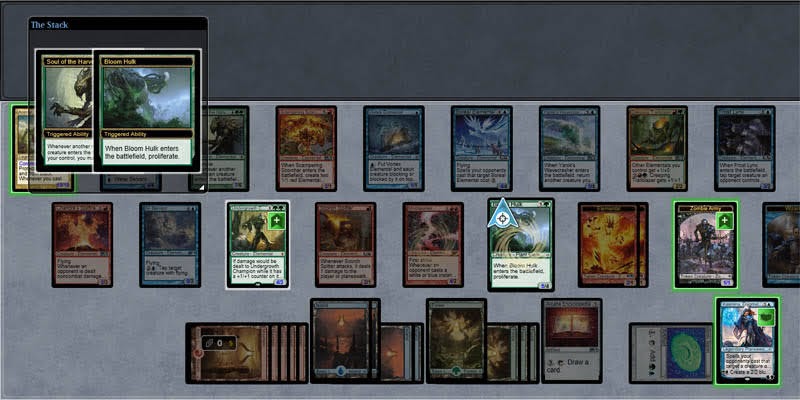 Another instance where I would have liked more token on my creatures.

In part 2 I put it more counter maker spells.
Posted by Rubiera