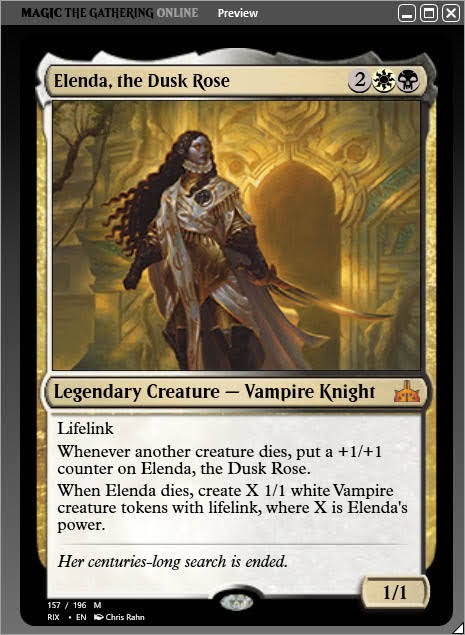 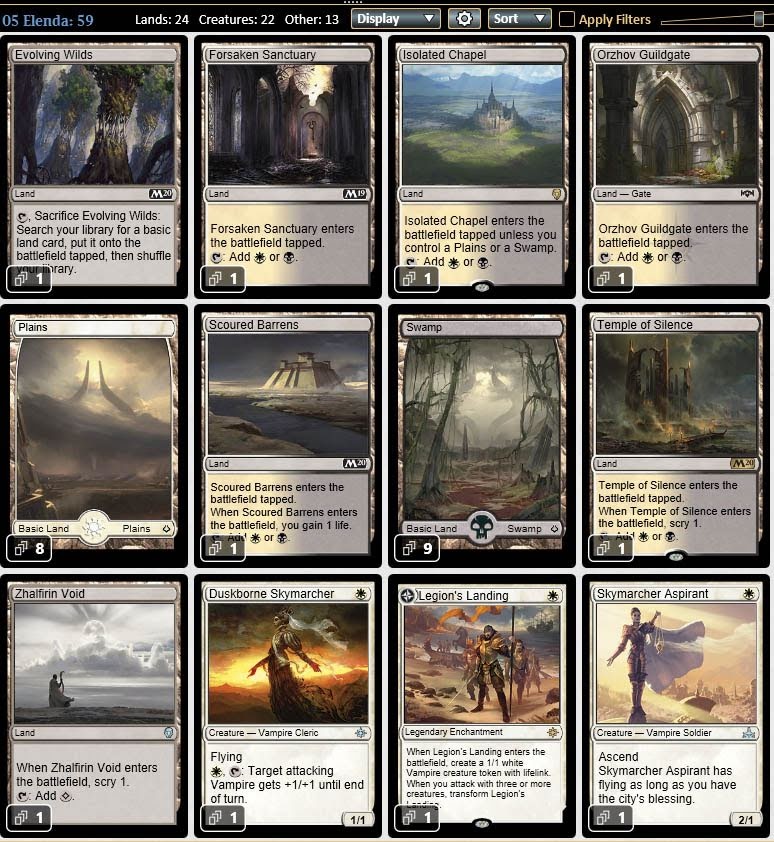 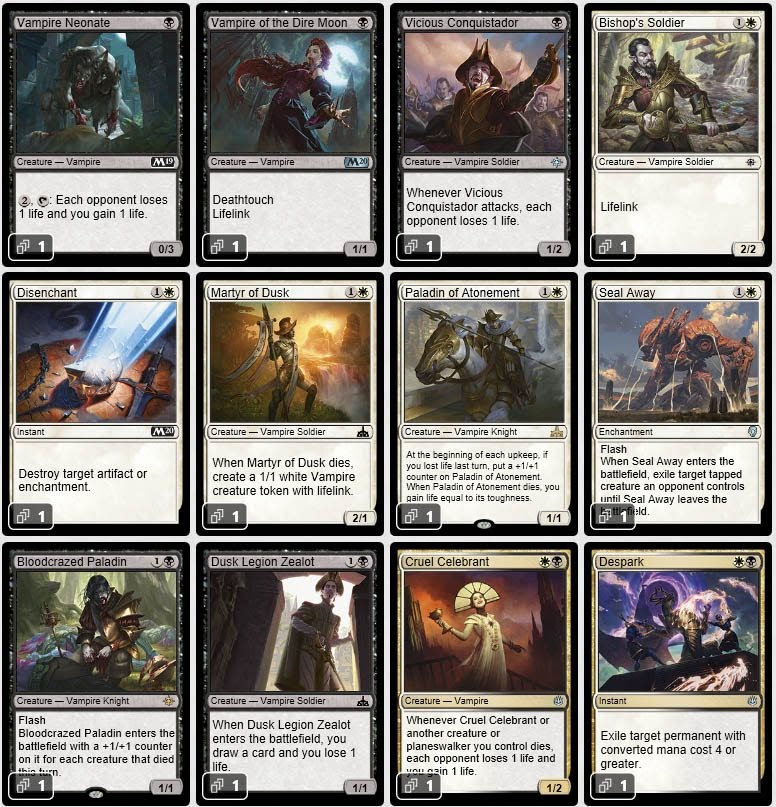 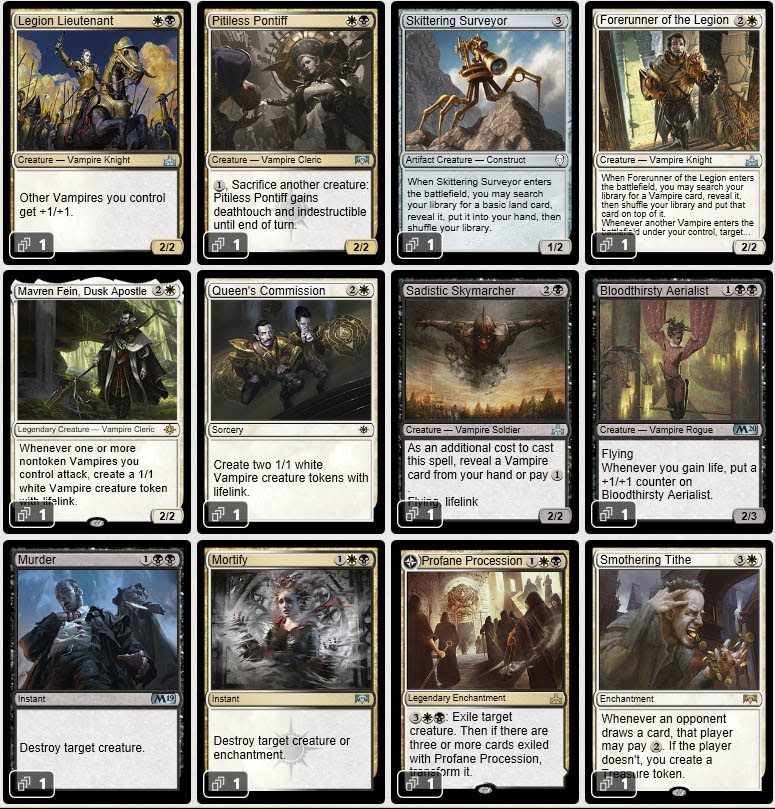 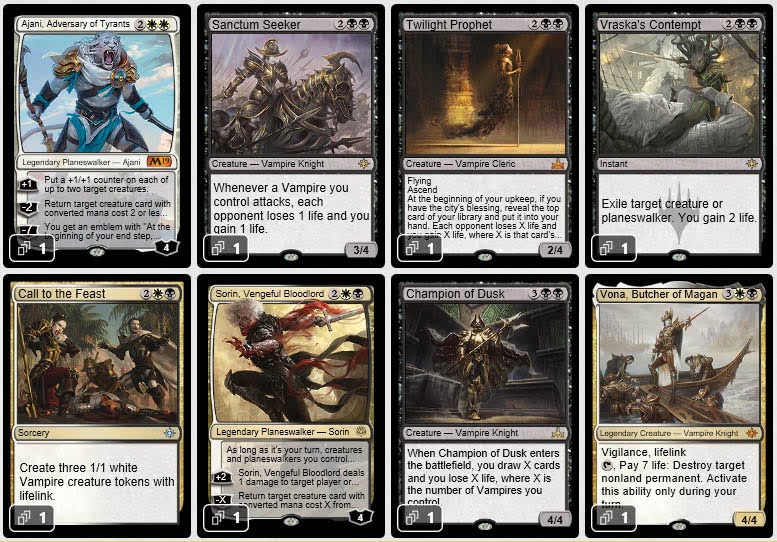 Legion Lieutenant is a good pick for tutoring. 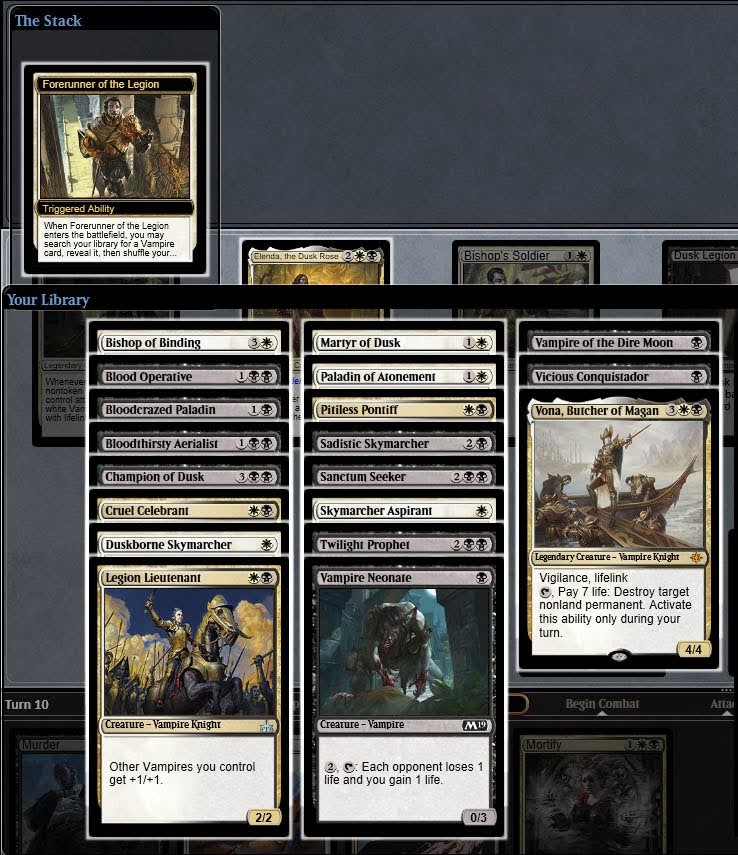 It's a fairly liner deck... drop Vampires, protect them, win (if possible). 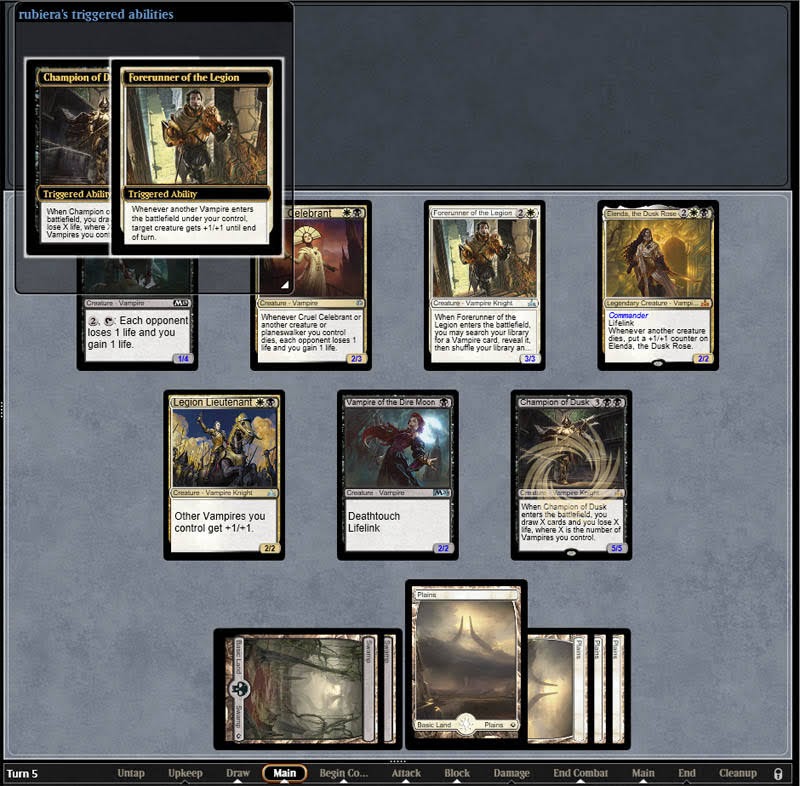 Here is a great end-of-game layout. 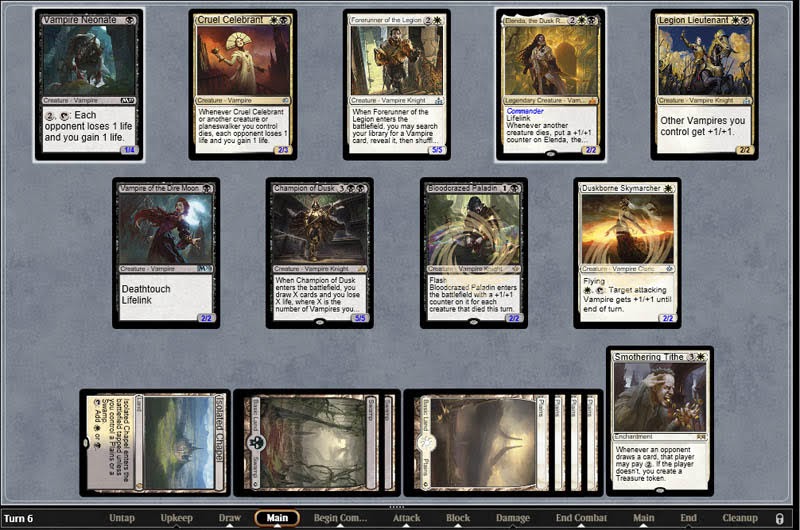 Forerunner of the Legion gives temporary boosts that come in handy. 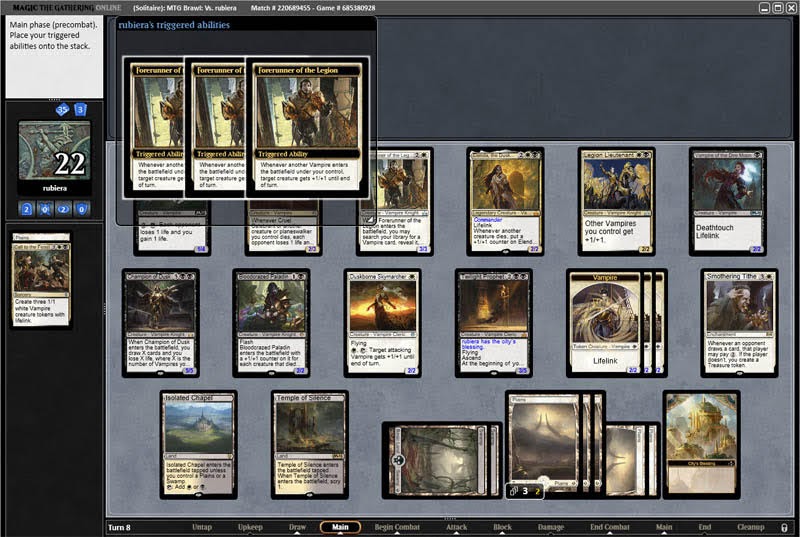 There are several Vampires in this deck with Ascend.

Champion of Dusk will draw a card for each Vampire on the board. That can be quite the draw. 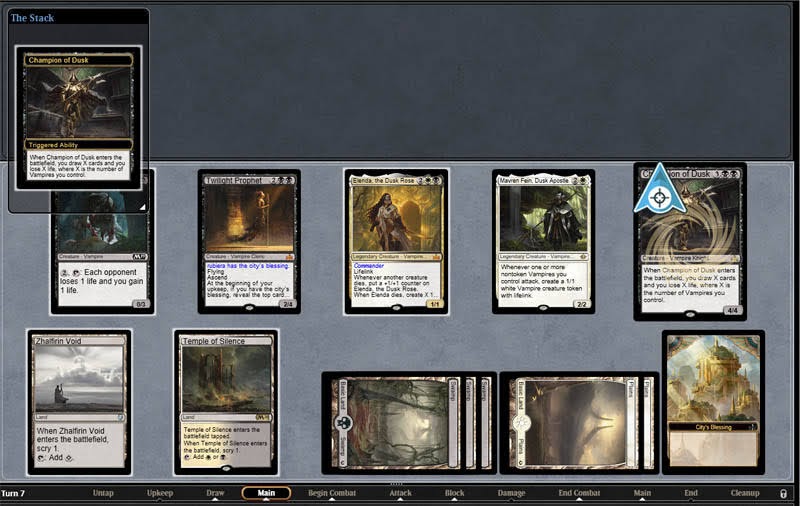 Here is the outcome. 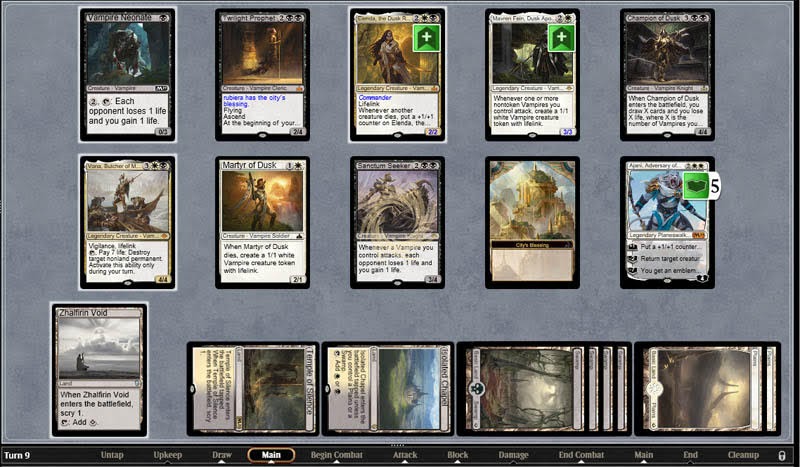 Sorin has a +2 ability. I need to remember that.

Twilight Prophet was the pick here. Double draws each turn are great! 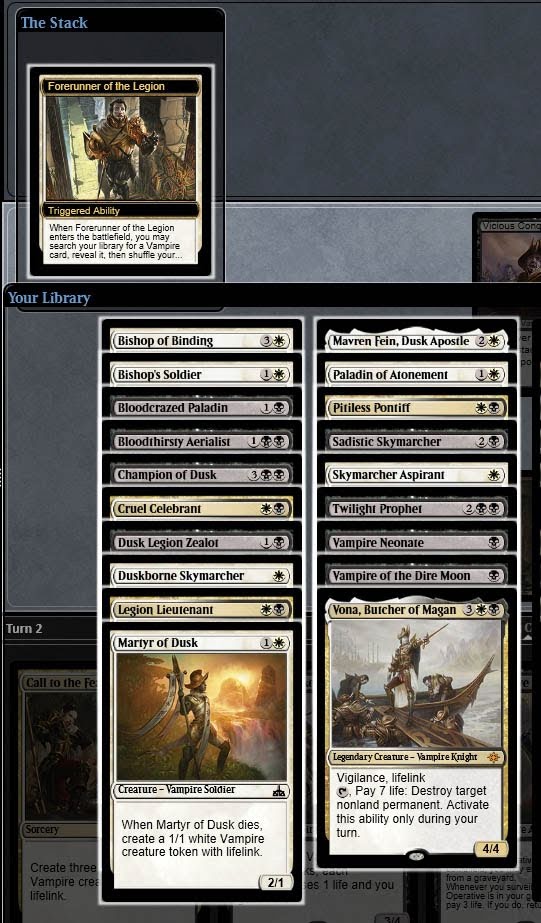 In solitaire no Vampires die. In a real game, they sure will, and then can be used to boost Elenda. 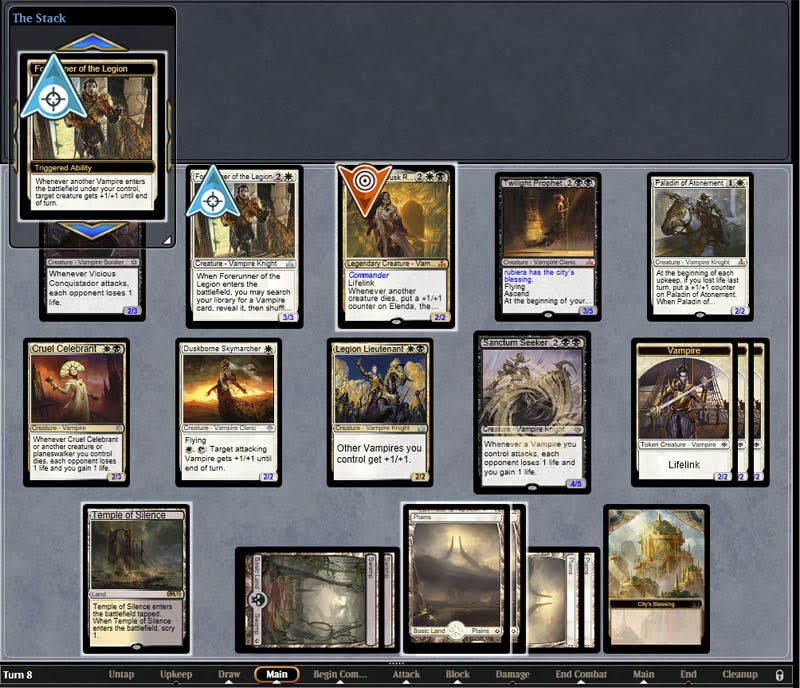 Here is another great layout of Vampires. 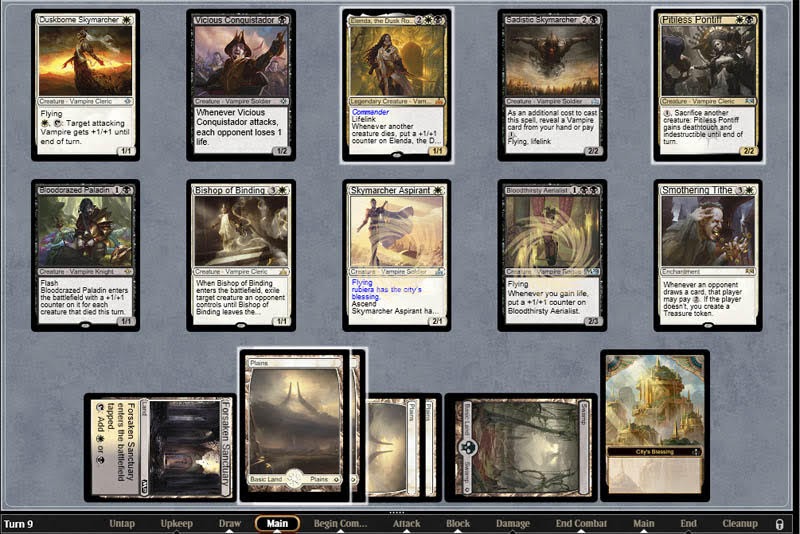 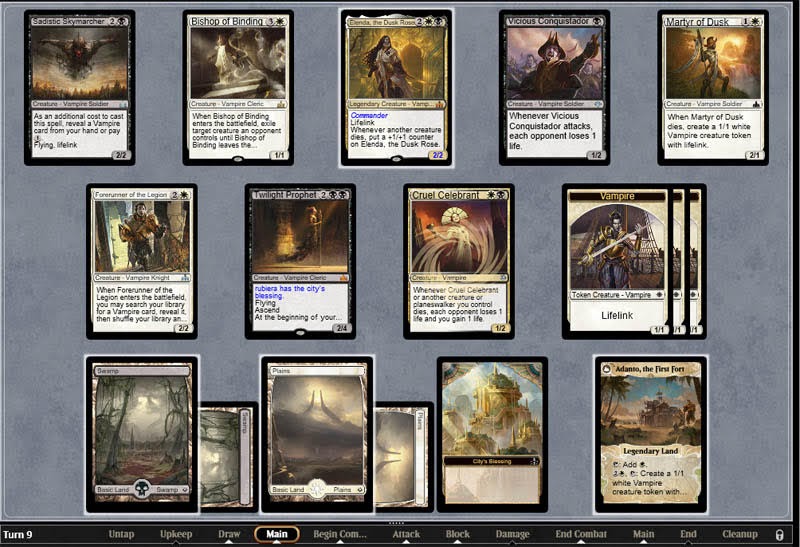 Profane Profession is a fantastic card. It cannot be modeled in solitaire because you want to exile opponent creatures. I have played it against real opponents, and it's a very disruptive card. 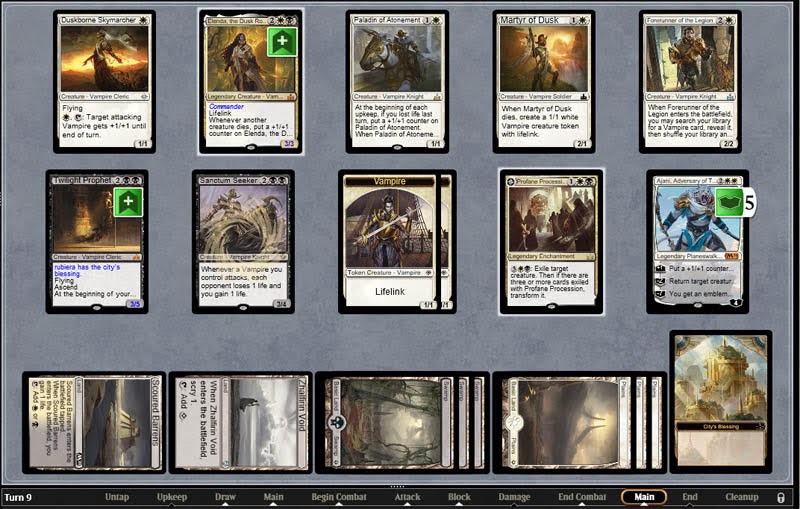 It's linear, all right; and it's also fun!