About the Secondary Market


1. Its simple supply and demand, if a large number of people are willing to build $200 Standard Constructed decks to win at the tournament level, more power to Wizards.

2. I also am frustrated with junk rares, yet it is true that there are fewer of them per set these days. Compare, say, 10th Edition, to Magic 2013.

4. I am not worried about how much love I get from Wizards. For as long as we pay for the product, believe me, we will get the love.

5. The Kamigawa block had to be the "get out of Magic" block for a lot of people. So many of those cards are just plain terrible. Lucky for those who left then, you had many chances to come back with the much-better blocks that followed it.

I think Magic is in a historically great place as a TCG/CCG. And if you disagree, lookup some of the other TCGs and see how easy it is to buy the older booster packs because those cards became unplayable printed cardboard really fast and forever. (I am looking at you World of Warcraft).

I will complain about the $20 cards in the secondary market all day long....that just sucks for a budget player. It means that I will not be playing Liliana of the Veil even though it is an awesome card. Whatever forces that cause this great card to be a $20 card may be a neccessary evil, but it will always suck for me. 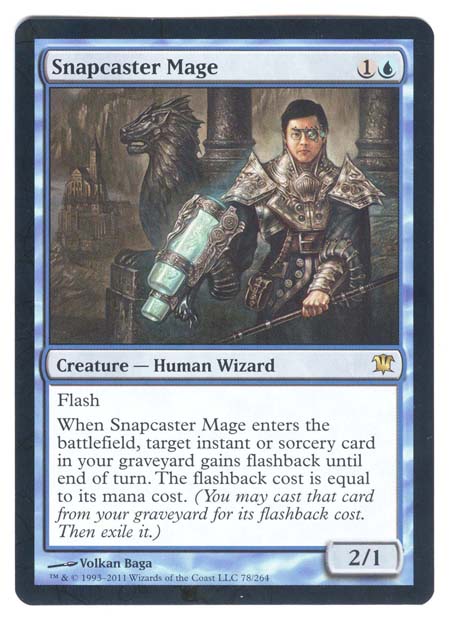