This is yet another Mutate commander in Ikoria. It's Ultimatum is really good but does not read game-ending. It's enchantment is a great card-drawing engine. The clause on Vadrok is about non-creature spells, and that is MUCH better than just instants and sorceries with Theros II having enchantments (even though, poor Theros II lacks the awesome enchantments found in Ikoria). 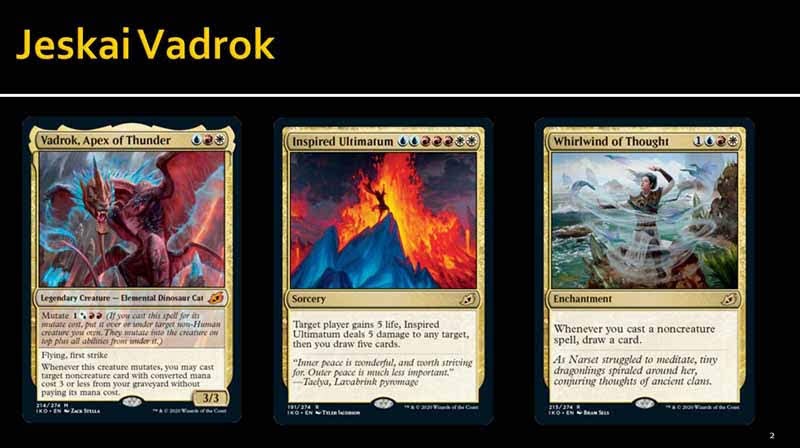 I am not sure if I want to be on Humans in this deck given all the fun Mutate creatures that go well with Vadrok. Maybe there are two completely different builds that work well; one on Humans, the other not. 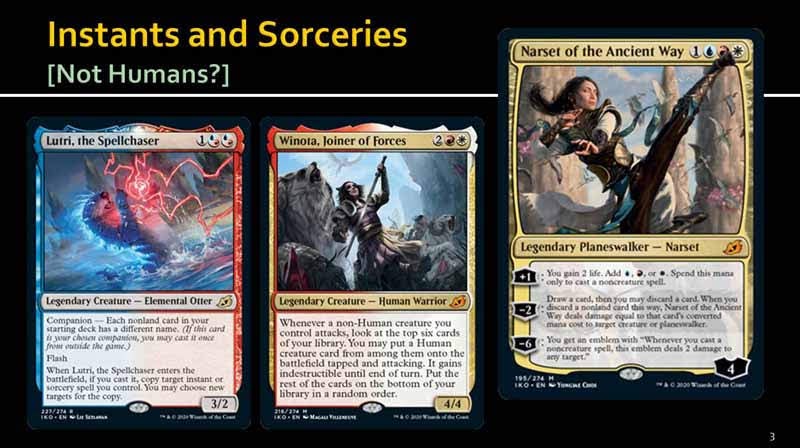 There are some great Death and Taxes cards in Ikoria and perhaps Theros II, and I want them all in this deck. Drannith Magistrate looks like could be a great card, period. 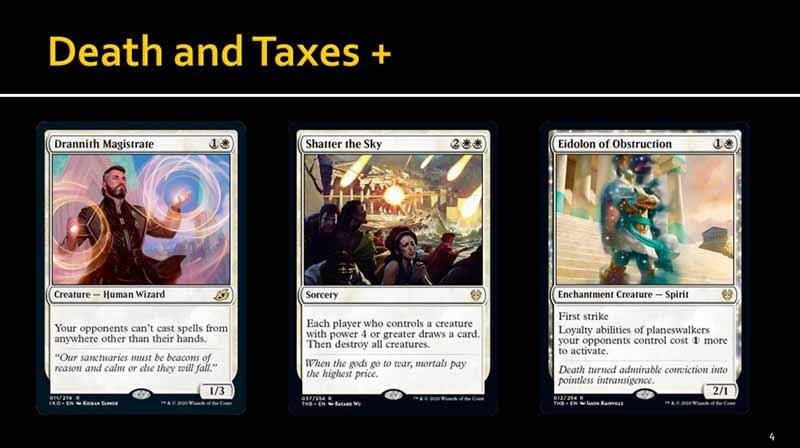 After the Death and Taxes crew is in, I want this deck to be mostly on Flyers for creatures. 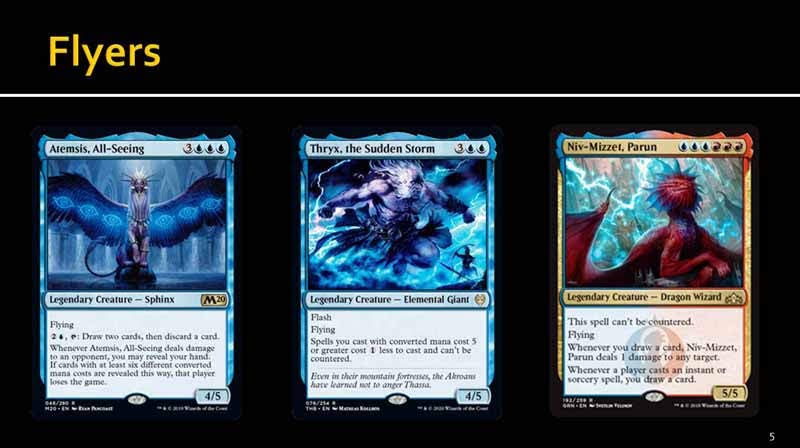 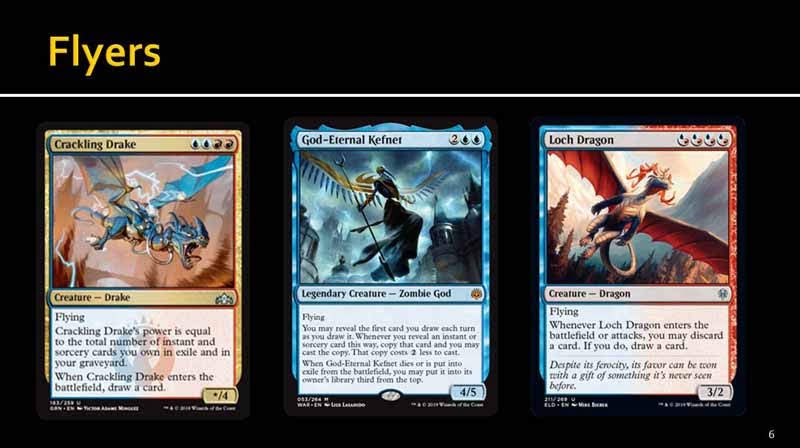 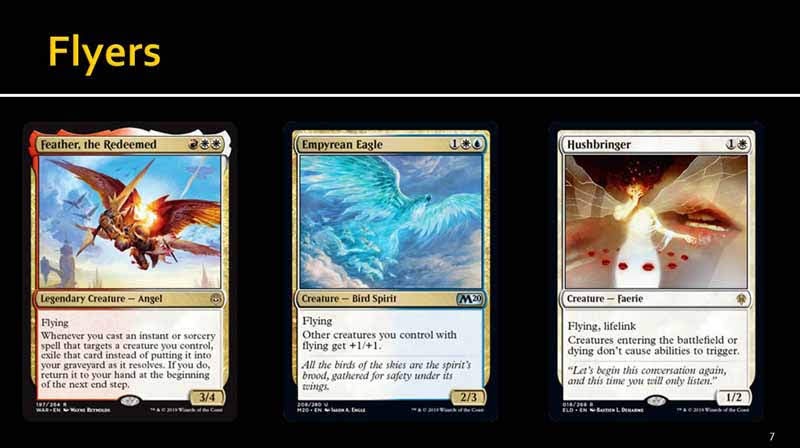 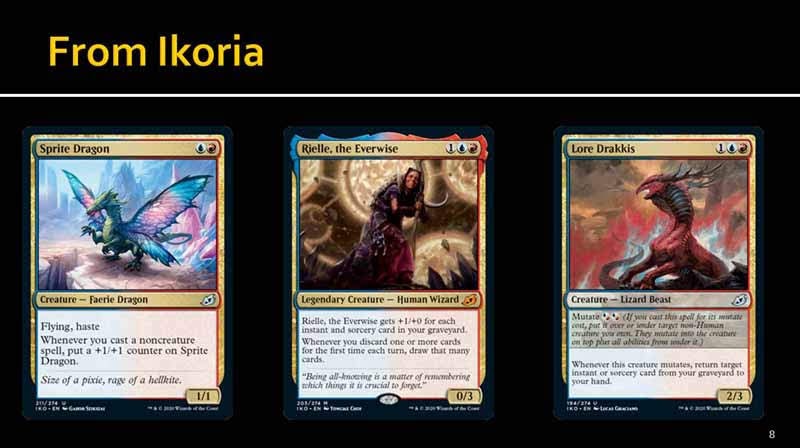 The Mythos for this wedge is versatile, but it does not hit players. 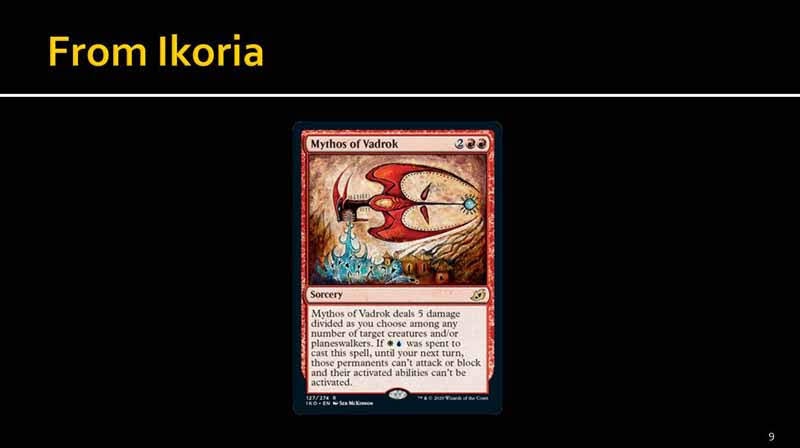 Here is a run of non-creature spells currently in Standard I want to play in this deck. 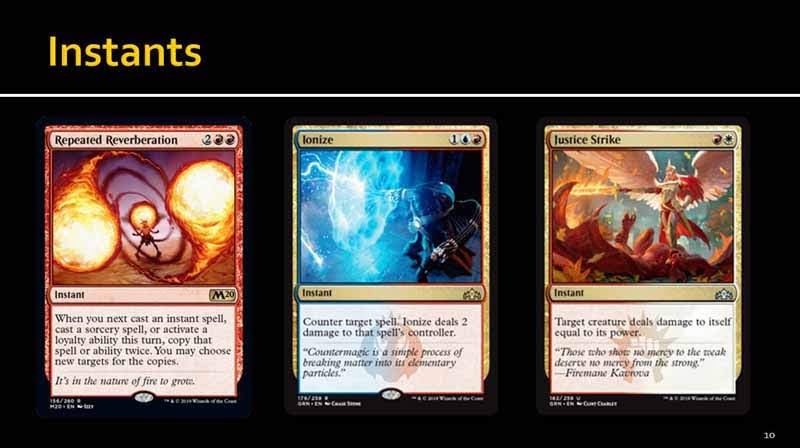 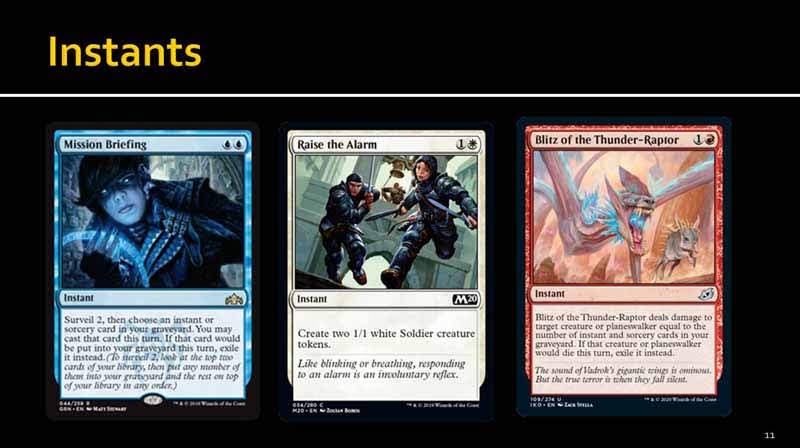 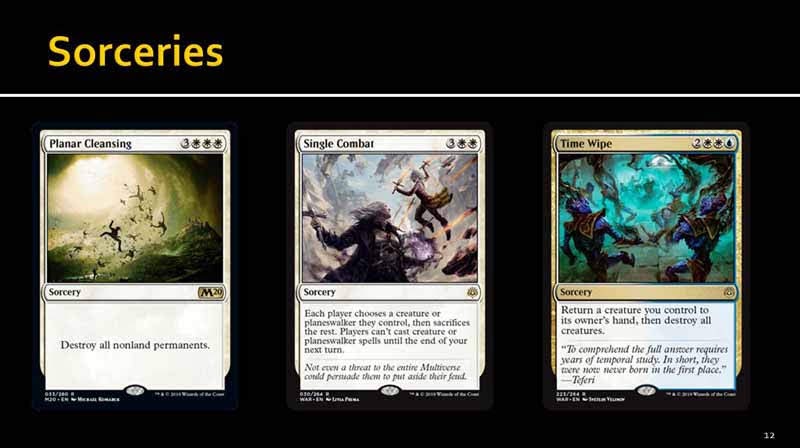 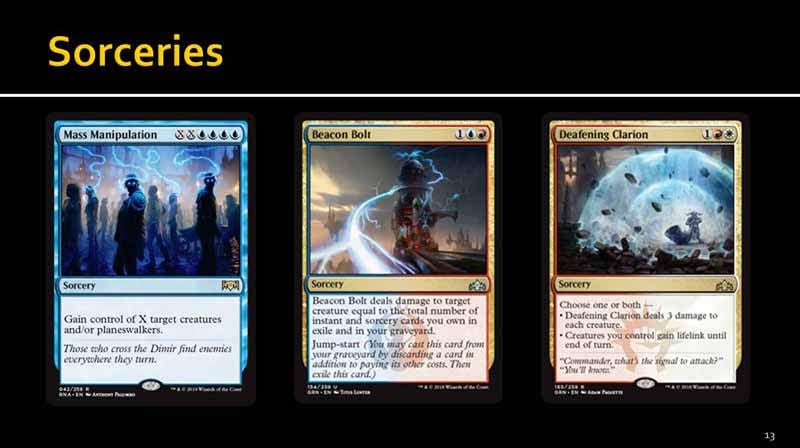 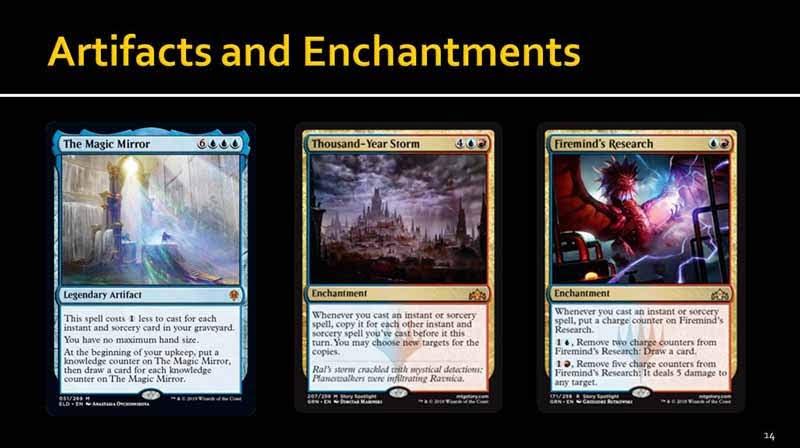