I am really excited about Mutate. I don't care if it turns out to be a casual thing. I will be fine with Mutate even if none of the cards turn out to be super competitive.

We have one common, two uncommons, and one rare for each of the five colors in Ikoria with the exception of Red, which has only one uncommon. They all have medium to heavy casting costs, and this means they will be coming in later in the game, which makes sense: you want to Mutate a small creature into something bigger. As expected, the rares have more bang for the CMC. There is also a strategic choice to make in decks with a lot of creature combat, such as White-Red and White-Green. You may want to have more creatures on the board instead of a few big creatures. I love the discovery for these cards. They are simply a stroke of genius. 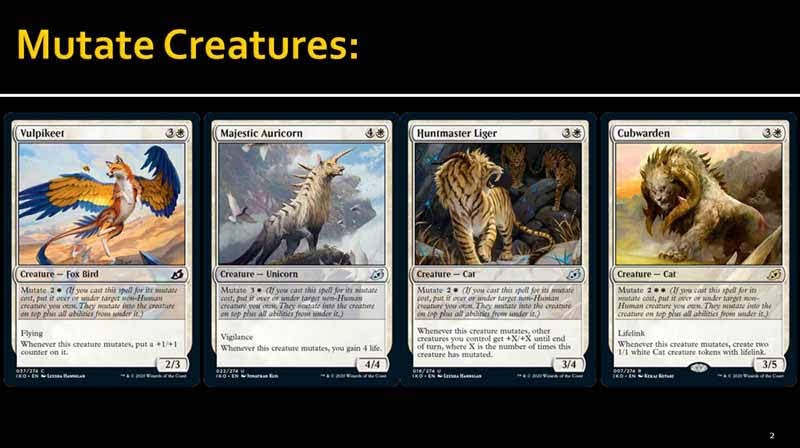 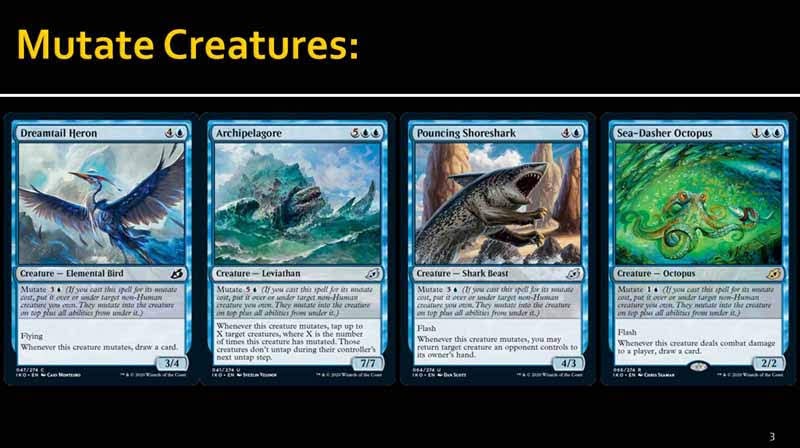 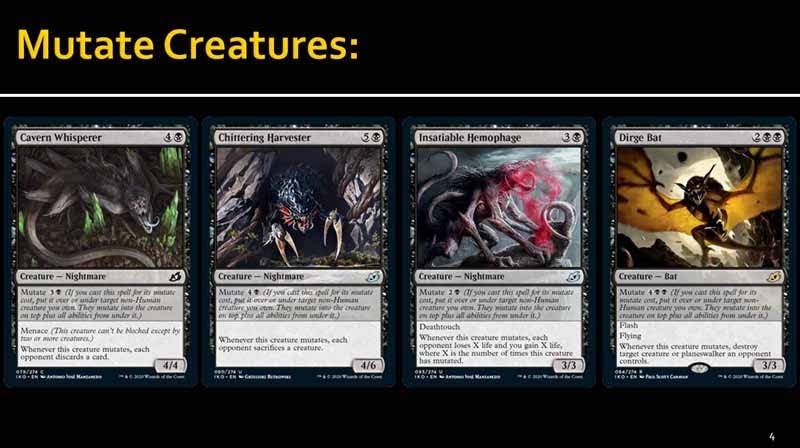 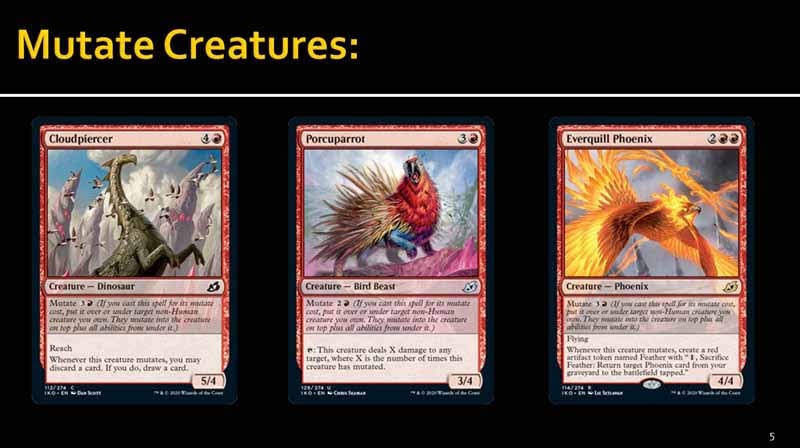 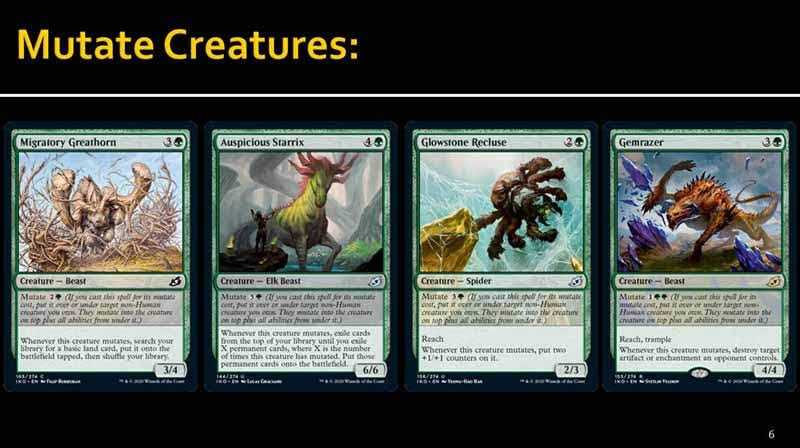 The multicolored ones do not cover all ten two-color pairs, and Simic got two Mutate creatures. 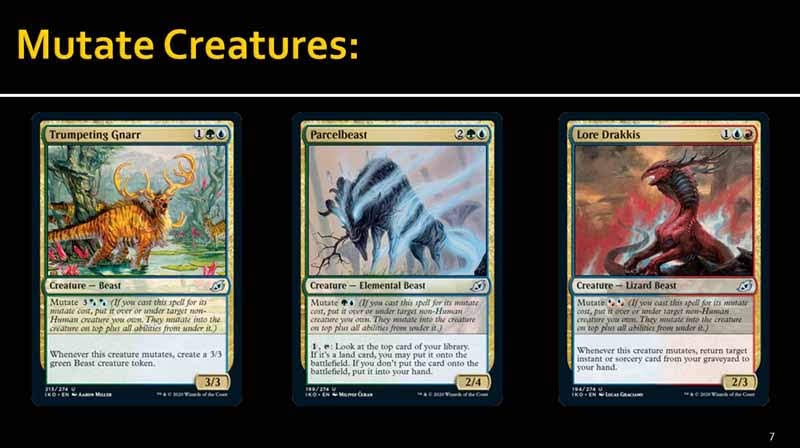 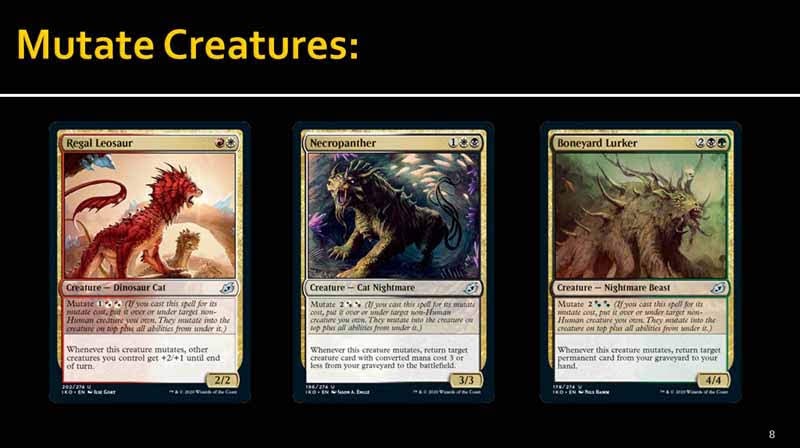 Of course, the reason why specific color pairs got Mutate creatures is because we can use them to build Commander decks in Mardu (Snapdax) and Jekai (Vadrok). 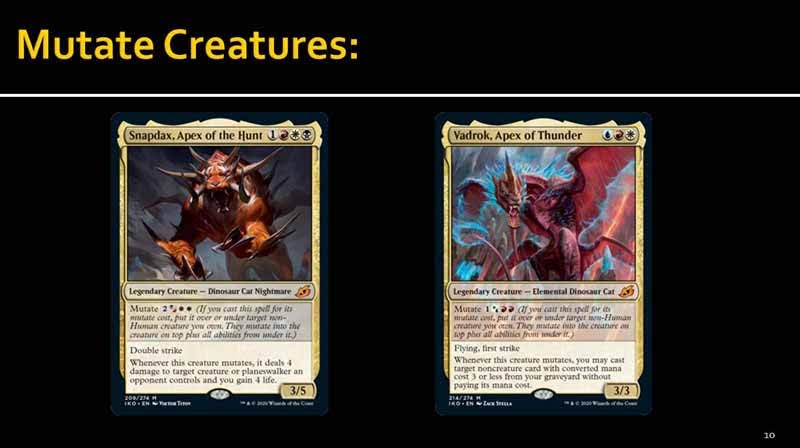 There are also two interesting "two for one" Mutate creatures. I want to try these. You Mutate them, trigger the Mutate condition on that other creature, and then this creature also has a Mutate trigger. This is sooo cool. 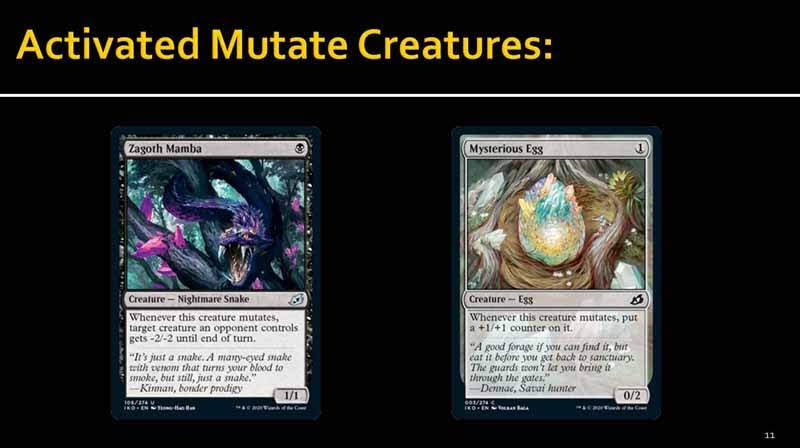 There are also two enabler creatures for Mutate in Ikoria. 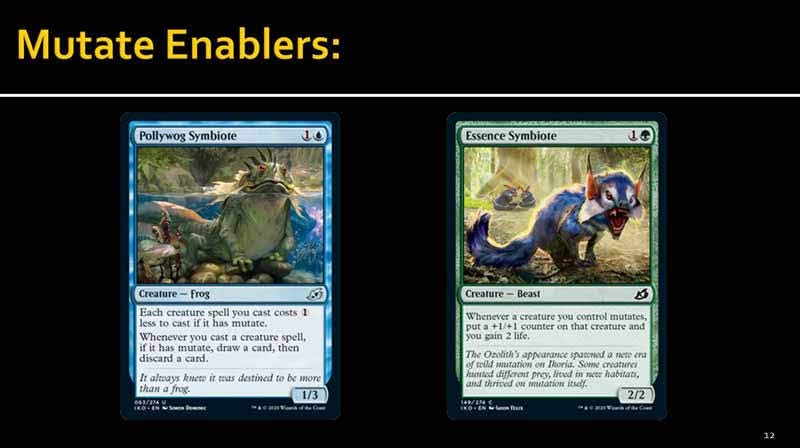 Mutate reminds me a lot of Soulbond, one of my favorite abilities ever. 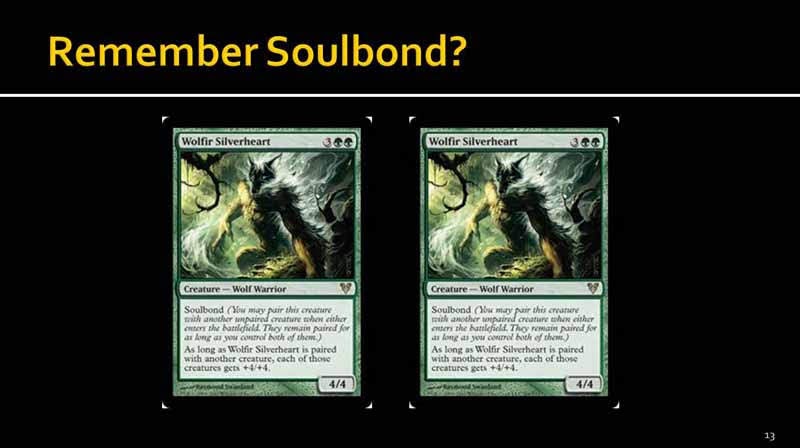 I will only get a better feel for Mutate once I play it. Here are a few examples. The key thing to remember is that Mutate does not work on Humans. 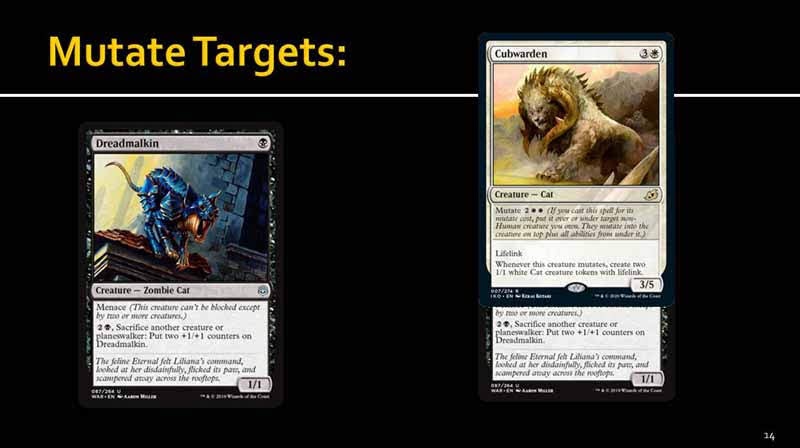 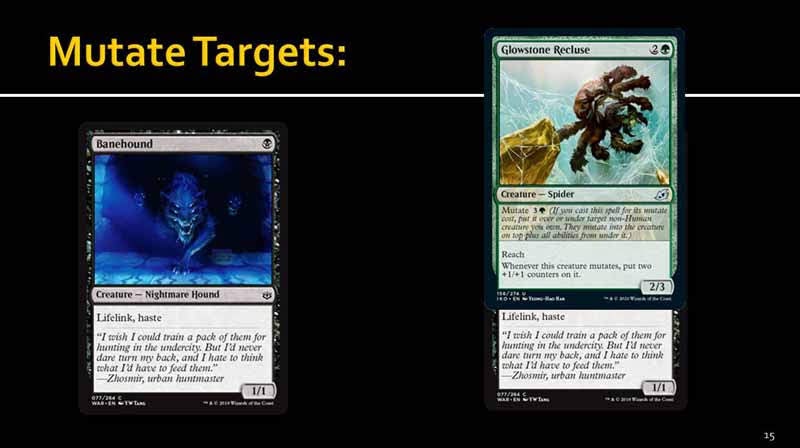 It's one creature, even though it's two cards, and that means you tap the whole thing. 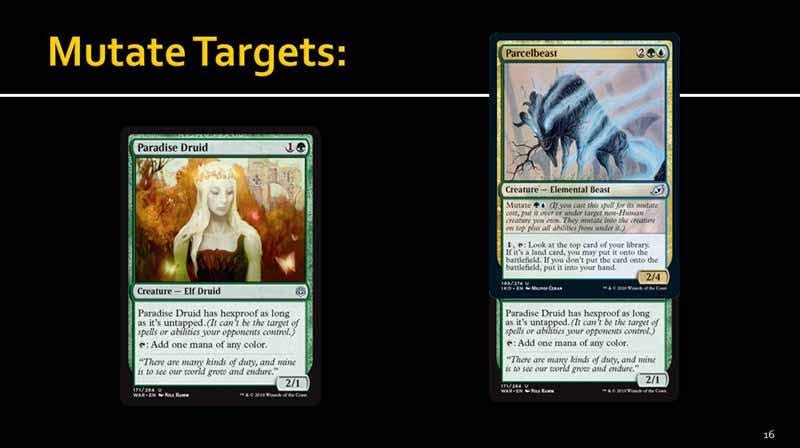