I am all out of money until Gatecrash comes out. I am playing in preparation for it in various mono-colored decks and also pre-Gatecrash dual color decks. Here is a mono-white build-around of the three Sphere of Safety cards I currently have online. This card is the "Pack Rat" of white right now. It is just plain broken, and at uncommon! All you need to do is have many enchantments and you make it prohibitively expensive mana-wise for your opponent to attack. I was on the taking end of this card in tournament practice a few times while playing with that other broken card (Pack Rat) when I got completely locked out by this card. 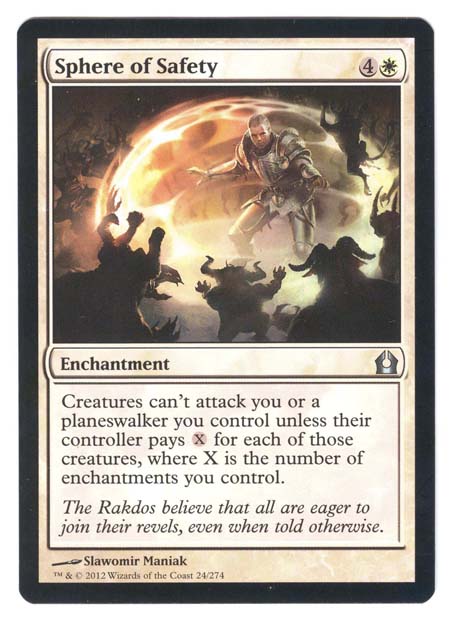 My white cards are OK, but I have not asked the bots for much help in white, except for the play set of Oblivion Ring, a must-have and very affordable staple for pretty much any deck running white. Here is the deck. It is definitely a casual deck. 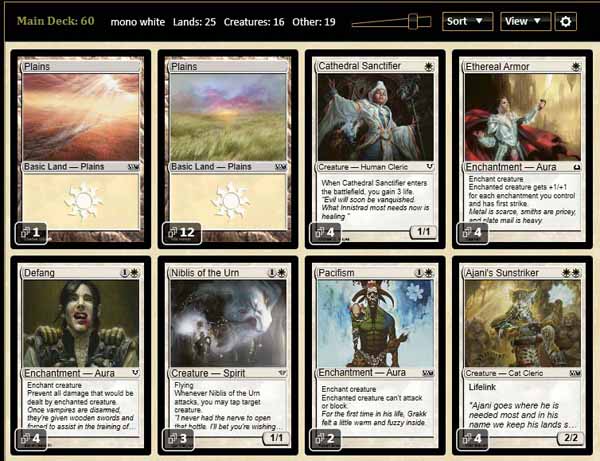 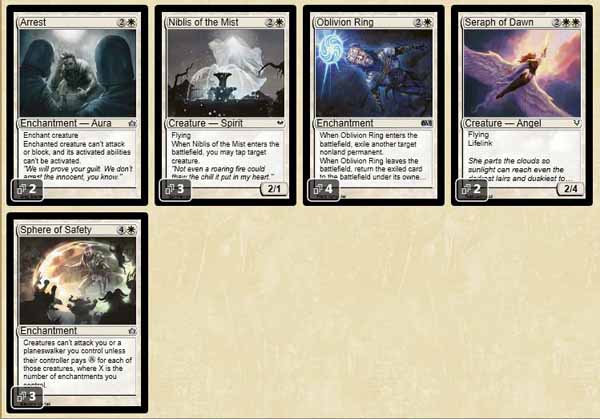 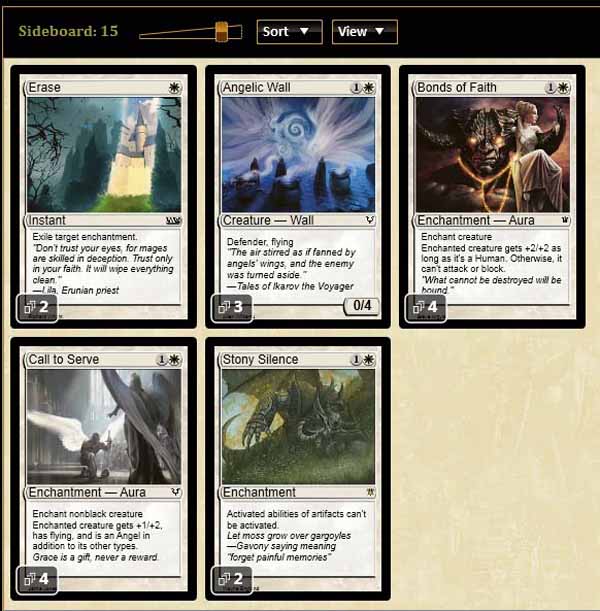 In the early set up I have the advantage, especially with lifelink. 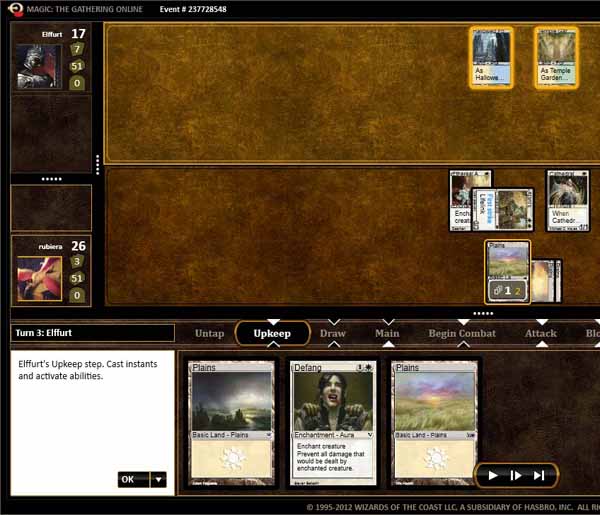 My opponent wiped me with a Supreme Verdict, built their mana base with two of Ranger's Path, and pumped their hand with Sphinx's Revelation. 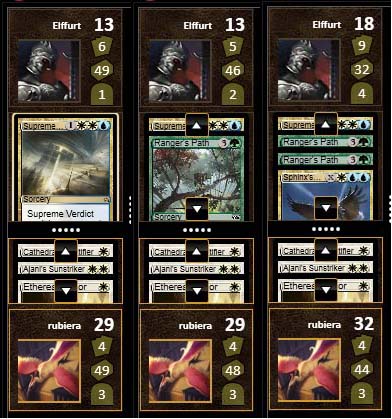 Here is my first Sphere of Safety. 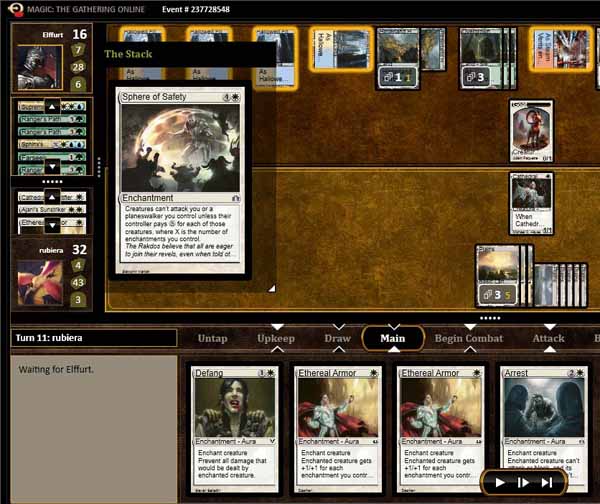 Here is my second Sphere of Safety. 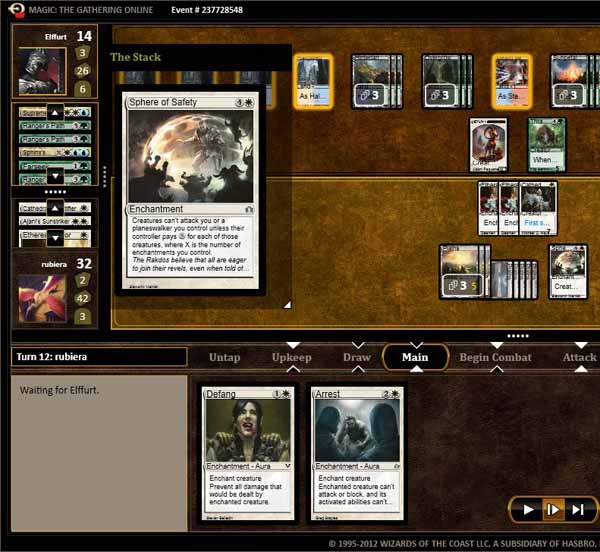 My opponent has 14 cards in their hand from which to choose from thanks to Sphinx's Revelation.

Here comes Thragtusk: The Gathering and I enchant it. 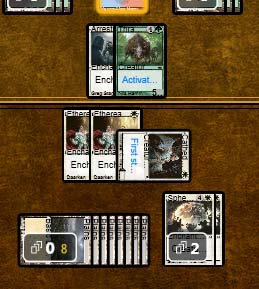 My opponent has been able to play most of their deck to the board: impressive! (7 in hand, 11 in library, 15 in graveyard).

Here is my third Sphere of Safety. 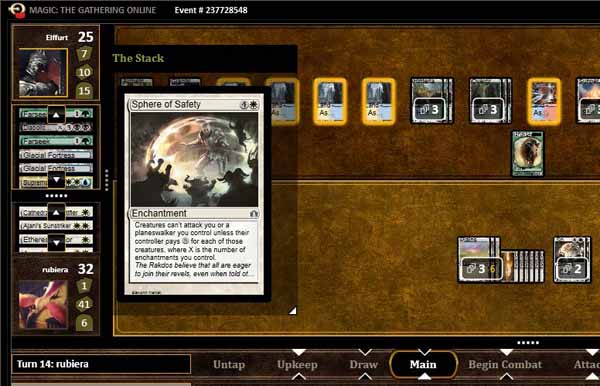 Here my opponent plays Diabolic Revelation, a super-tutor from Magic 2013, a Farseek, and a Supreme Verdict.

And then Griselbrand makes an appearance: lifelink, flying, 8 for a 6/6, no maximum hand ability and my opponent pumps it using Kessig Wolf's Run with counters and Trample.....I am done, its gg (good game, or game over) from here on. 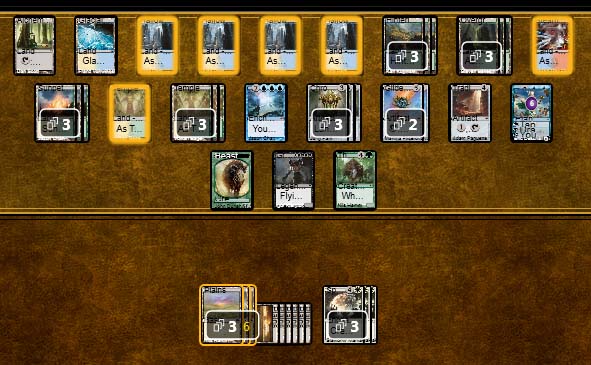 Cyclone Rift deals the deal by putting my nonland permanents back in my hand with its overload ability. 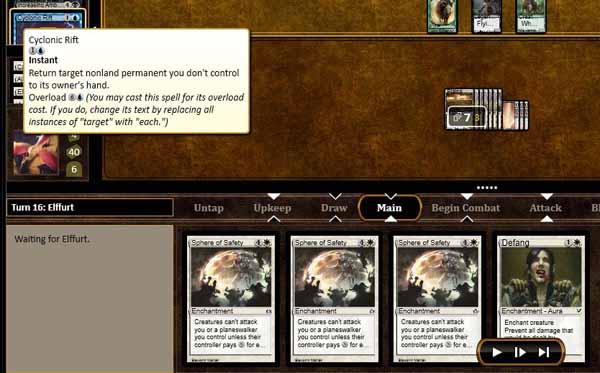