I have learned about Cycling using this deck. Like I mentioned in my previous post, it's great on lands late game because you don't need that land, and it sucks on any nonland permanent because if that permanent is useful to you, why would you want to cycle it? I mean, would you cycle Snapcaster Mage if it had Cycling? I am pretty sure you wouldn't, even if you could do it for zero cost and you got some kind of bonus. 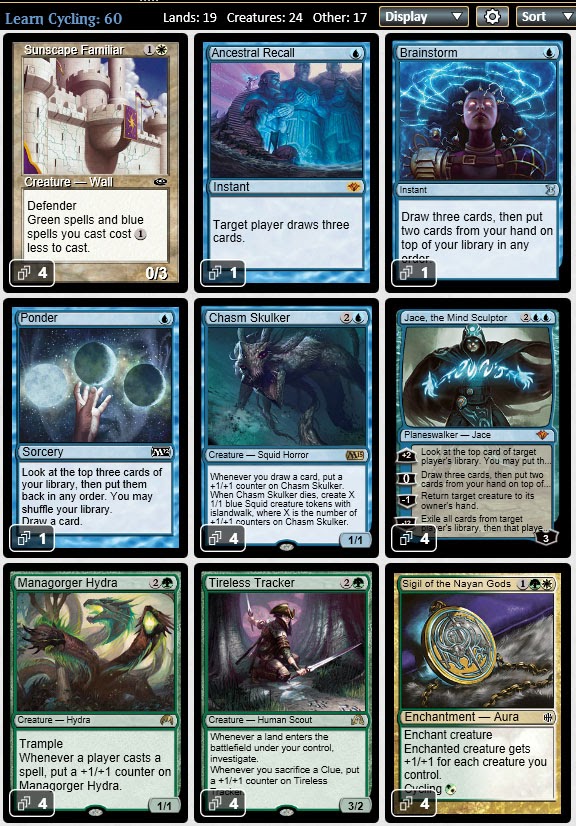 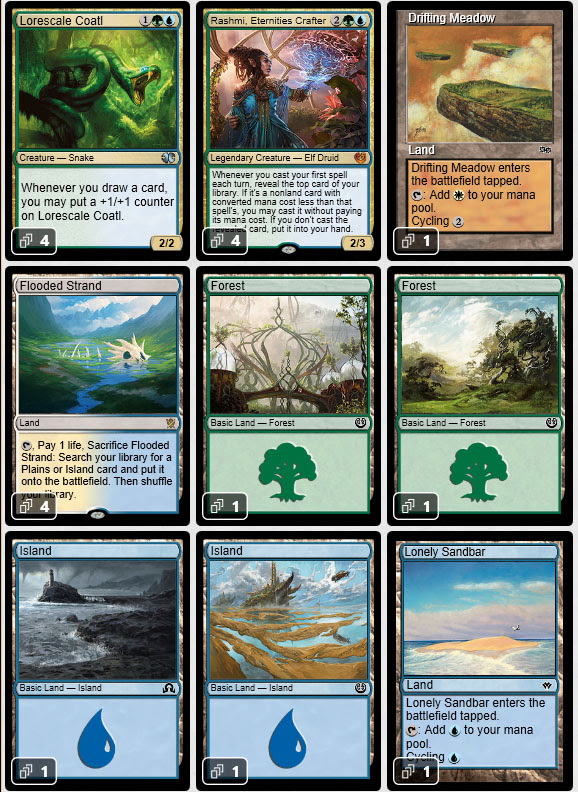 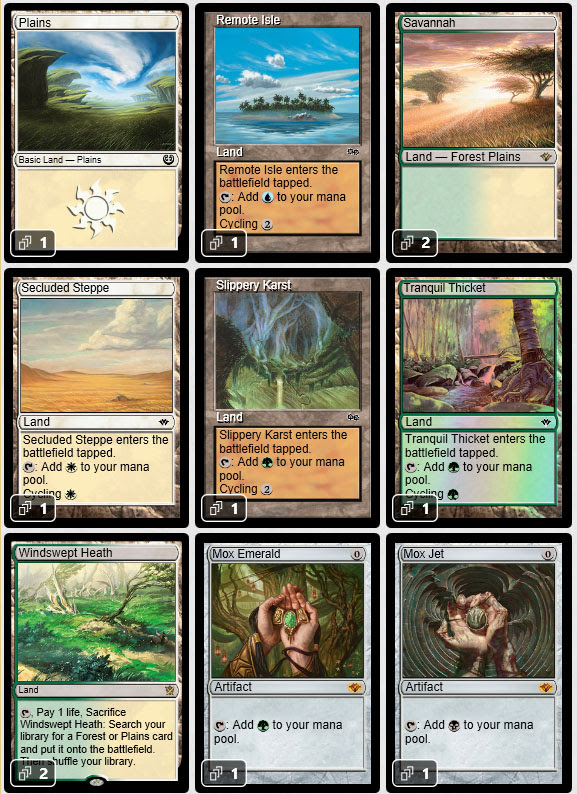 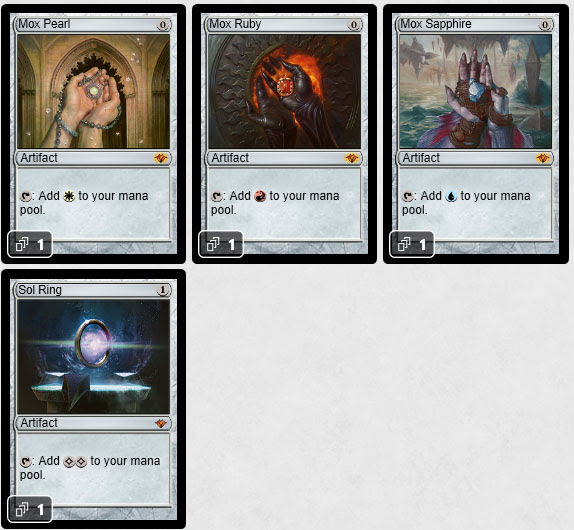 Of course, these games are in Solitaire. In a real game, I would have to include counterspells. The deck has creatures that become huge when you draw cards, and Cycling will do that for as many Cycling lands you have in your deck. 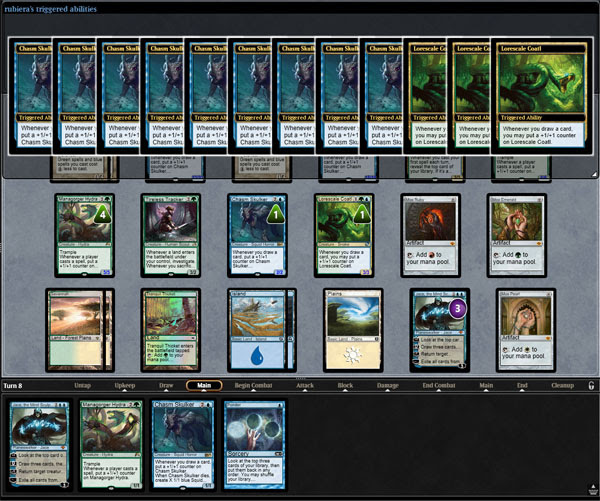 I love all that boosting. 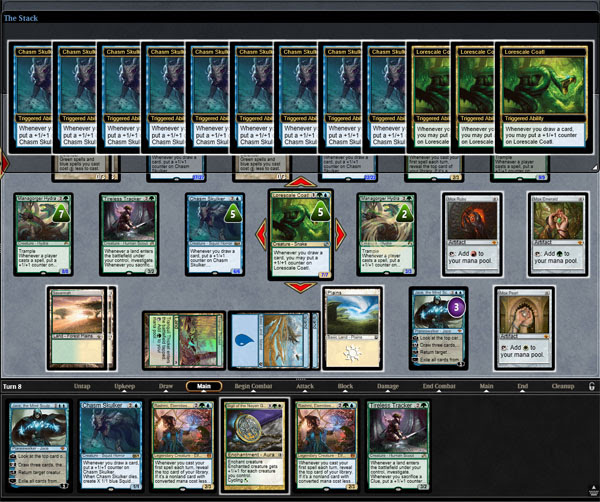 And here is the outcome.

Here is a second game. I trigger JTMS and I still have Ancestral Recall in hand. 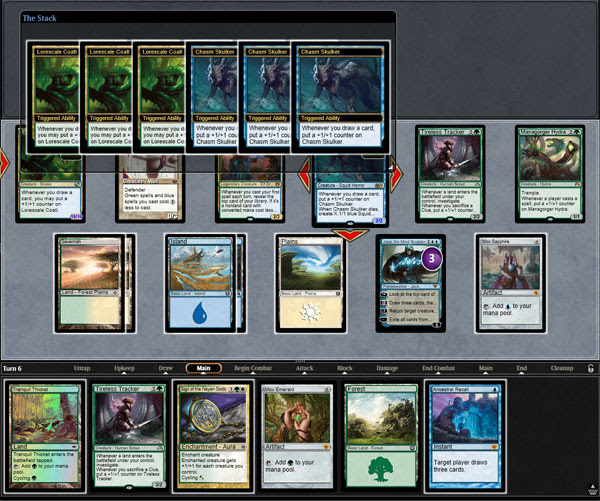 My Coatl is already big enough!

Now I draw through Rashmi because the Mox has zero casting cost. 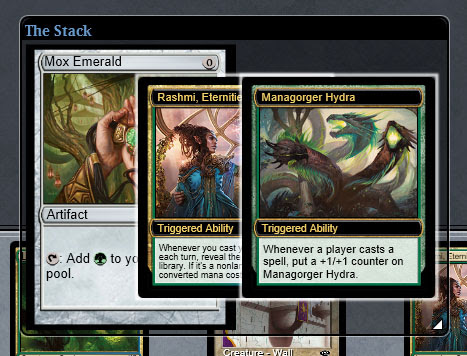 And then I draw more. 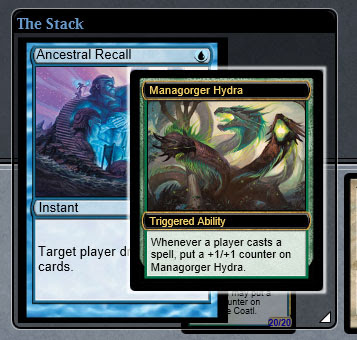 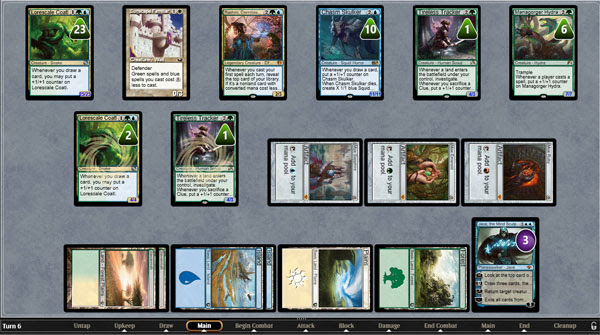 A great board. Yes, in a real game, and even with my own counters, I would never get this far. It looks good, though!