Now that I am using a few Invasion cards, all of a sudden my decks are more fun. I get it why Invasion is so popular, especially Kicker (this ability had me at 'hello'). This shell is great for casual cards: 2 Jace, the Mind Sculptor, and playsets of Swords to Plowshares and Counterspell. Ardent Soldier from Invasion is a ton of fun, and so is Ophidian (I just pulled a paper version yesterday). 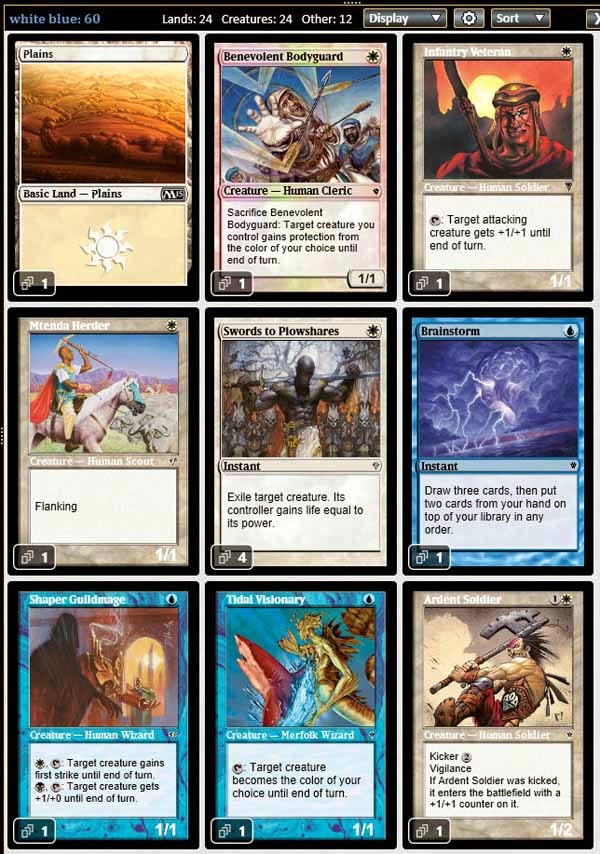 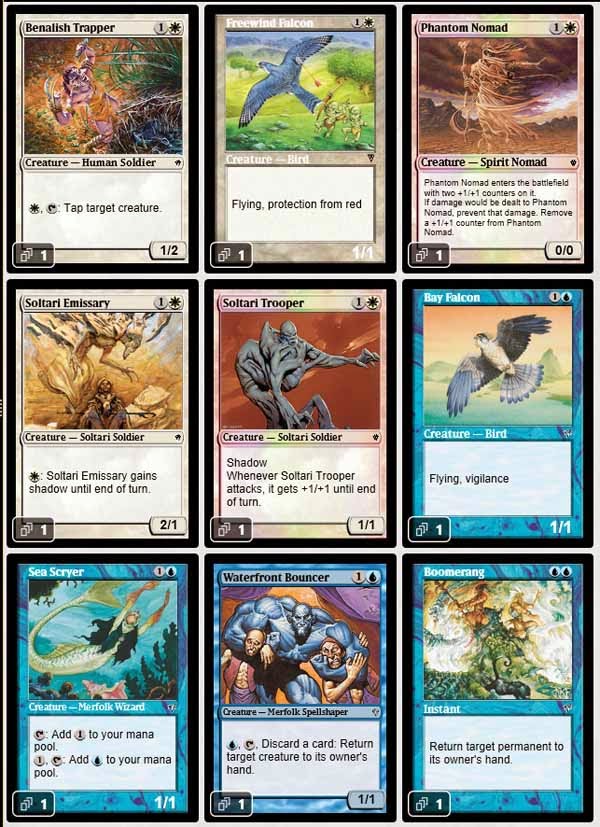 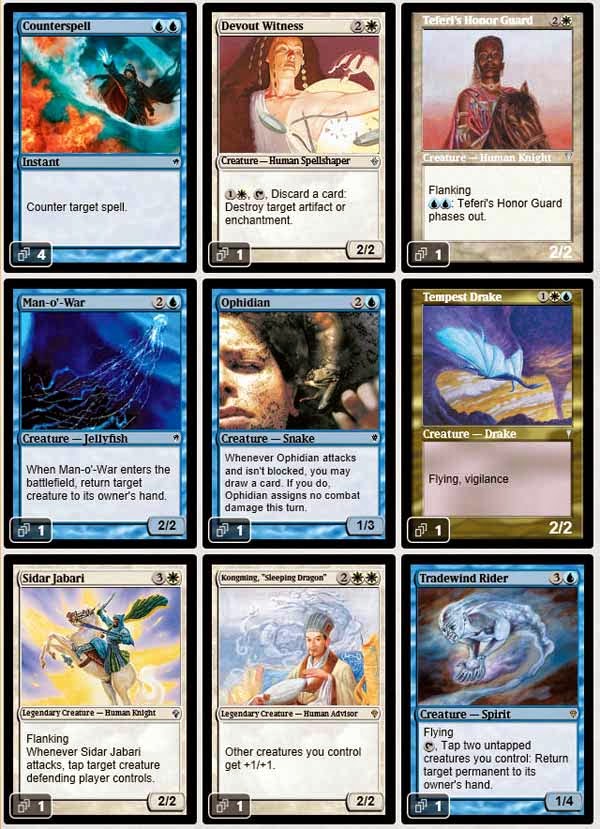 Here is a Sliver deck that didn't have a fighting chance against JTMS: every time my opponent placed a selected Sliver on the top of his or her library, I had Jace to sweep it up. 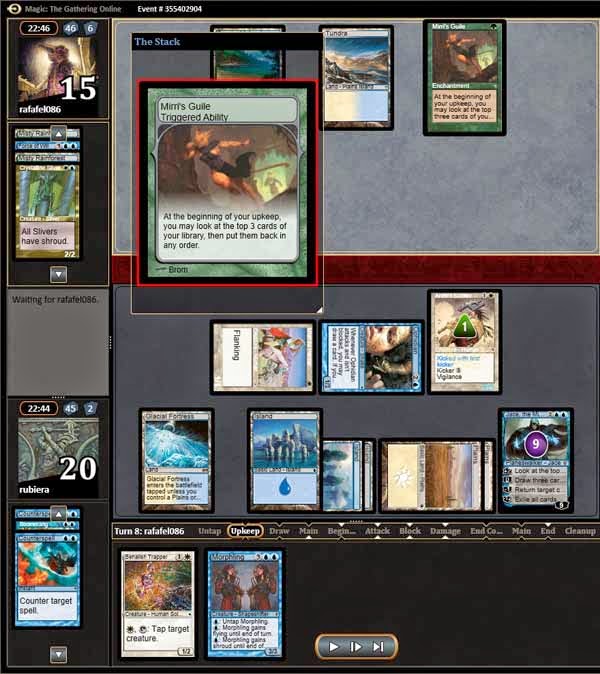 Before there was Aetherling in Dragon's Maze, there was Morphling. 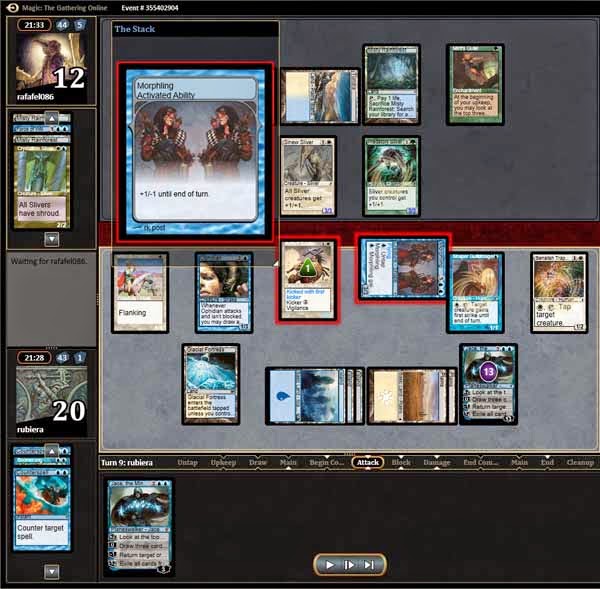 My opponent had a deck built around Haakon, Stromgald Scourge (lets you play Knights from the graveyard). I almost won, but the Haakon deck was the better deck for sure. 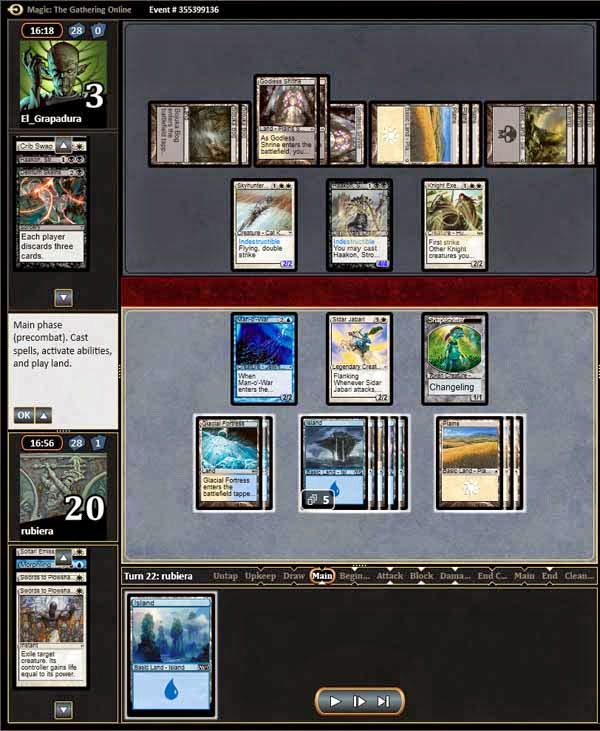